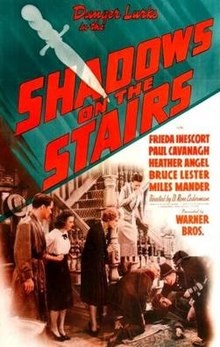 In a boarding house run by an aging stage actress, crime is afoot! A criminal organisation is using the house as a means of transporting large sums of money for a foreign cause, and things are complicated immensely when a member of the gang is murdered. It's to aspiring writer Hugh and the landlady's daughter Sylvia to solve the case... 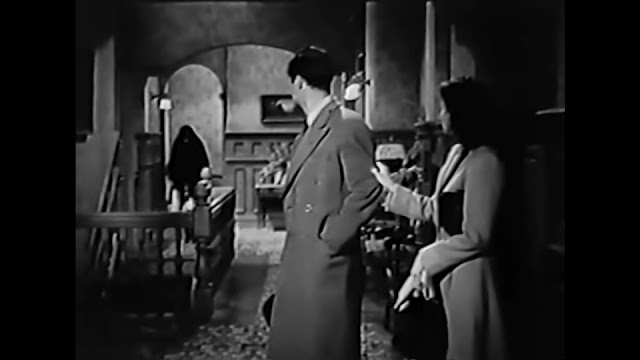 Shadow on the Stairs is a little slow to get going, and it has a lot of characters to introduce in its first act before we fully understand what's going on. It almost feels like a compressed stage play, although if this were 3 hours long I hardly think it'd be improved. The first act isn't bad, but just a little staid, and not wholly interesting.

There's intrigue from the start here. We always have some semblance of an idea as to what's going on. When the murder happens, the film picks up considerably. Shadow on the Stairs is quite an effective whodunnit, with well placed clues, plenty of viable suspects, and a great solution I didn't see coming. Definitely a treat to behold. 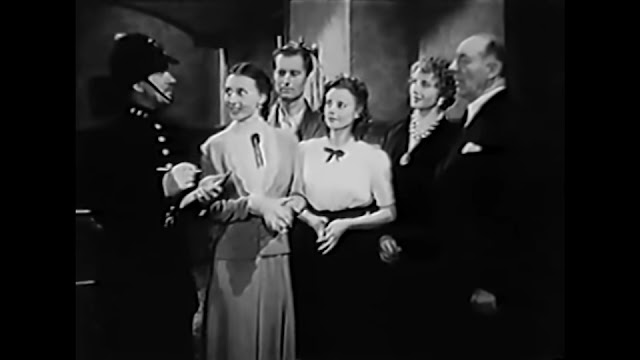 While it takes a little while to emerge, the comedy in Shadow on the Stairs is on point. There are some hilariously brutal put-downs, and adorable moments.

The ending is completely unexpected, and actually makes a couple of weird elements throughout make more sense in a way.

The characters are all quite good. As stated above, it takes a bit before we're familiar with everyone. Some characters like the landlady Stella, beleaguered maid Lucy, and criminal/victim Joseph get a good introduction, while the young lovers Sylvia and Hugh, ostensibly the protagonists, don't really start coming into the forefront until the halfway point. Ram Sing is neat as a shady customer, while my favourite cast member was definitely Phoebe St. John Snell! She's the funniest character in the film. "Actually it's Phoebe Martia St. John Snell. I usually omit the 'Martia'. Too many names seems a bit pretentious, don't you think?". 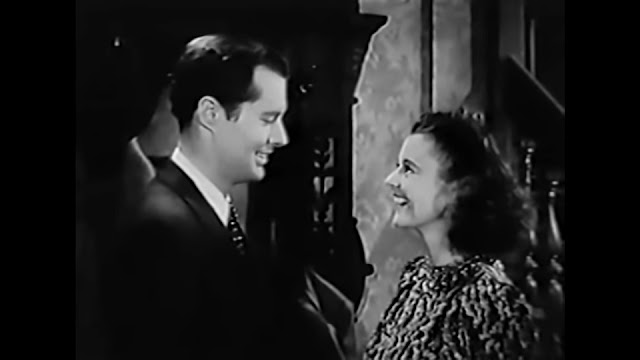 The direction is quite good, with many well filmed moments. We're treated to good character profiles, and dynamically staged action sequences.

The acting, meanwhile, is mixed. Most of the performances are ok, with Bruce Lester and Heather Angel being decent leads. Frieda Inescort however is quite bad in places! I'm not sure if the writing or direction is to blame, or if it's her, or a combination of all three. In any case, it's both funny and cringey to watch, almost too much at times. On the flip side, Mary Field has to wait a while before she's able to show her talents, but show her talents she does! 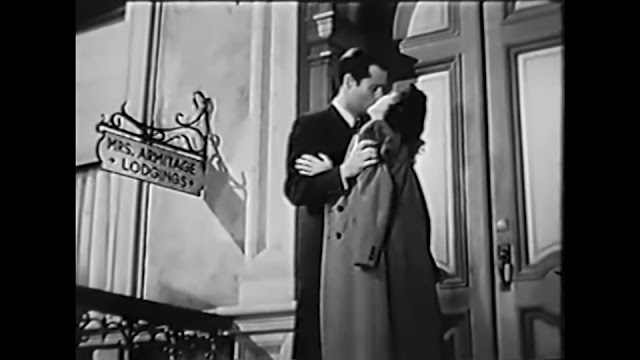 I've seen a lot of 1940s mystery-comedies from America lately, so the very British Shadow on the Stairs was a nice treat. It's an enjoyable whodunnit and I recommend it...
Posted by Chris Hewson at 2:50 AM