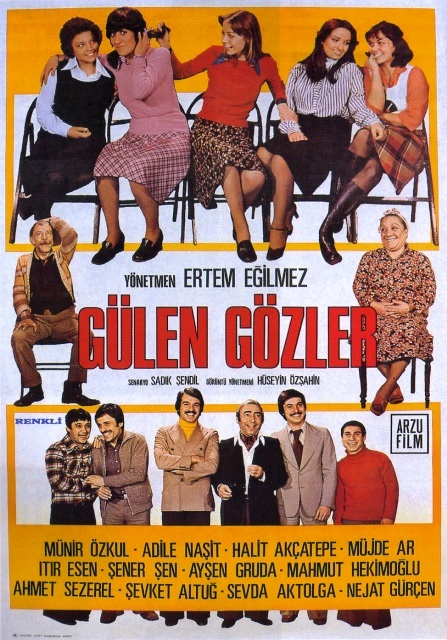 While Turkey's Yeşilçam period of cinema is known well on the internet for its ridiculous b-movies, there was plenty of other stuff to see, and while those pulp flicks certainly weren't unpopular, it's these kinds of films that were the real showstoppers for the masses. Comedies and romance (often a mix of both) were a dominant genre, and there's a ton of classics to be seen from the industry... 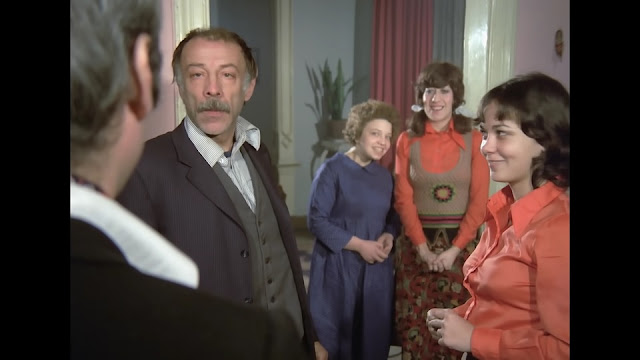 Yaşar is the poor but proud patriarch of a large family of girls, who in his [impatience] gave male names in the assumption that he'd be gifted all boys. They all try to eke out a living, while finding romance. There are plenty of hurdles/obstacles along the way, from their father's disapproval, to DIY disasters, and an unscrupulous businessman...

Gülen Gözler (Laughing Eyes) might just rank as one of my favourite Turkish comedies, or indeed Turkish movies overall! It's a very enjoyable slice-of-life comedy, going from scenario to scenario with quick pacing, fun storytelling, and well developed/fleshed out characters 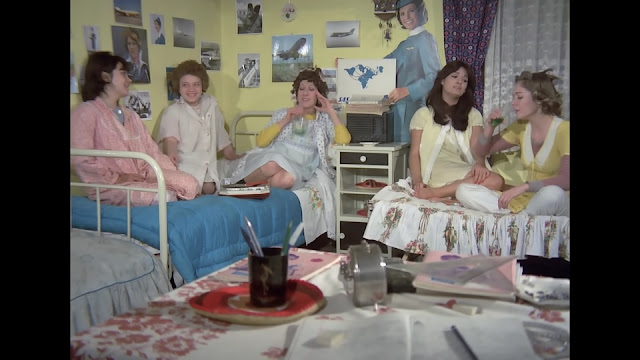 There's a plethora of female characters, with the five masculinely named girls and their kooky mother. They're all distinct from each-other too, both visually, and personality wise. It's great to see how much effort was put into the

The male characters are fun too, from the somewhat grouchy patriarch, to his troublesome and dopey hired help, and of course the adored and loathed suitor Vecihi. Less effort was put into the other love interests though, two of which are almost identical, and fit the mould of Attractive Turkish Male no. 6 to a tee/perfectly. 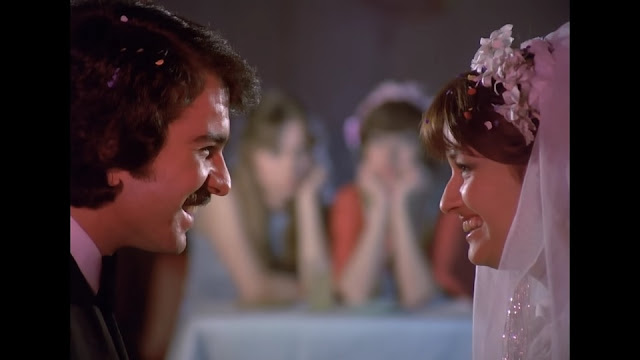 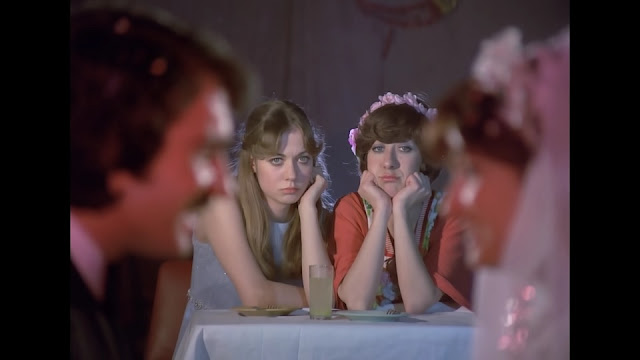 The comedy here is great. Not only is there plenty of funny dialogue, and character interactions, but many neat setpieces too. Some favourite scenes are the karaoke scene, and the following one, which was hysterically funny to me. The ending is something special too! I won't say any more, to keep everything a surprise!

If I had to pick out any problems with the movie, there are a couple of tonal issues. The detergent scene is very funny, and score with lighthearted music, but this ends up feeling a bit sour when this event is treated with severity afterwards, playing into the climax. It's also/doubly odd seeing the women crying despondently at the end of the scene as things take a turn for the worse, yet the happy music is still playing away.

The acting is a high point, with a lot of distinctive faces from Turkish cinema showing off their talents here. To name them all at once would make your head explode if you're not familiar with Turkish cinema, but suffice to say, there are plenty of great performances on display. 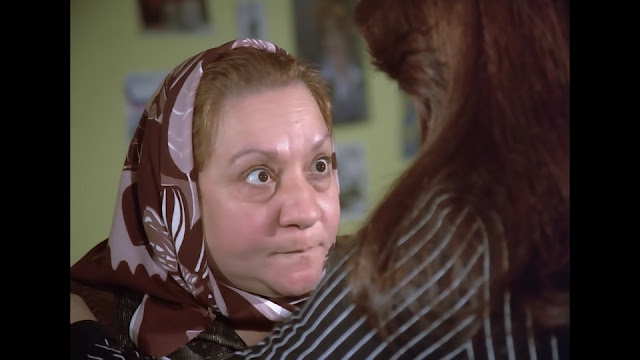 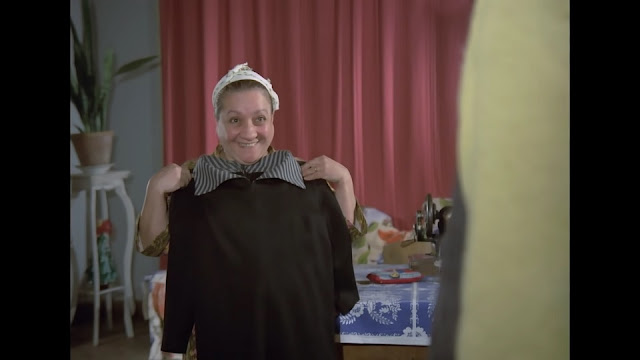 The score for Gülen Gözler is nice. No big songs or anything like other Turkish flicks, but what we get is good, from the upbeat and chirpy tunes, to the more sombre ones in the dramatic scenes.

This film is very well directed. Many scenes are shot creatively, and all the ones involving the place are done really well. They manage to make everything look pretty seamless, and you'd swear the actor really was a pilot, and really was just casually flying a plane while acting. 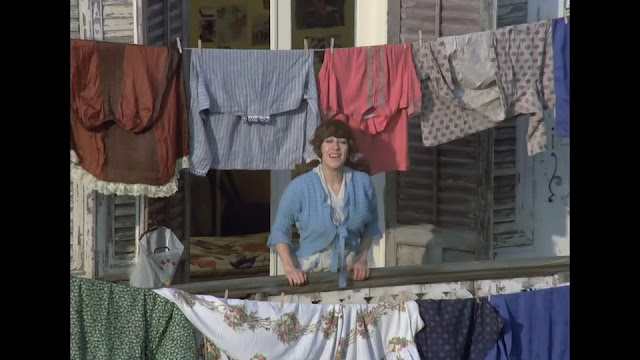 Gülen Gözler is a great introduction to Yeşilçam cinema, and showcases fantastically the majority of what Turks were watching compared to the cheesier fare...
Posted by Chris Hewson at 8:27 PM