Sweethearts Danny and Doris are about to get married, and wish to get her father's blessing before they go through with it. Together with their friends, they venture to Professor Farrington's isolated castle abode, where sinister things are afoot. People drop dead, bodies disappear, and somewhere a devastating death ray is being built!... 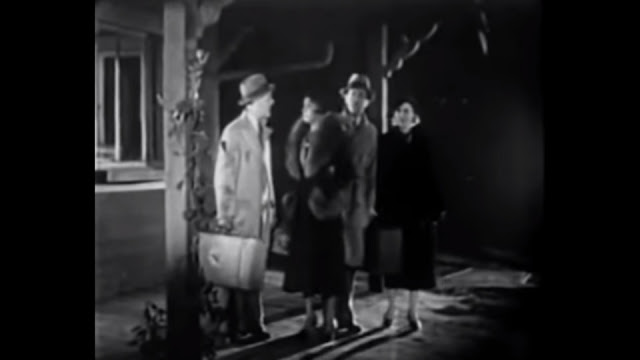 Murder at Dawn is an old dark house movie with an interestingly unique setting, and a cool high concept sounding plot! A mad scientist working on a death ray in a mountain hideaway? Sign me up! However, the film never really lives up to that description, and there are more than a few problems.

For a start, there are far too many characters, and most of them get so little to do or so little introduction that you barely know who they are. There's about eleven overall, and besides the four leads, none really stand out. The villain is pretty good, and looks spooky enough, though doesn't do a whole lot/huge amount, and his evil plan is...somewhat lacking-'If you don't give me the formula, I'll kill you! THEN you'll give me the formul...Oh wait'. 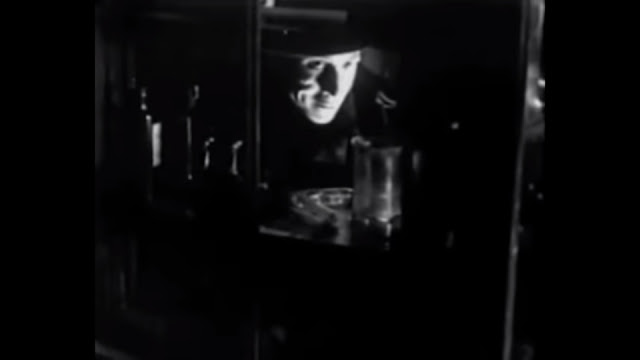 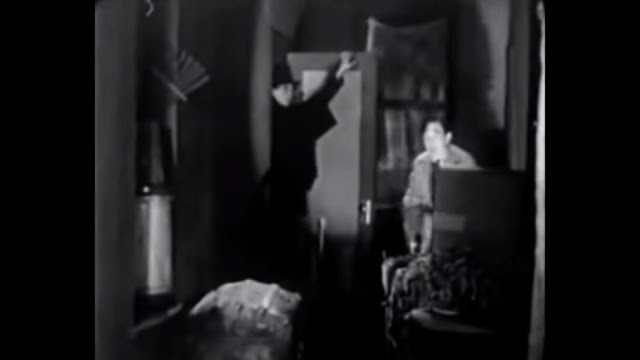 The 'mad scientist' of the summary is actually pretty sane and benevolent, unfortunately. He's ok, but is absent for most of the picture.

The characters who get the lion's share of screentime and development are the main foursome. Danny and Doris are your typical romantic leads, and I liked them. Fred and Gertrude meanwhile are an amusing comic relief couple, always getting into some sort of mischief. Fred was sometimes bordering on obnoxious, but I mostly found him funny, especially when paired with Gertrude, who gets some hilarious scenes on her own too.

The plot is absolutely minimal. It's pretty much nonexistent. There's enough plot to get the leads there to the castle, but once they arrive they just sorta amble about the place for an hour, before stumbling onto the evil plot 5 minutes before the end. It's a shame, honestly, because the story had the potential to be interesting, and very fun! 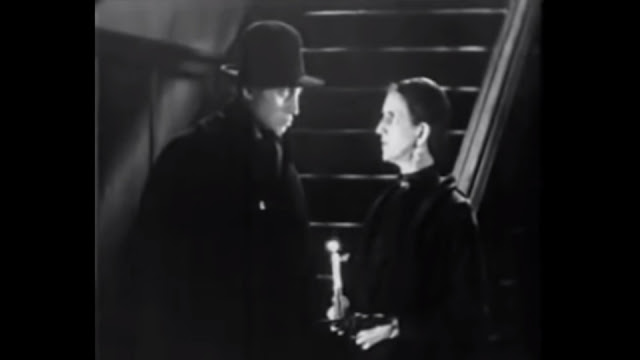 The acting is pretty fun. Some moments are more over the top than others, but for the most part it's all fine. Jack Mulhall and Josephine Dunn are good leads, while Eddie Boland and Marjorie Beebe are the life of the party. Beebe in particular gets one particular scene that I bet she must've enjoyed doing! It's moments like this that make you sure the people involved in these pictures knew they were cheesy, and had fun with it.

The pacing in Murder at Dawn is pretty leaden due to the  It's never boring, but you keep waiting for something to happen, and it never does! When it does come though, the tension is superb. The 'ticking clock' during the climax is really well handled, especially thanks to the next point.

The direction here is surprisingly good! It's pedestrian for the most part, but then you've got moments that are really well handled, such as the climax, and the rising dawn's part in it. 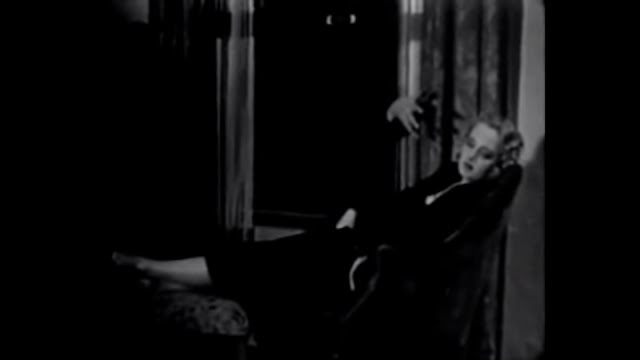 Murder at Dawn is a disappointment, but it's got its good qualities, and I didn't regret watching it. It's definitely a film that could benefit form a remake, I think. An old timey style remake though, of course, not a modern day one! I mean, could you imagine?...
Posted by Chris Hewson at 6:30 AM