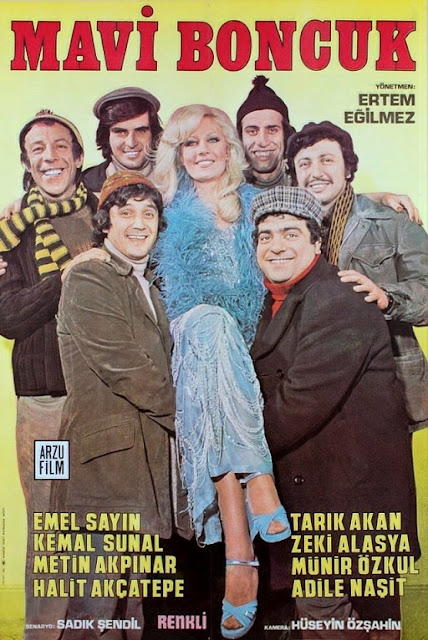 A household of guys are out on the town, when their visit to a nightclub ends with them being beaten up after they can pay the extortionate bill. As revenge they decide to kidnap the club's star attraction, famous singer Emel Sayın. She is naturally just a little bit peeved at the ordeal, but both parties soon realise they hold grudges against the same crooks, and together they scheme a bit of payback... 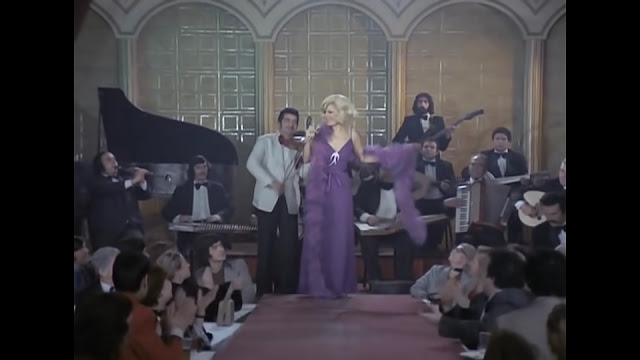 Mavi Boncuk (The Blue Bead) is one of Turkey's most beloved comedy classics. It's got a fun hook, a brisk runtime, and features many Turkish icons at the top of their game. 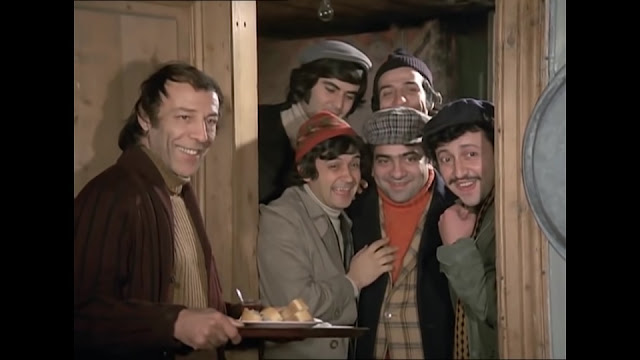 The plot is reminiscent of Overboard, but predominately does its own thing. There are some who really rail into that film now, and while I don't wish to be harsh to them, I think such people look into things too much, and are unable to simply switch off and have a good time with a movie. The same is true here.
But there are many reasons why I think the plot and romance in Overboard works just fine. There are two factors at play. The first is the story, which has to make sense. Second is the characters. We have to believe everything they do and how they interact, otherwise it'd come off like they've got Stockholm syndrome. How does Mavi Boncuk fare? I think it handles it decently, and it's all tongue in cheek anyway, though the woman does start acting a little strangely in the last act! 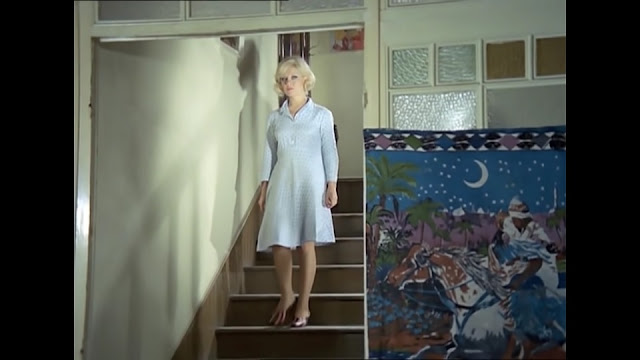 On that note, I found the last act to be a bit lacking. The guys all come to the right decision, and we get the kind of ending reunion we all expect, but everything that happens in-between feels a bit small. We don't get much of a resolution to the nefarious nightclub. The ending is nice, though I kinda wish there was a little more. 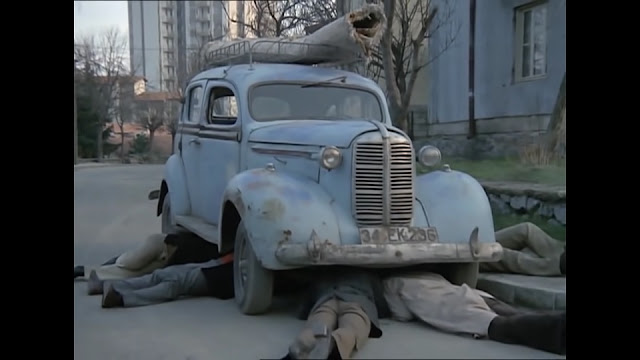 The cast assembled here is a who's who of Turkish cinema, from heartthrob Tarik Akan, funny man Kemal Sunal, mature Münir Özkul, diminutive Halit Akçatepe, cackling Adile Naşit, and more, all doing good jobs, and sharing great chemistry. A notable presence is singer Emel Sayın, who is not only a fun presence, in acting and musically, but she is also playing herself! It's a surprising touch, and gives a neat dimension. 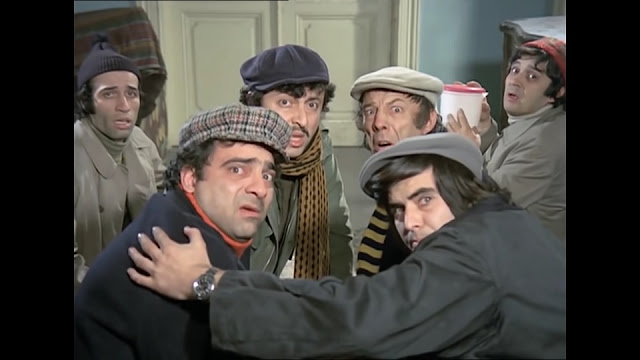 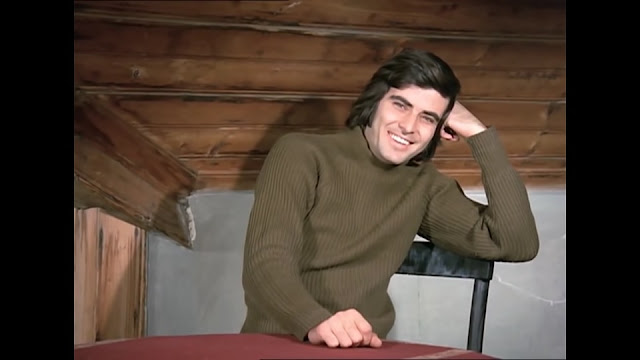 This is a musically neat film. The main theme is a great song, even if it is a bit repetitive and overlong towards the end (especially when they repeat it!). The rest of the score is likewise, using the song to create different tracks and leitmotifs, all of which are lots of fun. 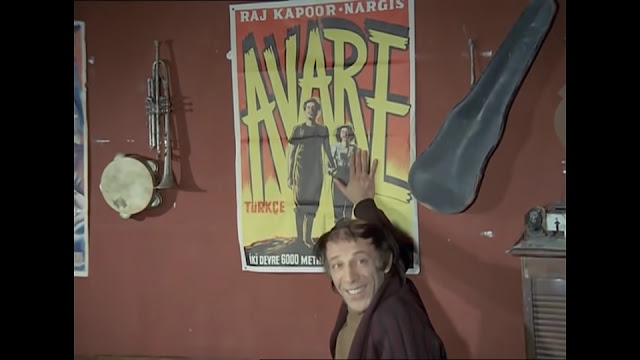 The film works visually too. It's a low-budget movie when compared with Hollywood, naturally, and the settings it uses are minimal and small-scale, but effective. The ritzy nightclub is nice, as is the boys' flat, complete with old movie posters, giving a nice bit of aesthetic and history. 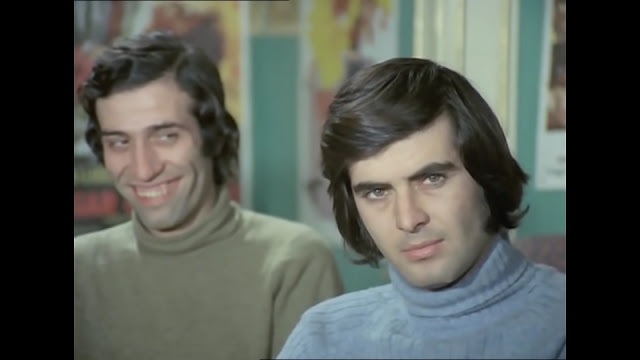 Mavi Boncuk is a fun example of Yeşilçam cinema. Not one of my favourites, but still a good time to be had...
Posted by Chris Hewson at 7:37 AM