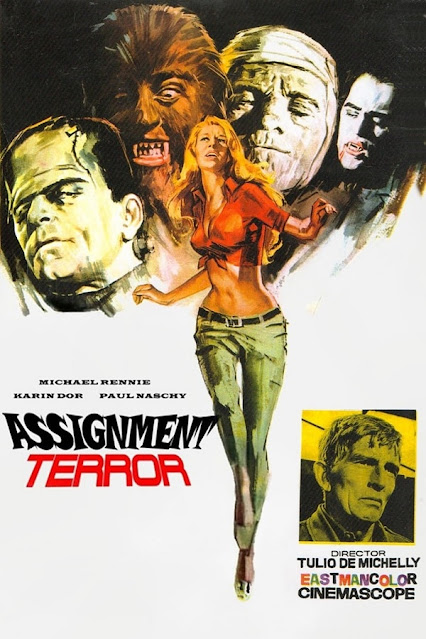 The first in the Waldermar Daninsky series (the Spanish Wolf Man) proved to be a success, locally, and reasonably well overseas. This led to a first sequel that may or may not exist, and a further follow up, which is one of the weirder entries the series ever offered... 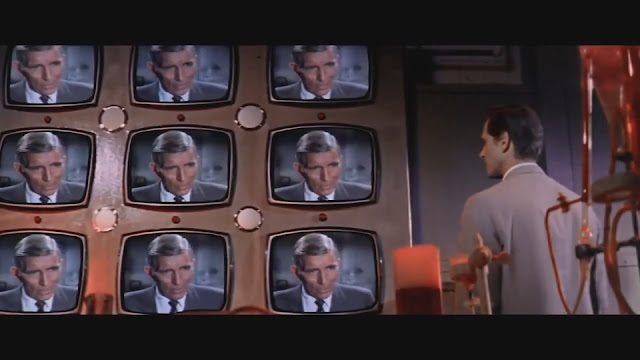 Aliens from the dying planet Umma have come to Earth with a plan-Find and resurrect several monsters, and use them to dominate or destroy mankind. Investigating the strange series of events is Inspector Toberman, who soon finds clues leading to a case of both the supernatural, and the fantastical. Will man triumph against the invaders, or will Earth be theirs for the taking? 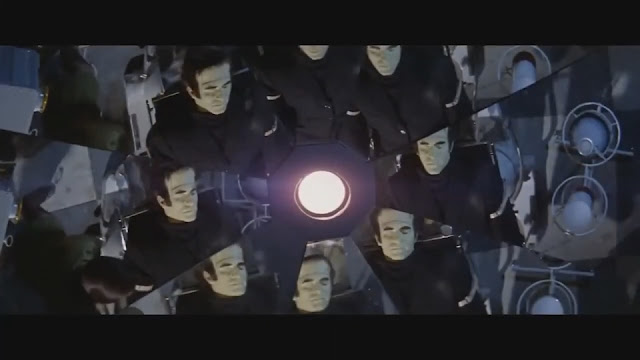 Los Monstruos del Terror, known in English as Assignment Terror, and Dracula vs. Frankenstein, is an entertaining but flawed film. For a start, it's nothing like anything else in the series. The Waldemar Daninsky movies were gothic horrors, with with continuity that would reset itself with each film there was never too much pressure to keep things connected, but they at least felt consistent. Assignment Terror however goes all out and becomes a modern science fiction film, complete with an alien invasion! 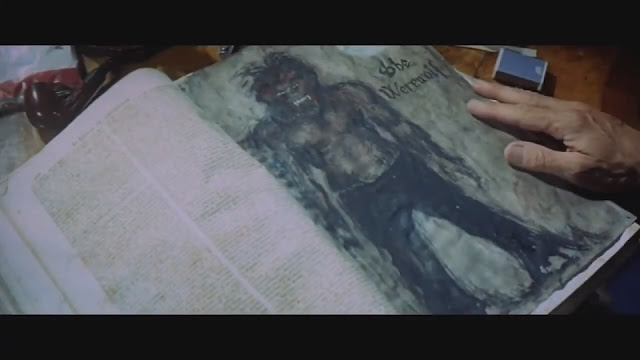 The other distinctive thing about Assignment Terror is its collection of monsters. Not only do we have Dracula and Frankenstein, but also the Mummy, and the Wolfman! All are under the control of the aliens, in an effort to subjugate humanity. Not sure how half a dozen monsters is gonna cut it, but you can't fault them for creativity! 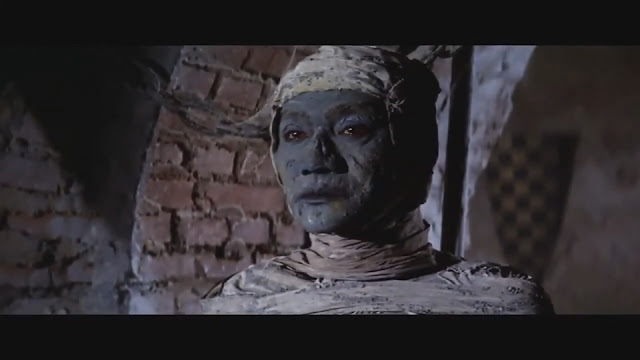 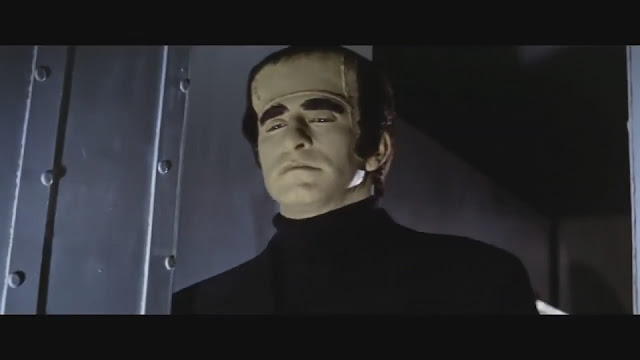 Due to the shared title, some compare this with with Al Adamson's Dracula vs. Frankenstein, including an irate producer who thought plagiarism was afoot. This is a fallacy, because first of all, Assignment Terror predates that film by almost 2 years. Secondly, and meaning no disrespect, no-one in their right mind would watch an Al Adamson film and go "Yeah, this is great stuff to rip off!". I also question the logic of accusing someone of ripping off your idea, when your idea is literally a rip-off itself. The story here is mixed. It's not a long movie, but it takes half the runtime just to set everything in place, and by that time the movie's so crowded that there's not much room for plot. Everything just ambles on till the end. It's never boring, but perhaps could've done with a little less complication, and a bit more story. The climax is great though, and the movie ends in a classical b-movie fashion, with the hero making an impassioned speech about humanity's triumph.
The aliens are the film's main characters. Instead of being costumed squid beings, they conveniently take the form of people. This plays into the plot though, as we see them struggling with newfound hu-man feelings. It's great seeing how they get overtaken with emotions in different ways. Even the proudly emotionless leader gets dominated by jealousy without even realising it. This dilemma probably could have been the focus of the movie on its own. 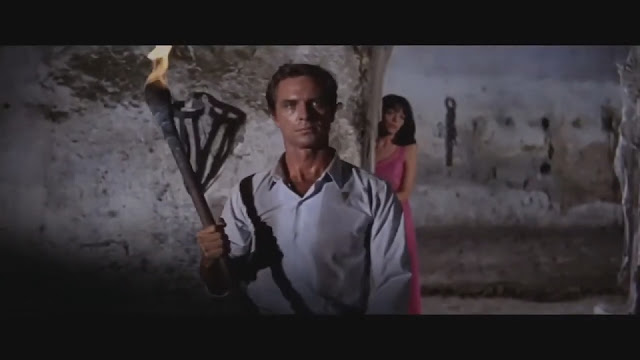 The humans are given a little less focus, and fill pretty basic archetypes, but in a good way. Inspector Toberman is a likeable guy, a smooth customer, and he's a cop who discounts neither the supernatural, or cosmic elements. Making for an amusingly forward and cheeky love interest in Ilsa, who also serves as a damsel in distress in the climax. Toberman's gotta have something to do when the Wolf Man gets most of the monsters to himself!
Waldemar Daninsky returns here, though is barely involved. He has a pretty small amount of screentime, with large gaps between appearances. Where he gets to shine is in the last act, where he provides us with all the action we need. But it's a shame that this is an entry in his series, and he's just a supporting character. The continuity seems to follow on from Mark of the Wolfman, albeit loosely. 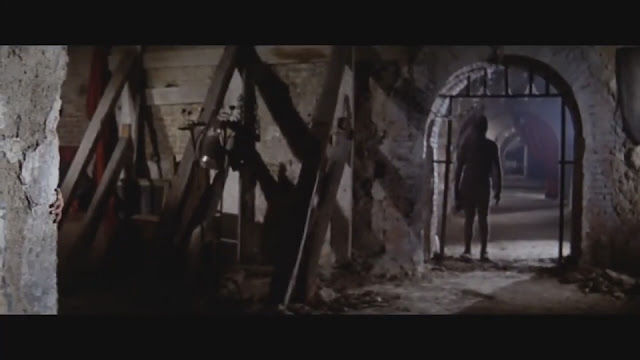 The remaining monsters don't have any character to them, but that's ok here. They don't need to be anything deep, just some fun monsters to give spectacle. Something I liked is that the movie didn't try and explain all the magic away with science. I hate it when that happens. Also, on a sidenote, how do you brainwash someone whose brain was yanked out with a hook 3000 years ago? Maybe they sent the scanner to the canopic jar?
One of the stranger elements of the film are the names. Technically Dracula and Frankenstein don't appear in this film. Instead they are known as Count Janos of Mialhoff, and the Farancksalan monster (misheard by some as Frankenalien monster, which admittedly would fit!). Why this was done I'm not sure. Perhaps the characters weren't quite in the public domain yet? 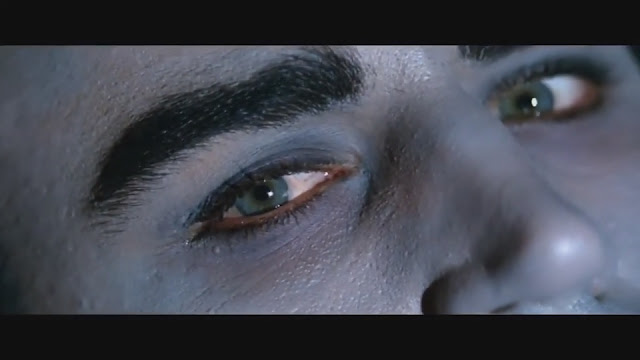 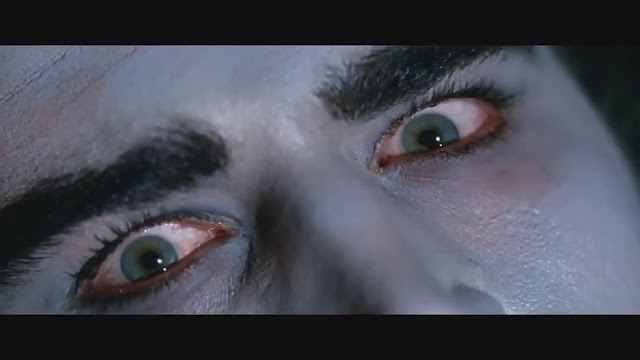 A good question to ask is-Does Dracula vs Frankenstein live up to its title? And the answer for me is a resounding Yes! No, it's not the greatest film, and definitely has some major issues, but honesty is not one of them. It promises a monster bash and by god it gives us one! And that's more that can be said for most of the Universal monster movies. Neither House of Dracula nor Frankenstein gave us the fights that were promised, with half the monsters dying before meeting the others, or getting literally 30 seconds of screentime before a plank of wood falls on their head and kills them. But here? It may take the climax to get there, but there are some pretty great fights, with some spectacular deaths! The mummy's in particular is conceived amazingly.
The effects in Assignment Terror all look decent. The exploding castle at the end is fun, and the costumes/make-up all look good, even if a couple look a little on the cheaper side. Dracula and the Wolfman looked the best (with some decent transformations for the latter), the mummy was good, and Frankie looked the 'worst'. 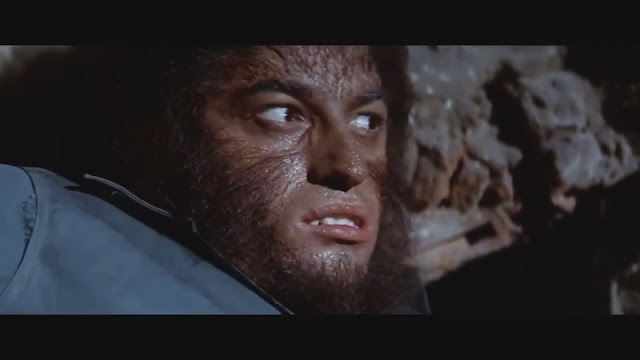 The acting here is all fairly decent for what this is. The guys are chiselled, the girls are pretty (and are superbly bug-eyed when the movie calls for it), and Hollywood veteran Michael Rennie (of Day the Earth Stood Still fame) does a good job in his role. I've seen many accuse him of slumming it being in a movie like this, but bahhh. He's an actor, here he is acting, having a bit of fun in his twilight years. And can you begrudge an old man a trip to Spain?
Assignment Terror was made in the 70s and it shows, from the groovy music we get! Sure it might take away from the spooky atmosphere, but then again I don't think there was any chance people would be genuinely quivering in their seats over this. Give a fun movie a fun score, and let the audience shake in their seats. 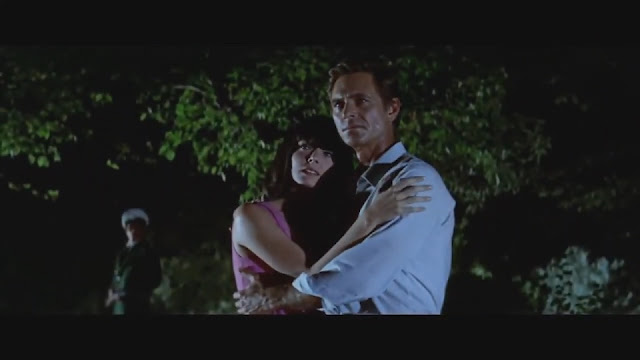 Dracula vs. Frankenstein: Assignment Terror isn't the best movie out there, and might rank lower on lists of the best Waldemar Daninsky films, but it's still a basic fun time, and worth checking out for fans of b-movies...