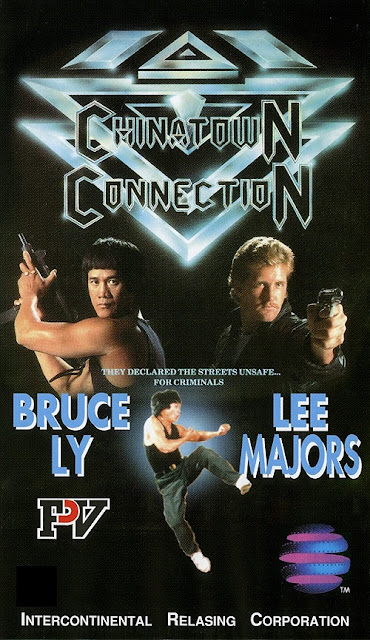 Police officers Chan and Houston couldn't be more different. While Houston is typically gung ho and trigger happy, often breaking the rules to get the job done, Chan is a more considerate and thoughtful man, spearheading a martial arts program to help officers fight without the use of firearms. Houston ends up forcibly partnered with Chan after a shootout in a church, and together the unlikely duo investigate a rash of poisoned cocaine, leading to Chinatown... 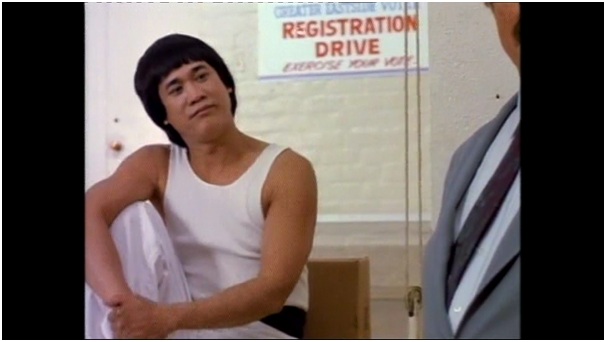 The Chinatown Connection is a neat DTV action flick. It starts off with plenty of setup. Some might say too much, but I say if you're a direct-to-video martial arts film and your crime is having too much effort put in, I find it hard to begrudge that, even if it can go askew. In the case of Chinatown Connection, it does it well to begin with, informing the motivations of its lead characters, and providing a couple of interesting plot threads-The kung fu cops program, and the mystery of the poisoned drugs. 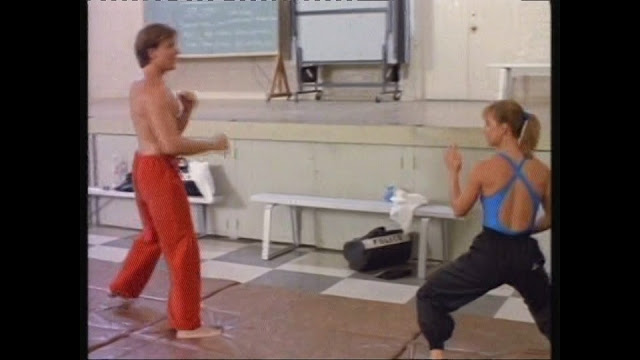 Where things start to hit a snag though is the halfway point. We focus plenty on the main duo and their case, which is good, but you begin to realise 'Hey, wasn't there another guy here?'. Estes! The poor dude gets a promisingly juicy story, then disappears for a solid half hour. He does return for the finale, and makes up a little for his absence.
The themes in this movie are quite surprising, in that they question the overly gung-ho 'shoot first, ask questions later' style of cop, as well as the American overreliance on guns, and acceptable police tactics. It also delivers them in a mature way, without resorting to "All cops are bad", or "All cops are angels!" It puts its money where its mouth is and shows us a great alternative for American cops to do instead of toting around guns all the time. 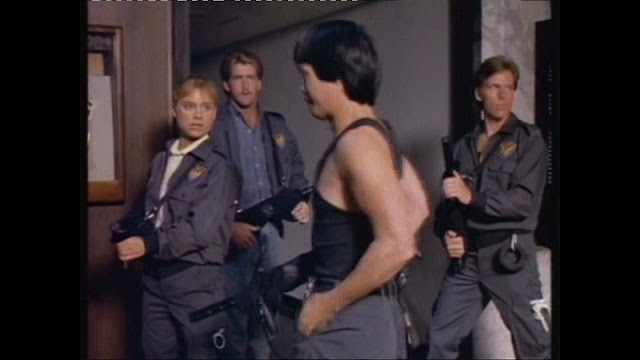 The ending is probably the least interesting part of the film. It gets across the bare minimum of what it needs to, but nothing more. We don't even get a denouement. Chan just says a pithy comeback after the villain's defeat, then the movie cuts away to some Dragnet style text cards telling us a couple of the characters got promoted, and that's it! 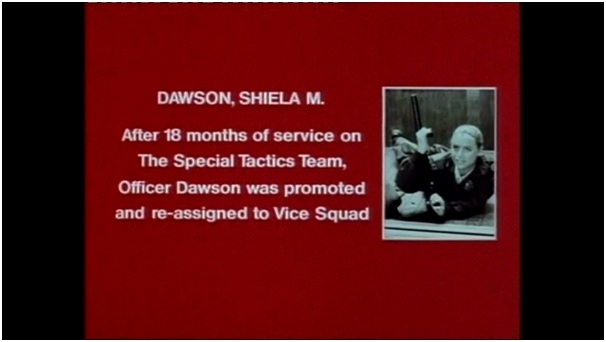 The characters are a decently fleshed out bunch. Chan is a good cop and wise mentor, and his interracial home life is neat! Houston is a good guy, but must've seen Dirty Harry one too many times, which is taken to ridiculous extremes when we see just how many self-defence guns are in his house! 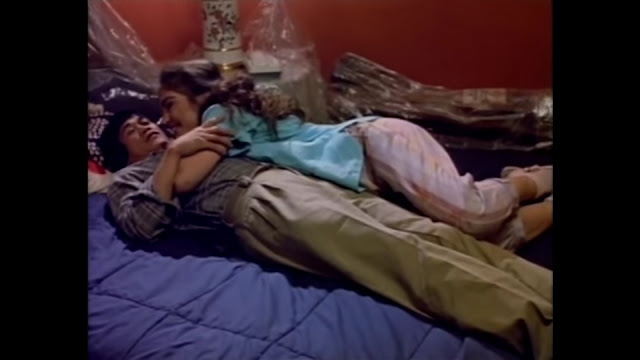 Estes is a decent character, with a strong characterisation at the beginning, but this never really goes anywhere, and he's pretty unnecessary. Houston already fills his character role and arc, so we have two trigger-happy cops being suspended and forced to join the kung fu cops, and learn the same lesson. He plays a good part in the climax though.  Others don't fare much better, and when one of them dies near the end, it feels like such an afterthought that they may as well not even be dead (we never even see anyone find out or react to it). 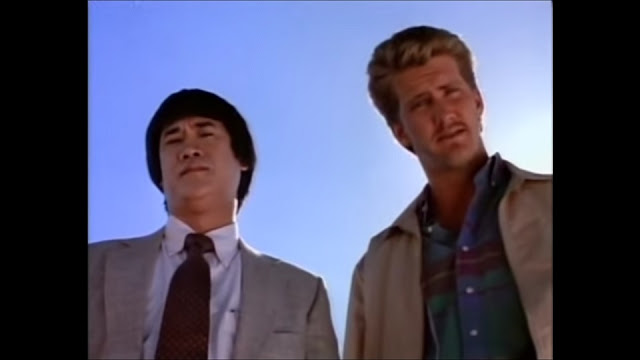 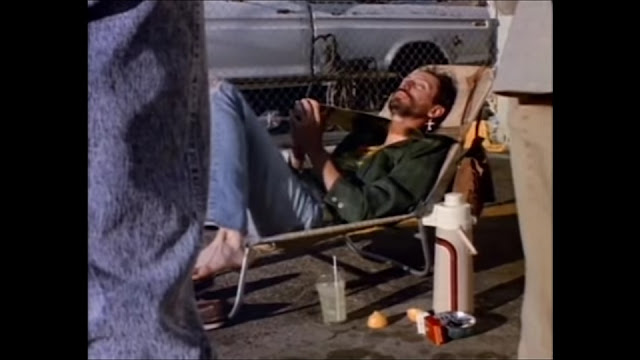 The villains are a cool bunch too. Hong, alias The Taipan, is a polite businessman, wno naturally only conducts legitimate enterprises, and is all too happy to talk with police over a cup of tea. But he knows Chan sees right through him, maintaining a friendly antagonism. His partner Tony North meanwhile is a wild card. A musclebound psycho who takes a little too much of the Taipan's operation into his own hands, and makes for a good physical match against Chan. He's arrogant and presumptuous too, which has a fantastic payoff midway through, when he tries branding Chan, only to receive a taste of his own medicine. Ouch! 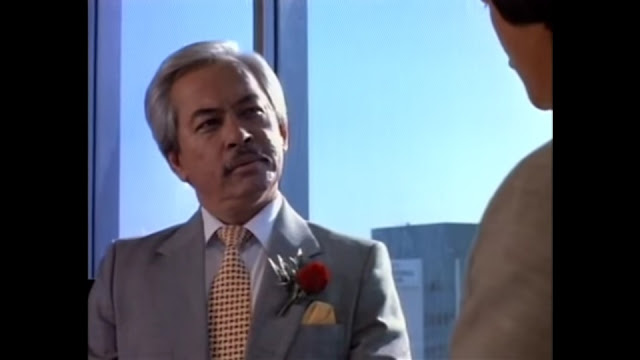 The direction here is good, with plenty of well framed scenes, and decently choreographed action. The lighting in some scenes can detract a little though. Many action moments are darkly lit, having the effect of muting otherwise decent fight scenes, or making already dull scenes of people just sitting around doing nothing all the more tedious. The effects are pretty good, although the make-up team seems to have gone a little overboard with the blood on one guy's face. 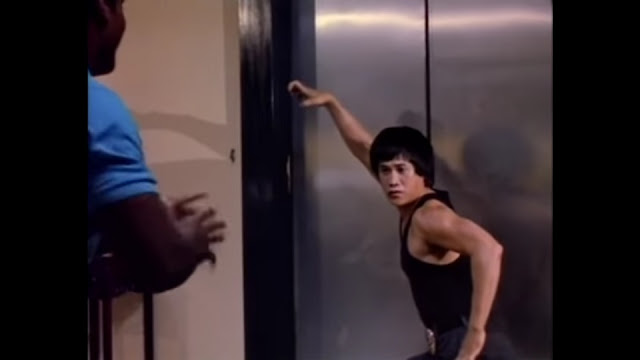 The acting here is good all round. In the lead role is perhaps the strangest thing about this film-Bruce Ly! This is just a typical American police flick with a dash of kung fu/martial arts, and yet it has a 'Brucesploitation' actor in it, still going by that fake name decades after that subgenre died out. He does well, with his softly spoken voice contrasting well with his co-star. I'm sure that to most people, Lee Majors II's biggest claim to fame is being Lee Majors' son. 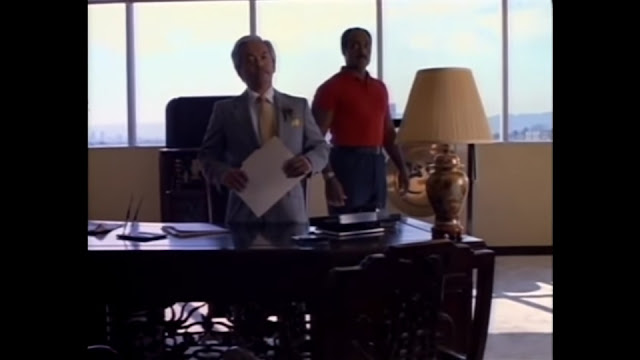 Art Camacho is good in his role, giving some good Latino representation. William Ghent does well as the villain. Prim and proper, but also furious at times. Making for a great counterpoint is Fitz Houston as his homicidal right hand man. John M. Jackson is funny as the drug-addled informant PC Pete. At first I thought he was the guy who plays the loony cannibal Gus Pratt in 1989's Dr. Caligari, but nope. Uncanny resemblance and mannerisms, I've gotta say!
The music is another highlight for this movie, with its offbeat and sometimes freaky (in a good way), synth Oriental arrangements. 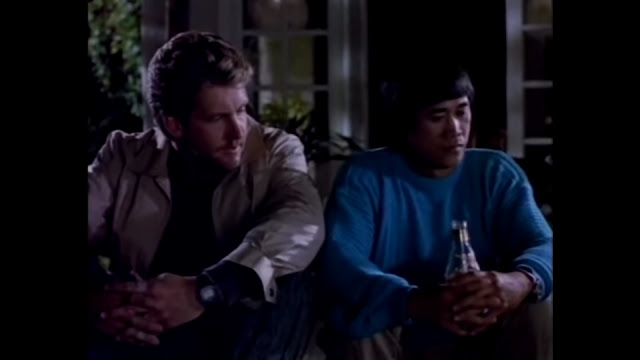 The Chinatown Connection is a surprisingly good film, despite its cheesy low budget nature. It's hardly a masterpiece of crime or action, but for what it is it's well worth checking out...
Posted by Chris at 7:18 AM