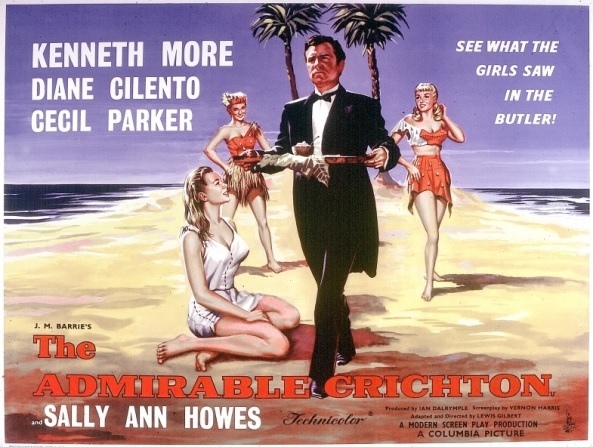 The upper class Loam household has an ordered hierarchy, with Earl Henry and his three daughters at the top, and the servants, head butler Crichton included, at the bottom. Everyone seems to know their place, but after a cruise ends in disaster, everyone ends up stranded on a tropical island, far from civilisation. Here only the strong survive, and the elite may find the roles reversed... 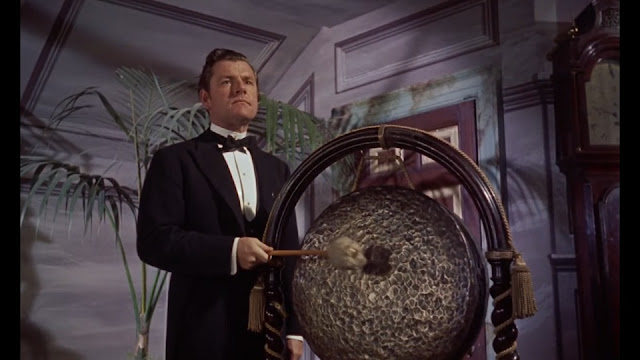 The Admirable Crichton is a classic British comedy. Based on a play by J.M. Barrie, it focuses on the class struggles of the day, where lords and ladies were considered rightfully superior to the common riff-raff, who were expected to know their place, and be servile. Though they speak in such coarse and vulgar ways, if they're going to work for a good household they simply must improve their manner. They're still more furniture than man, but they must imitate their betters even if they are not equal. That's the way England was back in the day, and there are still traces in the present, but thankfully with far less influence as back then. 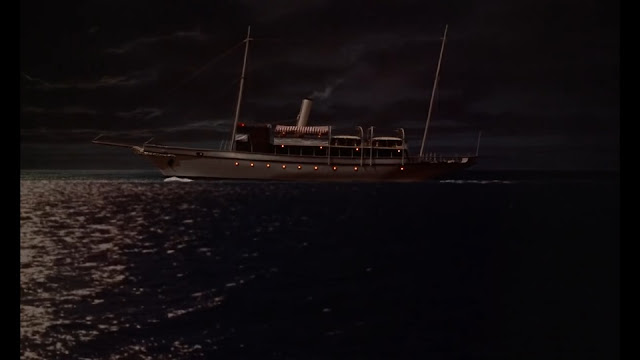 The first act of the film is devoted to introducing us to the characters, and their status quo.
Something that confused me going in was that the Earl begins the story already on board with the idea of equality among men. I figured he'd be the last person to accept that. This turns out to only be a temporary though, as for all his interest, he switches right back the moment it's inconvenient. His three daughters are the same. They may come across as nice and forward thinking girls, one even taking part in Suffragette riots, but the idea of treating their maids like real people has them acting like spoilt brats. 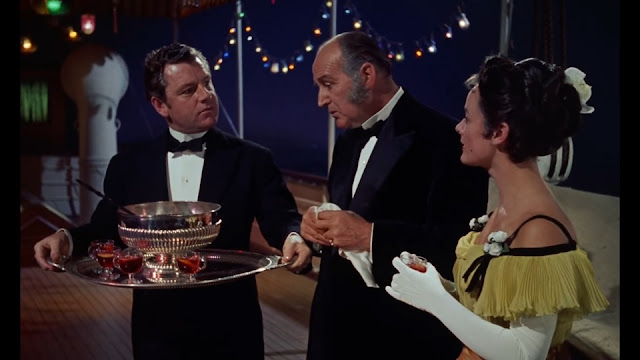 The Loam family and staff, plus three suitors, are soon going out for a fancy cruise, which finds trouble when the ship is capsized, and they are all stranded on a deserted island. It's here where everyone's true mettle is tested. The upper class lot find themselves utterly useless at pretty much everything, until they're told to shut up and put their back into it. The 'lowly' staff, however, are not only more than suited to both roughing it, but without the influence of modern civilisation, they have no reason to keep acting like the idle rich are genetically better than them. Here on this island, the most capable are the ones who'll thrive and endure. 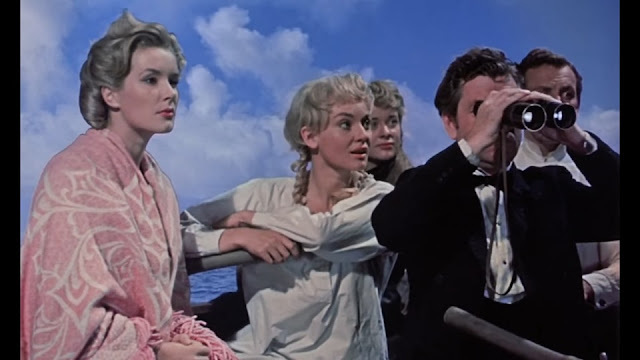 Time passes, and we see an amusing and interesting reversal of roles, as everyone has become accustomed to island life. They've built low-tech versions of all their old creature comforts, and there are various romantic entanglements, before things reach a dramatic conclusion with the possibility of rescue. Now that they've accepted their new life here, do they even want to be rescued? 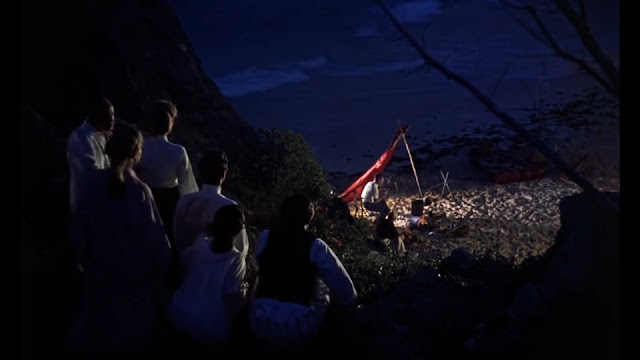 It's the ending to The Admirable Crichton that really loses me. Pretty much everything after the party get back to the mainland is a disappointment. The characters are all back to square 1, while the romance fizzles and is met with a downer of an ending, the final relationship feeling more like settling. It feels like the film undermines its own ending. At first you have a pretty good idea of how things will turn out, but then we get a curveball, and enjoy the new direction...But then it suddenly undoes all that and goes back to the original ending.
Overall I think it's a cowardly way to conclude the story, and the same goes for Barrie's original stage play. I don't care if it would've caused a stir back in 1902. Screw all those toffs. He shoulda stuck with his principles and given us the deserved ending. 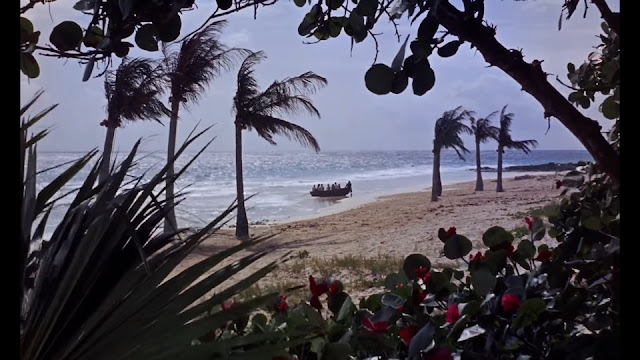 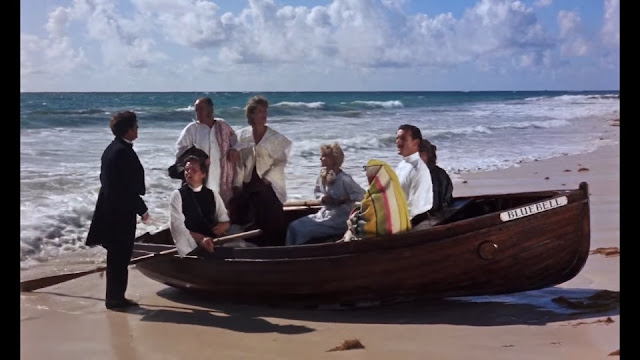 Primarily a character piece, the collection we have here all entertain. Crichton is a set in his ways butler, who thinks only of his lord's needs. But when push comes to shove, he takes charge, and asserts his dominance. Eldest daughter Mary meanwhile is a fiery lass. The longest of the elites to hold out, before finally falling in love with her former butler. The pair have good chemistry, and are believable together.
The remainder of the characters all have their moments, even if only minor, and none felt particularly wasted, given their varying levels of importance. The 'coarse' but sweet Tweeny is a good presence, as are all the suitors who soon come to be pining for her. 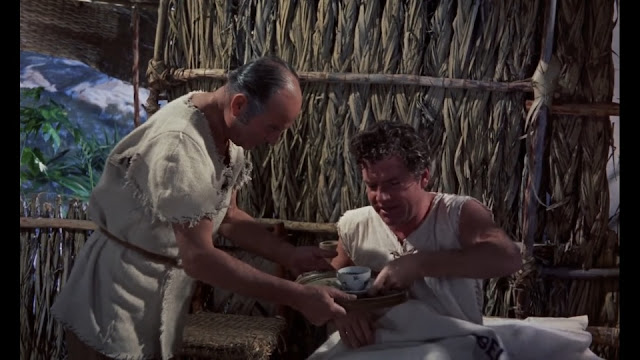 The cast do a fine job, with Kenneth More doing great as a quintessential butler but also fits the part when his inner self comes out, and we see his physical side too. Sally Ann Howes is a good mix of feisty and sweet, mostly the former, while Diane Cilento is decent. Cecil Parker is as reliably good as always, and we also get a young(er) Gerald Harper, along with the remainder of the guys and girls.
The Admirable Crichton is gorgeously shot, and despite being a British film, it manages to look like there's serious money behind it. There are sumptuous manor houses, and a beautiful tropical island. The makeshift structures in the last act are great too, and make life on a deserted island not look like such a bad deal after all.
The film is also known as Paradise Lagoon, which is technically not incorrect, since there is a lagoon, and it's indeed a paradise, but that title still feels wrong. It conjures up images of South Seas adventures, and hunky romance cover men embracing women on the beach, as opposed to a British comedy on the class system. 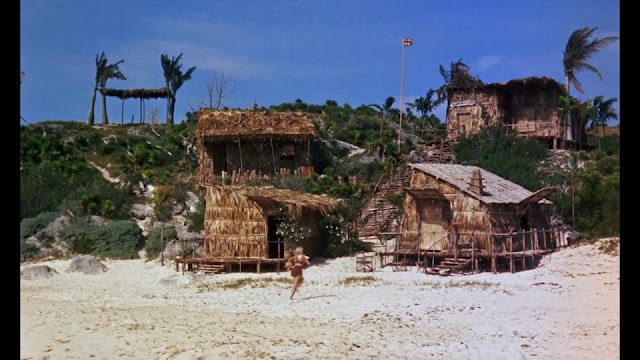 The Admirable Crichton is plenty of fun, and a solid reminder of why the class system was always full of shit...
Posted by Chris Hewson at 7:33 AM