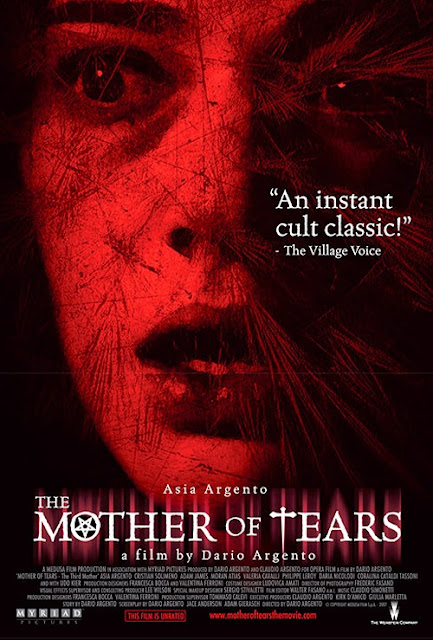 Italian director Dario Argento made a name for himself with his giallo classics, but it was with his seminal horror classic Suspiria that he cemented his status. One sequel followed, but despite there being Three Mothers, the trilogy was left incomplete. Until 2007...
After an archeological discovery, an ancient urn and tunic are sent to a museum for examination. Assistant Sarah Mandy leaves the room for only a second, and suddenly it's swarmed by demonic figures, who butcher the curator. A terrified Sarah flees, and realises she is now a hunted woman. Guided by the spirit of her mother, and finding aid elsewhere, she must take the fight to these evil forces and stop the Mother of Tears before Rome falls, then the world... 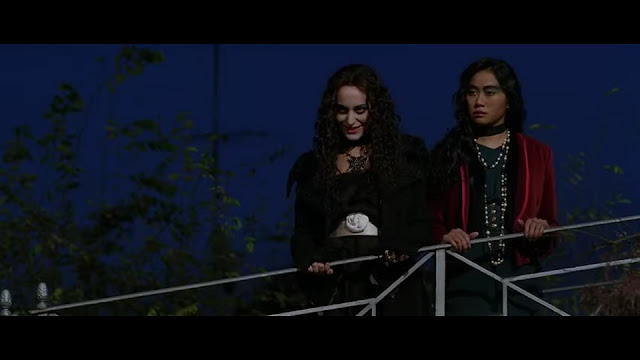 Mother of Tears was long awaited by horror fans everywhere, bringing closure to the Three Mothers series after a 27 year hiatus. Argento's previous films weren't exactly what you'd call well-received, but fans were hoping the importance of this project would bring out the best in him!...Well, some fans weren't disappointed.
For me, Mother of Tears is an absolute disaster! Stylistically it bears very little similarity to the previous films, with none of the garish colour, dreamlike tone, or artistic design, and is a poor conclusion. But it's the quality of the film itself that fares the worst. It's a noisy, ugly, and at times boring movie, that verges on unintentionally hilarious. 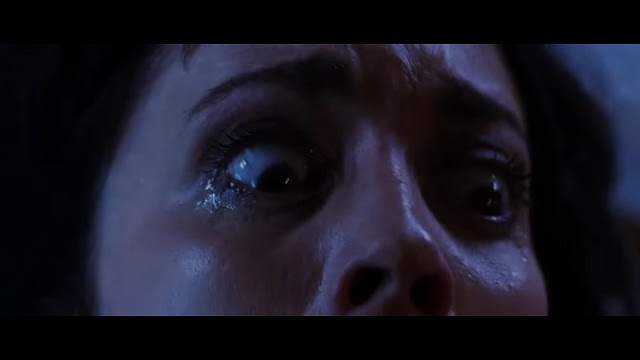 The plot to Suspiria was almost secondary, and there was no real inkling of a larger narrative. It was Inferno that laid the groundwork for a greater world, revealing the mythology of the Three Mothers. The final film in the trilogy should logically continue this, and bring it all to a grand conclusion. Argento spoke of the things he sought to explore, like alchemy, gnosticism, and terrorism, and that sounds like a really interesting idea, of old and new! A shame practically none of that is in the movie. There isn't much of a story here. The film consists entirely of going to see one person, then another, then another, then another.
Mother of Tears went through a number of scripts before finally seeing the light. The first was by Daria Nicolodi written right off the bat back in the early 80s, which for some reason was never produced. Then was a treatment by Dario himself, then one American writers Adam Gierarsch and Jace Anderson, followed by Dario again. How can a movie with a story this thin have gone through so many scripts? Frankly I think they should've stuck with that original version! 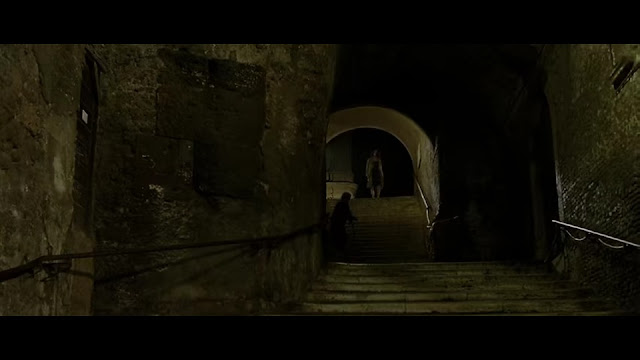 This film makes the most references to past entries than anything else before, but it all feels a bit obligatory and less than meaningful (and as for why Sarah's mother gravely wounded Mater Suspiriorum then just left and waited for someone else to kill her is anyone's guess). If there is one thing I appreciate though it's that the Suzy Banyon reference was positive, and didn't violently kill her offscreen like I suspected it might.
There are a few callbacks to random Argento films, like a sewage trawling scene reminiscent of the maggot pit in Phenomena. It's unnecessarily arduous, considering how late in the game it is, but as far as obvious cheap callbacks go, I thought it was better than most.
The film tries to aim for a big scope, and show how the Three Mothers can affect the whole world...yet we don't seem to get a good sense of this being a truly inhabited setting. We see some random acts of violence, but because we don't know these people, and never get a good glimpse of this world, it all feels a bit mindless, like a video game. 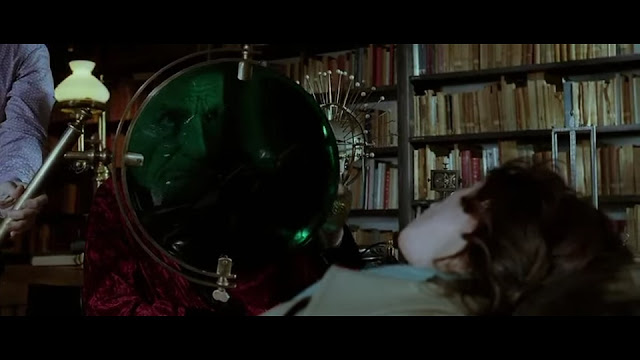 It's the climax where much disappointment lays. Mater Lachrymarum, the most powerful of the Three Mothers, is killed when her shirt is torn off, which immediately destroys her entire coven, with zero effort. Just toss an old rag onto a fire and the witch is dead, just like that. The heroes escape the crumbling lair, then the film just ends.
Sarah is an unhinged main character, screaming at people despite having only just evaded the police, who are still right there! She also takes far too long to catch on. In her first meeting with Marta, the woman explains who she is, and Sarah asks "Who are you?". She just told you, you dope! After being told about witches pursuing her, she still says things like "Why were there people in my apartment? I feel like I'm going crazy". Honestly she does come across as crazy, and it's more than the script to blame.
Her ghost mother makes a few appearances, giving some vague advice, and not much else. Her biggest part is later on. Despite telling Sarah she can't appear again, she does so anyway to save her, in a wholly unnecessary sacrifice. Sarah's already lit the guy on fire, and all she needs to do is leg it till he collapses! 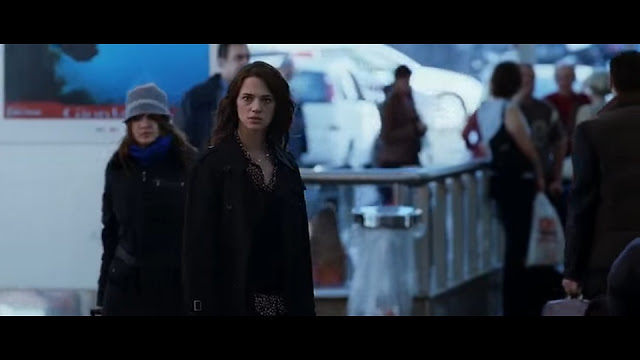 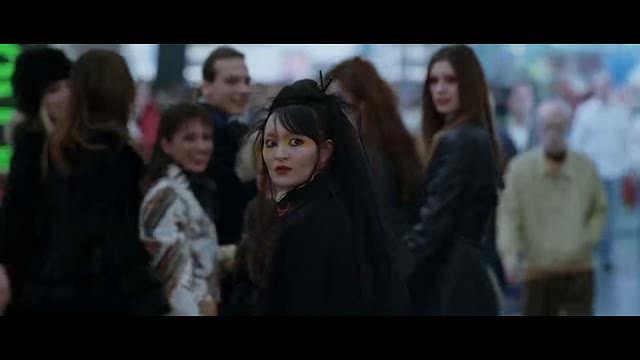 Michael, the museum's manager and Sarah's boyfriend, gets a decent, if depressing story, but vanishes for a bit too long, Also here is detective Enzo, who's a good guy, and makes it through to the ending, although he contributes so little before that point that most in the audience will have no idea who he is.
The witches here are embarrassingly unhip. Instead of being old hags with pointy hats and moles, they're instead exclusively 20 year old punk models, with awful fashion sense and enough make-up to choke a cat. I'm not asking for them all to look like Witch Hazel, but if they could be less like Madonna, that'd be nice.
Lastly, Mater Lachrymarum is completely wasted. Despite getting an entire movie devoted to her this time, and the final capstone of the trilogy too, she barely appears, and has nothing to her. Previous mothers didn't appear much either, nor did they have super in-depth personalities, but I guess I was just hoping for something a little more for the grand finale than just a randomly evil bimbo. 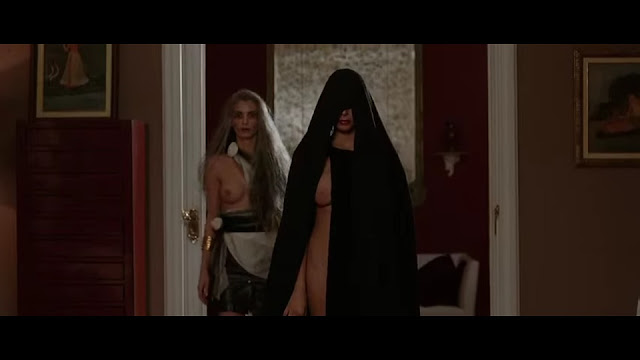 Onto a couple of genre tropes. The curator at the museum inevitably cuts herself on the artifacts, and bleeds all over them, and I was all set to yell at her for activating the ultimate in evil. But it turns out they were coming anyway, so no harm no foul! Next is when Sarah is escaping the museum. It's smart of her to gently put the books down and take off her high heels! Maybe it's not the most realistic of reactions, but I'm glad she doesn't just drop them with a clatter and run, like anyone else in a horror movie would.
I also didn't mind the presence of the monkey. Many point that out as a singular point of lunacy in the film, but to me it makes perfect sense. Witches do have familiar animals after all. And while it's perhaps shown a bit too much, or doesn't do enough, it never does anything too weird. 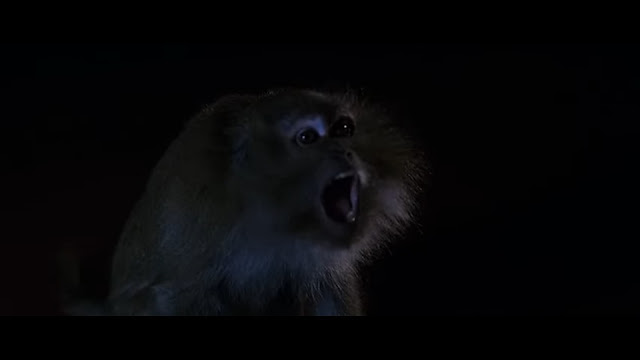 For a movie about witchcraft, there's disappointingly little magic here. Despite all the lip service there is about Sarah's power inherited from her great mother, she turns invisible twice, and that's it. This is especially glaring in one scene, where white witch Marta is unable to make her car door unlock without her keys! I thought you were magical, lady!
Visually Mother of Tears is a disappointment. It's shot decently, in its own right, but has nothing that resembles Argento's classic output, least of all the Three Mothers trilogy. This only creates a further level of disconnect between those old films and the new. There's only one scene near the end that tries looking like them, in appearance or colour. 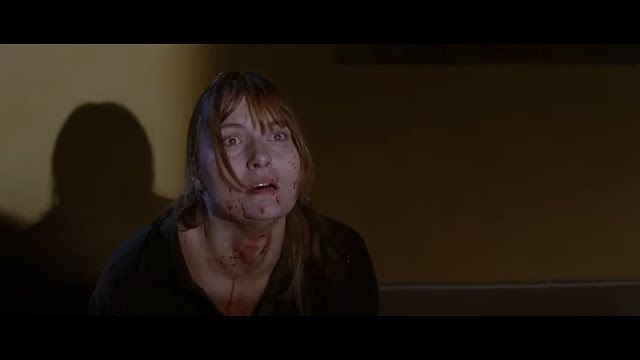 The film has an alright atmosphere in some ways. I liked the 'woman on the run' element, but that's about it. There are cheap jump scares, including an 'it was all a dream' fake-out. Very little of the artful or shocking scares of the original. It verges on the tasteless at times, and I didn't even know what the heck I was looking at.
Onto the next most important part of any Argento film-The death scenes! The first comes surprisingly quickly, with very little build-up. Just some dry chit-chat 10 minutes in, then poof, disembowelment! You leave the office for just 5 minutes, and your coworker is being strangled with her own intestines. Hilarious to watch, like Braindead or Riki-Oh...Except this wasn't meant to be a comedy.
The priest's death is hampered a little by the effects, but the ferocity of the attack is neat. The following sequence is disappointingly quick at first, but we do get a little more. Most disappointing is how sparse the deaths are. There are only three sequences, in an almost 2 hour film! 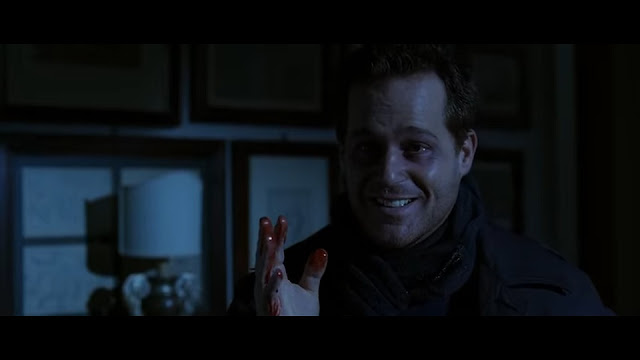 The effects are mixed. Some of the gore is well done, at least in terms of creativity, although I wasn't a fan of how dark the blood was. There is some embarrassingly bad CGI used, and some hilarious puppets that ruin the moment. Other things are better crafted, like a couple of cleavings later on, although the blood spurting is a bit fake.
I've seen Asia Argento in a few things, and while she sometimes gives fairly normal performances, all bets are off in her father's films. She's unhinged in a really bizarre and off-putting way. It takes away from her character's relatability and 'everywoman' status, and makes her come off like a mental patient.
The rest of the cast is almost just as weird. They suffer from manic direction at times, but do decent jobs for the most part, although some are quite bad (especially the obviously dubbed ones). I liked Udo Kier, and was sad he got such a small role. I was also glad to see Coralina Cataldi-Tassoni again (once again on the receiving end of an oral death scene). 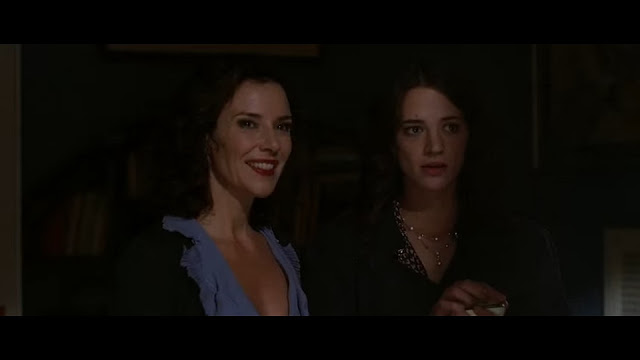 The last big name to mention is Moran Atias as the titular villain. The previous actress in this role was Ania Pieroni, who played Mater Lachrymarum for a grand total of 30 seconds, yet whose shoes are impossible to fill! She had such an ethereal beauty that's unmatchable, and Argento knew this, trying to get her back. But Pieroni also knew that she was now 50 years old (not to mention retired), so the role went to Israeli model Atias. She does alright, and she certainly is good looking, but she looks more like a supermodel with fake-looking boobs than the ultimate in evil. And the modern American accent really takes away the ancient European mystique.
The music here is tolerable. Nothing bad, nothing amazing either. Ending the trilogy with a death metal track isn't exactly ideal either, certainly not when compared with the dreamlike or operatic pieces that close out Suspiria and Inferno.
The last thing to discuss is an interesting matter of titles. Suspiria was about Mater Suspiriorum, while Tenebrae...was a completely different movie, and Inferno was the one with Tenebrarum. This third entry could've been named something Lachrimae or Laychrymia if they wanted to keep with a consistent theme. I don't mind that they didn't, since Mother of Tears isn't a bad title, and it's not like Inferno was consistent either. Still an interesting thought though. 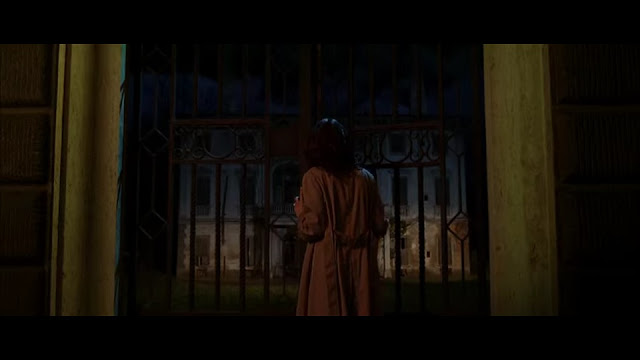 It took me years before I finally made myself sit down and watch Mother of Tears, and it is everything I was afraid of and more. It's a bad film all round, with very few redeeming qualities. While it may be technically better in some ways than his other latter-day films, I found it to be at the bottom. While I'll always watch Suspiria and Inferno again, this is not a film I'd ever willingly revisit...
Posted by Chris at 8:32 AM