Yes, I'm reviewing Bloodfist II out of order, but it's not like it has anything to do with it's one prequel and seven sequels, so I get a free pass.
Bloodfist II sees the return of Don "The Dragon" Wilson as Jake Raye, the character he played in the first movie-but don't let that fool you into thinking that this is actually a continuation of the first Bloodfist, no, this one has a couple of continuity errors with its prequel, so feel free to just assume that Don's playing another kickboxer who just happens to be named Jake Raye.
The movie opens with Jake Raye in the middle of a match. He fights furiously against his opponent, who just won't go down. Eventually Jake kicks the man in the neck and TKO's him. While Jake is declared the winner, the stand-by doctors pronounce his opponent as dead. Jake, shaken, angrily throws away his award and vows never to fight again. We cut to several months later, and Jake is in bed with a hooker, and is woken up by a phone call. The caller is Jake's old friend Vinnie Petrolla (Maurice Smith). Vinnie is calling because he's in trouble with a seedy manager named Su (Joe Mari Avellana). Jake agrees to fly to Manila to help Vinnie out. 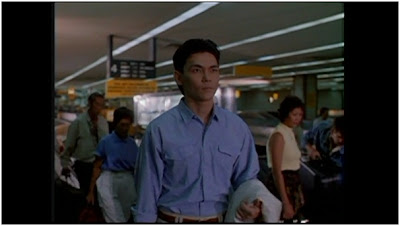 Jake arrives in Manila and is hounded by several taxi drivers. Jake picks the cheapest and asks him to go to the gym. The taxi driver takes him to the gym, or so he claims. As soon as Jake's out of the taxi, a random group of thugs attack him. Yeah, this movie reaffirms the well-known fact that all taxi-drivers are evil (although Don doesn't take a giant drill to this guy). He defeats them easily and jumps onto the fleeing taxi and knocks it into a wall. He questions the taxi driver, who knows nothing, then he gets real directions to the gym and steals the taxi to get there. 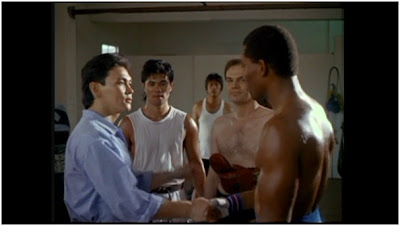 He arrives at the gym, and after kicking a punching ball of it's hold across the room, the other fighters talk to him. None of them know anything about Vinnie. Jake goes into the gym's back office and finds Dieter (Robert Marius), a sinister (well, he tries to be) German guy. Dieter summons a couple of thugs into the office and tries to shoot Jake, but Jake disarms him and beats the thugs down. He escapes the gym and is followed by more thugs. Also following him is Mariella (Rina Reyes), a woman from the gym who supposedly wants to help him out. 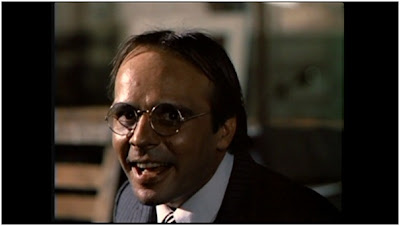 While Jake dispatches thugs along the way, Mariella leads him to an abandoned warehouse to hide out in. It's a trap however, and Dieter is there waiting with an army of henchmen (do you buy these guys or something?). Jake is drugged and he wakes up on a boat, with five other martial artists. The fighters-all manacled-talk about how they were captured and wonder what's happening, then they arrive on an island. Their leg shackles are undone by a guard, as 'the fighters are not to be damaged'. 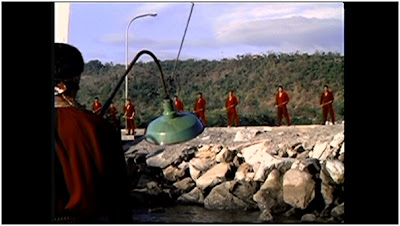 The fighters are greeted by Su, who slashes the guard's head open for undoing the leg chains and stabs him (with a huge arterial burst!). He introduces the fighters to his private island, Paradise, then walks over to each fighter and says their fighting stats. Just as he finishes, one of the fighters breaks free and fights back against the henchmen. The rest of the fighters get free and defeat all of the guards present. Another truckload of henchmen comes however, and the fighters are all detained, except for Jake, who escapes into the ocean. 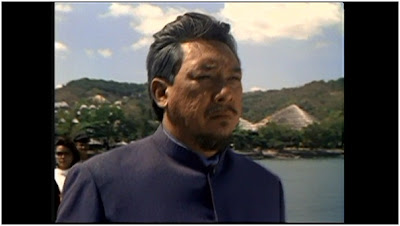 The fighters are all taken to a cell, and Su, who is revealed to be Mariella's father, has Vinnie-who's really on Su's side-whip her for being too kind to the prisoners. In the meanwhile, Jake is sneaking around on the island and knocking guards out. It takes about the fifth one he comes across before he gets the idea to put a guard's suit on to sneak into Su's headquarters. He knocks out a few guards inside and comes across Mariella. He's angry with her at first until he sees the whip scars on her back. She tells him of Vinnie's true involvement with Su and explains that Su's operation is to do with drugs. 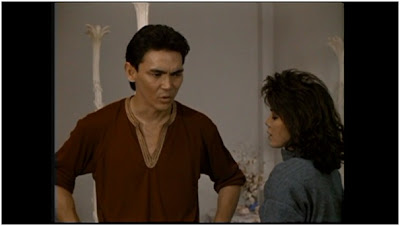 Jake investigates the island more and he and Mariella listen in on a meeting Su has with a bunch of buyers. Su has a new steroid-created by Dieter-that is entirely undetectable by testing, and he has set up a gladiator contest to be held between the fighters and Su's steroid-enhanced men to test the drug out to the buyers. Jake and Mariella go off into another room and they...oh Don, you awesome man-whore! Nevermind that you're on a maniac's private island, henchmen are everywhere looking for you, and said maniac is in a room about five feet away discussing his evil plans, if you don't get get some nookie, the world'll explode, won't it! 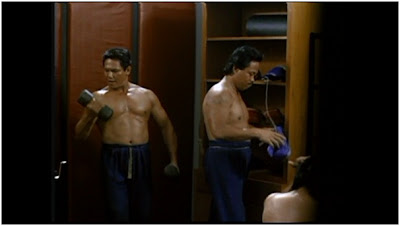 Jake tries to free the other fighters, but he's fooled by Vinnie, who knocks him out with a plank of wood. Jake is taken with the rest of the fighters to the gladiator arena, where the fight of their lives awaits them... 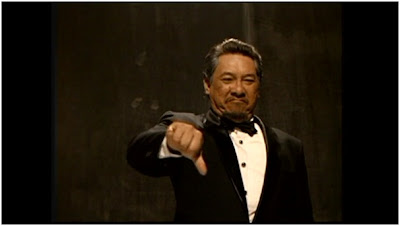 Bloodfist II is great! Don "The Dragon" Wilson is fun as usual. His martial-arts are impresssive and his acting barely falters. Joe Mari Avellana makes for a good villain, and Rina Reyes can act, she's very pretty on the eyes, and she kicks more ass than Don when fighting with him! 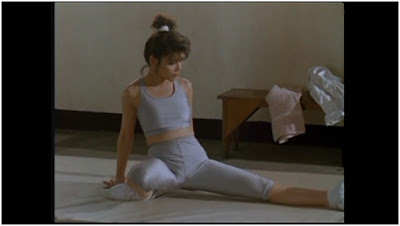 The other actors are good, but not great. The ones playing the fighters overact to the hilt (and so does Don in one scene). John Marius as Dieter is ok, but not threatening and not very entertaining. The acting is at its worst with Maurice Smith as Vinnie-he's not good at all! Among the actors is Rick Hill, but not Deathstalker Rick Hill, just another guy with the same name (although the DVD doesn't know it and lists him as the other Rick Hill in the actor biographies). 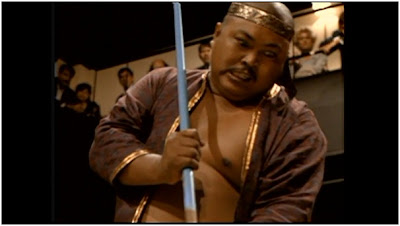 The martial arts is well choreographed and the finale is one big action extravaganza! There is one massive downside though-one of the fighters inflicts a brutal, BRUTAL groin-punching! And in another scene, Mariella smashed two guards where it hurts with two huge weights!! Come on girl, they're evil but they don't deserve that!
Also, the film's ending is abrupt as hell! Don has kicked Su off a balcony, he goes down to Mariella and they and the fighters walk off into the sunset-The End! All in under a minute! 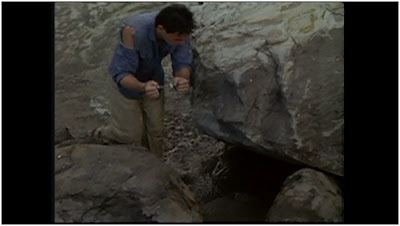 In closing, Bloodfist II is a must-watch for fans of goofy martial-arts/action and Don "The Dragon" Wilson.
Posted by Chris Hewson at 10:01 PM