While the last mission was deadly, you know Telly Savalas and his men are going to be in for a tough time when they're in for a fatal mission!
The Deadly Mission was set in 1944, while The Fatal Mission is set in 1943. At first you'd think that means this is a prequel to Deadly and you'll wonder why this wasn't released first. But watching Fatal, you'd soon realize that this isn't a prequel! The character of Joe Stern returns from the previous film (albeit played by a different (similar-looking though) actor) and the nazis watch a film reel of Telly's rampage from Deadly's prologue. Some might say that this is a continuity error, I call it the aftereffect of an unexplored mission where Wright and Stern combated and flushed the secret SS time-travel unit! The Dirty Dozen: The Hostile Mission!


The film opens in nazi-occupied Denmark, where Major Wright (yeah, two movies and we never know Wright's first name) and a group of soldiers are trying to save a German informant. The nazis attack, but are defeated. The informant however has been shot. Before dying, he says 'vierundzwanzig zwanzig'. 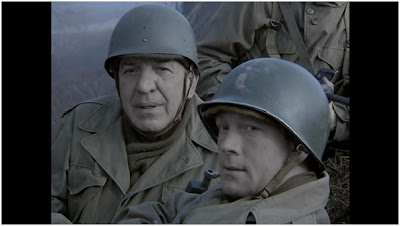 Back in England, General Worden (Ernest Borgnine) shows Wright an uncovered top secret nazi plot. In the event that Germany loses the war Hitler has appointed General Kurt Richter (Matthew Burton) (who is of course best buddies with der fuhrer) to create a fourth reich, headed by twelve men, experts in leading fields, and all under 35 to be the governers of this new reich, to be set up in the Middle East-Turkey to be exact. 'Vierundzwanzig zwanzig' is German for twenty-four twenty, which is the number of the train carriage that will transport the leaders of the fourth reich to neutral Turkey. 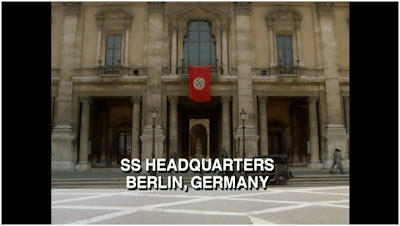 Wright is again instructed to form up a dirty dozen. This time however, the nazis know about the dozen... 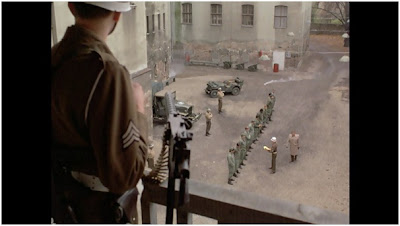 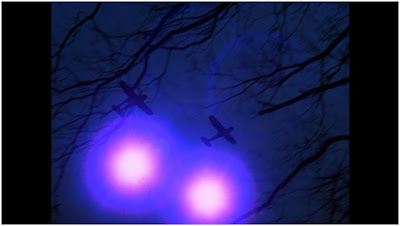 After Collins and Ricketts foil an escape attempt, the men are treated to a brothel party and just like the last film, the party is set to 'In The Mood'. I would complain about this being unoriginal and repetitive, but when Glen Miller's playin', who's complainin'? 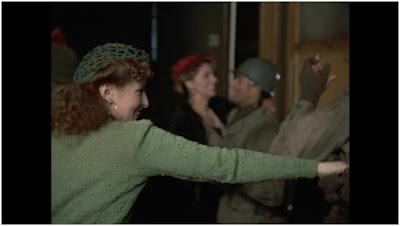 The dozen fly to Yugoslavia and are about to parachute when Wright decides to change the drop coordinates on the spot. The dozen land elsewhere and the nazi ambush at the original coordinates set up by the traitor fails, though a group of partisans there are all killed. 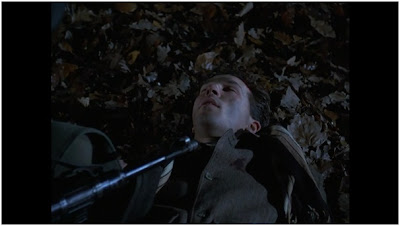 Wright and his men meet up with Yelena (Natalia Nogulich) the partisan leader. Soon after, dressed as priests and hiding in coffins, they attack...no, DEMOLISH a radio camp. While Wright tries to work out who the traitor in the dozen is, Stern and Campbell have a romantic moment, which leads to Stern having a great piece of dialogue. 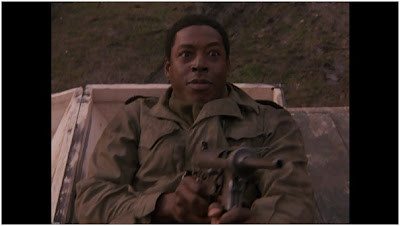 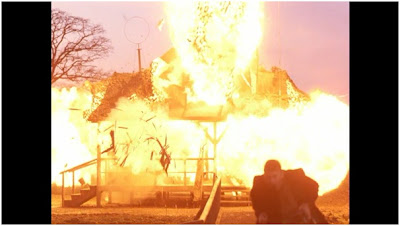 The dozen are soon ready to take out the train and put a stop to the fourth reich!... 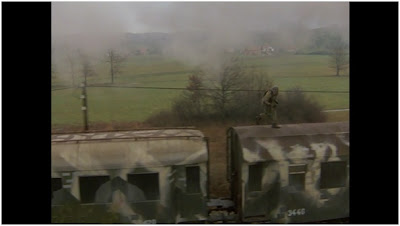 I'm going to spoil the movie's ending, but trust me, you won't care one bit. The dozen have taken over the train and are holding the 12 nazi leaders hostage and Wright has found out who the traitor is and dealt with them (you can't trust CHiPs can you). Wright attaches a large fuel carriage onto the front of the train and drives it towards the clustered nazi prescence ahead. While the train speeds into the nazi base, the dozen jump off the train, leaving General Richter to futilely fire a machine gun at the train as the carriage holding the 12 leaders of the fourth reich rams straight into Richter and explodes, taking out the whole nazi base with it! 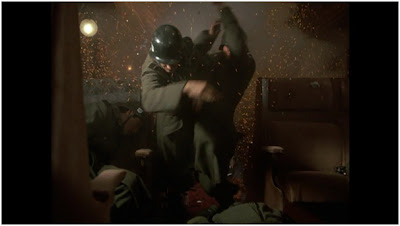 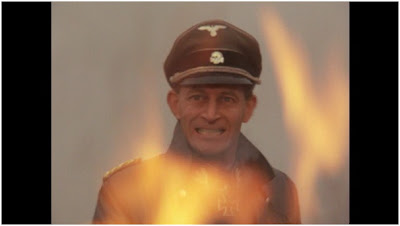 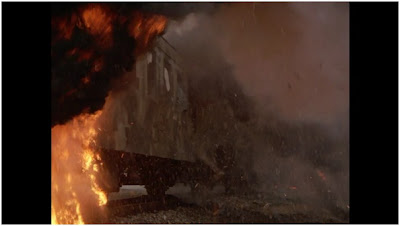 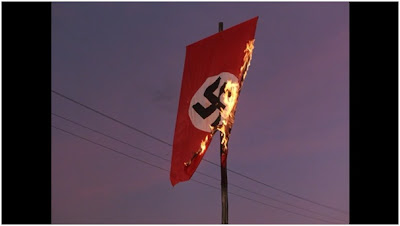 So how does The Dirty Dozen: The Fatal Mission rank up next to The Deadly Mission? It's just as great! It has great action scenes, well-written characters, more fun dialogue (and a baffling line-during parachute practice, one of the dozen is nervous about jumping, and one guy says 'move it or milk it'. I have no idea what that means!). Telly Savalas is just as badass as he was in Deadly-while training the dozen, one of the men has stolen Wright's knife and tries to kill him with it, and Wright calmy disarms him, laughing, like this is something that happens to him ten times a day. Also, Ernest Borgnine gets more screentime in Fatal than he does in Deadly! 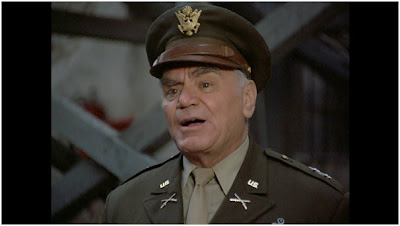 The plot is refreshingly different from previous Dirty Dozen entries with inclusions of a traitor in the dozen, a woman in the dozen, a change of location from nazi-occupied France for once, there's more than one survivor and instead of an over-the-top action extravaganza climax like Deadly, Fatal handles its ending differently. 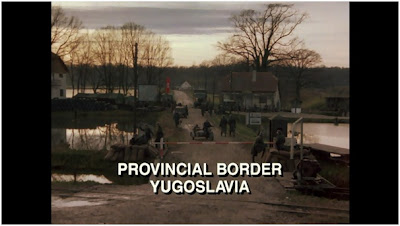 The only negative that I can place on this movie's neck is the romance subplot that starts, then is never mentioned again, but even that led to the best line of the movie. These movies are just too hard to dislike! Fatal also improves on Deadly's mistake and it's actually clear here who has survived and who hasn't. 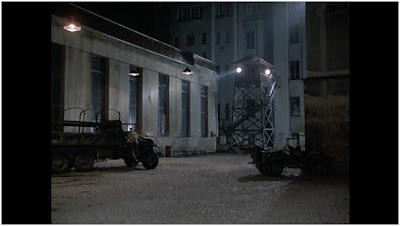