Now THIS is an awesome movie! Day of the Panther is an Australian actionsploitation that doesn't take place in Sydney, or Melbourne, etc., but Perth! The city that's only an hour's drive from where I live! That on it's own is awesome!

Day of the Panther is a 1988 action offering from cult director Brian Trenchard-Smith (known for The Man from Hong Kong, Leprechaun 4: In Space, Turkey Shoot, and many, many others!), about an order of...guys who hate drug-smuggling-it's never made clear.

The movie opens with a voiceover from William Anderson (John Stanton) a retired 'special branch'-guy, talking about the Temple of Panthers, and about Jason Blade (Edward Stazak), as he leads his daughter Linda (Linda Megier) and Jason Blade through the temple to complete their initiation into the Panther order.

Yeah, those weren't typos up there, the hero of this movie is really named Jason Blade! So Jason and Linda are initiated and become Panthers! 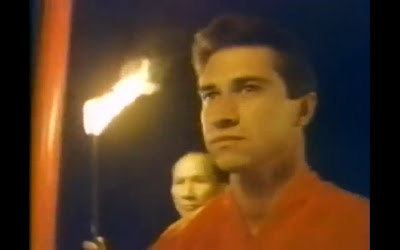 The two set off on a mission in Hong Kong, where gangster Baxter (Jim Richards) is dealing with some triads.  The two take evidence of criminal dealings, and are spotted. While the two escape, Baxter executes the triads he was dealing with. 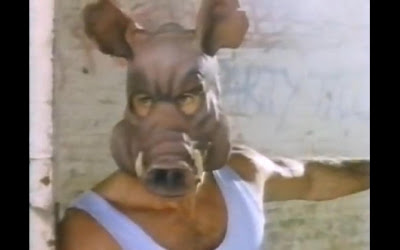 While Jason makes his way to Perth, under the surveillance of Colin (Zale Daniel) and Lambert (Matthew Quatermaine), two bumbling cops who think that Blade is a triad mercenary (thanks to Jason's cover story), Linda goes to an abandoned, graffiti filled warehouse...for some reason, and after a ten-minute fight scene (I'm not kidding!) with some masked thugs, Baxter arrives and kills her. Linda mustn't have been a very good fighter! She only dispatched three thugs over ten minutes, and all through the fight, she was either running, ignoring things that could be used as weapons against the machete/spiked-club armed henchgoons, or using things useful as weapons, then abandoning them for no reason! And despite being a rough, tough, trained-by-the-best fighter, she still gets defeated by Baxter...And by defeated I mean, she gets hit a few times, she falls down, and doesn't move when Baxter hurls a switchblade at her. MOVE,YOU DUMBASS! 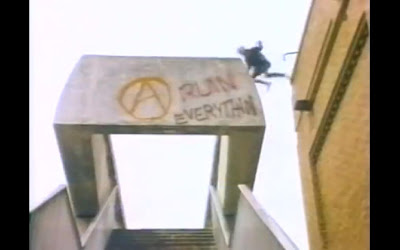 Jason finds out about Linda's death and goes to see William. He finds out that Linda was investigating Damien Zukor (Michael Carman), the biggest drug kingpin in Perth. Jason goes to Zukor's marina and asks for a job. Zukor (a dead-ringer for Nicolas Cage) refuses and orders his men to take care of Jason.  Since his name is Jason Blade, he beats down all of the henchman, impressing Zukor. 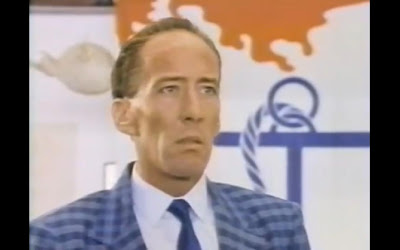 Meanwhile, Jason romances Gemma (Paris Jefferson), William's niece. He's interrupted by the two cops, who take him to the police station. Blade talks with the police chief (Brian Fitzsimmons), telling him his true 'special branch' identity. The chief believes him, and tells him to stay away from Zukor. 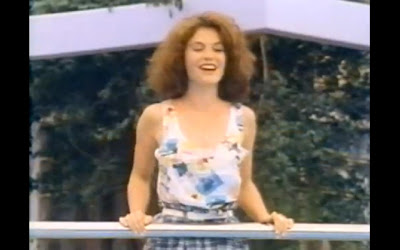 Jason is taken to Zukor's boat party by Baxter, and the drug lord gives Jason an errand-deliver some money to a group of guys in exchange for a suitcase of drugs. Blade leaves and goes to a warehouse, where the gang are. They try to attack Jason, leading to a brawl, all the while, Colin and Lambert are there, providing more bumbling cop action! 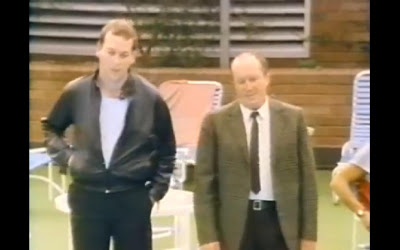 The whole delivery turns out to be a test to see if Blade was genuine, and Zukor hires him. After that Jason goes to the gym with Gemma in a scene that just oozes the 80's! 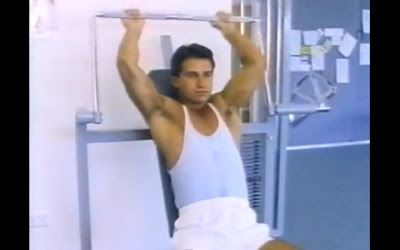 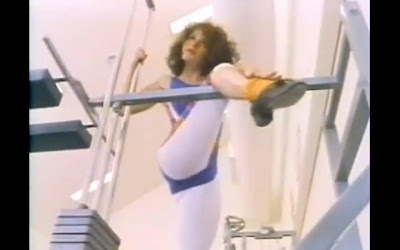 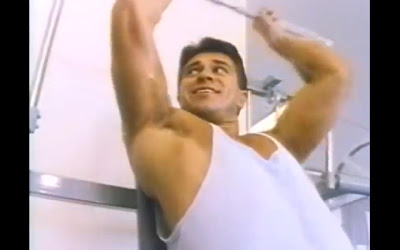 Jason soon finds out about a fighting tournament that Zukor runs, that's basically an illegal cockfight. Zukor decides to set up a rigged final match between Baxter (the tournament's golden goose) and Blade. Next, the film cuts to another 80's gym scene! Except Baxter comes onto the scene. He finds Gemma and forcefully asks about Blade, and before he can hurt her, William arrives. Gemma leaves and William is ready for a fight!...and Baxter is a pussy, who just walks off, saying, "I haven't got time for this!"-Oh, Baxter, I bet you say that to all the ladies-well you know where to buy viagra, dude! 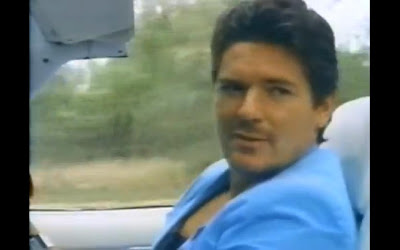 Baxter, still untrusting of Blade, orders a gang of guys to cripple him. When the fail, via way of Jason Blade-dispensed justice, Baxter goes to William's house and sees a photo, realizing Jason's true allegiance...

Day of the Panther is a fun 80's actionsploitation, made all the more awesome by it being Aussie! The acting throughout is decent, and the fight choreography is all good. The plot's entertaining, and there's an especially cool line at the end. William has Zukor at gunpoint and Zukor tries to bribe him-Zukor: "I have money!"-William: "So do I!". Now THAT is a fun line! 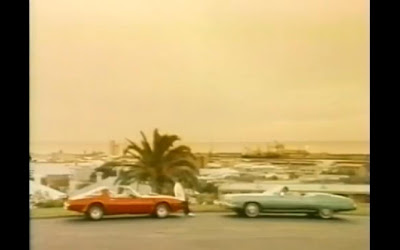 Something strange about the movie is why Jason, William and Linda kept getting called special branch. They're not, they're part of a secret order thingimajig or something, not the government (or at least, that's never mentioned or even hinted at). There's also a goof late in the movie. A henchgoon is tossed off a hill/cliff, and a crewmember's hand can be seen going out in front of the camera to help his fall! 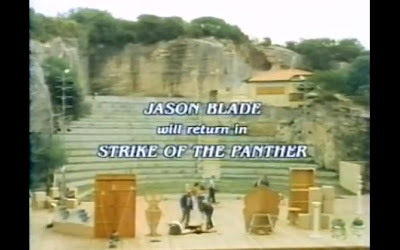 ...And that he did, the next year! Unlike The Sword and the Sorcerer's Tales of an Ancient Empire (which the world did eventually get last year, but it's totally not at all good!).
Posted by Chris Hewson at 12:06 AM