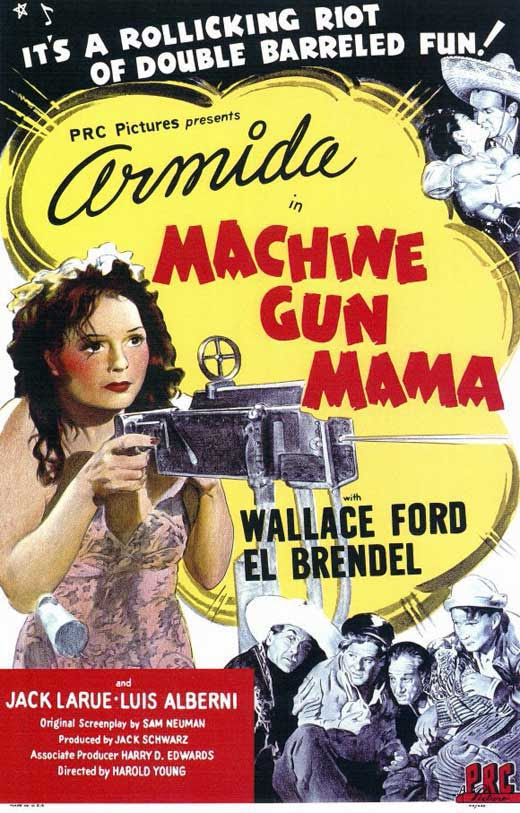 "Any similarity between this tale and a sensible thought is purely coincidental-or should we say accidental. It could never happen in a million years to anybody else, but it did to our heroes, who came from a strange and faraway place-BROOKLYN"

Until yesterday, I had no idea who El Brendel was. And now? He was an American comedian and vaudeville entertainer who usually played a "Swedish immigrant" character, and appeared in a bunch of films from the 1920's to the late 40's.

Machine Gun Mama is a 1944 attempt by PRC studios to make something similar to the Bob Hope-Bing Crosby-Dorothy Lamour Road To... series. It was also made for America's 'Good Neighbour Policy', so it was set in South America, talked positive about it, etc...

Opening with the above quote, plus some positive talk about South America, MGM starts off with Ollie Swensen (Brendel), a truck driver, saying goodbye to Bunny, an elephant that he and his comrade Johhny (Wallace Ford) were transporting until they lost the address, and now, they find a circus and intend to sell Bunny to it...All that plot I happen to know because I looked at the film's Wikipedia page! The movie leaves most of that explanation out, as it just starts off with the two Brooklynites stuck in Mexico with an elephant and a broken-down truck, and they almost immediately find a circus. Of course, you couldn't really expect exposition in a film that's only an hour long. 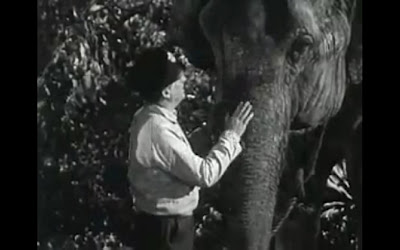 The two enter the circus and come across a person on...one of those balacing thingies that fall down when you hit a target-I have no idea what to call them. Ollie bets Johnny that he can't knock the lady, Nita (Armida) off the thing. Johnny does, and when they leave, they spot a guy about to shoot himself in the head. They stop him (leading more slapstick with the 'circus thingie'), and stray gunshots end up majorly pissing off Nita, who goes to a massive machine gun and totally demolishes an entire stall (Johnny: "If she was my daughter, I'd put a padlock on that cage of hers!")! She doesn't even aim at who shot her, she just shot a million bullets in some random place! I would NOT want to get this lady angry! 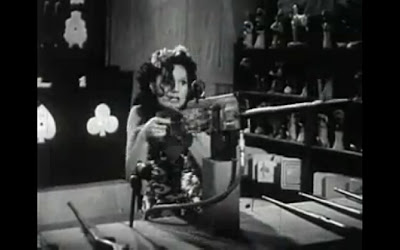 When Nita stops rageshooting, circus manager Alberto Cordoba (Julian Rivero)-Nita's father-introduces himself, Nita and Ignacio (Luis Alberni), the man who tried to shoot himself (over a 'Dolores'), who is the head of a flea circus. Since the circus is in need of a new animal since the last one ran away, Ollie and Johnny decide to sell Bunny to the circus, very cheaply. 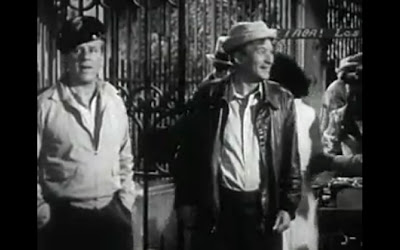 Later, Johnny is fixing the truck, and Nita comes along and they start chatting, leading to an 'oily' end to the conversation. Soon, two loan sharks, Jose and Carlos (Jack La Rue aand Anthony Ward) arrive at the zoo and hassle everyone there (Ollie: "Those two yentlemen ain't yentlemen!"). 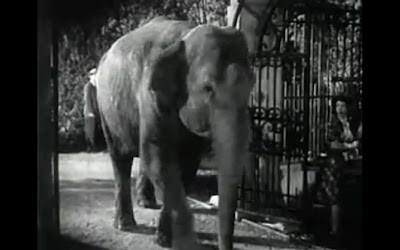 Cordoba and Nita work out all the circus' bills, then invite Ollie and John (who Nita has the hots for) over. Meanwhile, Jose and Carlos plot to kill Bunny, which goes pear-shaped when Bunny totally owns them. Then, after Nita sends the failed saboteurs away, she starts talking to Bunny (for way too long to be considered normal). 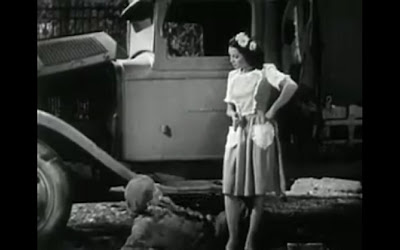 Nita and her father go to the police, asking for permission to parade Bunny in the streets of town. They get permission and start practicing for the parade. Things start to get complicated though, when two policeman arrive, asking for 'two Americans who stole an elephant'... 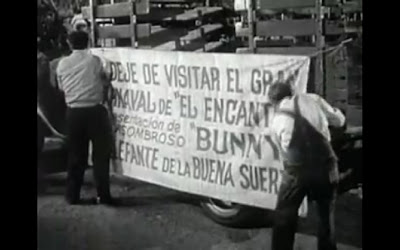 Machine Gun Mama is a mostly entertaining film. I say mostly, since the film does have a huge negative. But I'll get to that later. El Brendel and Wallace Ford are fun as an Abbott and Costello/Laurel and Hardy type duo (but minus the gags and comedy bits), and Armida as Nita is fun, although as a singer, she's as high-pitched as a wailing cat! There are two musical numbers in the film's last ten minute, and Armida sings both of them, and in my opinion, she sounds like a screeching banshee (sorry Armida!)! The second song is cool though, and she's a bit better in it than the first one. The rest of the acting is pretty decent. And Bunny the elephant is adorable!...And kinda disappears from the film's last twenty minutes! 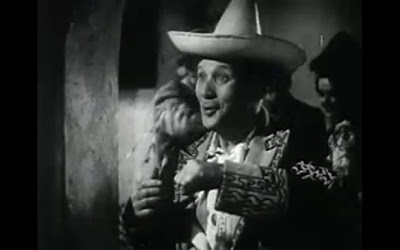 MGM was meant to be in the style of the Road To... series. How closely it resembles though movies though, I can't say, since I've only seen the last twenty minutes of Road To Utopia, over five years ago. But I have seen several Abbott and Costello movies (as well as Season 1 of their TV show), so I can definitely say that this film feels like an A&C film, but only really for the first twenty minutes/half-hour, as Ollie pretty much disappears as a main character at that point, and the movie focuses moreso on the romance between Johnny and Nita

Machine Gun Mama's biggest problem is by far the ending! It's confusing, abrupt, and makes no sense! Ok, so the police are after Ollie and Johnny because of the elephant, but that's mainly ignored as the duo have several other charges laid against them, spanning several different cities. Huh?! Well this is the first I'm hearing about that! Nothing was ever hinted about criminal pasts. What these crimes are aren't even revealed! (Could Ollie and Johnny even be tried for those 'crimes'? They were committed in America, and they're now in Mexico!) There is a scene earlier in the movie, when Nita tells Johnny about the police questioning her, and Johnny comes up with a fake, criminal background to avoid revealing that he and Ollie were actually meant to deliver the elephant to someone else-that's the impression I got.

Then, the duo are framed by the two loan sharks, who have stolen all of Cordoba's money and pinned the blame on Johnny and Ollie. They're taken away, then, next scene, they're out on bail and are at the parade, and Johnny's with Nita and her father. The police arrive, and they bring a blonde woman who claims to be Johnny's wife, and then someone named Charlie trips over, dropping Cordoba's stolen money, and the police arrest Johnny, then Nita starts singing her song for the parade, and the police, as well as the 'wife' vanish, as Johnny and Ollie watch Nita sing, and then the movie suddenly ends! HUH?! Maybe if the film wasn't only an hour long, then it could have actually had a beginning and an end, but I guess that's too outlandish a thing for me to want! 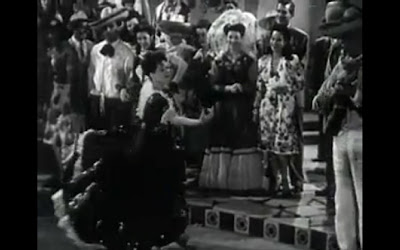 In closing, despite a terrible ending, Machine Gun Mama (only one scene justifies that title! Although the alternate titles all sound pretty vague, too) is a cool little comedy, and one with a really weird line courtesy of El Brendel!-"Let's make moon by the hayshine".
Posted by Chris Hewson at 12:32 AM