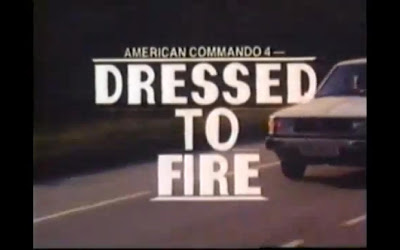 It's time for the great Pierre Kirby to make a return to Not This Time, Nayland Smith, with *IFD crime flick Dressed to Fire! And when I mean return, I mean actually return, not just have five minutes of screentime while a whole other movie goes on around him-nope, today I'll be going over just the IFD scenes! Brad Jones (The Cinema Snob) 'reviewed' this over a year ago, and he also edited all of the Pierre Kirby-Godrey Ho scenes together into one movie, and posted it onto Youtube, hence I'll only be reviewing those portions of Dressed to Fire.

* For those unfamiliar with Godfrey Ho and IFD films, that link on Pierre Kirby's name will lead to an explanation. 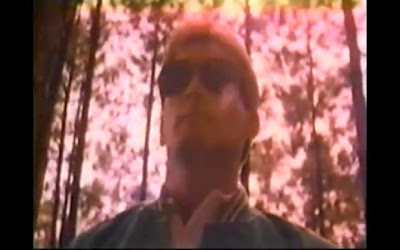 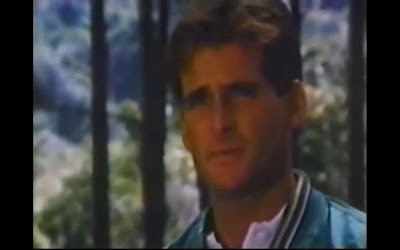 The movie opens with the usual IFD credits, which here credit Ho by his usual pseudonym, Charles Lee. Ganglord and drug dealer Lamarr (Edowan Bersma) takes some target practice out in the wild, then goes back to his lair, where Jane, a prostitute, one of Lamarr's employees, wants out of the crime business. He stabs her, killing her. 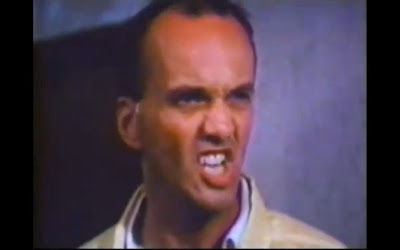 After Lamarr talks to his main henchman about crime stuff, the movie cuts to one of his drug deals. The deal is between IFD regular Dewey Bosworth and...a really skinny guy who's name I don't know. Everything goes according to plan until Jane's boyfriend Nick (Pierre Kirby) arrives. After a cool one-liner (Pierre gets quite a few of these in this film!), Pierre effortlessly dispatches the two goons and dumps the drugs. 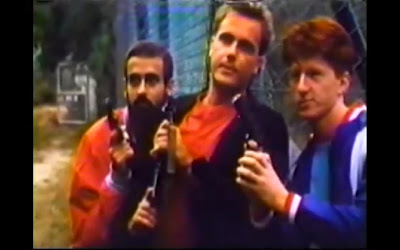 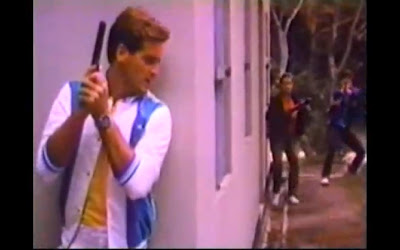 Lamarr is furious that Nick is coming after him and rants villainously (*About Nick*-"He's just feeling the pangs of seperation!"). Lamarr send out three goons (one of whom is Really Skinny Guy) to set up a fake deal, hoping that that will attract Nick...But of course, since this is an IFD film, the goons are just armed and at the planned deal site, with no fake deal going on to draw Nick in or anything. But thanks to plot neccessity,Pierre Kirby doesn't notice, or care, and comes anyway.

EDIT: Wow, that was one mangled and nonsensical sentence above, wasn't it! I wrote this review at around midnight, hence the painful grammar! Well it's changed now, so good! 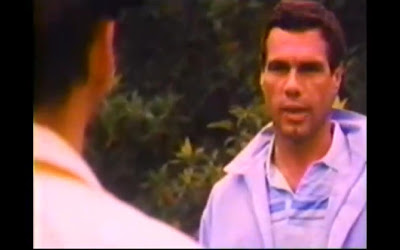 Pierre kills the two henchgoons and once again bashes the crap out of Skinny Guy, who escapes. Meanwhile, Lamarr is doing a deal with Patrick Frbezar (General effin' Karpov, from American Force 2: The Untouchable Glory, aka, Ninja Untouchables!) and his men. Frbezar (who's hilariously dubbed!) is Doug, an associate of Lamarr's. Since Lamarr and Doug are apparently complete idiots, they're having a meeting right out in the oppen, in broad daylight! Not exactly the best of plans when the man who can triple-flip in mid-air and is comfortable wearing a bright pink ninja suit is out for your blood! 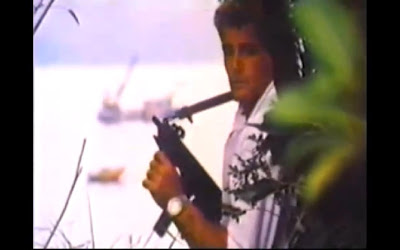 So of course, Pierre crashes the meeting, killing everyone, save for Lamarr and his main henchgoon, who escape. The film then gets dramatic, with Nick having a flashback to a conversation between him and Jane. Then, Nick is ready for the final confrontation with Lamarr... 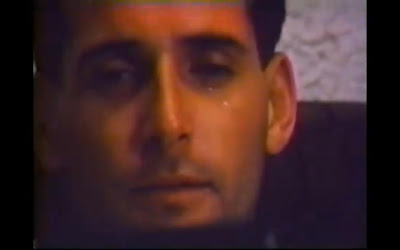 Dressed to Fire is usual IFD Godfrey Ho actionsploitation fun! It's quick, and goes from point A, to B, and C relatively simply. The acting's full of fun performances, with the great as usual Pierre Kirby, spewing out one-liners and kicking mass ammounts of ass!, and Edowan Bersma is awesomely evil as Lamarr (complete with his actual voice-I'm pretty sure-unlike his hilarious dubbed over voice in Zombie vs Ninja), and the henchman are fun as well, despite limited screentime. 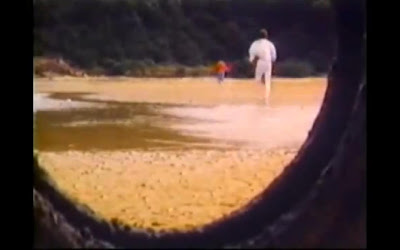 The film follows suite with one of the usual IFD staples-a minimal number of henchman! Lamarr, ganglord of Hong Kong!...only has five henchman at his disposal! And if you count Patrick Frbezar and his men, then it'd probably get to just nine! 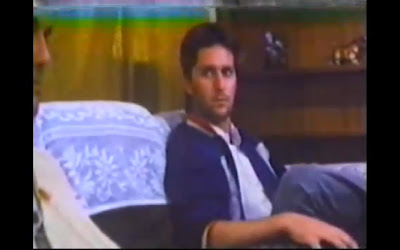 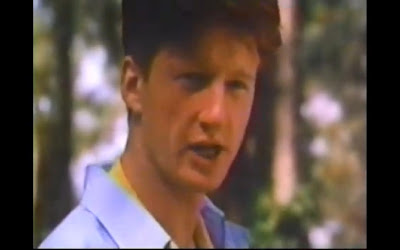 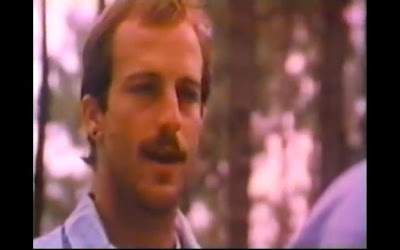 Dressed to Fire is also the fourth collaboration of Pierre Kirby and Edowan Bersma. The two appeared as hero and villain to each-other in Zombie vs Ninja, Crackdown Mission, and Thunder of the Gigantic Serpent, and they're at it again in DtF, with Bersma getting 'the unkindest cut of all'-below the belt! It's also the umpteenth time that Pierre has killed Dewey Bosworth! And this time round, Bersma's character is feeling cocky about his victory-saying to Nick at the end, "You know you'll never defeat me!". Poor Lamarr must have gotten so hopeful that he'd finally be able to defeat Pierre Kirby in one-on-one combat. Of course, that doesn't turn out so hot for him (Nick to Lamarr's above line-"Dream on fool.")... 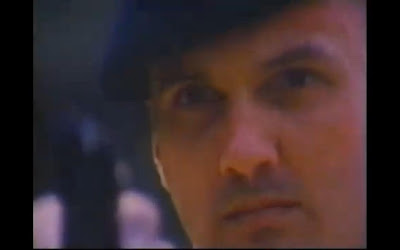 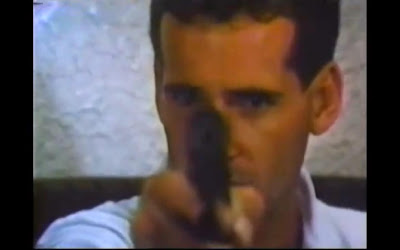 Dressed to Fire is definitely a recommended watch for fans of action! Pierre Kirby does not dissapoint!... 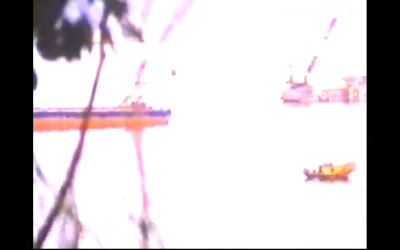