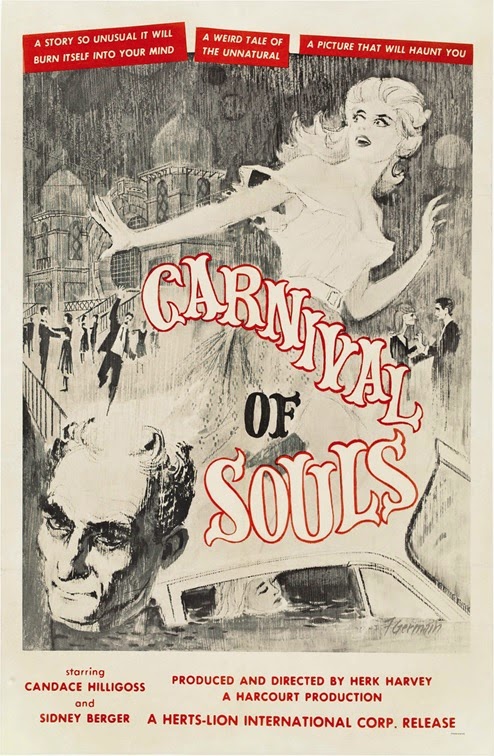 Made in 1962 on a shoestring budget ($33.000-an actual shoestring budget, not what Hollywood thinks is one, which is about fifty million dollars), Carnival of Souls is a fondly remembered creepfest, and one which supposedly inspired both George A. Romero, and David Lynch among others.

Unfortunately Carnival of Souls is in the public domain, which means that not many people have given much of a shit about the film's visual and sound quality. Some have though, and I think there are some super-super remastered version out there, with organ music that doesn't have the sound of VCR wobble to back it up, like crummy PD releases, as well as the ones on Youtube have. 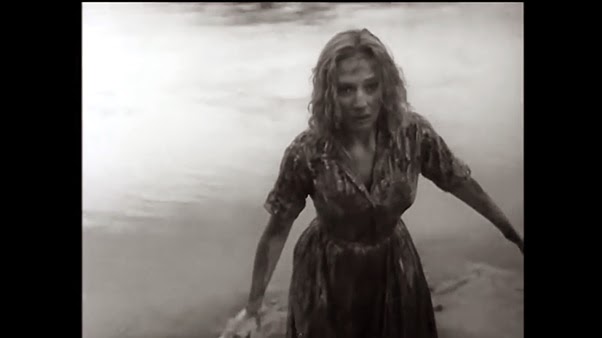 Organist Mary (Candace Hilligoss) is with some friends, who are egged on into a race, wherein their car crashes over a bridge and sinks into the river. Hours later, the authorities have been unable to locate the car, but they do find Mary, who walks out of the lake no worse for wear, aside from the shock. Soon after, she moves to Utah, where she gets a job as a church organist. Not liking the company of people very much, Mary isn't having much of a good time, but things get worse when she soon starts to see things. Mysterious ghouls starts stalking her, and she's oddly drawn to an old condemned carnival...

Carnival of Souls is creepy, but only a little. The dilapidated carnival looks nice and eerie, and the look of the ghouls-especially The Man-is suitably creepy, with director and producer Herk Harvey doing a great job. And just like Psycho, and Night of the Living Dead, Black and white would be this film's friend if it wasn't for the crummy quality of most prints out there. Unfortunately what diminishes the scares of the film is that overall, it's too simple. There isn't much to the film at all. A woman keeps seeing apparitions of a freaky man, and that's basically it. 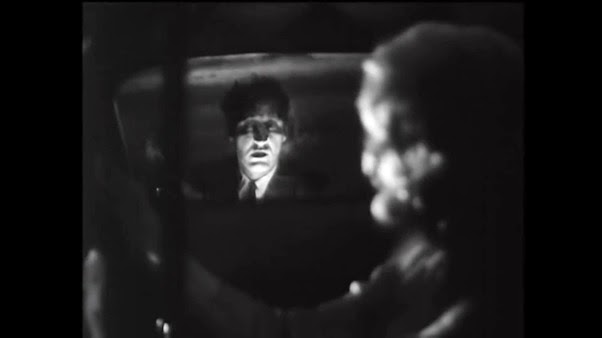 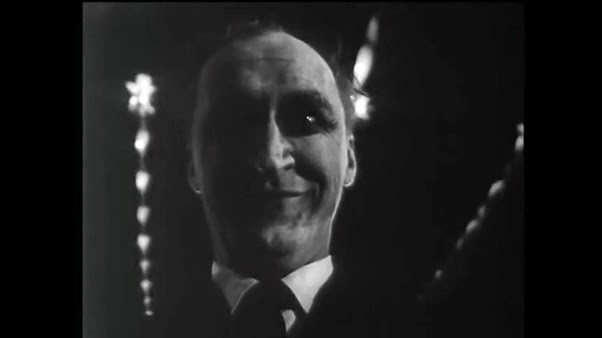 The plot regarding the ghouls is very minimal. Less is more, but not always, as I wanted to know more about them. Given how malevolent they seem, and Mary's impact on the real world, I'm not really fine with the lack of story about them or Mary's predicament.

The ending isn't quite predictable, but it's not particularly hard to gauge either. I'm guessing this would have been more original back in the 60's, but then again, there's probably a gajillion Twilight Zone episodes with this plot. That's right, Carnival of Souls shares the same ending...with Night of the Meek!...

The character of Mary is interesting, and she's pretty well developed. The other characters are just there, with the one having the most screentime being the sorta-perv 'ladies man' Linden, who's a bit of a dick. 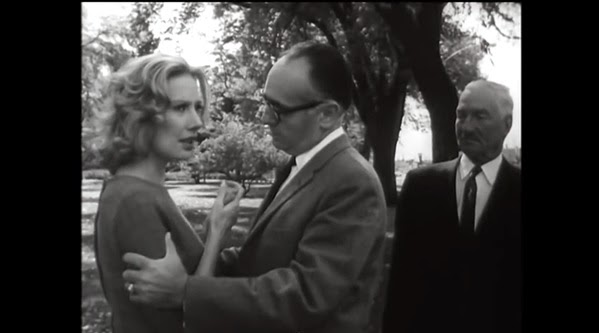 It's an absolute crime against reality that this was Candace Hilligoss' only leading role  At least she's absolutely full front and centre in Carnival of Souls. And apparently she even wrote a treatment for a sequel. Curiouser and curiouser! That's something that I really want to see!

There is one tiiiny little possible problem with her performance at the end. When she's being chased by the ghouls, it looks like she's laughing. Also, in the ending, when the crashed car is dredged out of the lake, the bodies inside won't stop moving! Although that might be because they're still half-submerged in water, and it's doing the moving, but it looks like the actresses couldn't keep still. 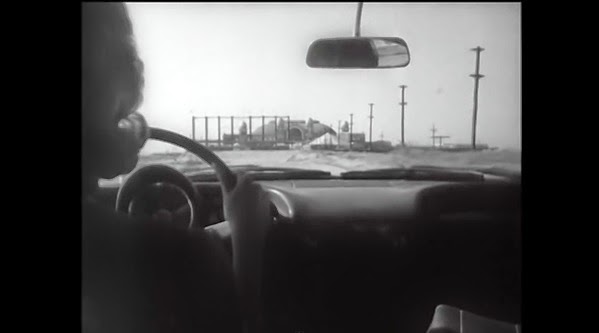 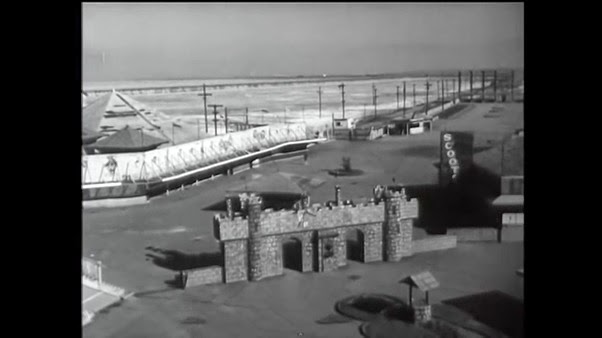 The only thing I outright didn't like about the film is when Mary's playing a tune on the organ that makes the priest furious at her, asking for her immediate resignation. For one, how can one make or find organ music 'profane'? And the music played in the scene isn't all that eerie, to be honest, and it definitely doesn't sound 'sacrilegious'. The scene just makes the priest come across as a crazy moron, rather than reflect any sort of change in Mary.

The scoring is decent, but the organ music never sounded eerie to me, and sometimes the score does a bit too much of the talking, like when Mary first phases out of reality. I feel the scene would have been better if they'd kept the music quieter and more low-key, or not included any at all 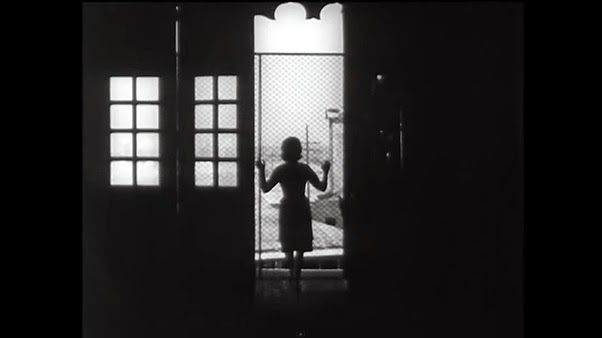 I didn't find Carnival of Souls to be a great film, but it's definitely a decent watch, and it can be creepy at times. I recommend it... 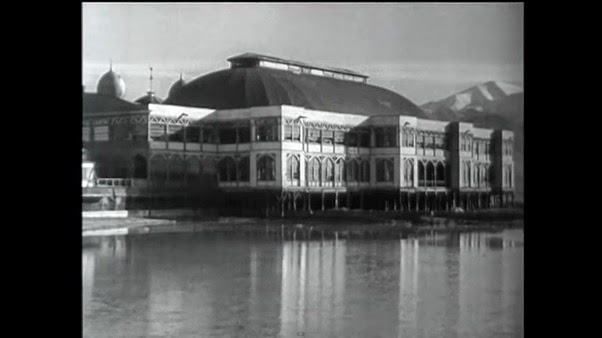