The Ator the Invincible series is a pretty storied one. Started in 1982 as a cash-in ripoff of Conan the Barbarian (the Italians loved their knock-off cinema!) by Italian director Joe D'Amato,  and was followed by a sequel in 1984 (to coincide with the release of Conan the Destroyer). The sequel, known as The Blade Master, and more notably, Cave Dwellers, became a cult hit after being featured on movie riffing TV show Mystery Science Theatre 3000. The film is full of hilariously poor special effects and stock footage, resulting in an unintentionally amusing flick. It is pretty entertaining in its own right, though. Good? Not really, but fun.

D'Amato lost interest in the series once plans for a third Conan movie were scrapped, and other genre director Alfonso Brescia took it unto himself to make the third entry in the series-Iron Warrior. Joe D'Amato didn't like that one bit, and in response to it, he made another Ator movie, Quest for the Mighty Sword, and it's the worst of the bunch!

Today I'll be looking at what's widely considered to be the black sheep of the Ator franchise-Iron Warrior... 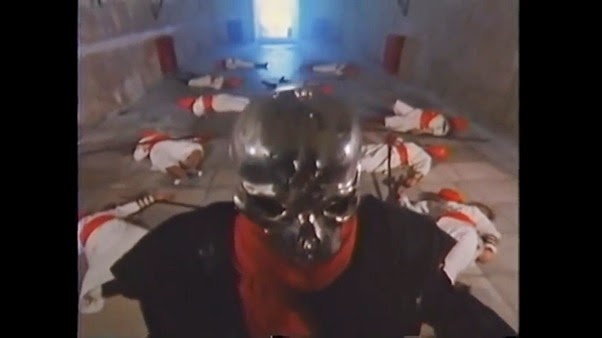 Wicked sorceress Phaedra is imprisoned by her fellow sorceresses for her crimes, but they are too late to have stopped her from kidnapping one of two twins prophesised to protect the future princess Janna. Eighteen years later, Phaedra's sentence is up, and with her powers back (but unable to use them to kill anyone...directly) she heads for the kingdom where Princess Janna and her father preside. She takes it over with the grown-up boy she kidnapped, now warped into the formidable sorta-cyborg Iron Warrior, and Janna escapes, seeking out the help of Ator, the other twin boy, now a warrior himself... 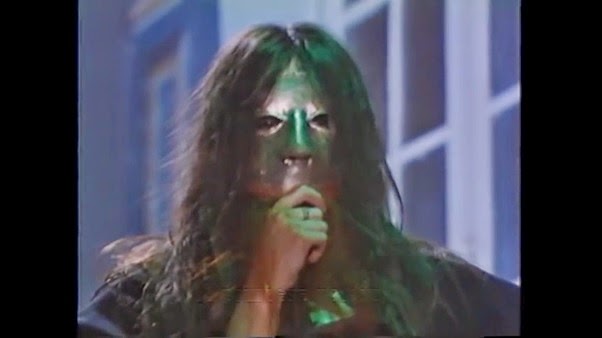 Iron Warrior has a reputation for being an arthouse sword and sorcery flick, and it lives up to that, in a way. While the whole film is bizarre, I never really found it to be artsy. It just felt weird. The closing lines, however, are definitely pretentious as hell! Some find Iron Warrior to be boring and interminable, but I didn't. It just felt empty to me. The symbolism and surreal style of the film felt both pointless and meaningless.

The character of Ator is very different here than in the previous entries, both in looks and in backstory, but who does that surprise. He goes through huge continuity shifts each movie! Thankfully the character is still played by Miles O'Keefe (feel free to ask me how much Keefe is in this movie), who does a decent job. He's not great, but that's because the hollow script holds him back. 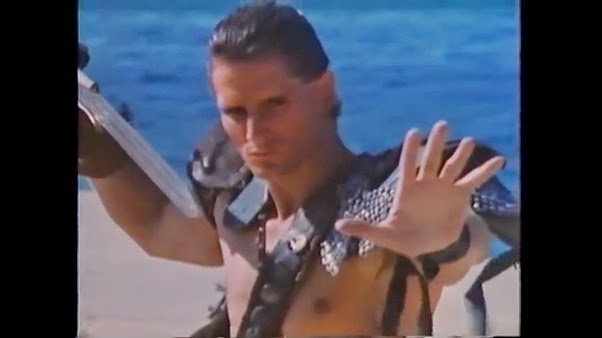 The whole brother dynamic between him and the Iron Warrior is completely wasted. He never utters a word, and just fights Ator, eventually getting killed

Another thing people (and Wikipedia) like to point out about the movie is how Miles O'Keefe barely has any dialogue, but that's not really true. He's pretty talkative, and he probably has the same amount of dialogue he has in previous Ator films.

The actress playing Janna does a decent job, despite how silly she looks with her hairstyle and the one eyebrow dyed pink. 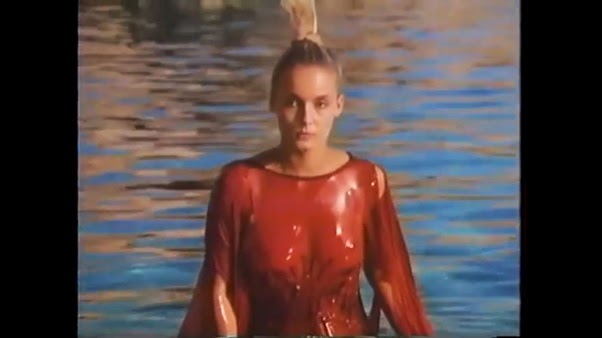 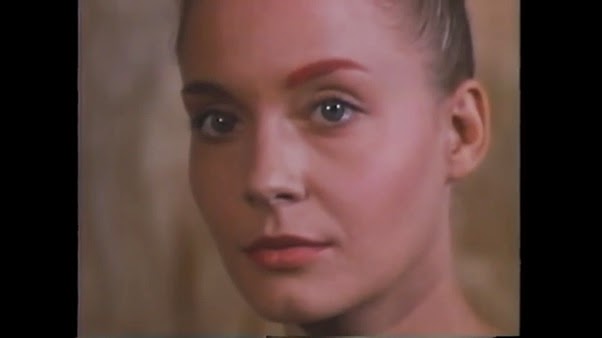 The acting is all ok. The film is dubbed into English, and while the lyp-syncing is obviously non-existent, the dub acting is quite good.

The direction is good, and some moments are filmed really well. The location work is terrible, as the same place is re-used nearly a dozen times! It's painfully obvious, and it makes the film look cheap. The effects are decent though, thankfully (albeit cheesy in the way only the 1980's could be), and the fight choreography is good. The look of the villainous Iron Warrior looks kinda silly, what with the huge red scarf he has along with his chrome half-skull mask, but it makes him look unique and somewhat interesting, in my opinion. 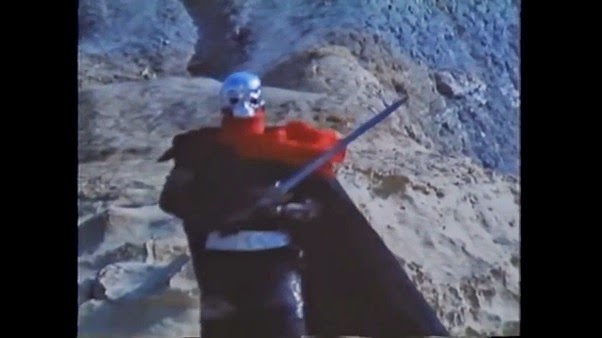 The score is pretty good (though original to this movie, I don't know), and great in the scene when the Iron Warrior is defeated! I guess the production didn't have much music to work with though, as the main theme is re-used in full in one particular battle scene, where it feels totally out of place.

The film's whole tone is that of oddness (I guess if you're a fan of the series who wants everything to be in perfect continuity, imagine this film a dream Ator is having after taking LSD), but one scene in particular stands out, because of how baffling it is! Ator and Janna are trekking the landscape when they're set upon by a group of four brigands, who snatch Janna and tie each of her limbs to their horses. Ator chases after them on horseback, picking up a selection of ridiculously conveniently placed spears on the ground, which are all placed so evenly that you'd think this was a dream. Then, whenever Ator hits each bandit, both they and their horses just vanish in the next shot! I guess Brescia either had to pick bad editing, or risk quartering the film's lead actress. 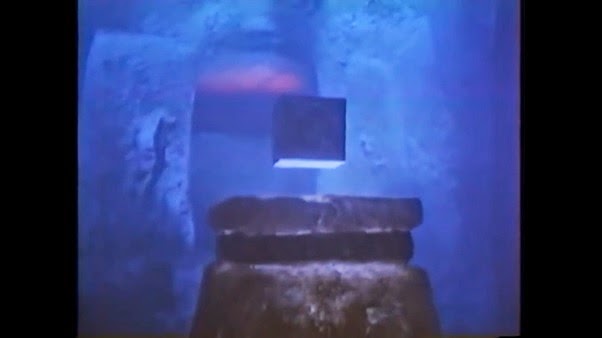 Also off about the scene is the effect of the actress being suspended by four horses. In a Hollywood movie, it wouldn't be real, and there'd still be stringent safety measures. This is 1980's Italy though, and cast safety wasn't a concept they had quite grasped at this point, so I have no doubt that if those horses got spooked or startled, then this film would have a much more ghoulish reputation!

So, what lesson have we learnt today? If you're sentencing an evil sorceress who wants to destroy the world, don't let her go free after a scant few years in the hopes that she'll decide to become good again, otherwise you deserve the eventual and inevitable revenge that'll be inflicted upon you...

Iron Warrior is a watchable movie. I don't particularly recommend it, and if it's sword and sorcery you're looking for, stick with the Deathstalker movies first, but if you're curious, give this a watch. At the very least, it won't bore you...
Posted by Chris Hewson at 9:29 AM