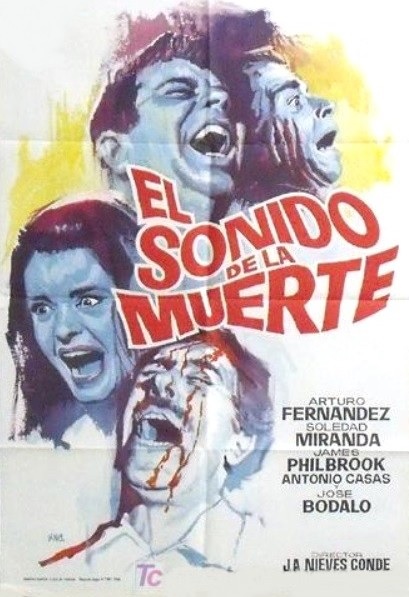 A band of archaeologists are searching for a hidden treasure in a cave system in the Greek countryside. The area is reputedly cursed, and this fear comes true when people start dying at the hands of an invisible terror, which always gives off a terrifying wail before it kills... 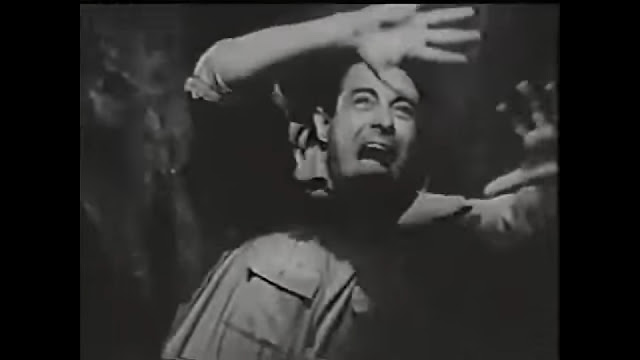 Sound of Horror is a sometimes dull picture, populated by uninteresting characters, and containing extended scenes of people either standing around quietly, sleeping or making coffee. The unremarkable appearance to a lot of the proceedings also takes it down a peg. Despite these issues, it does manage to be genuinely tense at times, with the titular sound being quite eerie, even if it doesn't sound anything like you'd expect from a dinosaur.

The pacing is pretty good, although after a certain point it feels like the movie ends, then just as the characters are prepping for the denouement it suddenly all starts again, and we have to stay seated for another half hour just for basically a rehash of what we already saw. All of this culminates in a pretty unsatisfying ending.

The characters are all a pretty dull bunch, and I frequently lost track of who was who, and how many they are. They're pretty interchangeable, especially the women, who are only distinguishable through their hairstyles. Unendearing and a bit sexist, they never make a great impression, though none are outright unlikeable at least. 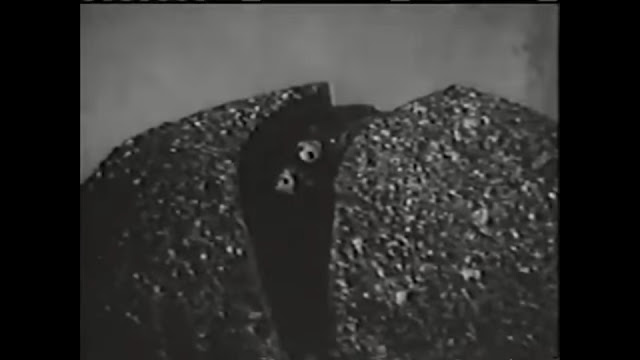 The conversations these people get can be pretty amusing though, from their conversations on superstitions, to an abrupt and out-of-nowhere atom bomb moral. One notably funny moment of the former is when they're arguing to the superstitious housekeeper Calliope that the curse may well have existed at some point, but can't anymore, because man's now invented the atom bomb, and landed on the moon. It's another age now, so clearly the curse gone past its sell-by date, so let us all go back in the cave to get the treasure!...And we'll just ignore the fact that we found one of our mates there brutally slashed to death and drained of blood only 20 minutes ago.

The biggest disappointment is when Calliope gets killed, despite having been the one who's talked the most sense into these dopes. Why couldn't one of them have been eaten instead? Although frankly she behaved like a total idiot in the last scene, so I guess she had it coming. A sacrifice at the end also feels unnecessary, since we already got a sacrifice by dynamite 20 minutes previously. And the implication of 'I can't be bothered living as a cripple so I might as well just blow myself up' isn't exactly a positive one!

The monsters are decent. Their being invisible aids them most, since it makes them scarier than any rubber suit could. The drawback though is that we never see them coming. We don't get any cool  moments, instead just watching literally nothing happen while the music tenses up, as if the movie is saying 'You can't see anything, but something very scary is there, believe us!'. The explanation behind them being invisible is so hurried and unbelievable that they may as well have just said 'It's magical'.

Since they're of the invisible variety, I can't show you a picture of the  but I can show you one of the leads reacting to it. 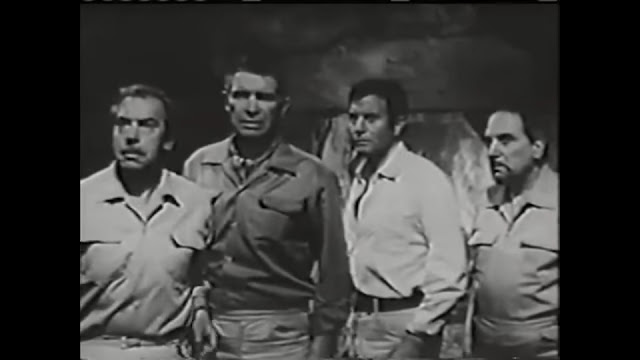 The acting here is standard, but not that great. The dub acting is tolerable at best, but always sounds like the same couple of actors over and over again.

Shockingly enough, both Soledad Miranda and Ingrid Pitt are in this movie! Firstly it's shocking just because of how dull and low-budget this movie   but it's also shocking because I didn't even notice they were here! The print I watched was not only low-quality, but the kind of low-quality that does not go well with black-and-white, so their iconic beauty went completely unnoticed.

The direction is quite bad.  The staging is ok, but it's the handling of the actors where it really falls down. Their reactions to the invisible threat, and to those being attacked by it is so ridiculously lax that you'd think the men have taken xanax as they casually stand and do nothing while someone gets killed in front of them. Then when they do react with the proper urgency, it comes off as laughable given how much time has passed, and how late they are. 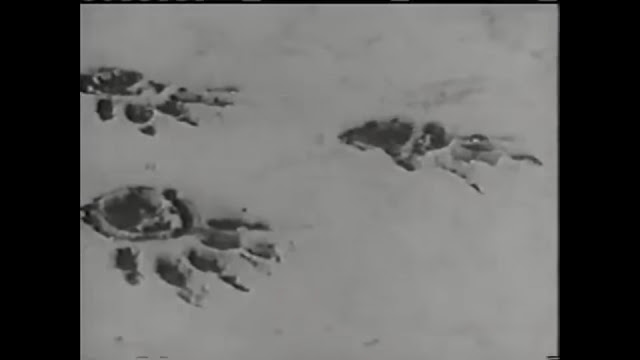 Sound of Horror is a flawed movie, but it's got its upsides to it, and is worth checking out if you're interested, and want to see what two of European horror's most famous starlets got up to in the early 60s...
Posted by Chris Hewson at 9:21 PM