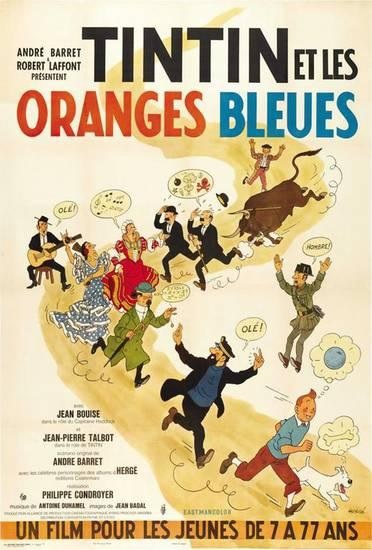 Famed man of science Professor Cuthbert Calculus has published a new book on the urgency of fixing world hunger, wherein he pleads for the rest of the scientific community to rally behind him in finding a way to feed those less fortunate. He soon receives a mysterious blue orange in the mail from a Spanish colleague. It's quickly stolen, so his heroic young journalist friend Tintin and he abrasive Captain Haddock accompany him to Valencia to find out what's going on, getting embroiled in an international conspiracy in the process...

Tintin and the Blue Oranges is a mixed bag of a film. A mixed bag of oranges, you might say!...I apologise for that. Anyway! There isn't much of a plot here, sadly. It gets off to a good start, but devolves into the leads being taken prisoner, escaping, having a chase, being taken prisoner, escaping, having a chase, etc. It ends up looping a lot, feeling like you're watching the same scenes re-filmed multiple times. The climax doesn't really break from this either, and is thusly unsatisfying. 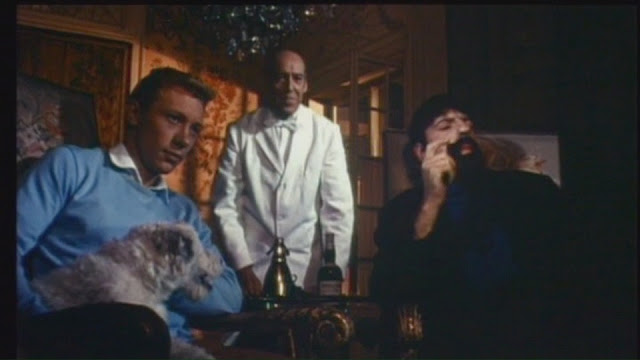 The heroes are a fun bunch to follow, with all their weird idiosyncrasies, and iconic designs. Snowy the dog is both adorable and helpful, stealing any scene he's in!

The villains are a complete non-entity. After kidnapping the Professor, they not only do next to nothing, we rarely even see them, and they just sort of vanish, and get dispatched super easily, with the final confrontation being with a separate group of criminals, who kidnap Calculus and Zalamea themselves.

As much as I can judge the acting, they look spot-on in their roles, and do a good enough job portraying them. Jean-Pierre Talbot is ok as Tintin, if not hugely interesting, while Jean Bouise is more lively and bombastic as Captain Haddock. Perhaps a bit much so, but I can't say it's not faithful to the comic character, at least. Felix Fernandez doesn't appear a whole lot as Professor Calculus though. Neither do the actors playing the Thom(p)sons either, also getting kidnapped and held offscreen for large swaths of time. Man, there are a lot of kidnappings in this movie! Quite a lazy crutch to continually rely on so much. 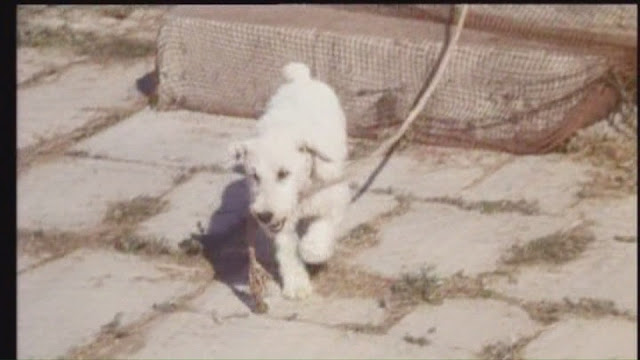 The actors playing the villains get too little to talk about, and appearing for an extended cameo is the character of Bianca Castafiore, who's incredibly annoying here, but I do think that's meant to be the point. One neat thing is that the Spanish characters/actors in this film actually speak Spanish! And the same goes for Arabic ones, too.

The direction here is standard for the most part, but interesting in a few places, such as the double room scene with the Thom(p)sons ,and a few Scooby Doo moments. Filmed largely in Valencia, Spain, Tintin and the Blue Oranges looks spectacularly beautiful! I'd recommend it for the visuals alone. 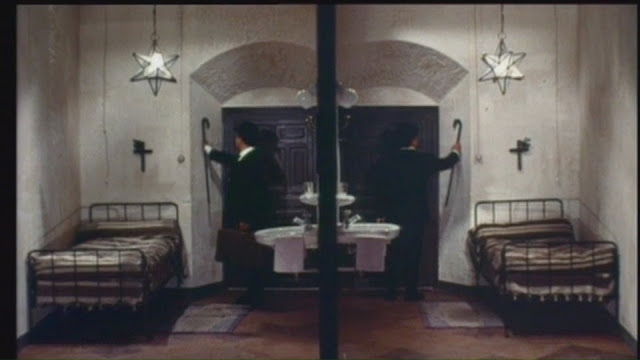 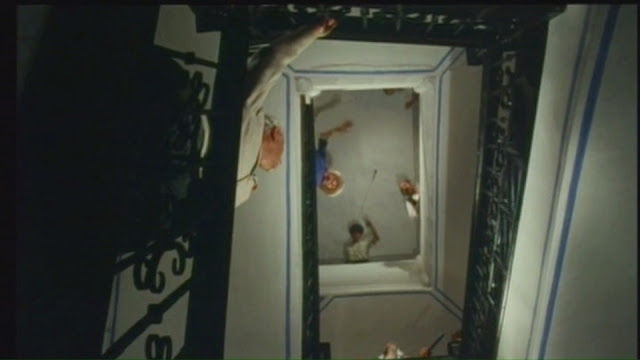 The music in Tintin and the Blue Oranges is very fun, and exactly what you'd want from a Tintin movie! They repeat the main tune a bit too much though, and it's played so fast in some instances that it's bound to give you a heart attack!


Tintin and the Blue Oranges doesn't really compare to the comics it's based on, but it's an otherwise harmless time...
Posted by Chris Hewson at 9:28 PM