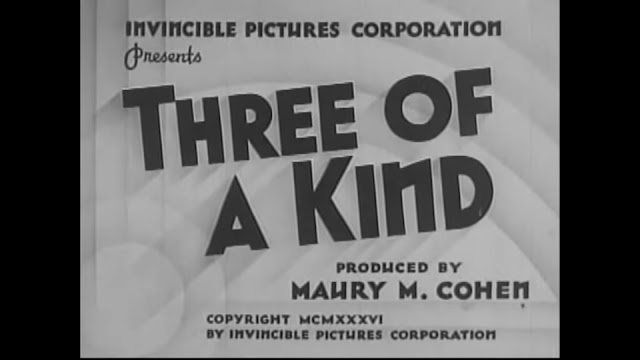 Barbara Penfield, daughter of a laundry magnate, is intent on marrying her beau Rodney Randall, despite her father's strenuous objections towards the man's intentions. Unbeknownst to her, he turns out to be nothing more than a lying con artist, out to swindle her family's money. Meanwhile, Jerry Bassett has just quit his job as a delivery driver for the Penfield company after taking the money and running after an award ceremony, and decides it's high time he finally started living the way he deserves. Gradually everyone ends up at the same hotel, along with a scheming father and daughter, and everyone tries cheating the other, and it seems like no guest is telling the truth... 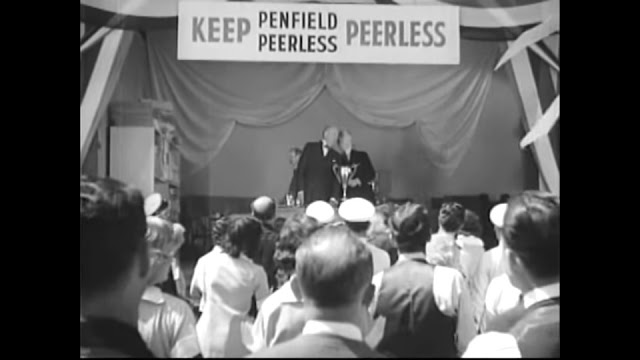 Three of a Kind is like one big misadventure. It sets all of the pieces in place, then gets the ball rolling. This ball however happens to break apart into a hundred marbles and all go into different directions. I don't necessarily mean this as a negative, but boy, Three of a Kind is a confusing movie!

Right from the title, this baffled me. 'There are three con artists?', I wondered. Technically there are about five or six. Took me almost the entire movie before I figured out who it could probably represent. This movie focuses on a collection of people who are all lying their asses off one way or another and conning their way through the evening, whether they're aware of it or not. 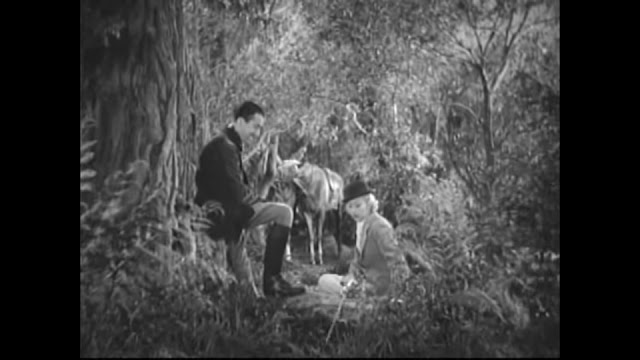 As the film ticks on, it perhaps stayed on the business talk a bit too much in the midsection, and not quite enough on the romance (or romances, as the slightly confusing ending signified). The lies eventually became too much right about the time when the partially-clothed Barbara's chatting with Jerry. It was fun to watch, but I think my brain checked out at that point. Then the climax came and my brain really melted!

The dialogue here is very snappy! The family interactions between the Penfield's and the Cornelius's are hilarious, and the other characters are never short of good quips either.
"Give him all the rope he wants, then let him eat it."
"Can't you forgive a man a youthful mistake?"-"Youthful? Even the warden called you Pop!"
"Keep away from that window, you might get wise to yourself and jump." 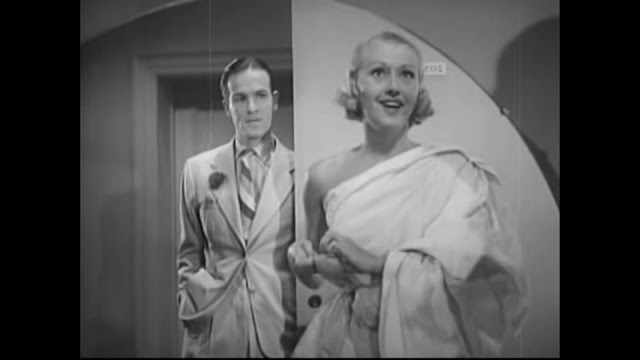 There's also some slight social commentary on the idle rich, and how all you really needed to be somebody was fancy clothes, and confidence, and that would carry you all the way. Just about every supposed rich person in this film is really a destitute con-artist, or an average joe who's glad to finally have a buck or two, and this is never questioned by the management or other guests, who freely assume the best of these well-dressed gentlemen.

The actors all do fine jobs. Chick Chandler is the most sensible player in the picture, while Evalyn Knapp has an absolutely golden Transatlantic accent that she purrs her way through the film with. Bradley Page is decent as the lothario conman. Richard Carle is an amusingly shouty presence as Mr. Penfield, while Berton Churchill and Patricia Farr are a great father-daughter pair, getting some of the best lines. Lew Kelly is also surprisingly good here in his short role as a quick-eyed police officer. 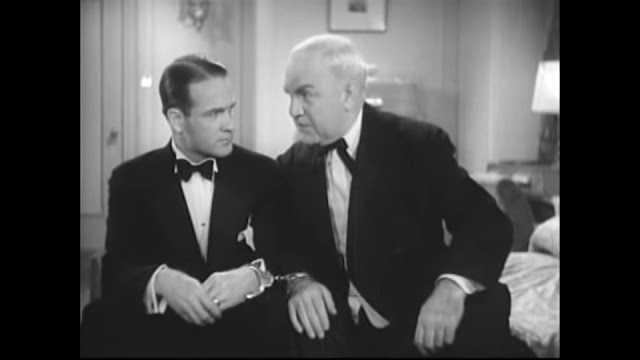 Three of a Kind is like a maze to watch, and sometimes you feel as if you need a spreadsheet to sort through all of the lies, cons, and confusions present. However, it's the kind of maze you enjoy getting lost in, and it's a heartily entertaining movie despite the confusion you may (will) have...
Posted by Chris Hewson at 7:24 AM