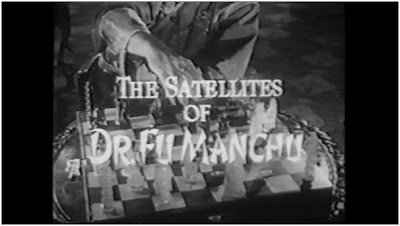 Opening with more voice-over distortion, The Satellites of Fu Manchu centres on the insidious doctor's plan to conquor the world's skies!... 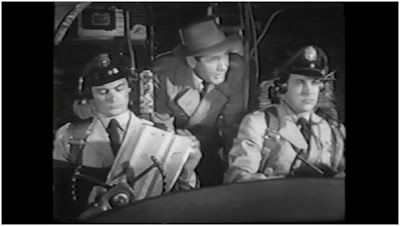 The episode opens with Dr. Petrie accompanying a US government research team to New Mexico, in a bid to work out a way to 'sustain human life in the vacuum of space'. He's going there via plane, which is following a tracker beam on their radar, but it disappears. The plane drifts off course, but the beam shows up again, and they follow it. 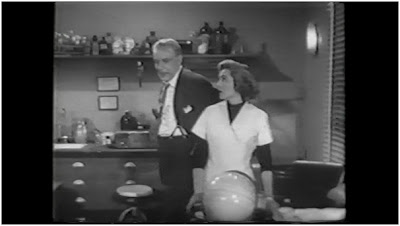 Next we cut to to a newspaper saying that the plane has gone missing. We find out from a news-reporter that this is the fourth military plane to go down in the last few weeks. Meanwhile, Nayland Smith is on the case, meeting a government official, who tells Smith that the government is certain that sabotage is behind the disappearances. 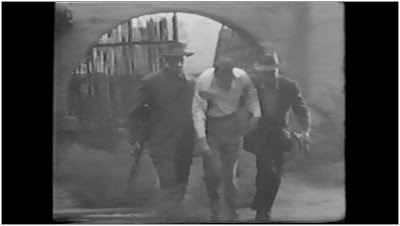 Smith goes...somewhere, I have no idea...wherever Betty is-and he looks through papers. While Betty believes that everyone in the planes is dead, Smith senses a pattern-all four planes had space scientists onboard, i.e. meteorologiest, astronomer, medicine, etc.. Smith gives Betty an astronomy lesson on satellites, telling her that he who controls them controls the sky, and the world, and Nayland Smith is sure that Fu Manchu is behind this plot!... ...Six minutes in would be a good time to first mention the character who the show's named after! 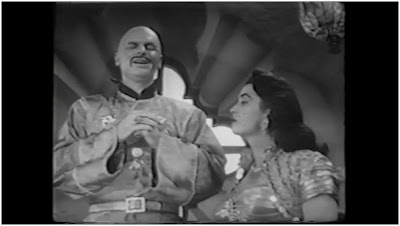 Next we cut to Dr. Petrie being taken to Fu Manchu's current secret base. Petrie narrates about this, and he waxes on about seeing Fu Manchu, 'that evil visage', and other stuff to build up tension...that immediately falls apart the moment Glen Gordon opens his mouth. Fu talks menacingly to Petrie about his plans. Meanwhile Nayland Smith has gone to see Vosburg, an expert on guided missiles, and warns him that he might be next on Fu Manchu's scientist shopping list. Also, their conversation is interrupted by a rocket launching outside of Vosburg's office window, that's either stock footage or cardboard. Since Vosburg has to make a plane trip, Smith decides to take his place and be led directly to Fu Manchu. 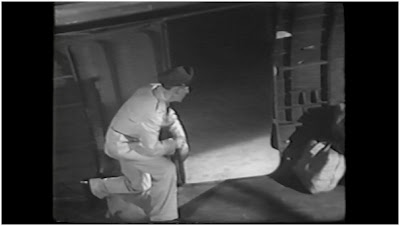 I'll give the series this-it's plane cockpit mockup looks a universe better than the one in Plan 9 from Outer Space! 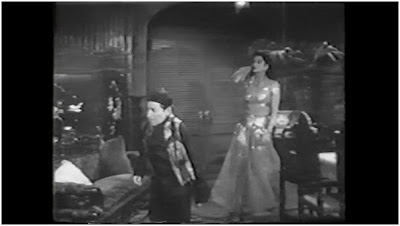 Smith gives the plane's pilots the oppurtunity to decline this mission due to it's danger, but they volunteer to go. The flight goes normally until Fu instructs some henchman to destroy the plane's marker beam, as well as the planes transmitter radio going out. The transmitter comes back online, as does the beam, and they are told over the radio that there was just a brief power shortage. They continue following the beam, then they realize that despite following the beam, they're miles of course. They pass over a beam station despite being in the ocean. Then they notice a ship below them, with a "plenty illegal" beam station attached. Low on fuel, they decide to attempt a landing on the ocean, and board the vessel. 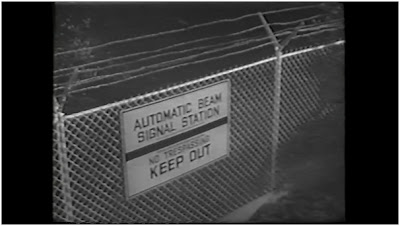 Fu instructs Kolb to retrieve the landed plane's occupants, and Smith and the two pilots are taken to Fu's secret base from before (or not-more on that later). Fu threatens Smith, but he reveals that the plane had a tracker on it, and the Mexican authorities are coming. Fu doesn't believe him until planes arrive and start bombing around Fu's base...

Will Nayland Smith's plan work?
Will the planes bomb the shit out of the base along with Smith, Petrie and the scientists?
Will Betty do more in this episode other than make coffee? 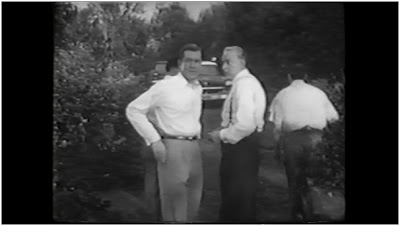 This is a fun episode, despite the sparse plot, the large absence of Fu Manchu (screentime-wise), and both Betty and Kolb being underused. There are entertaining moments, and there are hilariously wooden lines! At the end, Nayland Smith delivers a speech that sounds very scripted! There's also a cool line said by one of the good guys near the end-"Drop the gun trigger man or the boss gets it"! I hope I can get a chance to say that line in real life sometime!...
Posted by Chris Hewson at 10:16 AM