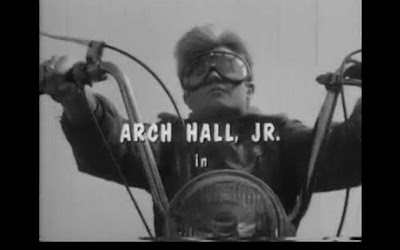 Arch Hall Jr. was an actor back in the day, as well as a singer (in fact, I think he still tours occasionally) and he's pretty obscure. He was an Elvis-type, a young, good-lookin' guy singer who starred in only six movies between 1961 and 1965. Most genre fans know him from either of two movies-Eegah!, the Richard Kiel killer caveman movie that was featured on Mystery Science Theatre 3000, and The Sadist, where nice-guy type Hall Jr. played Charles Starkweather! Needless to say, it was an intense and unexpected role!

What's probably the best of his filmography other than The Sadist is kinda-musical Wild Guitar!... 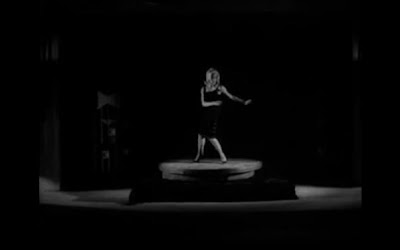 Wild Guitar opens with Bud Eagle (Hall) riding around on his motorcycle and arriving in California, where he stops by a diner. Also in the diner are three comice-relief shady types and a young woman, who talks with Marge (Marie Denn), the waitress/manager, about her upcoming job interview in Hollywood. Eagle walks into the bar (which has a poster of other Hall Jr. films The Choppers and Eegah!) and orders a meal. He gets talking with the woman, Vicki  (Nancy Czar) and he says that he's got a letter from the manager of the radio station of his home town, Spearfish (the name of which everyone, EVERYONE in the bar repeats in surprise). Vicki offers to take Bud to the tv studio where she's got the interview.

After Vicki does her dance audition, the next act gets sick and runs off, leading Vicki to suggest Bud to be a replacement act. The manager, Kenton (Paul Voorhees...seriously!) agrees, and after a bungle with cords, Eagle (with a surname like that, I'm never going to refer to him as 'Bud'!) sings, much to the acollading of the audience. Big Hollywood manager Mike McCauley (Arch Hall Sr., credited as 'William Watters') sees the performance and calls for Eagle to be brought to his office. 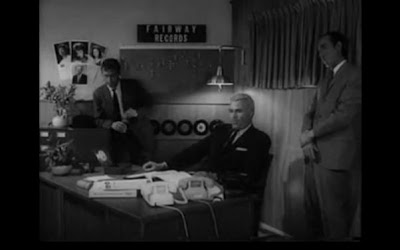 McCauley offers Eagle a deal, which he accepts happily. McCauley and his assistant, Steak (Ray Dennis 'Cash Flagg' Steckler) take Eagle to a swank penthouse, which McCauley says Eagle can treat as a home. McCauley's courtesy goes right out the window though when Eagle says that he needs to go to the diner from before to get his suitcase, which he left there. McCauley goes off at Eagle, then softens up, and tells Steak to go to the diner and get Eagle's suitcase. When Eagle goes off to bed, McCauley tells Steak to get rid of Eagle's guitar, and get the suitcase, but ditch Vicki. 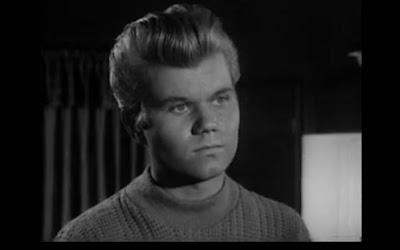 Steak goes to the bar and grabs the suitcase, telling Vicki that Bud never mentioned anything about her being there, then, the next morning, Steak tells Eagle that Vicki was never at the restaurant, probably out of jealousy that he got signed up and not her. Eagle is reluctant to believe it, but he grudgingly accepts it. McCauley talks to Eagle, introduces him to the band from the previous night's gig, and as well as discussing record deals (and how McCauley lied to the papers about the number of record deals Eagle received to make his new singer sensation more more appealing) and gets Eagle a new guitar. Eagle gets some songs that he wrote from his suitcase and sings one... 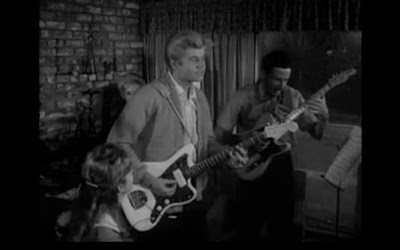 Meanwhile, a few days later, a song of Eagle's is playing on the radio, and everyone in the diner is dancing around to it, save for Vicki, who talks to Marge about how much she likes Eagle ("I think he's the most!"  People really talked like that back then? Whoah!). After Vicki gets sad and runs off, the scene cuts to McCauley talking to a broup of teenagers on his payroll, talking about how to get Eagle's name more widespread. Bud however, is fed up of the phony music industry ("you can't make people...force people to like me. You just can't take a group of people and say 'you like Bud Eagle and go buy his records', you just can't do that, Mike!"). McCauley tells Eagle about the money he owes him, and that he can't just walk away without paying it off. So Eagle decides to stay in the business until McCauley is fully paid off. 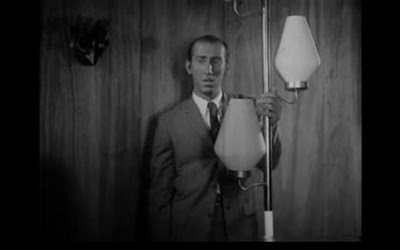 After a montage of money, we cut to Eagle on tv, singing 'Vicki' (in a much better context than in Eegah), which Vicki sees. Overjoyed, she runs to...wherever Eagle is and they make up, and he says that he left her a mesage, which Vicki says Steak never delivered. They go ice-skating at her uncle's rink, and when their night is over, Eagle goes back to his penthouse, where Don Proctor (Robert Crumb...not THAT R. Crumb!) is waiting. Proctor is a former client of McCauley's, who was treated lavishly, just like Eagle, until his music style went out of fashion, and he was abandoned by McCauley, who had cheated him into signing a contract that ensued that he got none of his royalties, leaving him broke. 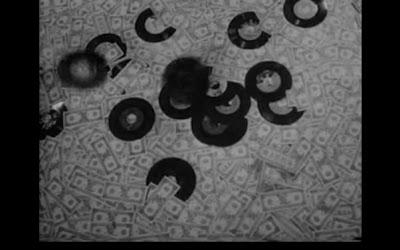 Just when Proctor finishes talking, Steak comes with call-girl Daisy (Virginia Broderick), who tries her best at coming on to Eagle. While Daisy chases Eagle all over the penthouse, Steak forces Proctor out of the room at gunpoint. When (the drunk) Proctor struggles, he is knocked down the stairs. Meanwhile, Vicki is headed for the penthouse and sees Eagle with Daisy on top of him, and she runs off. Eagle runs after her, but is stoppped by the three comic-relief guys from Marge's diner, and they kidnap him, intending to hold him for ransom...but Eagle thinks up of his own plan, and strikes up a deal with the three guys!...

Wild Guitar is one fun movie! Arch Hall Jr can both act and sing really damn well! As for the film itself, it's well directed, and edited well. As for the rest of the acting, pretty much every performance is solid. Arch Hall Sr. is entertaining as the cheating scumbag of a manager, and Ray Dennis Steckler (from The Incredibly Strange Creatures Who Stopped Living and Became Mixed-Up Zombies) is fun as heavy, Steak. Nancy Czar as Vicki is decent, though her acting is worse if you can see her face-she looks blank a lot of the time (she is one hell of an ice skater though!). As for the three comic-relief crooks/kidnappers, they're VERY goofy and a lot of fun! 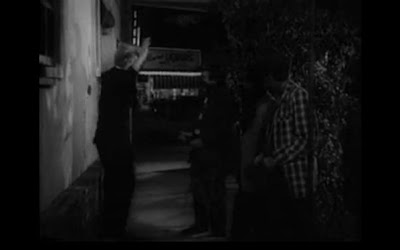 And speaking of the kidnappers, in the scene where Eagle gets ahold of their gun, he isn't holding it with any real threatening intent, but since I've seen The Sadist, seeing Arch Hall Jr. holding a gun is really creepy!

As for the film's plot, it's been described as 'almost ahead of it's time in a way', how it shows the sleazy underside of the music industry, with crooked managers, hookers and gangsters. I don't really know much about films from this era, so I'm not really sure if that's accurate, but the person who said it is smart, so I'll take their word for it.

The movie doesn't really handle it's plot resolutions well though...but in the fun 60's way! Both times that Eagle and Vicki make up, it's really quickly-handled, but what's the biggest thing is the end, where everyone's problems conclude in a happy ending, with a beach twist! (the dance, not a movie twist). Even if this was a problem though (it isn't) it could easily be forgiven because this was made in the 60's after all...

So in conclusion, 1) Wild Guitar is a very entertaining musical (sort-of) and I definitely recommend it, and 2) every movie should end with a twist on the beach! Yeaaahh!...
Posted by Chris Hewson at 10:27 AM