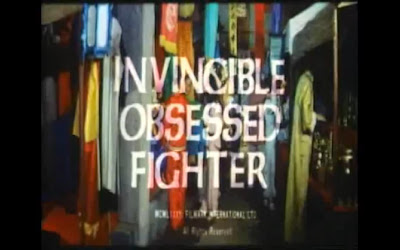 Invincible Obsessed Fighter is a Filmark film, but not a cut'n'paste one, whch is surprising. I guess they must make normal films every once in a while.

The movie opens immediately with two courier-guys getting chased by a guy with a terrible hairdo (a buzzcut and two chest level ear hairs), until they reach their boss. The hairdo guy accuses the boss of working for 'General Cheng'. A fight breaks out and the boss dispatches Hairdo with help from a door. Haircut reports to his boss about his failure. The scene abruptly cuts to two guys-one of whom's dubbed voice sounds like Elvis!-talking about General Cheng, and gold, and stuff. 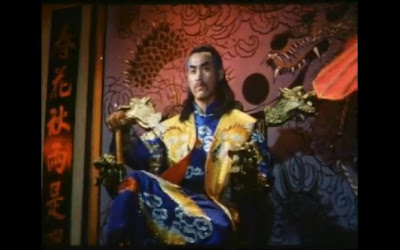 Next, some guy (who'd dubbed with a very unintimidating voice) breaks into the base of Hairdo's boss. Hairdo's boss hires the guy to kill Fat Ho, General Cheng's 'right hand man'. Some Guy locates kills Ho via a clothesline, and the body is found by Ho's son (Elton Chong). The movie then cuts to a thief, who goes to a chicken coop to steal some chickens. When the coop's owner confronts him, the scene suddenly cuts away, and the thief is in a forest (ah, the old 'escape your antagonist by skipping the film reel' trick!). The thief encounters a couple of brutal thieves hassling two guys for toll, and he dispatches them-chopstick style! 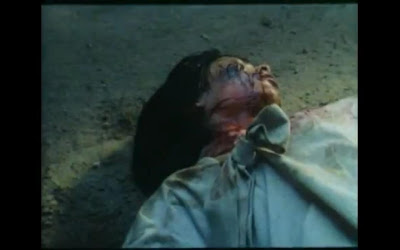 The thief asks the hasslees for directions to Dragon Town, and comes across Ho's son, training. The thief, a fortune teller, tries to do business at a local market, and gets into a fight with a guy over a permit. Thief comes acoss a crosseyed guy with a hilarious dub voice (a husky southern accent) who's lost heaps of money, and Thief agrees to help him. Thief goes to a rigged gambling game, run by a Snake Plissken lookalike. After winning all the gamblers money, he has the swindler follow him. Eyepatch loses track of Thief and tries to force Elton Chong to give him directions to Thief. Elton kickboxes them all down and walks off. 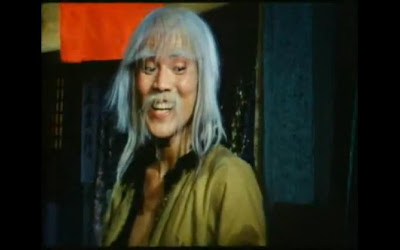 So, twenty-five minutes into the film and it's not clear what the film's even about, or who the main character is! The market is breached by Some Guy, who tells everyone to leave, saying that the market is under Hairdo's boss' control now. Elton fights them off, then the movie abruptly cuts to a guy eating maggots out of a bowl for some reason. Meanwhile, Elton is chatting up a lady, Lily, (hey, the movie actually names somebody!) until she's kidnapped by Some Guy's men. Elton chases after and dispatches them. 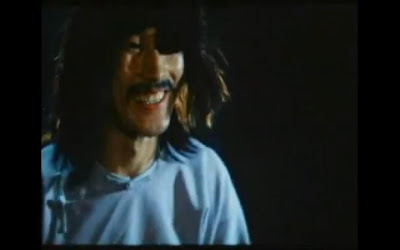 Elton is approached by the maggot-eater who was watching his fight earlier. He asks Elton where he learnt Eight Chopper Fist from, and when Elton doesn't answer, they get in a fight...which has cat meows scored over it for some reason.A few weird scenes follow. There's a strange drag scene, followed by a battle with the living dead after Maggot-guy raises them up raises the dead (this is the second Elton Chong film that I've seen that involved zombies!)... 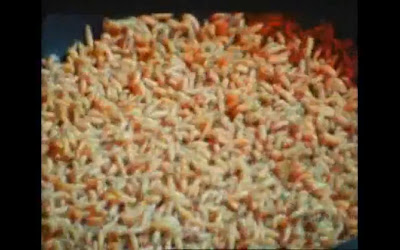 Invincible Obsessed Fighter isn't a good movie at all. It's definitely entertaining, but it has huge problems. For one, the movie never names its characters! The Invincible Super Guy at least named most of its characters eventually, but the only characters whose names were ever said were Lily and Fat Ho (it took me halfway into the movie before I noticed that!-there's an unintentionally hilarious line late in the movie-"I wonder where he knows that Fat Ho from?"!). The film is also terrible with its characters, period! The movie trudges along for over ten minutes, then the Thief dude becomes our main character for a long while, then he walks off and is never seen again! And Elton Chong's character barely appears until a third of the way through the movie! 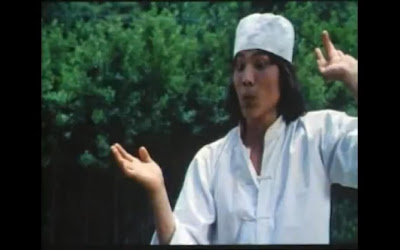 The movie also has a super abrupt ending-and not in the fun Godfrey Ho way! The film at least has fun goofy dubbing and hilarious wireworks though. Another plus about the film is that Elton Chong's character already knows great kung fu-he doesn't need a mentor to train him for over half the movie. That was a nice change from a load of other movies like this that I've seen. 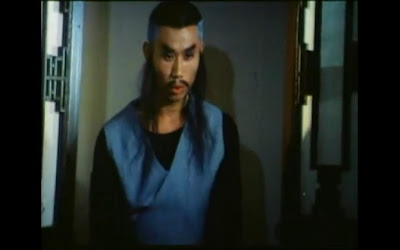 And no, there's no trace in this movie of a fighter who is either invincible or obsessed...
Posted by Chris Hewson at 8:27 AM