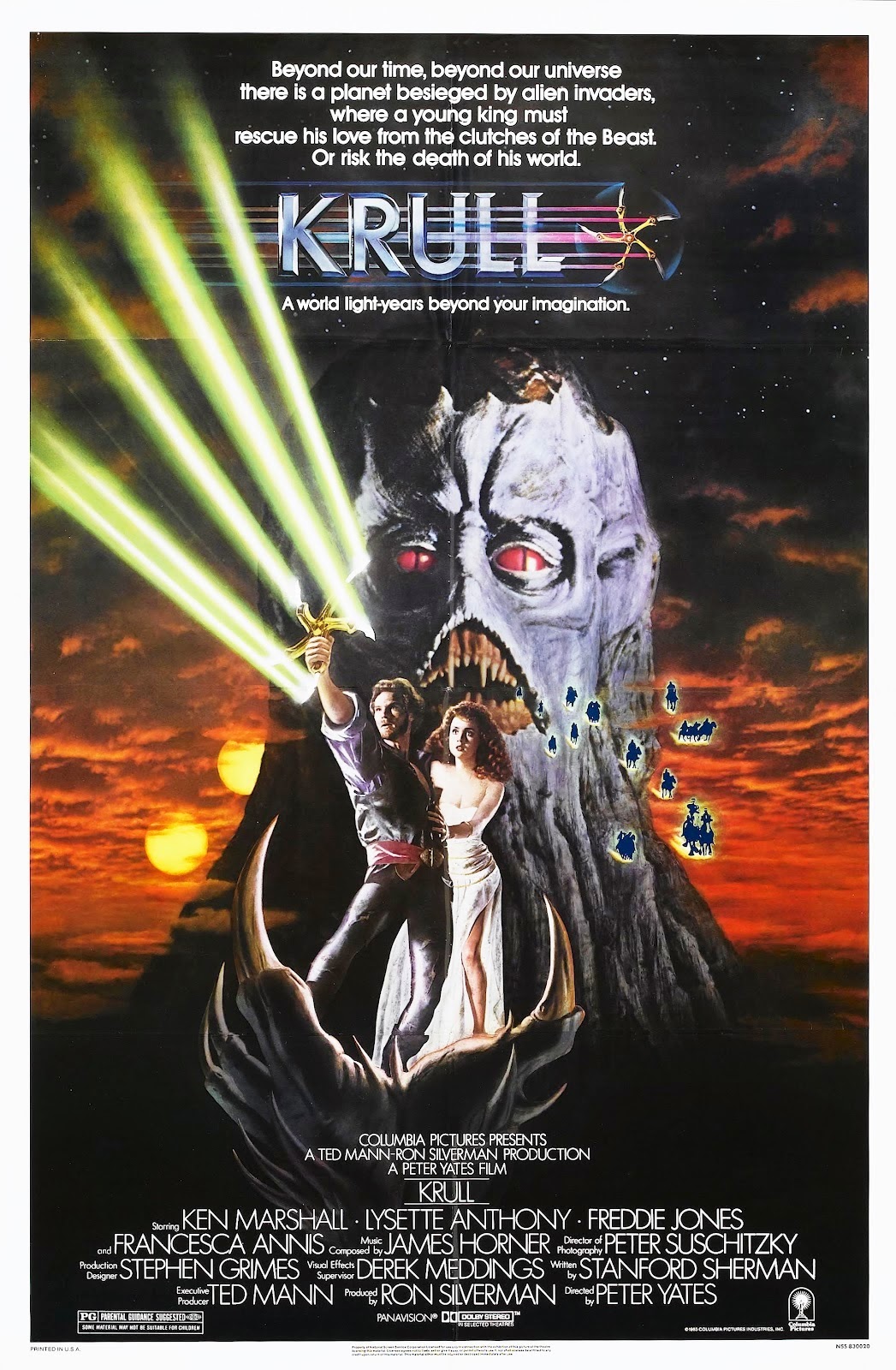 I've been working extra busy over the past two weeks, as not only do I have to watch and write reviews for thirteen films for May Monster Madness on the 31st, but doing so would go over my 200 review point, so I've spent the last several days watching numerous movies, so I could get from 185 to 200 before the 31st of May...Aaand it turned out I could've just left things alone, because 184 plus 13 is NOT over 200! God, I'm an idiot!...But to be fair, at that point, MMM was about 18-19 days away, and that long without a review wouldn't be something I'd want to do, so I guess I would've been caught in this time trap anyway.

So, I wanted my 200th review be for something special, and for it be be its own post, not a random B-movie sandwiched in-between six by six reviews on both sides. And the movie I've picked for the 200th is not Hard Rock Zombies as was originally intended, but 1983 British fantasy film Krull!...

The magical world of Krull has been invaded by an evil alien army know as The Slayers, and Prince Colwyn (Ken Marshall) and Princess Lyssa (Lysette Anthony) the children of two feuding royal families want to get married, so their kingdoms can unite against the shared threat. Things go badly, however, when the Slayers attack Colwyn's family castle, killing everyone save for Colwyn himself (who's merely wounded), and Lyssa, who they kidnap. The next day, Colwyn wakes up to find himself being tended to by Ynyr, the old one (Freddie Jones) a wise hermit from the mountains, who has come own to teach Colwyn of the Glaive-A Powerful weapon capable of destroying The Slayers and their leader The Beast. Colwyn retrieves the Glaive, amasses a team out of bandits, and heads for the Slayers lair-the Black Fortess-to stop their evil once and for all and to rescue his lost love... 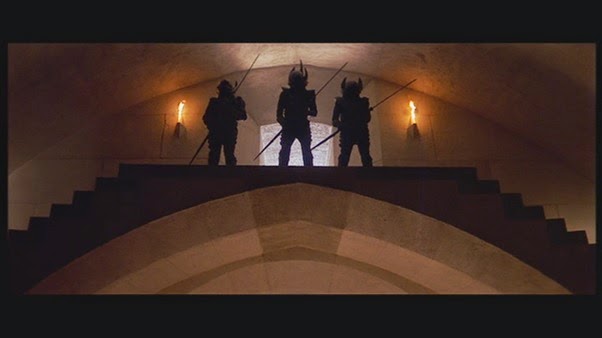 First and foremost, the score to Krull is one of the best in film history! It's sweeping, epic, and orchestral, and truly makes an already great film and makes it amazing! Seeing these vistas and hearing that music is one reason why Krull is one of my favourite movies, and my all-time favourite fantasy. Yes, even over the Deathstalker series! And obviously over the Lord of the Rings films-9 hours is a bit too epic for my tastes!

And while the huge score is a big part of Krull, it never does all the talking like Basil Poledouris' in Conan the Barbarian. That movie's basically a damn opera with a few bits of dialogue here and there. Not that I dislike Conan's score at all-It's great. But there's too much of it, and too little plot. 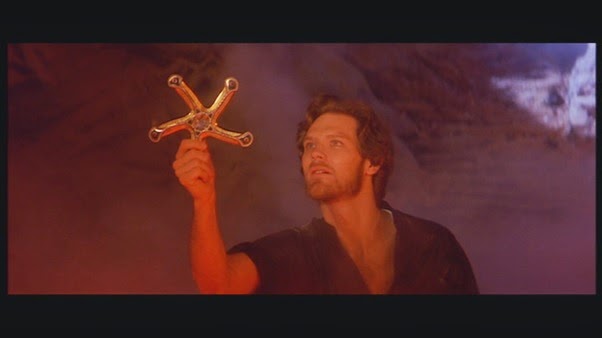 There are so many movies out there that make you disgusted that they cost hundreds of millions of dollars to make, as the budget in no way comes across on the screen, but with Krull on the other hand, you can see the work done on the film. The sets are extravagant, and a feast for the eyes, while the creature effects are elaborate and interesting. The only bad effect is the pretty obvious green-screen during the Fire-Mare sequence. But the Fire Mares themselves are realised pretty awesomely!

The plot is actually pretty simple, but still thoroughly entertaining, and very well-written. There are numerous great scenes, such as the "Love is fleeting, Power is eternal" part, and the Widow of the Web section.

The protagonists are entertaining for sure. With his American accent not nearly standing out as much as you'd think in a purely British film, Ken Marshall is a very good lead, whereas Freddie Jones is great as mentor Ynyr, and David Battley is good as the likeable and surprisingly not annoying comic relief Ergo the Magnificent. His friendship with Rell the cyclops (played well by Bernard Bresslaw) isn't given a whole lot of screentime, but in many ways, that is rather the point-"We had no time.". And for Rell himself, his arc is very good. All cyclops' know the time of their death, and trying to prevent it will cause them great pain-How this is realised is the epitome of great storytelling! 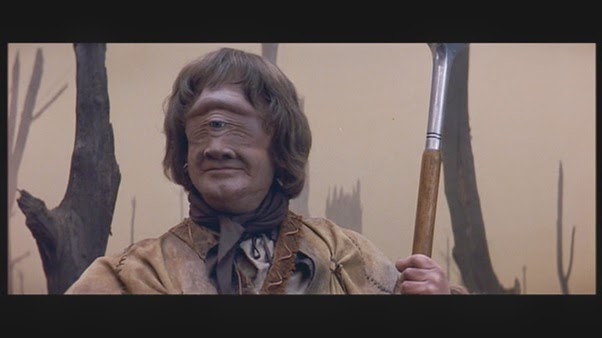 The most-welcome pre-famous Liam Neeson and Robbie Coltrane get a pretty decent amount of time here as minor main characters, with Coltrane getting more screentime here than he does in Goldeneye (that being Goldeneye's biggest sin!), which is a great sign. Lysette Anthony is wasted here, as her voice is overdubbed, because the producers felt an American lead would sell more seats than a British one. Damn racists! And poor Lysette Anthony! She doesn't really get much to do in the film other than be a damsel, and interact with The Beast.

The Slayers are pretty memorable villains. I say 'pretty', because there's not really anything to them, which is both good and bad. One one hand, not knowing anything about them adds an air of mystery to them, and makes them intriguing. But on the other hand, we know nothing about them, so why the hell should we give a crap? 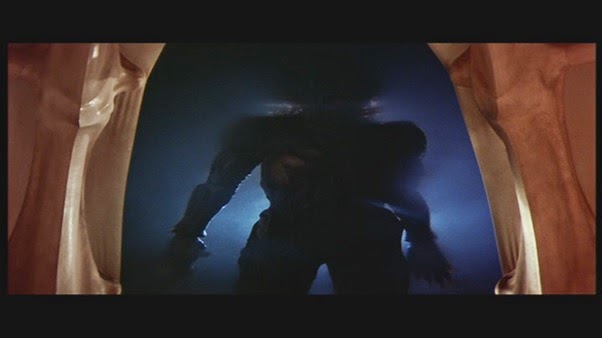 And there's The Beast, the lead villain and head of all the Slayers. Unfortunately, while he's very imposing, and the actor turns in a great performance, he's slightly underused, and aside from fighting Colwyn at the end, he does very little aside from taunt Lyssa. He does make the most of his scenes though, thankfully.

The Glaive is a pretty cool iconic weapon, even if use in real life would slice your hand open when you try and catch it. Some people dislike the movie's use of the Glaive, as it's only used in the climax, and 'does nothing'. True, it doesn't kill The Beast, but it does hurt him badly. The Glaive is also used against regular slayers in the Black Fortress to cool effect. Some don't care though, as they feel the Glaive should have been used all throughout the movie. I feel the opposite-Having Colwyn use the Glaive to easily solve every problem the group comes across would feel cheap and unsuspenseful. And such regular use of the Glaive would remove any mystique it has. 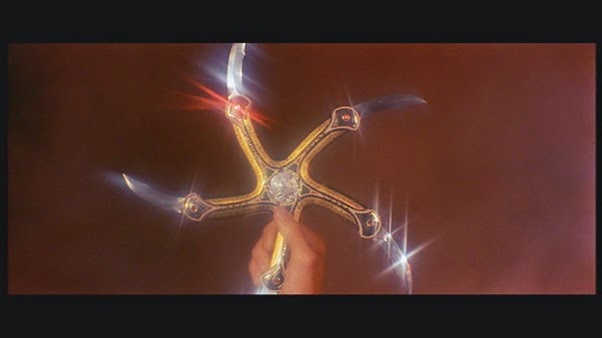 The way Colwyn gets the Glaive is pretty anticlimactic. He climbs up a mountain, goes up a steep incline where a few boulders come down, then he goes into the cave containing the weapon. That's it! And the Glaive rests in a pool of lava, which Colwyn just digs his arm straight into to get the weapon! That's a pretty ballsy assumption that he could do that without turning into a red mush!

Speaking of  the Fire Mares come pretty out of nowhere. 'Oh no, the Black Fortress is 1000 leagues away!' 'All hope is not lost, as the Fire Mares can travel that fast!'. I wish they would have established or name-dropped them at an earlier point in the movie. 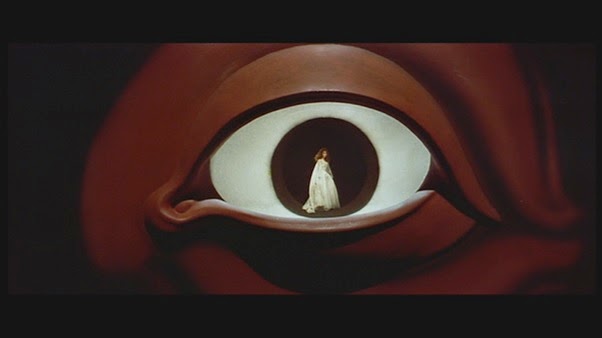 The other issue with the film is the death toll. EVERYONE dies in this movie, save for a select few! It borders on ridiculous! "Hide your grief, boy", Ynyr says to Colwyn after the castle massacre, and apparently Colwyn takes that to heart, as he's nothing but smiles for the rest of the movie!

And funnily enough, despite the massive death toll, and a neck impalement more brutal than the one in Barbarian Queen, Krull is rated G!

I also have a couple of problems with the finale in the Black Fortress. For one, we barely see much of what Ergo and the boy Titch do when stuck on their own, which is a shame, and the way a character dies in a spike-trap room is pretty stupid (they were pointlessly trying to grab something, Plus, they don't move at all when the spikes are coming for them, despite having ample time to escape) 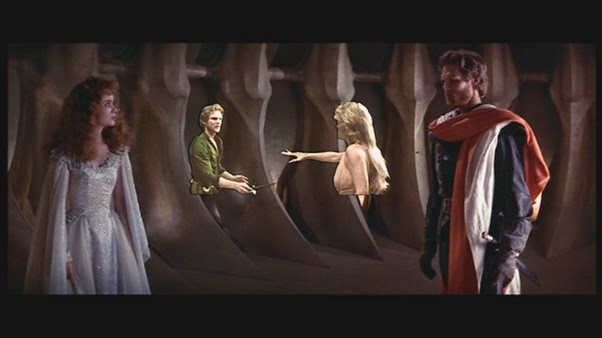 And that's it. I have no more issues with this film. Krull is a perfect example of fantasy cinema, and I implore all fans of the genre to watch it! There's a void in your heart until you do!...
Posted by Chris Hewson at 9:46 AM