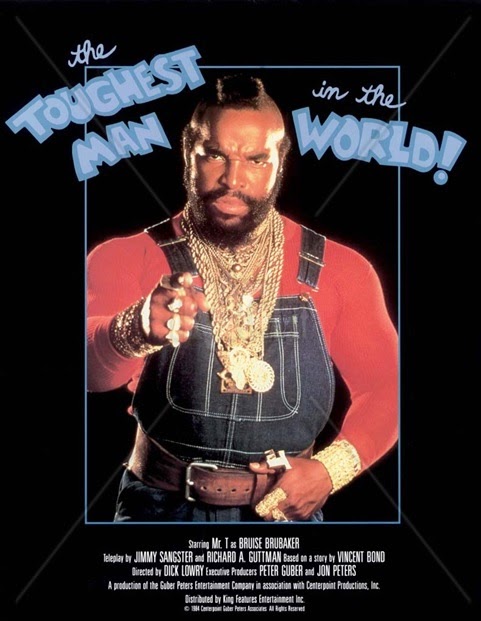 C'mon, suckahs, watch this movie or you'll have Mr. T to fear! Don't be a fool!

If you're anything like me, then you like Mr. T. And if you're into as obscure movies as I am, you might have heard of a little film called The Toughest Man in the World!

One day a few weeks ago, I was in nearby town Northam, at a Boulevard (that's Mall to you Americanski's), and there was a guy selling heaps of DVD's. I went looking, found a couple'a films, then came across The Toughest Man in the World. At first I though it was a documentary (the plot has real elements from Mr. T's life), but I quickly realized it was an actual (TV) movie, and my first thought was "I've seen the Treat Your Mother Right music video. Why haven't I heard of this movie before?!"...and my next thought was "Holy shitballs, is that a five disc, four movie Ingmar Bergman DVD box-set for only $15 bucks?!". Yep, I had a good day that day. 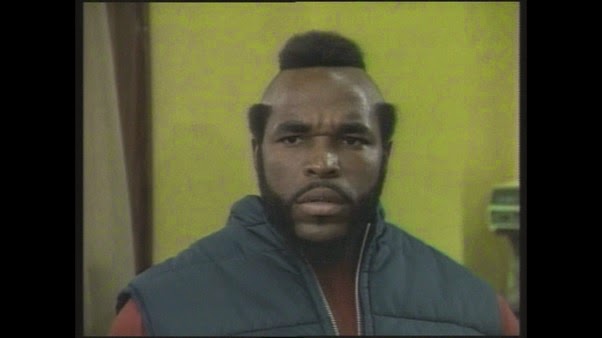 Bruise Brubaker (Mr. T) is the head of a children's after-school centre. Unfortunately, due to annoying bureaucracy, and a lack of funds, the centre will be forced to shut down. Luckily Billy, a new addition to the centre, has an idea-Enter Bruise in the Toughest Man in the World contest. With a prize of $100,000 dollars, Bruise starts training, so he can become more than just the toughest man people know!...

This movie is one of those ones that feel longer than they are. Like Tintin and the Blue Oranges, for example. That's a pretty 'meh' movie, but when I thought I was 45 minutes in, but really only twenty, I went crazy! I think my head exploded! So naturally, while the film wasn't terrible, I refused to continue through the rest. I have the opposite reaction to Toughest Man in the World. In this case, I liked the movie so much that I'm glad it felt long! 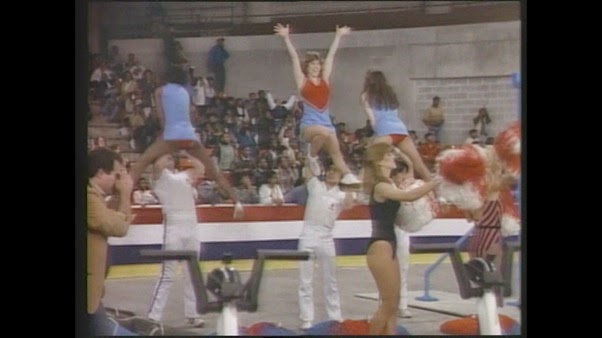 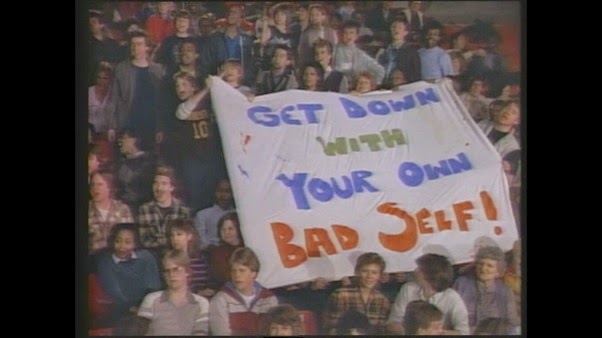 The plot here is pretty generic, but the acting is what sells it. Mr. T is an entertaining lead, and the rest of the acting is decent. The writing is good, and I especially liked any scenes with Bruise and school principal Esther.

The characters are pretty likeable. Mr. T is Mr. T, which definitively answers whatever questions you might have. Peggy Pope is good as the principal and later romantic lead. The staff of the nightclub are pretty entertaining, and in the case of the dancers, pretty. As for Billy, the bad-boy of the film, who you just know is gonna be reformed by the film's end, he's surprisingly likeable!...Until the forty minute mark though, when he does a certain something to a certain important photo. He's quickly eases into Bruise's world, and there are certain characteristics about him that I liked, even if I did want to hurl him off a rooftop at the forty minute mark (I REALLY hope it was only a copy, not Bruise's orginal!). And by the way, at the start of the movie, when Bruise first meets Billy, he confiscates the little shit's knife, as he's stealing an old man's boombox, and offers to give it back if Billy comes to the centre. It was about then I thought that at the end, Bruise would offer Billy his knife back, but he'd go "Nah, I don't need it anymore.". Was I right on the money or what! Like I said, generic. 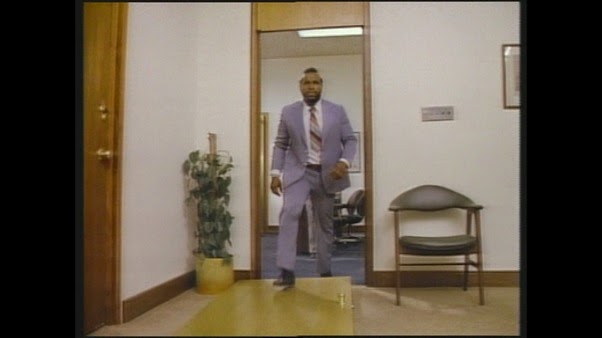 The film does have its goofy aspects, like when Mr. T gets hit with a chair, which breaks it, while he doesn't even flinch, or the scene with the door in the mayor's office, or the whole finale. And of course, there's how he wins the obstacle course race at the end. Uh, Bruise, I don't think that's a regulation move!...

The score is pretty great! It's muzak, make no mistake about that, and it screams the 80's, but it's still a fun score. The main theme is sung by Mr. T himself, and is pretty neat.

I really only have one complaint with this movie-Its ending is really abrupt. I wish the movie was a few minutes longer, so it could have resolved itself a bit better than an abrupt TV ending. And the title card for the movie looks really cheap and chintzy. 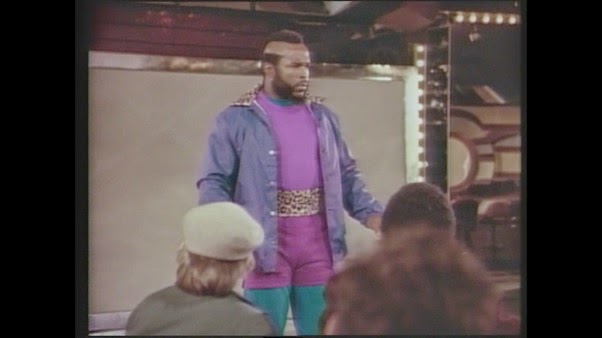 The Toughest Man in the World is definitely a decent watch, and I recommend it. It's harmless fun, and plenty enjoyable!
Posted by Chris Hewson at 9:27 AM