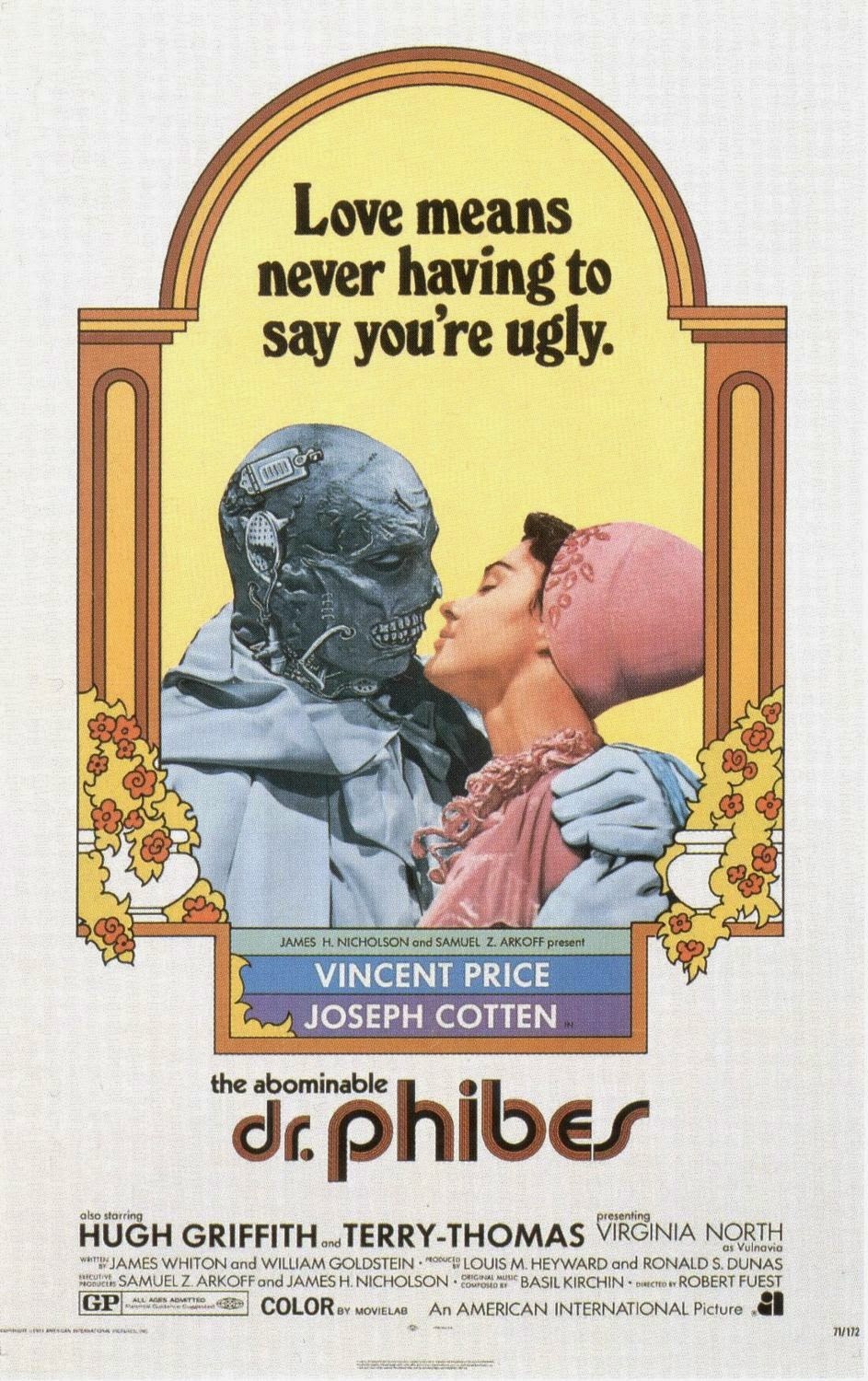 Vincent Price was truly one of the titans of horror! The man was a machine, appearing in countless horror films over the decades, always giving memorable performances, usually with his devilish Price charm! Some people hate the fact that he 'could have had a serious career if he kept acting in films like Otto Preminger's Laura', and to those people I say phooey! Horror is a serious genre, and anyone who says otherwise is a snob! There's not a lot of room for leeway in that opinion, because I am rarely kind to bigots!

One of Price's most famous films is also lauded as one of the best horror films ever made-The Abominable Dr. Phibes!... 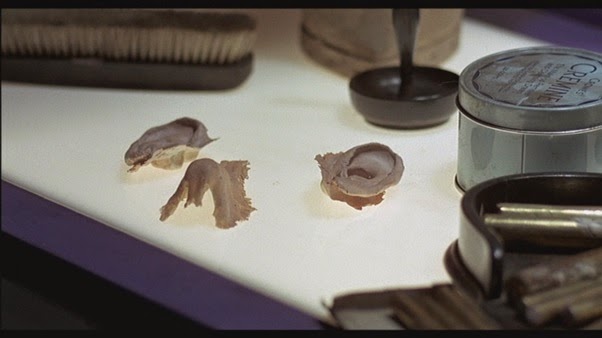 In 1920's England, Detective Inspector Trout is investigating a series of bizarre murders, which he eventually links together. He realizes that all the victims were in the medical profession, and all involved in the unsuccessful surgery of a woman named Virginia Phibes. Her husband, famous composer Anton Phibes, was distraught, and as he raced to be with his wife, he was involved in a deadly collision that supposedly saw him killed. However, he survived, and for years, he has been planning his revenge against the people he felt killed Virginia.

As Trout and the police search for Phibes, more and more of the ill-fated medical team are horrifically murdered, all in ways pertaining to the ten plagues of Egypt, and Phibes is saving who he sees as the guiltiest party for last... 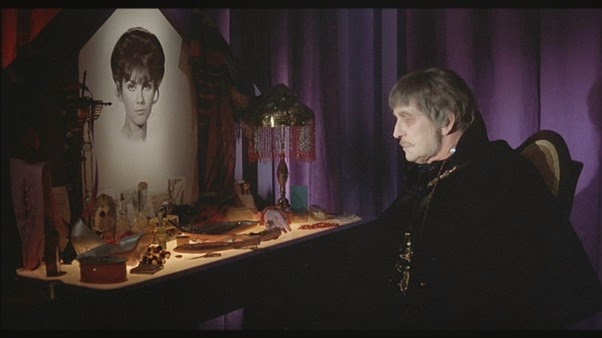 The Abominable Dr. Phibes is a morbid movie, with a host of elaborate and violent death scenes that each stand out. I won't dare spoil a single one! This is also a wickedly funny film, with quite a few darkly humorous moments that'll really make you chuckle. Especially great is that it has humorous cops who aren't bumbling!...Well, not 'falling off of a chicken wagon in Last House on the Left' bumbling, anyway.

The writing here is very good, especially when it comes to Dr. Phibes monologues! The man was a perfect actor!

Dr Phibes has a very art-deco look to it, which definitely excels the movie's visuals, and fits with the tone. The set design looks lovely and well-crafted, and and the same can be said for Phibes' assistant Vulnavia's multiple outfits. The lady has one hell of a fashion sense! 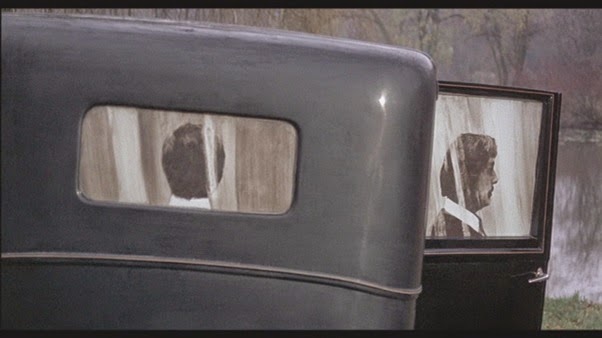 The direction here by Robert Fuest is great! There are numerous scenes that are so well-filmed, most notably the dance sequences, and the elevator scene in the hospital.

Vincent Price's performance as Dr. Phibes is fantastic, and very intriguing! He has very little regular dialogue in the film, yet the dialogue he has, as well as his mysterious visage, and macabre motive and handling, makes him an extremely interesting villain!...Or protagonist, if you believe the end credits...And I do!... 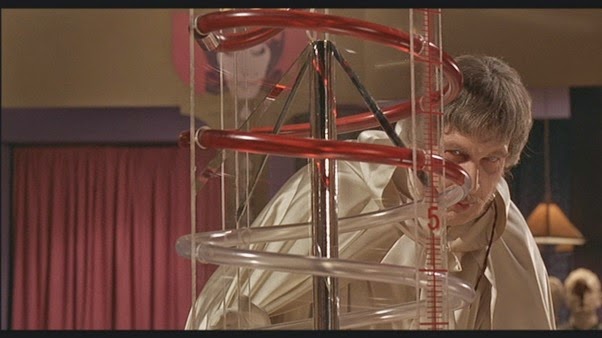 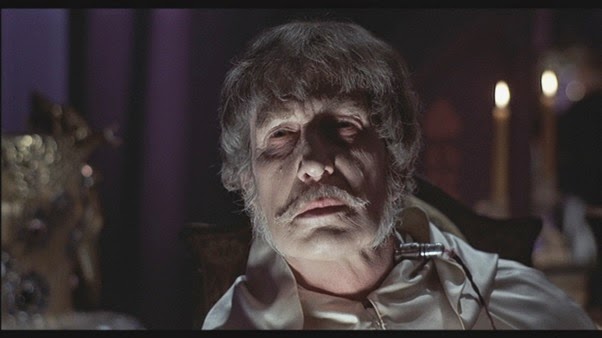 The rest of the acting is decent. Nothing bad or mediocre, and all entertaining. The most best actor here who's not named Vincent is Virginia North, who, despite not saying a word, maintains a strong presence, and you really wonder what her character's backstory is. Many theorize about who, or what, she is, and it's all interesting stuff! 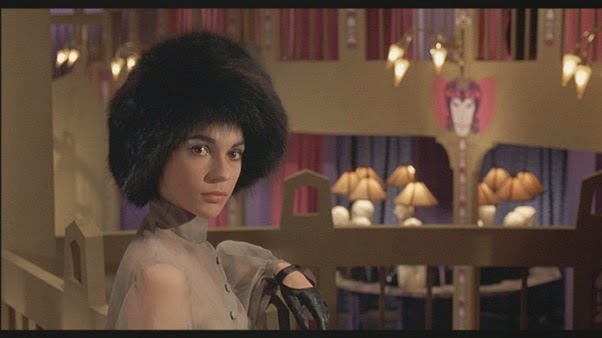 The effects in Dr. Phibes are, for the most part, very good!...However, the string on that bat at the start of the movie is so obvious! And the blood in a bunch of jars in one scene looks like sugar water!

And finally, onto the soundtrack. The score to this movie is beautifully composed, from the organ melodies, to the dance scenes with Phibes and Vulnavia, and the jazzy rendition of 'a certain song' that perfectly closes the movie.

Along with the stringed bat, I only have two other problems with The Abominable Dr. Phibes. 1, He's not a doctor. 2, I don't really like what happens to Vulnavia at the end. 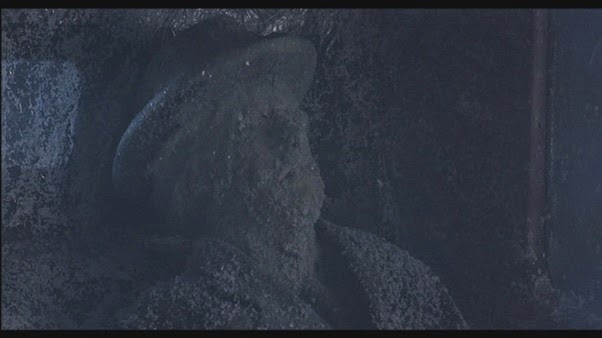 The Abominable Dr. Phibes really is one of the best horror films ever made! It's creepy, ooky, funny, Sadean with its death scenes, and featuring one of the best performances from the late great Vincent Price! I highly recommend this movie! Your horror collection isn't complete without it!...
Posted by Chris Hewson at 8:50 AM