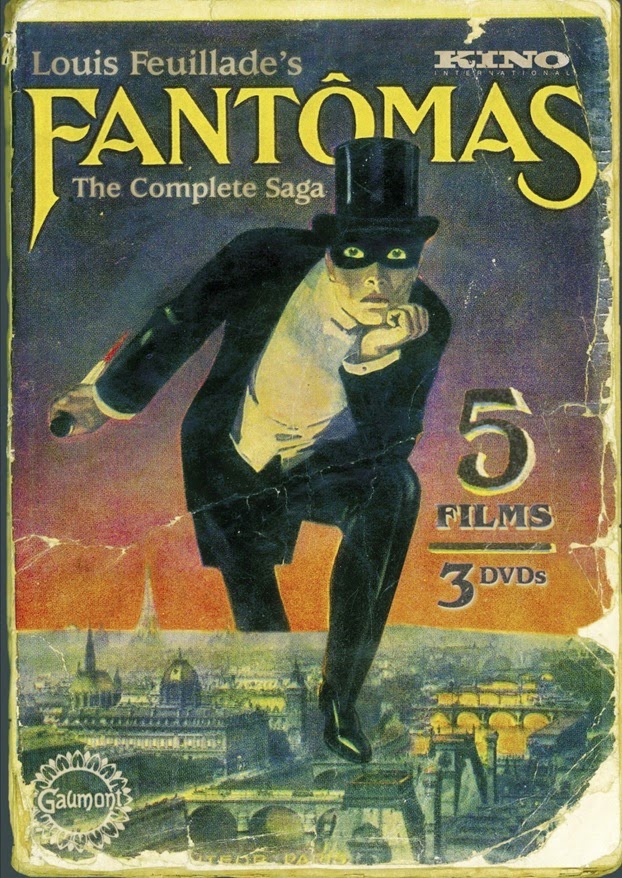 In turn-of-the-century France, writers Marcel Allain  and Pierre Souvestre co-wrote the Fantomas book series. It was about the titular criminal mastermind, a sociopathic borderline-anarchist who took pleasure from committing a whole variety of crimes, whether it be robbing banks, murdering people, engineering train wrecks, skinning people's hands to use as gloves, etc. Opposing him is the upright Inspector Juve, and his journalist confidant Jerome Fandor...

An adaptation of the first book in the series, Fantomas is technically a serial. That is to say, it's made up of five 'episodes', but they're moreso separate stories that tie in as a whole, rather than being just one five-part story. These movies range from 50 to 90 minutes, and are mostly a total bore! 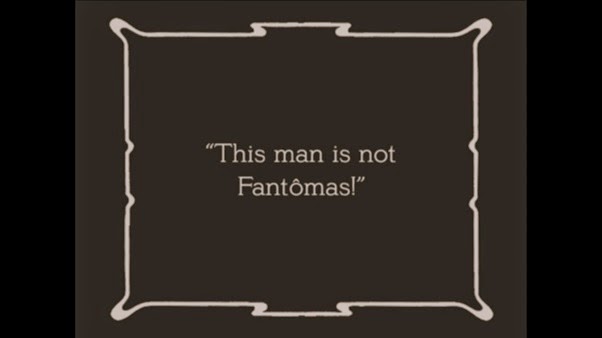 The first two 'episodes' of Fantomas are great fun! They're not especially good stories, as they're really only segments of a bigger narrative, but for what they are, they're certainly watchable, especially Juve vs. Fantomas, which is full of fun action!

And now we get into the bad-The next three episodes! They suck! A lot! They're interminably boring, and have idiotic writing, full of plot holes.

The Murderous Corpse is extremely padded, and it bored me to tears, especially thanks to its longer running time at 90 minutes, rather than 50 or 60! It's also stupidly written in places too. Throughout nearly the whole episode, we're led to believe that Juve is dead, but it's obvious that he's the new henchmen in Fantomas' gang, in disguise. This is also dumb, as in the time he was a part of said gang, many people die horribly! 'Great' work you're doing Juve!

The story has an incredibly abrupt ending! Especially infuriating is that due to this, the nicely ghoulish reveal is very rushed. 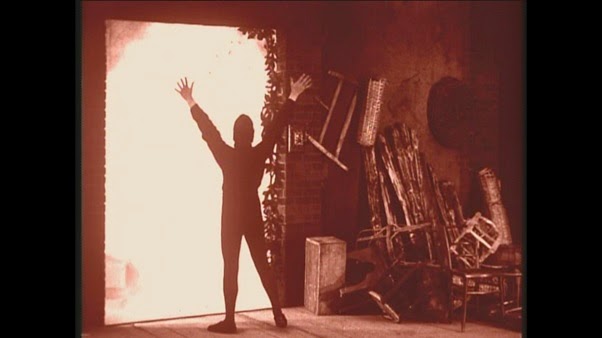 In The False Magistrate, Fantomas in in a Belgian prison, and is therefore not being extradited to France for execution. The Belgians are simply content with letting him rot in prison, but Juve is sure that he'll find a way to escape, so he decides to speed up the process and get Fantomas back to France for recapturing by breaking him free! Nevermind how stupid it is that Juve does this despite it being a huge crime. Nevermind that he fails completely and utterly. Nevermind that for some baffling reason, the Belgian prison staff never notice that Fantomas is now an overweight man with a beard. What's really an insane problem is that Fantomas kills at least three people after being set free by Juve, so our hero is directly responsible for multiple murders! What's worse is that after a while, the Belgians agree to extradite Fantomas (really Juve in his place) after a short while, making this plan even more pointless! All this story accomplishes is pushing Juve out of the story again, and making him come across as a goddamn idiot! 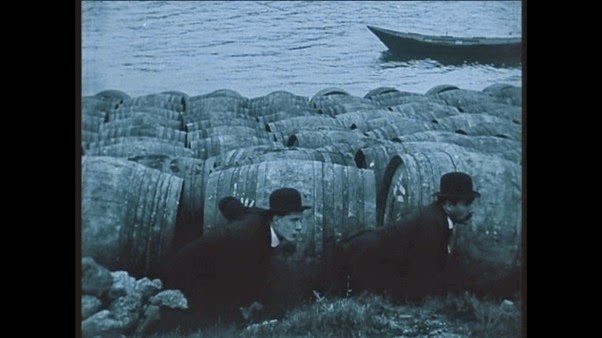 The ending to this series is frustrating, as Fantomas escapes justice again! NO! Him escaping the law means the story isn't over, and I want the fucking story to be resolved at least temporarily permanently, because I wasted five-and-a-half hours of my life on this series, and I don't want it to go right back to square friggin' one!!

Even worse is that, while the first four parts of Fantomas are complete, a few minutes of the fifth part has been lost, so the ending with Fantomas' final escape? It's offscreen!

Overall, this series is too empty for me. There's not enough plot, crimes, intrigue, or anything of the sort. And the constant absence of main characters for long stretches of time, whether it be Juve, Fandor, or Fantomas himself, is just plain annoying! 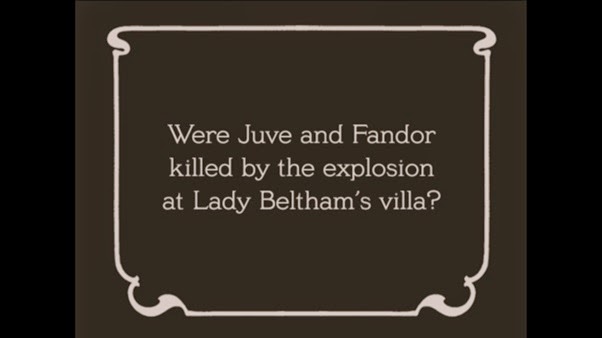 The acting here is ok, I guess. Rene Navarre looks nifty and shiftily evil as Fantomas, but as the series gets progressively worse, you're likely to care less and less about him. He's also not a very good master of disguise, as he always looks the same, more or less! He'-and by 'He' I really mean the screenwriter-also can't think of convincing American names for crap! Tom Bob?! Really?!

One neat aspect regarding the disguises of this series are the vignettes at the start of each movie, which show a progression of the disguises Fantomas will use in the story. There's also a moment where, in a film made in 1913-4, Fantomas breaks the fourth wall! Deliberately and intentionally! Granted, this is deep into the series, so it's likely this factoid will only amuse you if you're reading about it, rather than actually watching the series. 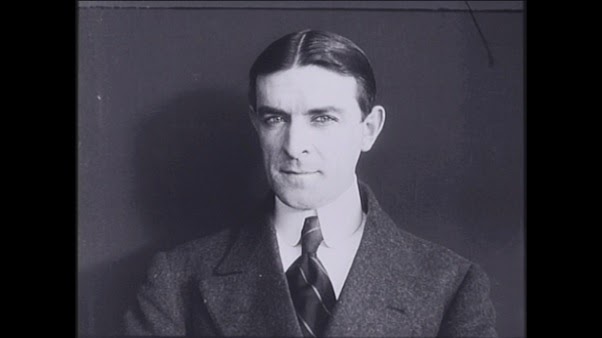 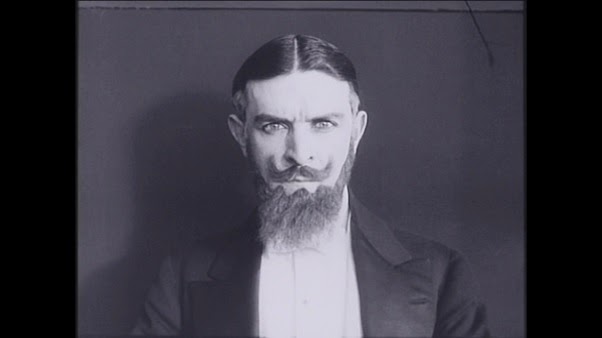 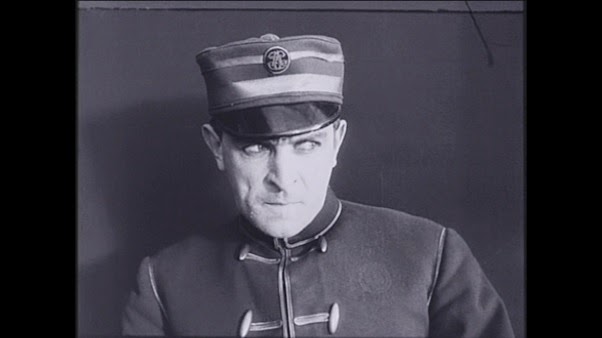 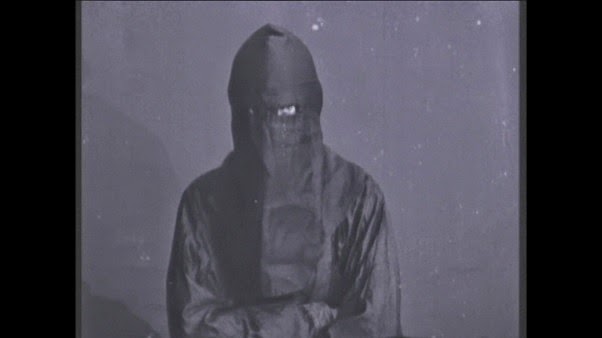 The locales of the movie are decent, but certain touches, such as a constantly re-used prison set, lessen the enjoyment.

Fantomas has a great score that not only sounds lovely (suitably ooky in some places, while bombastic in others) but is utilized very well! Unfortunately, as the series goes on, the score is re-used more and more, and over crap scenes, so you'll likely grow cold to it.

I've mentioned a few times how much tinting in silent films annoys me, but in Fantomas, it's done really well! Rather than acting as random colour changes, the tints kick in at relevant moments. For example, in a dark room, the tint is blue, and it switches to yellow when the light turns on! 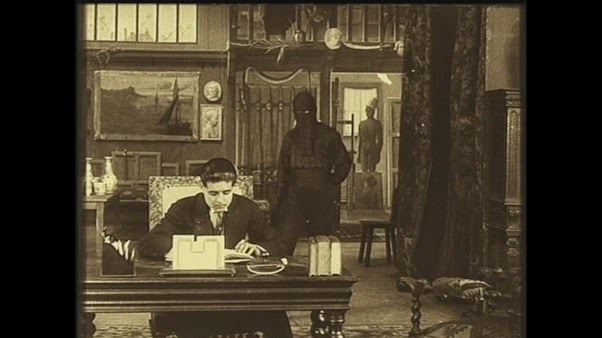 To finish, whether you're into crime flicks, foreign movies, or silent films, and are keen to give Fantomas a chance, I recommend you steer clear from it. Watch the first two episodes if you must, but its better to just ignore this series...
Posted by Chris Hewson at 5:34 PM