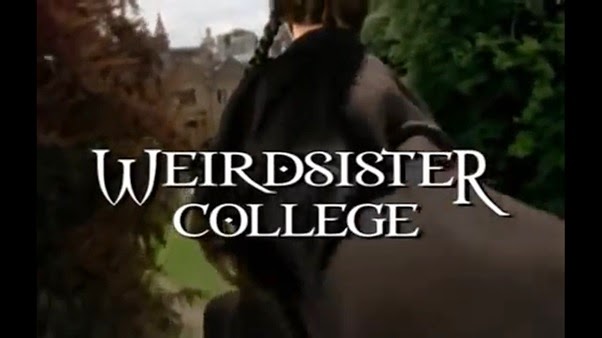 Once the makers of TV show The Worst Witch realized their actresses were visibly aging, they decided to change things up a bit. Rather than a Series 4 of Worst Witch, we instead got a sequel, Weirdsister College...

Young witch Mildred Hubble has finished school and is due for Weirdsister College. While she makes good friends, the school is tough, and wears down on Millie, especially with the duplicitous and conniving student Nick Hobbs, a power hungry wizard. Still, she strives forward and overcomes any problems that come by her way, although she'll need all the help she can get when Nick Hobbs enacts his masterplan and 'resurrects' an immortal wizard of great power and great darkness... 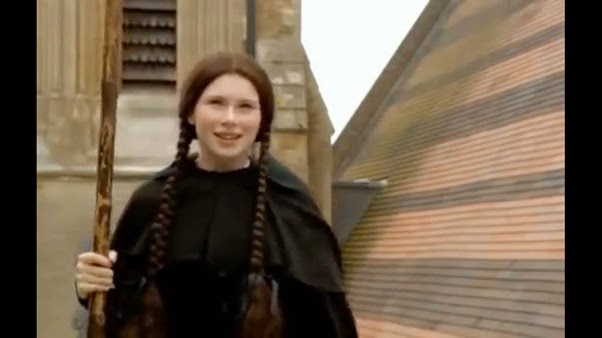 Weirdsister College is a great continuation to The Worst Witch! Rather than just being either a carbon copy, or rehashing the same stories, not only is it suitably different, but the tone and atmosphere really come together, and in the end, this feels like a true extension and evolution to The Worst Witch.

This is more adult than The Worst Witch, but never darker, for the most part. But then there's the final two episodes, which make up the finale. The story is borderline a supernatural horror! It makes for a great finale, with a legitimate threat, and intriguing magical ideas and goings-on's!...Unfortunately the ending is really abrupt, and Millie didn't really contribute anything. The End. No more episodes after that! Weirdsister College unfortunately ends on rather a sour note. 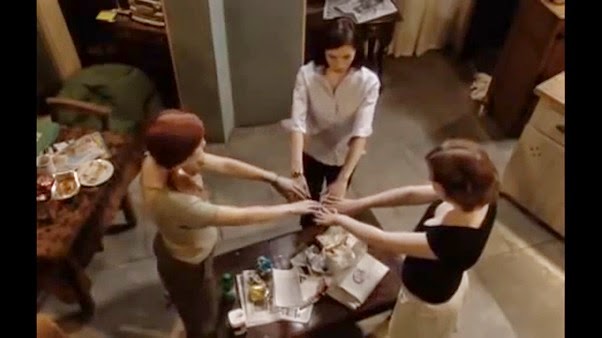 The thirteen episodes of Weirdsister College are all very good! Well-written with fun adventures, neat climaxes, and more downbeat moments. My favourite episode is probably Good Friends. It has great themes of nostalgia and friendship, and is nicely melancholy, with a perfectly fitting score!

Mildred Hubble continues to be a great lead character. Her character has since evolved from being a clumsy young witch, and is more advanced in her magical skills.

Ethel Hallow is the only other returning character from The Worst Witch, as we have Felicity Jones (who played Ethel in WW Series 1) playing her rather than Katy Allen (Ethel from WW Series' 2 and 3). She too has evolved, and is one of this show's best main characters. As for her relationship with Mildred, the two are no longer mortal enemies, but they're certainly not good friends like Wikipedia would have you believe! 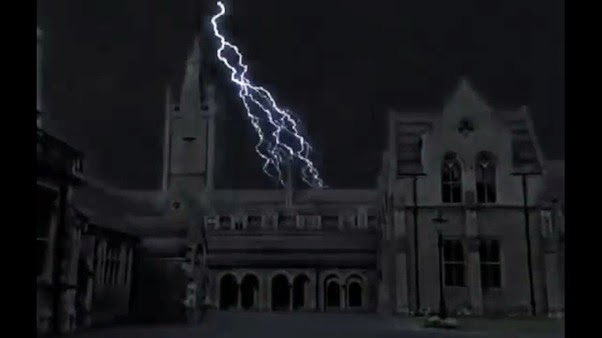 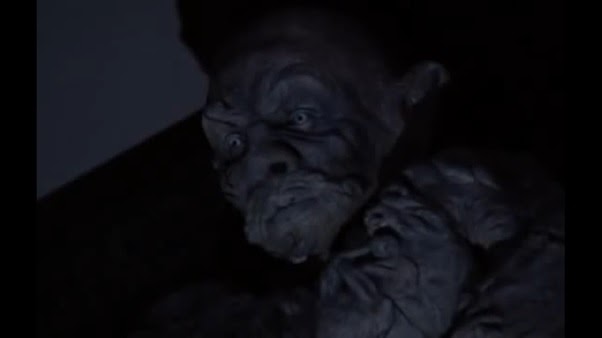 Cas Crowfeather is a decent supporting lead. She doesn't have a lot of personality, but she's likeable. The same goes for Azmat, Tim, and Millie's boyfriend Ben, while Jessica Fox is delightful as Worst Witch character Enid Nightshade in a one-off guest appearance.

Nick Hobbs is your typical brooding goth type, but thankfully he's meant to be an unlikeable dick, rather than a protagonist, which makes the character a lot more bearable. Especially amusing is his name! If you're familiar with British folklore or the occult, you should recognize it as a nickname for The Devil, which makes lines in the series like "Everywhere I go, I see Nick Hobbs", or "I don't remember making any deals with you, Hobbs" hilarious! Surprisingly enough, despite how unlikeable Hobbs is, the final episode does succesfully make him somewhat sympathetic! All in all, he's a nicely rounded 'antagonist'. 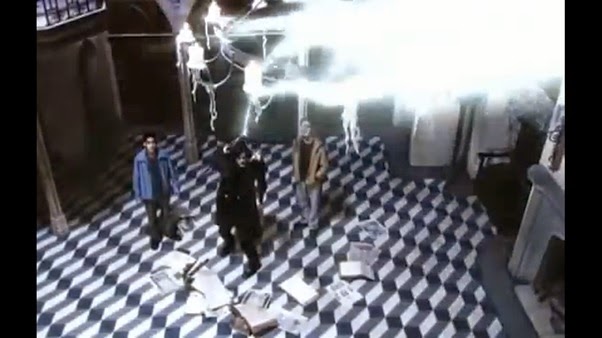 While the college principal Professor Thunderblast might have a similar character template as Worst Witch's Miss Cackle, she's definitely a different character, which is greatly appreciated. 'Beetle' Dewdrop is a delightfully mean character, and in a very different way from the likes of Miss Hardbroom. There isn't much to Jenny Wendell, but she's a likeable character nonetheless.

Professor Shakeshaft is merely ok in the majority of episodes, but in the final leg of the series, he really shines as his character is expanded upon! Professor Starfinder starts off as a likeable character, although with some negative qualities, and when he shows a nastier side in The Seventh Sense, it doesn't come out of left field, and makes sense, given his character.

Dierdre 'D' Swoop is a great addition to this series. She doesn't show up a whole lot, but when she does, she's usually in at least a semi-major role. Her personality is very distinct and entertaining! On that note, it must be really nifty for fans of The New Worst Witch to go back and watch all the prior shows and see what this character was up to before that series! It's a fantastic bit of continuity within the franchise! 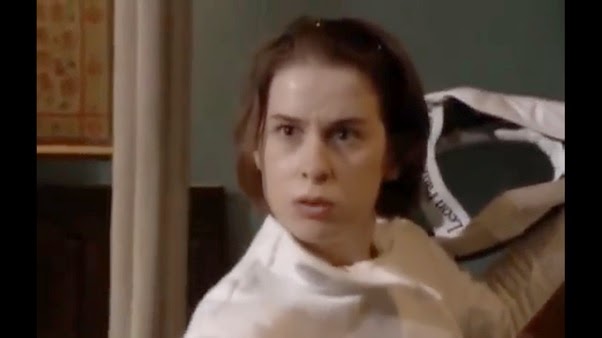 One episode has a painfully presented Australian character. Her accents sounds embarrassingly fake, which is a pretty impressive feat considering the actress is Australian! It's like the director told her her Australian accent wasn't quite Australian enough, and she needed to play it up, and she does so, to extremely detrimental effect! Still, she's not bad otherwise, despite the annoying overuse of Aussie 'slang', and the character is likeable. 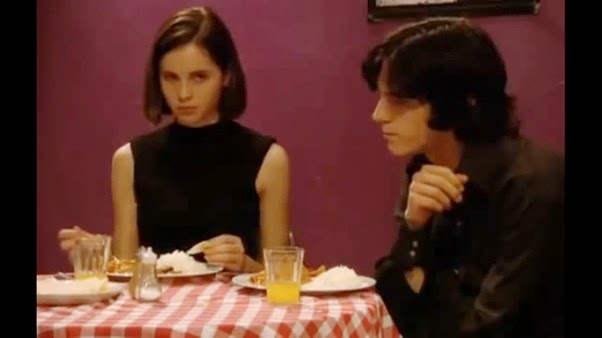 Onto some specific positive acting, Georgina Sherrington is fantastic, and can carry a show in her sleep! Felicity Jones is great at being icy and mean as Ethel, and it's like she never even left the role, while Stephanie Lane is very funny, and certainly a fine actress!

The music in Weirdsister College is very good! The main theme (and opening credits while we're at it) is great, and the various different arrangements it gets over the series equally so! As for the effects, they're quite good, and only subpar CGI in a couple of small circumstances.

Weirdsister College may as well have been cursed given its cancellation. It wasn't just one thing that caused it, but several. Worst of all was the death of lead supporting actress Charmian May in 2002, then there were the very high expenses of filming at Cambridge. And knowing fandom, I can't help but think there were a whole bunch of people still sore that this wasn't The Worst Witch. 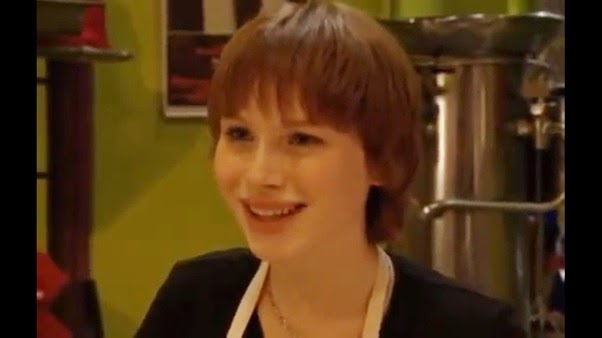 Weirdsister College is a great supernatural series, and I highly recommend it! Whether seen as a sequel to The Worst Witch, or on its own, this series certainly stands tall, even if it didn't last long...
Posted by Chris Hewson at 7:49 AM