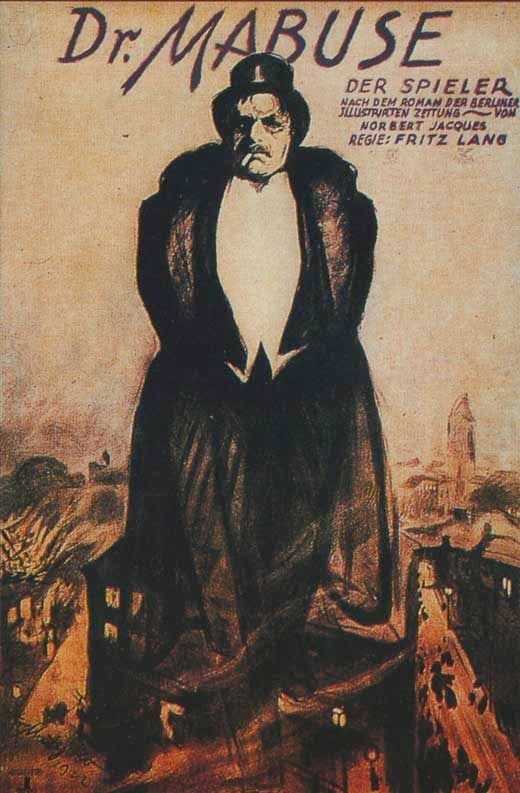 Fu Manchu is one of the most well-known villains in pulp fiction from the early 20th century, and he had simple bad guy motivations-Take over the world! OF COURSE!! However, two other villains of this time period were more complex-Fantomas, and Dr. Mabuse. Fantomas was a criminal who committed every kind of crime, for no reason other than he could, while Dr. Mabuse does that, but with a deeper philosophy. The guy is the kind of arch-criminal who just wants to see the world burn. Literally, he's the inspiration for The Joker in The Dark Knight! 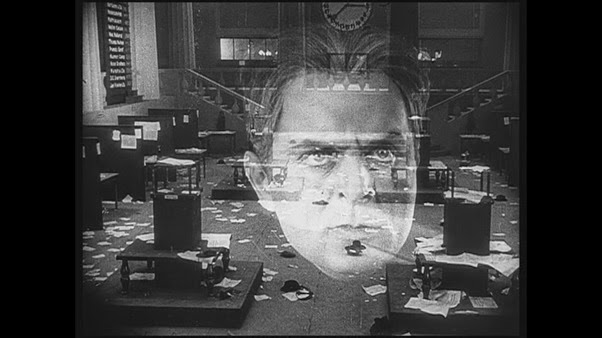 Fans of this series aren't exactly the luckiest bunch, as the much-loved Dr. Mabuse films are sporadic to say the least! The first entry, Dr. Mabuse: The Gambler came out in 1922, the first sequel came out in 1933, and the second sequel (The last directed by famous genre filmmaker Fritz Lang, and the last in the official trilogy) came out in 1960! From then on, we suddenly got a flood of quick cash-in sequels, which as far as I know, are mildly entertaining romps, but lack a certain je ne sais quoi. From then on, we've gotten zero Mabuse films, aside from an unofficial one made by Claude Chabrol in 1990, and two that are still new releases. More on those later...

Today, to mark the occasion of October, I'll be looking at the very first entry in this series-Dr. Mabuse: The Gambler...

In Weimar era Germany, a sinister criminal is causing chaos wherever he can, be it screwing around with the stock market, nearly causing a crash, or hypnotising millionaires into gambling all their money away. This man has no feelings for those he manipulates, and he extends his cruel schemes all over Germany. State prosecuter Norbert Von Wenk has been assigned to the case of finding the culprit behind these seemingly senseless crimes, but he faces continuing difficulty as he's constantly bested by the maniacal Dr. Mabuse... 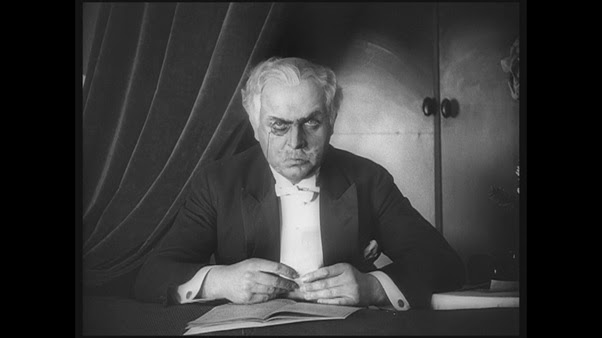 As you may have guessed from the release date, this is a silent film. While the editing is obviously choppy in that way only 90 year old films can be, this is still a very well put together movie! Its got neat direction, nifty visuals, and a horrifyingly long runtime that is actually pulled off-270 minutes! Speaking of visuals, this movie is only one colour! If you don't know, certain silent films have the nasty habit of changing colour palettes every few minutes. Sometimes it works, but other times it just feels uneccessary and annoying, as you're eagerly watching a movie, and the filter keeps changing from black-and-white to baby blue, yellow, grass green, or PB pink! 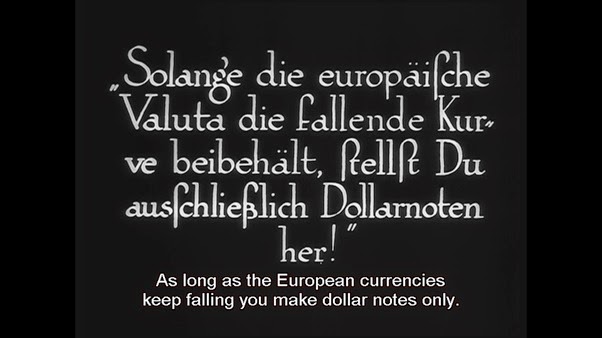 This is a well-written crime movie, but despite its reputation, legacy, and four-and-a-half hour running time, I find it to be pretty simple, and this is to near detrimental effect.

Dr. Mabuse: The Gambler's themes are heavily tied to the excesses of Weimar era Germany, but you don't need to know that before going in. If you know nothing about the climate of 1920's Germany, you'll still have a complete viewing experience here. In fact, the movie might teach you a thing or two on the subject! 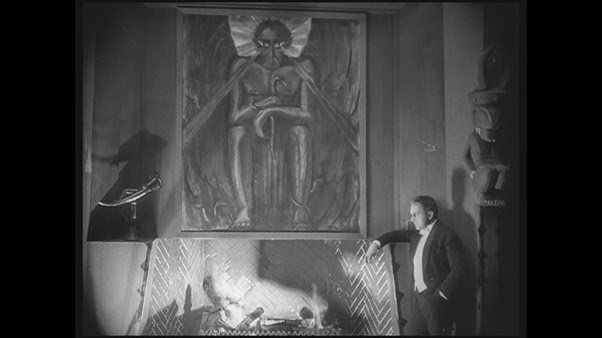 The film's lead protagonist Von Wenk is likeable, and carries the film well, getting the majority of the screentime.

Rudolf Klein-Rogge is fantastic as Dr. Mabuse! He always has a stare that's so cold and evil, that it's borderline iconic! His performance is very over-the-top, but in a way that works for a silent film, given that this is the genre where if you snorted sushi-wrapped coke off a naked woman's chest, then flailed your arms about in your ensuring high, your acting would be considered subtle.

Klein-Rogge also perfectly pulls of the various different disguises Mabuse utilizes! While it's always recognizably him, he looks unique and different each time. In fact, sometimes his eyes are the only real giveaway. 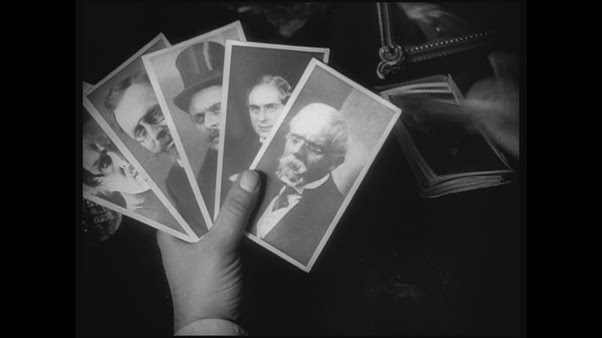 As for his character, it's decently written but not particularly impressive. The Dr. Mabuse portrayed here isn't quite the character he would later become, as here he's just an incredibly devious nihilistic criminal. There's no doctrine, or anything like that.

Dr. Mabuse: The Gambler is never boring or drawn out at four-and-a-half hours, but it is a pointlessly long run time given the utter simplicity of the plot. It'd be bearable if this was the anarchistic 'Empire of Crime' Mabuse, but this is just about a nihilistic gangster who does stuff, and a cop who's after him. 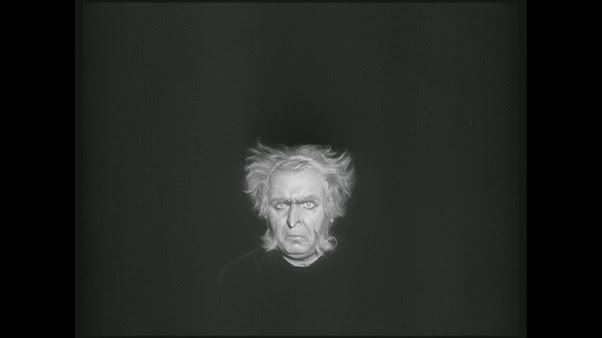 Probably my only complaint about this movie aside from its simplicity is one scene which looks like a year-spanning time lapse, but isn't. It confused the hell out of me!

One final note. The subtitles on my Director's Suite DVD seem a bit iffy at times. Not unreadable or incorrect, but iffy nonetheless.

Dr. Mabuse: The Gambler is a very good movie. It's pretty simple, and depending on how you feel, it's also three movies too long, but I still recommend it. It's an entertaining crime flick, as well as an interesting look at both German culture in the 1920's, and of films in general of the silent era.
Posted by Chris Hewson at 8:57 PM