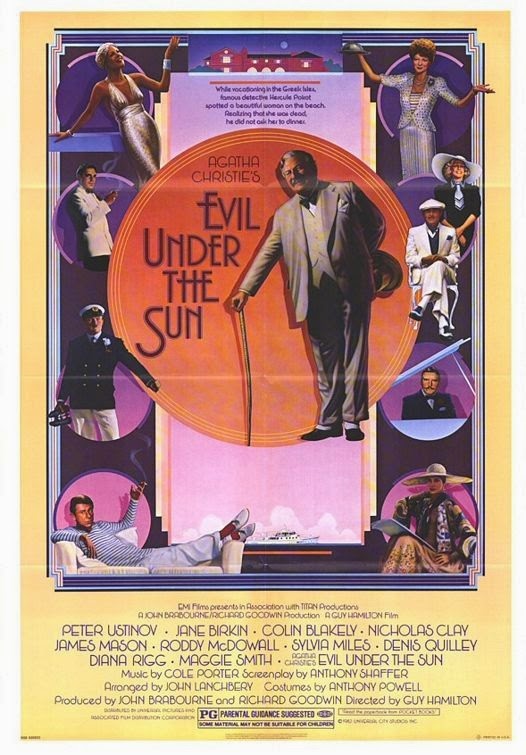 Agatha Christie has always been one of my favourite writers, and she has the distinction of never having gone downhill! Her 'last' book Postern of Fate wasn't all that good, if I remember correctly, but she had the excuse of being 82 years old, and dying, to call for that. If people are to be believed (which they aren't necessarily, as opinions always vary, and books some hate, others dig), Christie did write a couple of not-so-good books here and there, and she herself was her worst, most scathing critic, calling a few of her books execrable (though most like them), but she never went the route of some annoying modern writers who have all their 'work' lazily ghostwritten. She was also never as derivative as other British whodunnits of the time. Her books aren't often cliched, the plots still stand up today, and often have surprisingly modern stories, such as And Then There Were None. You guys did know that Agatha Christie created the slasher genre as we know it, don't you?

Famed Belgian detective Hercule Poirot is visiting the island resort of Daphne Castle in order to get to the bottom of an apparent jewel theft, but things take a turn for the worse when unlikeable socialite Arlena Marshall is found strangled on a beach. Taking on this new case, Poirot asks all over the island to determine the identity of the murderer, but who could possible have murdered Arlena Marshall when everyone has an ironclad alibi?...

Evil Under the Sun is a 1982 film adaptation of the 1941 novel. Whether it's a good adaptation, I don't know for sure, but I'm pretty sure it is. It's certainly a whole hell of a lot better than the annoying David Suchet TV movies! I liked the TV series, and Suchet is always a perfect Poirot, but those movies are so damn maudlin, as well as very unfaithful!

The action in this movie is situated almost entirely on an island resort, and the story is just of Poirot talking to people about a crime, but its presentation is very well done! The first half of the film sets up the characters, even giving some potential motives, and red herrings, and following that, the murder occurs, and we see the interesting questioning and flashbacks as the plot advances, culminating in the fantastic 'sitting-room' reveal and explanation.

The mystery in Evil Under the Sun is very compelling! The facts all come together well, and no revelation seems forced, and predictable, all leading to a very satisfying conclusion!

What I especially love is that once Poirot finishes his revelation of the facts of the case, but seemingly lacking any evidence, the murderer just laughs it off, knowing nothing can be proven. In most TV cop shows you'll watch nowadays, the cops present their 'findings' to the villain and they instantly break down and confess, even though they'd be home free if they just kept their mouth shut.

Some say that you can only watch a whodunnit once, and only once, but I don't believe that. On the first watch, you're captivated by the mystery, and on the second watchthrough, you pick up on all the little clues you missed, and the plot comes together even better! And besides, if a film is just plain good, people would be fine with watching it again, despite knowing the outcome of the mystery. After all, people know the whole plots to all movies they've seen before, but can rewatch them just fine as long as they like them. A whodunnit is no different from a comedy, action, or horror, etc. in that respect.

The acting in Evil Under the Sun is great! While neither French, nor black haired, Peter Ustinov makes for a fantastic Hercule Poirot, and is my favourite, especially for a particular reason-He's cheerful! Poirot is a great detective here, showing off great smarts and cunning resourcefulness, never coming across as an egomaniac creep like Agatha Christie thought him to be in her books (which is 100% accurate).

The rest of the actors, such as Maggie Smith, Colin Blakely, Roddy McDowall, James Mason, and the rest (my apologies to the remaining actors for using Gilligan shorthand) are all very good, and some definitely distinctive, especially McDowall's character, who may be annoying to some, but is entertaining to others. There are no two characters alike!

The soundtrack to Evil Under the Sun is a very bombastic one, with plenty of cheery and garish tunes, which complement the film well!

I highly recommend Evil Under the Sun for all mystery enthusiasts out there! It's a great watch!...
Posted by Chris Hewson at 8:22 AM