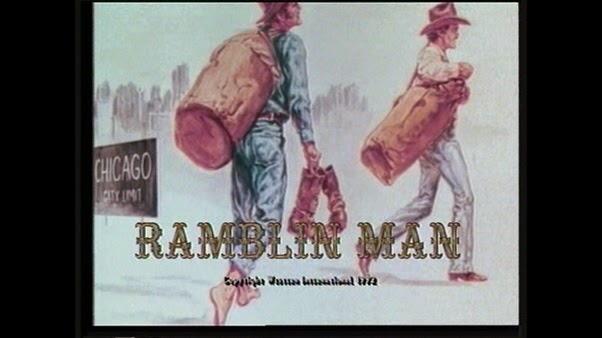 J.D. Reed and Will Eubanks are two friends drifting from place to place. After a card game altercation, they train-hop to Nashville. They need a place to stay, and J.D. remembers meeting someone at a party, who inviting the two to his home if they're ever in the area. They call the man, Lonnie Grimes, up, and he doesn't remember them all that much, but he's a private detective in trouble, and decides that these two country dudes will make some fine stooges, so he allows them to stay at his house while he's out of town. Almost immediately, a woman arrives at the house needing the services of a private detective to find her missing sister Carla Wade, and she pays the broke duo $1000 dollars upfront. Now, the two amateur detectives have to find this missing woman, but they soon begin to realize why Lonnie Grimes skipped town... 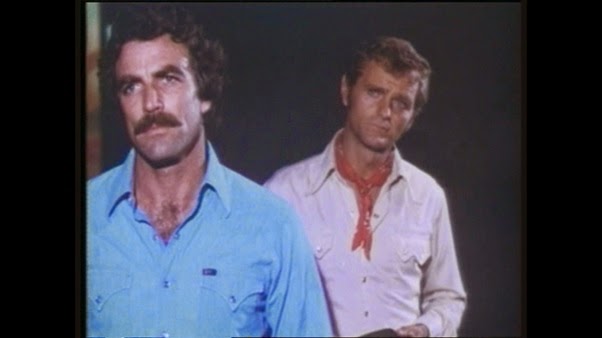 Ramblin' Man is a 1979 TV movie that I discovered a few years back on a Public Domain 10-pack, and it greatly helped my then bad mood (I was playing the fantastic Castlevania 64, which is arguably the hardest game in one of the already toughest video game franchises of all time). Though, what didn't help my mood was that seemingly every other film on this set was a piece of crap, and some had such low print quality, they were next to unwatchable. But hey, it only cost me about a dollar, and I got one really good movie out of it!...

This film is known as both Ramblin' Man, and Concrete Cowboys. Both titles fit the movie well, and both have reason to exist. The former has presence in the main theme, while the latter phrase is namedropped at one point, as well as acts as an apt description of the leads.

On that subject, the characters in this film are well written, particularly the two leads, who are nicely distinctive, and never blend into the other. 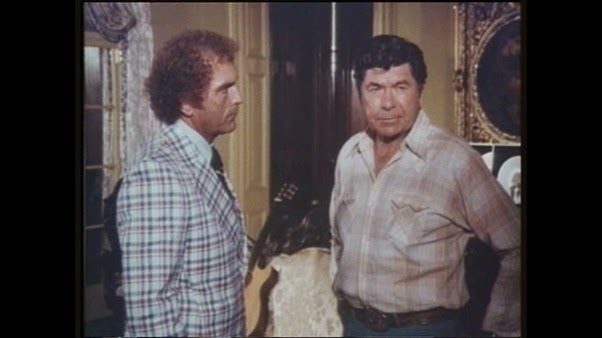 The plot here is a compelling one, especially thanks to the acting. We've got an intriguing mystery that unfolds well, and we get more and more info about Carla Wade's true personality as the movie goes on.

The acting in this movie is great! Tom Selleck and Jerry Reed make for entertaining and likeable leads, while the supporting cast does well too. Claude 'Sheriff Lobo' Akins delivers an emotional performance, while Morgan Fairchild is very chameleonic. We've also got some extended cameos from Roy Acuff, Ray Stevens, and Barbara Mandrell. Awesomely enough, Mandrell is actually important to the plot, giving the leads their next clue. This is neat, as while a plain old cameo wouldn't have necessarily been unnecessary, having her play an actual part, however minor, in the film's story is appreciated! As for Roy Acuff, his presence gives way to a pretty funny line, courtesy of Jerry Reed when J.D. and Will are discussing whose opinion on Carla Wade they believe. J.D.-"You know, Will, I don't believe a word that woman says."-Will: "Do you believe her husband?"-J.D.-"Well no, not necessarily, but Roy Acuff liked her, and I'd believe him if he said the world was gonna end tomorrow!". 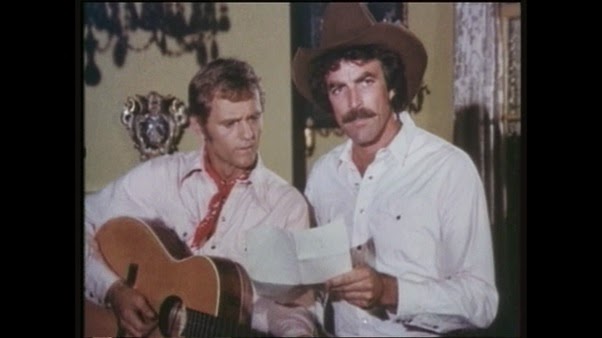 Ramblin' Man's score is great! We get a whole range of songs, from the main theme (sung by Jerry Reed), to a guest appearance by Ray Stevens, as well as the ethereal flashback music, and the actual song that plays in a couple of those scenes. Then there's the moment where Jerry Reed's character sings the secret sheet music, and I kinda wish he would have sung more! And finally, there are the little tunes in the chapter titles, with the third being my favourite.

Yeah, this film has chapter titles! This is a pretty odd quirk that some TV movies of this era have, such as the Superman 1975 Musical, except while in that movie, it was just goofy text on a blank coloured screen, Ramblin' Man actually has specifically made music for them, as well as full drawn pictures of the leads, and whatever they're up to. 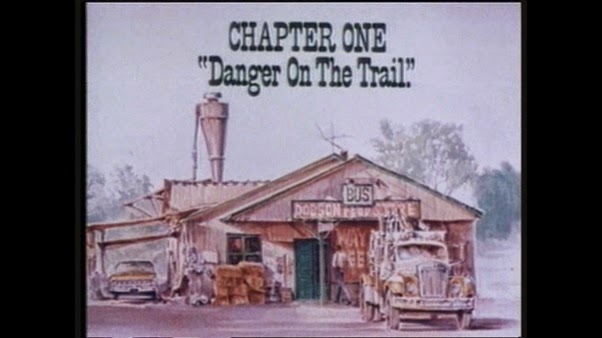 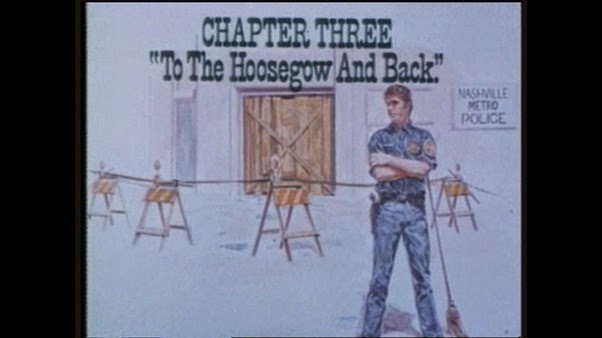 This is a public domain film, so you can probably catch it on Youtube. If not, the film does exist on DVD. No idea if it has an isolated release, or if it's only on those PD ten packs. Given Ramblin' Man's status, the quality's not the best. It's certainly watchable, and you'll never strain to hear the dialogue, but it does shake at a couple of moments, and the colour filter acts funny in one scene.

Ramblin' Man briefly spawned a TV series, but that unfortunately only lasted for a very short period, before falling into a black hole of obscurity. I've never been able to find it. Also, it had Jerry Reed, but didn't star Tom Selleck, seeing as how 1980 was rather an important year for him concerning other 'pursuits' that ate up other potential lead role TV acting jobs for the rest of the decade.

Whether you're a fan of country music or not, I'm sure Ramblin' Man is a film you'd enjoy if you're at all a fan of those old '70's type mystery shows, or even just a mystery fan in general...
Posted by Chris Hewson at 9:03 PM