On Christmas Day last year, there were two short kids films playing back to back on one of the ABC channels, and I was tempted to watch them when I had some downtime. They were The Gruffalo, and The Gruffalo's Child, and thank God I chose not to watch them! I saw them weeks later on ABC's iView, and believe me, these may be short films, but they sure feel pretty long!... 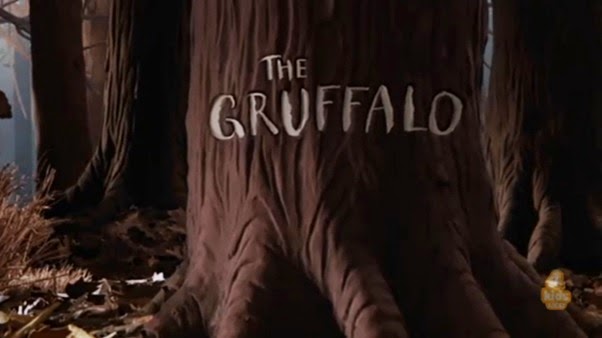 The tale of The Gruffalo begins with a Squirrel mother telling a story to her children, I guess to distract them from the fact that they apparently live in the brutal real world of Watership Down. Her story is about a mouse that keeps bumping into danger on his way to get a nut. He gets out of the fixes by making up stories of the Gruffalo, a fearsome behemoth that he says he's having lunch with, terrifying the snake, owl, and fox that want to eat him. Soon enough, the predators realize the deception, and plan on wishboning the hell out of the mouse, but it may be too late for him, as he's run into the real Gruffalo... 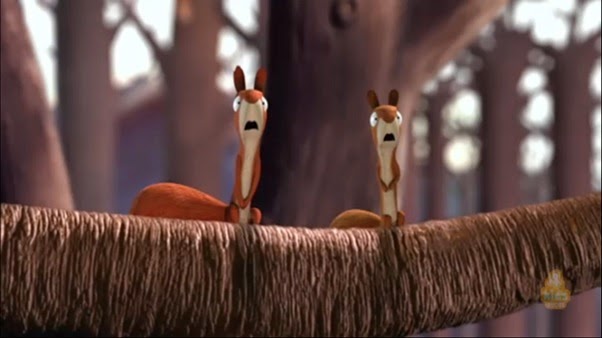 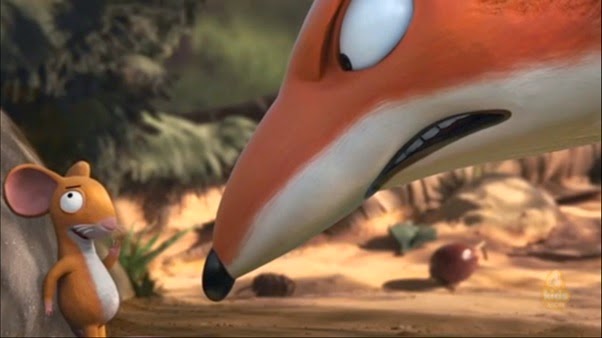 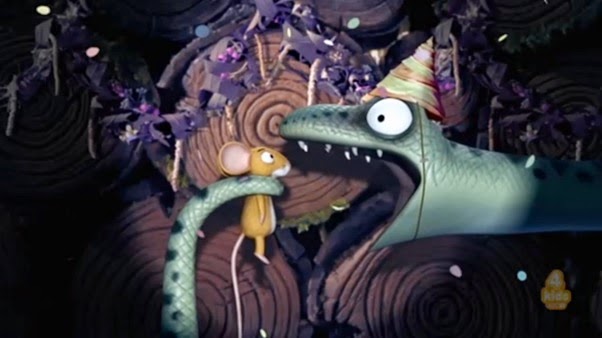 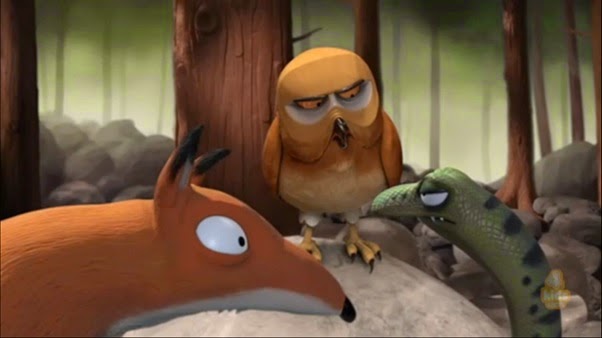 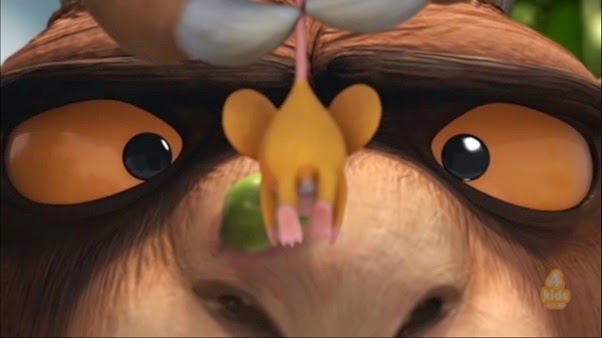 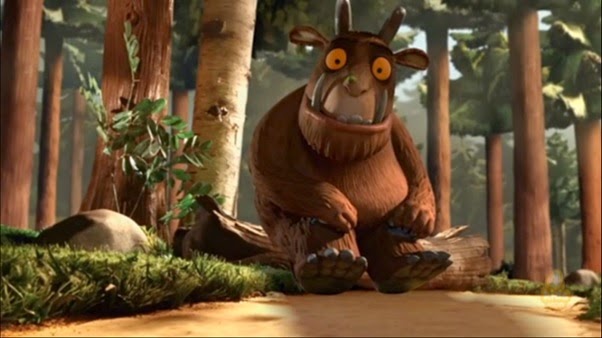 The plot to The Gruffalo is terribly repetitive. It's the same scene repeated five times! All this is strung along by really poor narration. It's too infrequent, and some of the time is made up of stuff like 'Saiid the Gruffalo', or "Said the Mouse".

Possibly the dumbest thing about this movie is that despite the fact that the Gruffalo is a figment of the mouse's imagination to scare predators away, it turns out to be real! This is either very Cartesian, or very stupid!

The acting here is ok, but none of the actors really shine. I usually like James Corden well enough, but he's irritating here, as he constantly makes sounds like he's loudly orgasming, or has just been discovered jerking off.

The CG animation in this movie is decent, but wasted on this dreck. 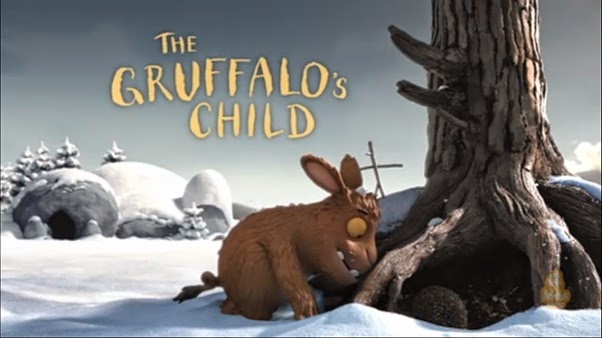 Late one snowy evening, the Gruffalo's young child goes out venturing in search of the Big Bad Mouse...

The Gruffalo's Child is a painfully lazy follow-up. It furthers nothing, nor does it even tell a proper new story. There's barely even a real story! It just spins its wheels and retreads old material until the film quickly wraps up, nothing having been accomplished

There's a Law Abiding Citizen style plot twist when we realize that the Gruffalo's child intends on murdering the mouse and feasting on his warm flesh once she finds him! Wow, we lost sympathy for that little beast fast! This turn is really poorly thought-out, and doesn't gel with previous scenes. 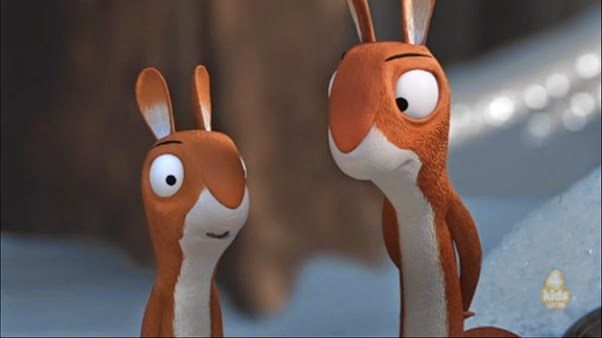 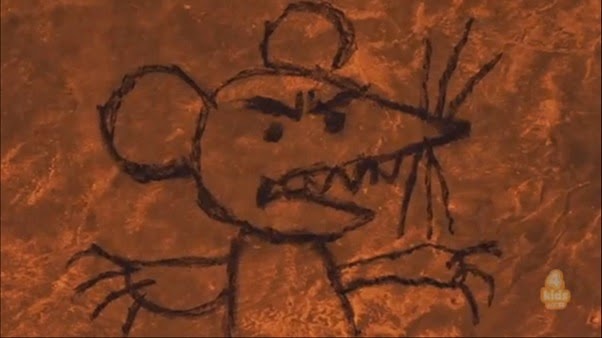 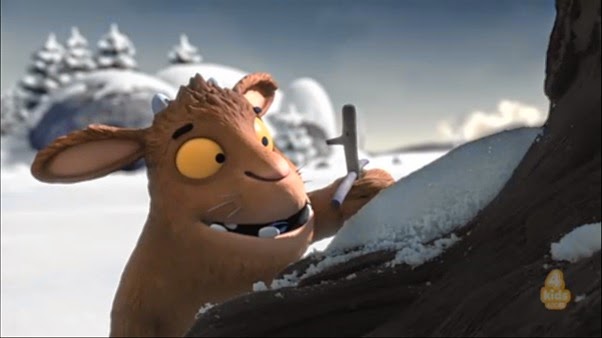 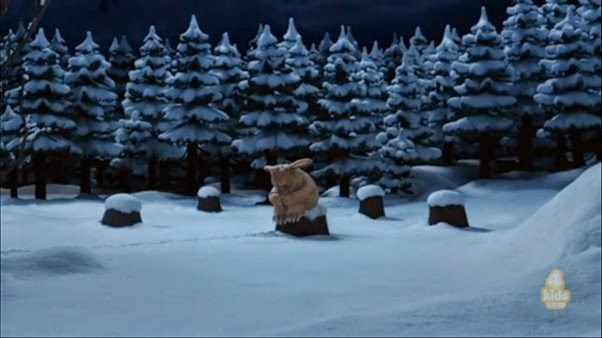 Following that, we get a really stupid and really annoying ending, where the dickhead mouse emotionally traumatizes this little girl, causing her to run back to the safety of home, forever scarred. What the hell kind of moral is this movie teaching?! That you shouldn't be brave?! That you should always be terrified of the night, no matter what?

The voice acting here is boring. The returning actors aren't bad, but they feel like this is just a quick paycheck to them. The lead actress Shirley Henderson is annoying! With her, it's really fifty-fifty whether she'll be grating or amusing.

Both The Gruffalo and its follow-up are rotten movies, and as far as I'm concerned, you should steer clear, and certainly not watch them at Christmas!...
Posted by Chris Hewson at 7:03 AM