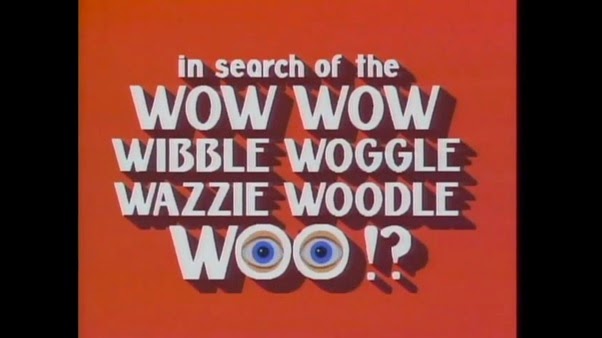 The most surprising thing about a title like In Search of the Wow Wow Wibble Woggle Wazzie Woodle Woo isn't so much that it exists, but that it's surprisingly easy to memorize!

Tim is a 'kid' back home from school. He's constantly pestered by his playful imagination, which keeps getting him into trouble, whether it be turning Tim into a wizard, causing the destruction of his bedroom, or other such unwanted shenanigans. In a fit of anger, Tim tells his imagination to get lost, but he's soon lonely, and comes to realize the fun that having an imagination can provide your life... 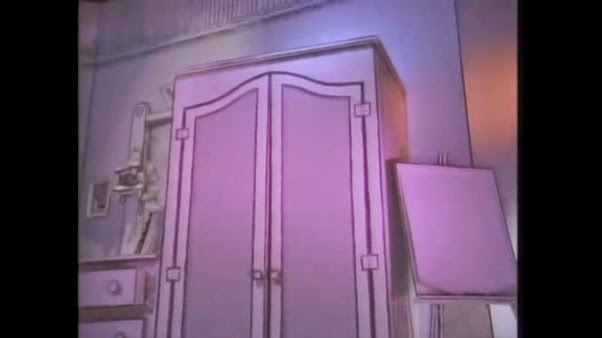 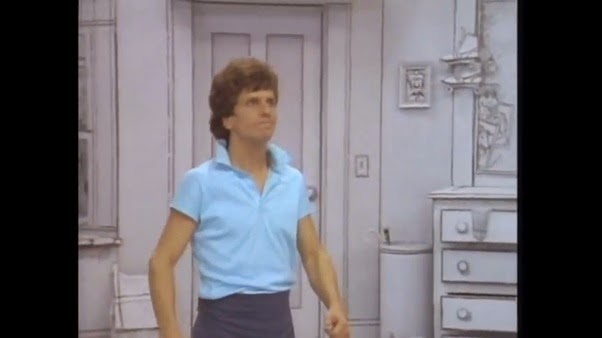 In Search of the Wow Wow Wibble Woggle Wazzie Woodle Woo is a 1985 childrens musical one-man show TV movie by Tim Noah, and it's highly enjoyable, depending on where your tastes lie. If you're not into musicals, and especially if you're not into kid-oriented material, then you likely won't gravitate to this movie, but if you do dig either, then you're in for a fun, but brief, ride. 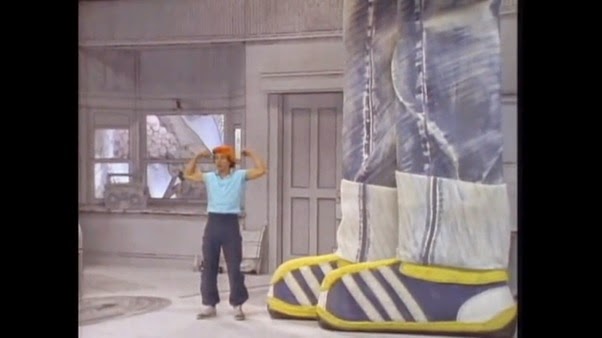 At only fifty-four minutes long, this movie never overstays its welcome. The plot is kinda non-existent, and basically just an excuse for semi-elaborate musical numbers, and to teach kids a lesson about friendship come the end, but it's acceptable for what this movie is.

The only scene that one might not find as enjoyable is the opening few minutes, which has almost zero dialogue from Tim Noah, and a kinda-Lovecraftian closet and radio! It's an odd scene, and an even weirder way to start the movie, with the lack of dialogue from the lead making for a confusing start. 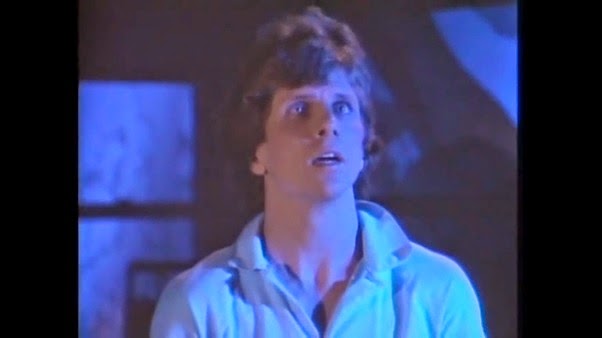 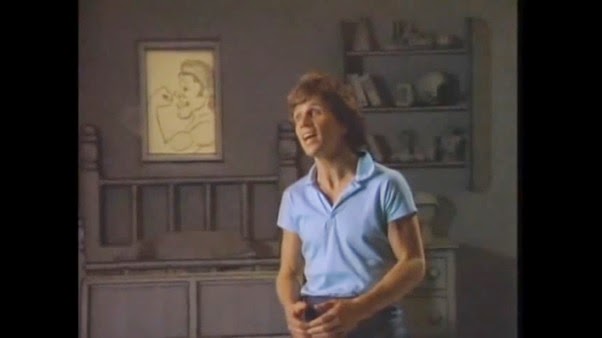 The music in Wow Wow Wibble Woggle Wazzie Woodle Woo is great! There are many distinctive and wonderful songs, from a jungle beat, to a seemingly happy tune with an undercurrent of loneliness, to one about friendship, a couple about the seven W's themselves, to a psychadelic rock-sounding song about a bunch of monsters led by Musty Moldy Melvin.

The choreography in this movie is quite good, especially since most of it is either shot in one take, or a few long ones! One aspect I especially like about the movie is the lighting, which is very pronounced, and dims and raises perfectly to fit the tone of certain scenes. 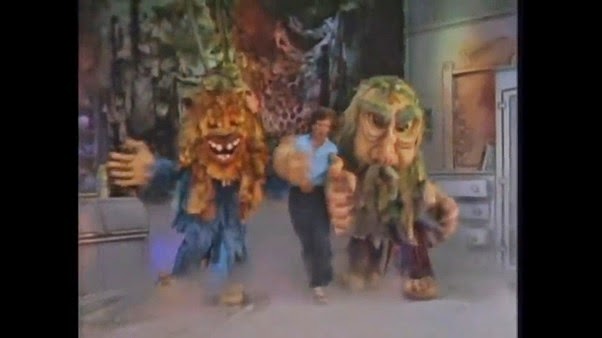 The effects here are obviously fake and stagey, but aren't trying to be anything else. They're good for what they are, and some are definitely either amusing or effectively done, such as the dancing clothes, or quaking shelves, to the point where you can even more easily overlook their low-budget nature!

Finally, onto the acting. Tim Noah is a good actor, and a great singer, carrying the movie very well! 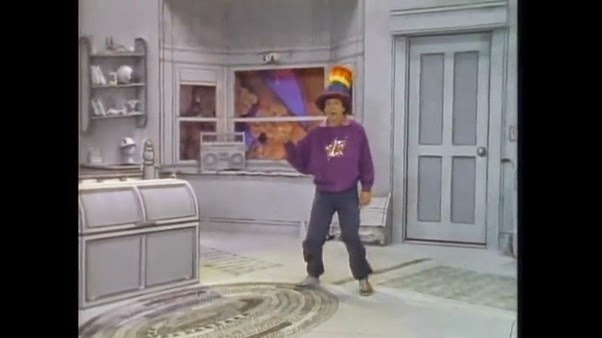 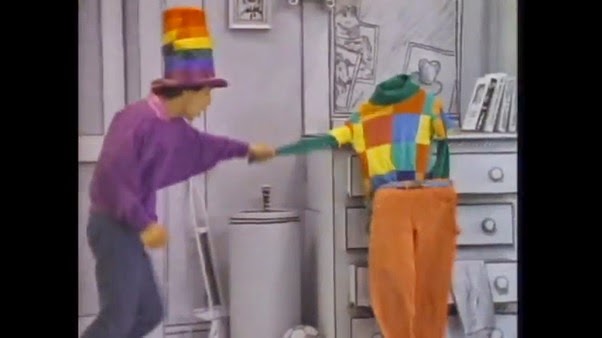 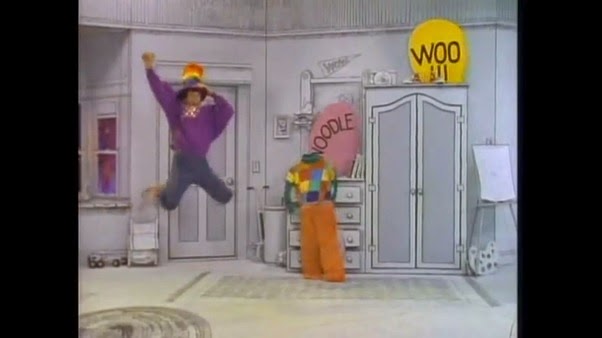 Whether you have or know kids, or if you're just a grown adult who likes Zoobilee Zoo too much (hey, you'll get no judgment from me for that), I recommend Tim Noah's In Search of the Wow Wow Wibble Woggle Wazzie Woodle Woo!...
Posted by Chris Hewson at 9:33 PM