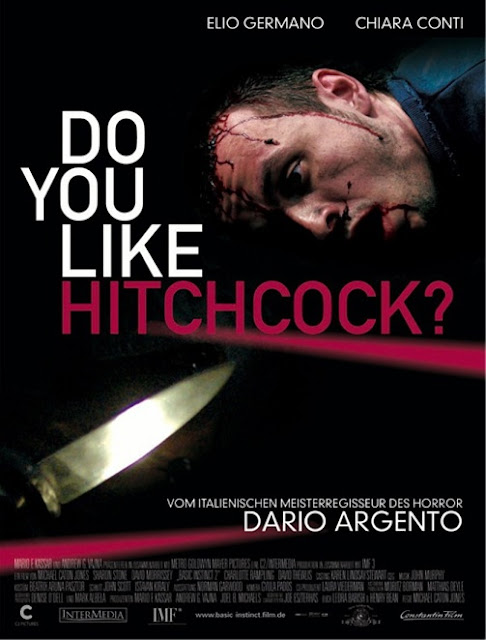 Italian horror director Dario Argento has long been compared to Alfred Hitchcock. To quote a hilarious TV interviewer, "He's been compared to Hitchcock, which he doesn't like, Brian de Palma, and occasionally Ed Wood." True in so many ways! In 2005 Argento decided to embrace the connection, and made the TV movie Do you like Hitchcock?...
Giulio is a young film student working on his thesis, and peeping on his neighbour Sasha. One day he witnesses a few little things that make him suspicious, and this culminates when Sasha's domineering mother is brutally murdered. Giulio believes Sasha and her new friend Federica have been inspired by Strangers on a Train, and are committing each-other's murders and providing concrete alibis. Despite others thinking he's crazy, Giulio continues investigating, and may be in danger himself... 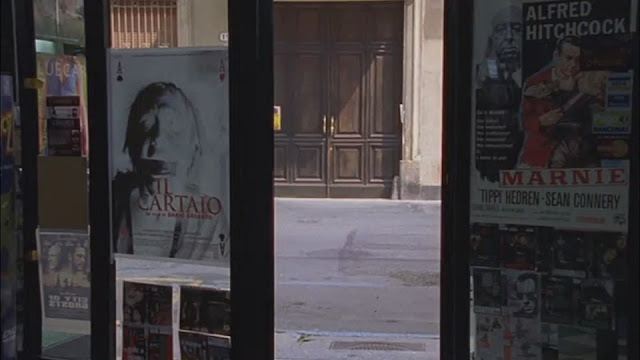 Do You Like Hitchcock is fairly decent as far as homages go. It's nothing all that special, and if you were told who created it you probably wouldn't believe. It's kinda like one of these cheesy daytime movies you see all the same, though mercifully better than those at least. The film's worst crime is that it's just unremarkable, and a little boring. By the halfway mark you'll probably be surprised by how little has actually happened.
The whole film I expected there to be a twist, with the Strangers on a Train element being a smokescreen for the true killer(s) and motivations. After all, the movie's not going to actually feature such an obvious hook, when the hero figured it out immediately, right?...Yeah actually, it is. There is a little extra, which I was very pleased to have seen coming (though admittedly it's not much of a leap, when there really aren't that many characters), but otherwise the story is played pretty safe. 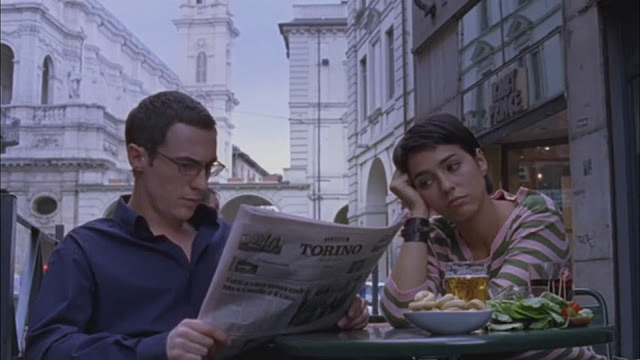 I think if the film had [embraced/accepted the format] and only been an hour or so long, it could have solved both of these problems. Slow pace? Gone! Unsatisfying plot? Not if it's only across 60 minutes!
As you can tell even from the nifty title, this movie wears its inspiration from Hitchcock and classic cinema as a whole on its sleeve. By which I mean it references them constantly, and posters or DVD's litter the backgrounds of just about every scene. As if that wasn't subtle enough/was too subtle, the plot is cribbed from Strangers on a Train [[[(acknowledging it doesn't make it feel any less lazy)]]], there's a shower scene that's made to resemble Psycho, the lead is a peeping tom, and has a leg injury later on that renders him stuck in his apartment. Some of these work as homages, but others not so much, especially when there's such a high concentration all in one place. 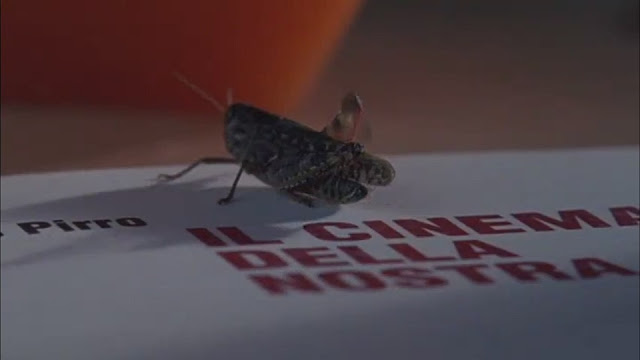 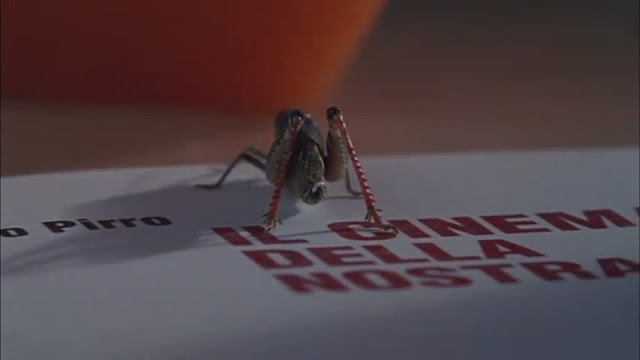 The last act goes on a little too long. We already have a climax  but since there's still a loose end to tie up, we're treated to a second climax that didn't feel necessary, and just overcomplicated things. At least it ends with a tense sequence, and pretty against type, considering who the hero and police are putting so much effort in to save.
Do You Like Hitchcock has its share of suspenseful sequences, with the most notable being a motorcycle getaway after a leg injury It's lessened a bit because it's not the killer chasing him, just some asshole lecher who's pissed that his 'lovemaking' session was interrupted, but still, little quibble with a great scene.
The movie is normal for the most part, but it has some weird touches, like the completely bizarre and over-the-top prologue! I was so confused (not to mention amused) by this scene. I waited the whole movie for this flashback to be explained, or become relevant, bu it never is and never does. Funnily enough, this scene is probably the most Argento-ish out of the whole movie, albeit bringing to mind such entries as Phantom of the Opera, and Dracula 3D. 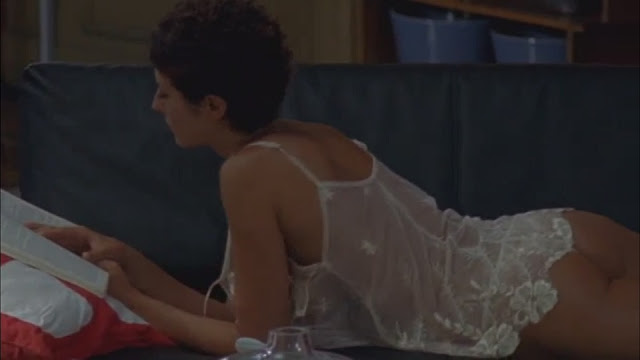 The characters are a bit weak here. Giulio is a fine lead, though he loses points for peeping on women getting totally nude, when he's already got a girlfriend! They totally have sex too, so it's not like he's starved of attention! Besides this he's a pretty decent lead, and his interactions with his mother are amusing. I liked her, and she plays a good part later on, with her new fiance.
Giulio's girlfriend Arianna is nice enough some of the time, though never believes his claims until the last act. I'd say she wasn't/isn't the best girlfriend as a result, but considering how he acts (especially throwing out her stuff!), I'm inclined more in her favour.  The icing on the cake with their relationship was the embarrassing exchange "You're getting worse"-"No, you're getting worse."-"No, you're getting worse"-"No, you're getting worse.". This is followed by the thrilling "Stop it"-"You stop it"-"No, you stop it"-"You stop it"-"Stop it". Rousing stuff!
As goofy and pervy as these two can be, at least they get the lion's share of screentime. The characters who suffer are the two women, Sasha and Federica. On one hand I get why we don't see any scenes exploring their character, because the whole film is strictly from Giulio's point of view, but still, a little something woulda been nice! We get just barely enough, and a lot of their personalities I feel would've been interesting to explore more The shop owner Andrea is a fun dude, and provides levity with his presence, as well as something else later on. 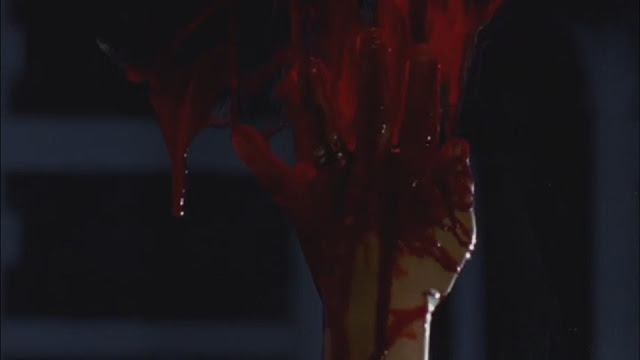 Given that Do You Like Hitchcock is a TV film, I went into it expecting the violence to be toned down, and had heard as much, so I was surprised to see how violent it is! The movie only has one murder (and one interrupted attack), so it's certainly not on par with Argento's earlier efforts in terms of bloodshed, but what there is is pretty grisly! I approve.
The acting here is ok. Because this isn't a big cinema production, I guess American distributors weren't as keen on it, so the dubbing is all done by Brits, and if my ears didn't deceive me, Giulio's dub actor is an Aussie! Oy oy oy! Sadly I heard wrong, as he sounds British for the rest of the film. *sigh* While the voice actors to a reasonable job for what this is, the dubbing itself is pretty bad, with no attempt made to sync the voices up with the lip movements]].
There's some good music here. Nothing matching the soundtrack of anything Argento's staple collaborators Goblin would put out, but perfectly fine. 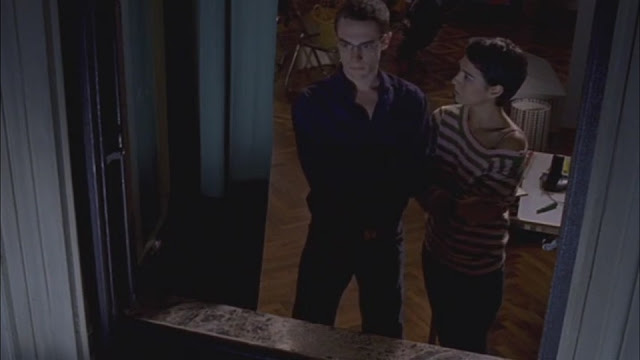 Do You Like Hitchcock is least effective when viewed as a whole, but it's not a bad movie, just unremarkable. If you're not an Argento fan you have no reason to check this out, but if you are, it won't hurt like some of his other later fare will...
Posted by Chris at 8:20 AM