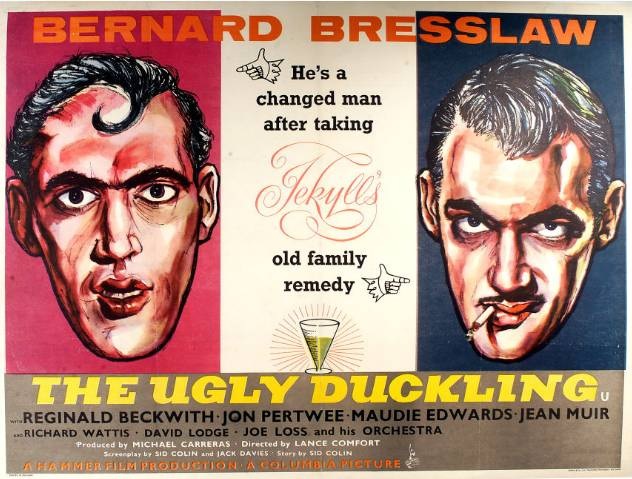 Henry Jekyll is a slow-witted but nice man, working at his brother Victor's chemist shop. Put down by everyone around him, save for his girlfriend Snouty (and even she thinks he's a bit of a square). One day he discovers the key to his great grandfather's secret formula, and taking it has an instant effect. The suave and dangerous Teddy Hyde comes waltzing into a swinging nightclub, dances with who he wants, bullies those he doesn't like, and falls in with a diamond smuggling scheme. The next morning Henry wakes up, having had the strangest dream. Unfortunately it soon turns out to be far more real for comfort... 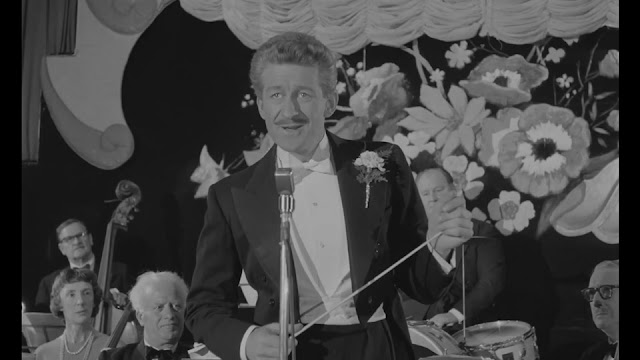 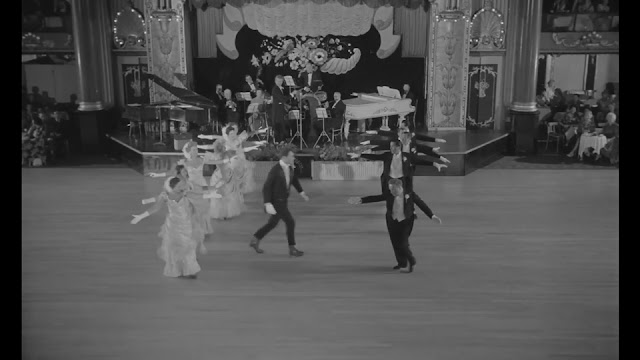 Thought lost until only fairly recently, The Ugly Duckling is quite a treat! Coming from Hammer films at the beginning of their horror boom, it's like a low-key Carry On entry, in the vein of Carry on Screaming. It's also reminiscent of The Nutty Professor, as both are comedic takes on the story of Dr. Jekyll and Mr. Hyde. Although The Ugly Duckling beat Jerry Lewis to the punch by four years! You go, you pommy wankers! 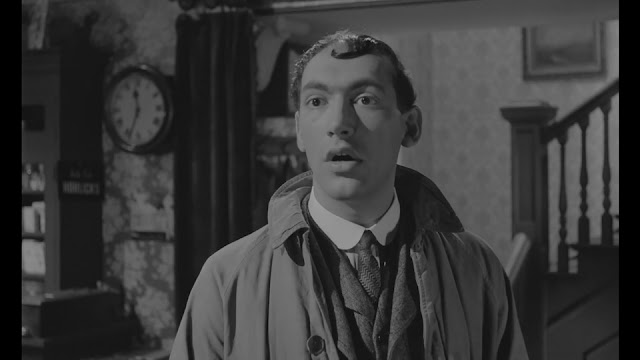 The story isn't a straight adaption of the original book, of course, more of a comedic sequel. It works very well in this regard, and the title helps too. While it is a little un-indicative that you're watching a Jekyll and Hyde story, it fits with the material, and means it never feels like something it's not. My favourite touch was how it credits the book-'With ideas stolen from Robert Louis Stevenson'. 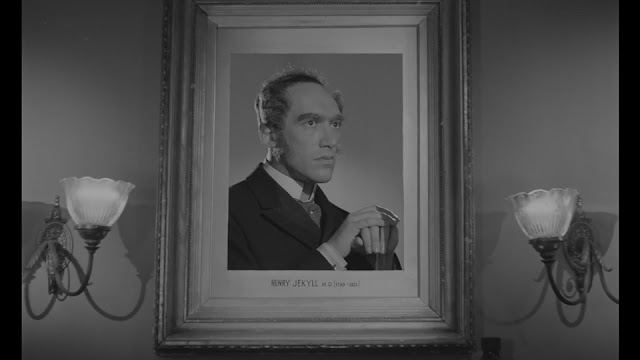 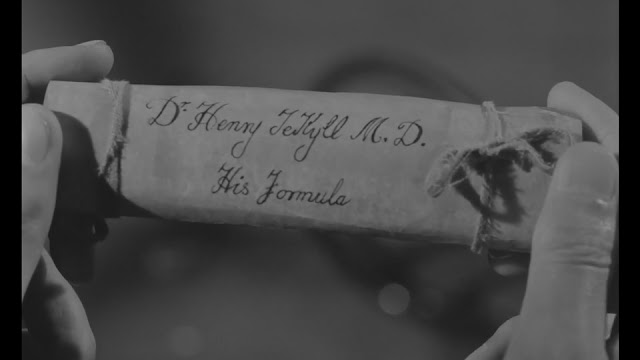 The Ugly Duckling has an old fashioned British feel to it, which meshes with the modern dance halls and jazz bands, where all the teens are cool young things who do twists and call people un-hip. This feels like a neat time capsule to right when the great shift in English culture begin to occur as the country modernised.
The climax is entertaining, with plenty of action and laughs. Although it does drag a little in one section, and a lot of it seems predicated on this beam being a lot thinner than it actually is. Just shimmy across it and you'll be done in 2 ticks! 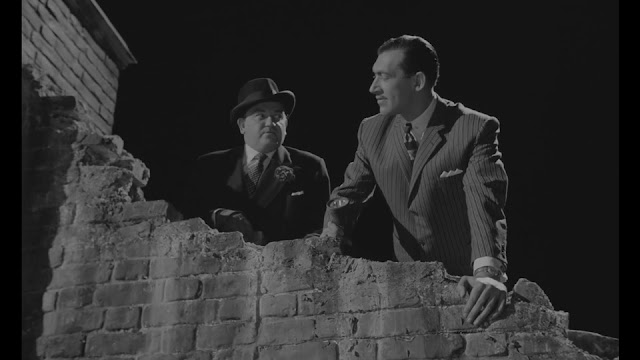 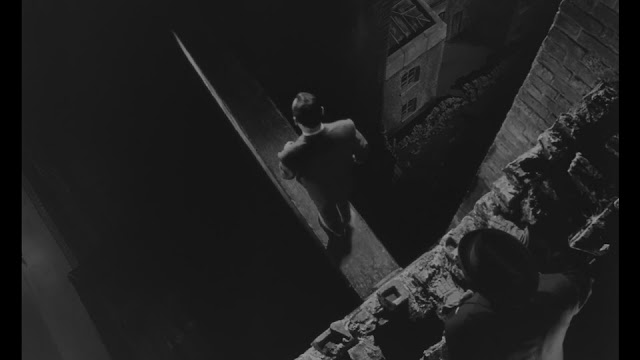 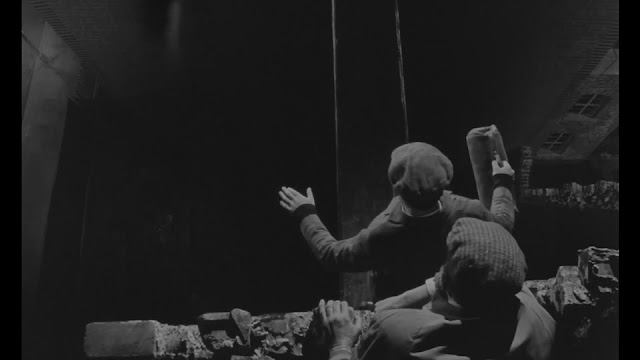 We've got some good characters here. Henry is a loveable lug, dopey, but smart in other ways, and you can just tell he'd do better if his family didn't treat him like shit. His adorably named girlfriend Snouty is cute, as well proactive. Though she does have too big a mouth at times, much to the villain's delight. Victor is a nice brother, despite some moments of frustration, and sister Henrietta is just a bitch! She'd probably throw Henry under a tram if it meant winning favour with the 'right' people.
The villains are your typical high and low end British gangsters, with a few fun names, personalities, and habits. Teddy Hyde meanwhile is a great presence! Acting like a suave, effortlessly charming spiv, he bulldozes into everyone in his way, and is always up for some crime.
My only issue is that Hyde never gets any resolution or final appearance. He only really has two sections of the film, and while they don't add up to much time, they make plenty of an impression! But after he turns back to Henry the second time, he never takes the formula again, and that's that. A bit of a bummer, really. 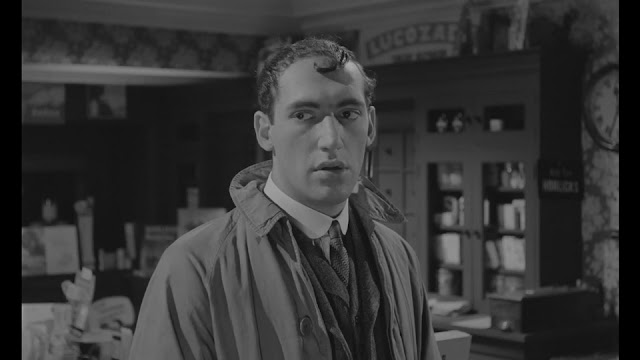 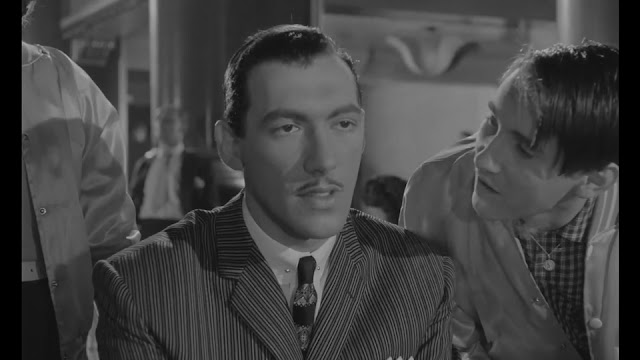 Bernard Bresslaw is a great lead. It's nice seeing him as the main character for a change, rather than just a sidekick or in a supporting role. He handles both parts of his persona very well, from the well-meaning but clumsy Henry, to the suave and devil-may-care Teddy Hyde. You almost do believe they're different people. Jon Pertwee is his usual self, being a cheery and lively spirit. Jean Muir is sweet as a button, with a cute yet sharp voice. I was surprised she's no relation of Shirley Henderson, as they sound nearly identical.
I dug how everyone was credited during the ending. It's not done in order of importance, but instead the pairs of names come up when the players come dancing onscreen. 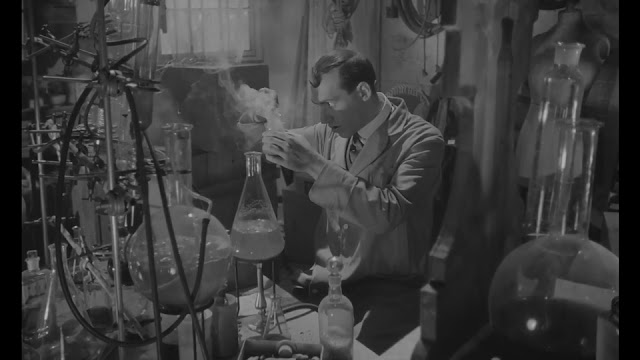 The soundtrack is a lot of fun! We've got some classical jazzy dance hall beats, straight of of the 60s!...You know what I mean! The scoring is done by Joe Loss and his Orchestra, and they do a great job.
One of the weirder elements to the movie are the bizarre musical interludes by Jon Pertwee! These only last like 10 seconds, and happen whenever Victor recites an advert jingle. Fully scored and dubbed in despite their micro length, they always catch you off guard, and something about them just sounds weird to the ear. Maybe it's because they start so suddenly, with zero warning, and end just as quickly. They are neat, though I kinda wish they had've been a little longer. 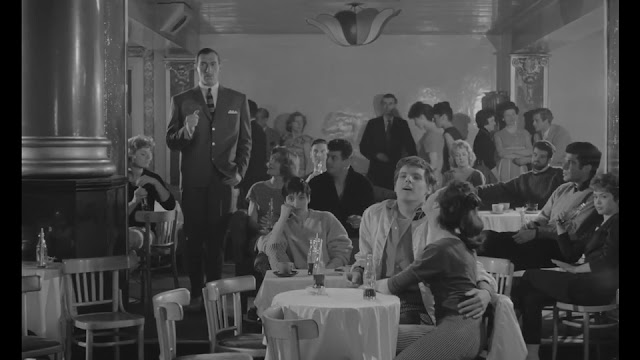 The film has a few other random weird things I'd like to mention. First is how the family name is sometimes spelled Jeckle. I wasn't sure what was up with that. I wondered if they'd changed the spelling to distance themselves from the old family scandal, but there's no hint of that, it's already public knowledge, and we see it spelled Jekyll everywhere else.
I also found it strange how Henrietta and her beau act so young about their engagement. They speak of courtship, and of meeting the parents, but they're both like 50, at least! Their parents are probably in a nursing home now. What 50-60 year old asks their parent's permission to get married?! You wonder if maybe the script was written with younger characters in mind. 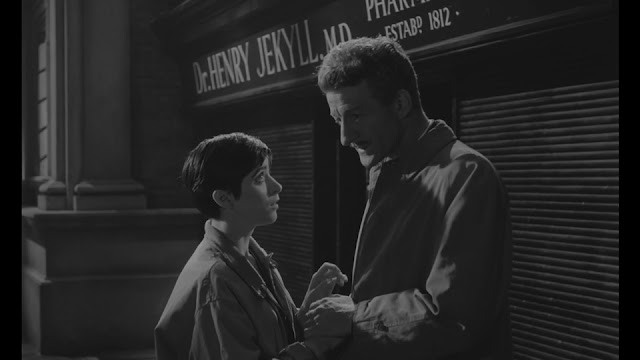 And lastly, it is a bit of a leap that no-one recognises that Henry and Teddy Hyde are the same person. Yeah they may look and act a touch differently, but they're still 7 foot tall behemoths/giants! And how Teddy just knows all these specific safecracking skills isn't explained, but oh well. It's no problem, just one of those little movie things you're meant to forget, and thankfully that's an easy enough request in a movie as otherwise entertaining and fluffy as this. 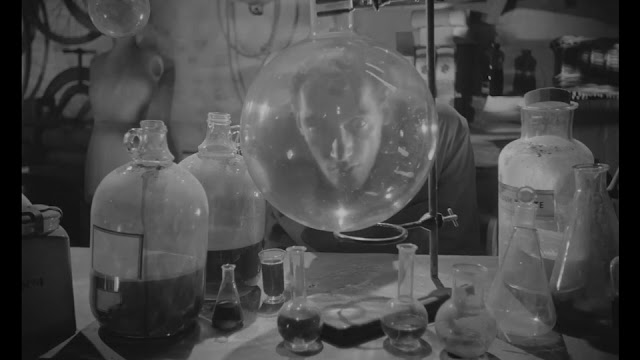 Overall, The Ugly Duckling isn't a classic, and probably could've done with a thing or two to really elevate it to that level, but for what it is it's definitely an enjoyable time. It's just a warm, simple British comedy, and we need more of those nowadays! Less cussing and grossness, more clean jokes and mad science!...
Posted by Chris at 8:30 AM