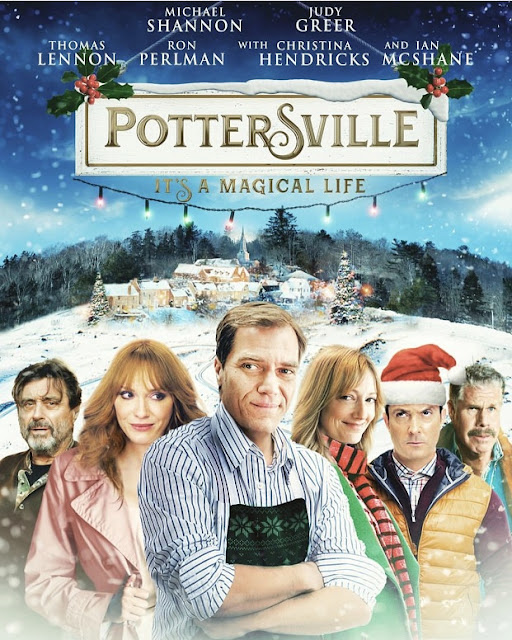 Maynard Greiger is a mild-mannered general store owner in the small town of Pottersville. One day after returning home early from work, he discovers a shocking discovery-His wife is having a furry affair, and promptly dumps him. Despondent, Maynard gets hammered, and runs around town wearing a gorilla costume he found. Upon waking the next morning, he finds Pottersville to be a national sensation due to stunning Bigfoot sightings. Now he must keep up the act if he wants to save his town from obscurity and oblivion... 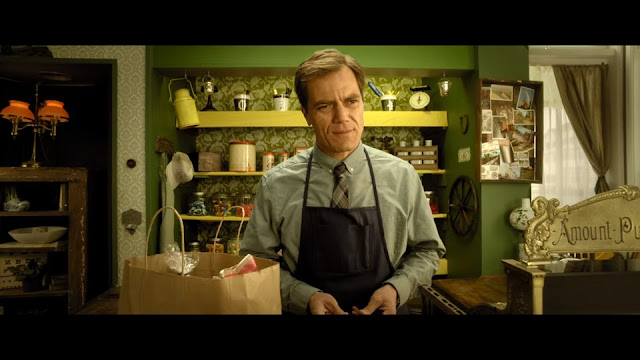 Pottersville is a fairly recent Christmas movie, and despite having flown completely under the radar, it's one that manages to be unique! The story beats are what we've come to expect from movies like this, with a predictable romance and moral, but it's the content that's what makes this film stand out. Where else can you find a wholesome Christmas movie about bigfoot, and furries? 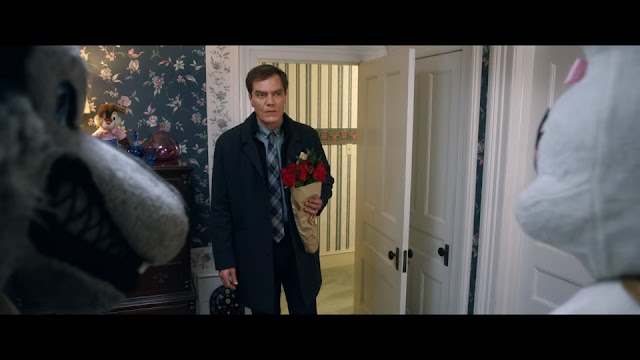 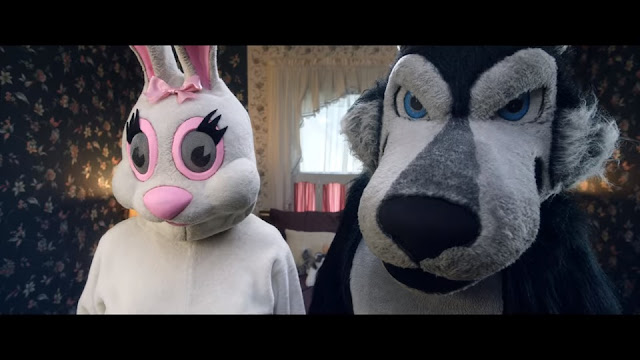 The plot moves along well, and while it's never really a surprise seeing where things go, it gets to its destination in an entertaining way, and culminates in a good climax, and a nice wrap-up. There's some good dialogue here about hope that I think comes off really well! This isn't an overly sentimental movie, but nor is it cynical.
Maynard is a good lead character. A nice guy, perhaps too nice for his own good, he tries his best to help out his fledgeling community. He makes for a good Bigfoot, and it's funny seeing how he researches all the little touches for how a monster no-one's ever seen should act. His coworker Parker is obviously gonna be a love interest from the first moment we see her, and she gets an opening after his marriage collapses. She's super sweet, like living honey, and you really root for them as a couple. 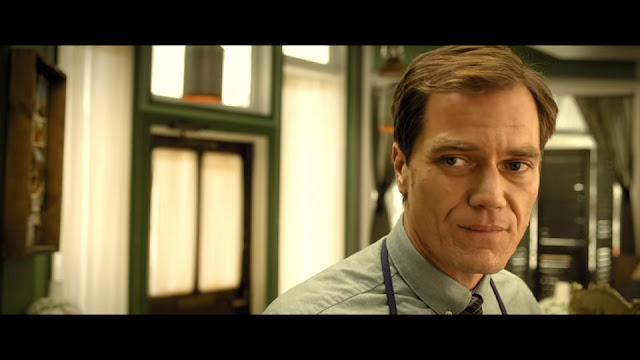 Monster hunter Brock is an amusingly cringey addition to the film. He's your typical reality TV host. A full of himself hipster who acts like an expert. He also has one of the worst Australian accents I've heard in a while. He makes all the same mistakes Americans usually do when trying to sound like us, mispronounces our cities/states, and even mentions drinking Fosters! I was a mix of annoyed and amused at such a ridiculous portrayal, until a twist halfway through that puts things in a different light! 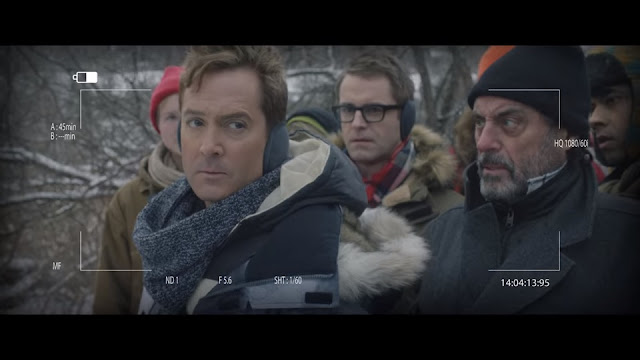 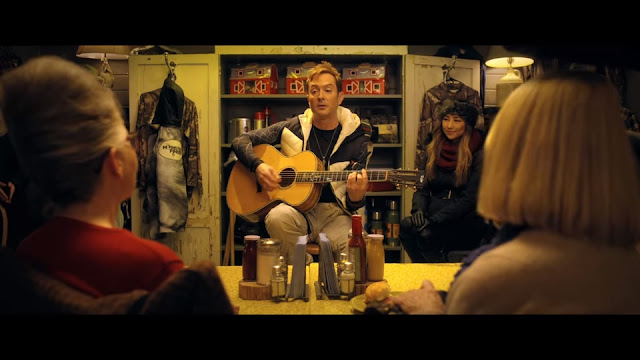 Local 'mountain man' Bart is your 'Quint from Jaws' archetype. An expert in all things hunting, and living off the land. He's a friend to Maynard's, and is up for hunting the Bigfoot, since he can tell Brock is full of shit. It's fun seeing how in his element he is, and on the same note it's great seeing the opposite, when he's genuinely shocked by the weird 'furries love Bigfoot' rally, having no idea what the hell is going on. 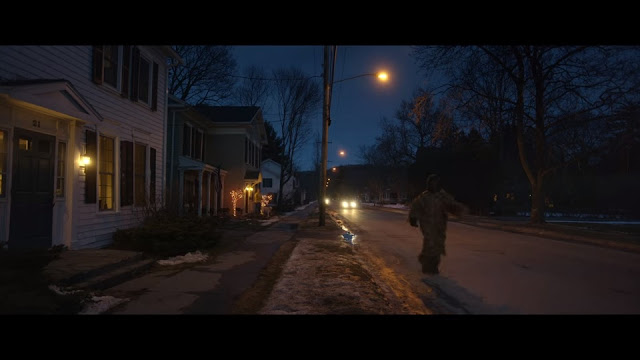 Maynard's ex is a real piece of work, making for an amusing and unexpected first scene. Maynard considers trying to win her back at first with his Bigfoot antics, but things soon spiral out of control before he can get around to it, lucky him. The local sheriff is a mix of an asshole yet friendly, useless and well-meaning, and avoids being one-dimensional. Maynard totally shoulda smacked him though!
The townsfolk are a diverse and decently amusing bunch. We don't get to know them super well, but they do enough, and ranging from little old ladies, to dopey potheads, a gay business couple, etc, they never fade into the background unnoticed. 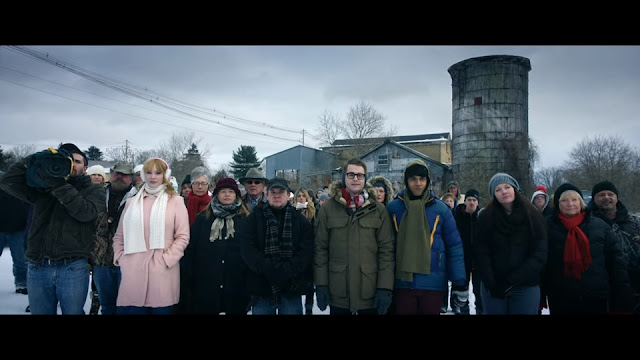 Pottersville isn't a super festive holiday film, simply being set around Christmas and that's it, but I think that's ok. As long as there's snow, quaint setting, a Christmassy soundtrack, and a message about hope for mankind, that's good enough. And besides, you have people dressing up as all kinds of animals for the Nativity!
There are lots of movies that try way too hard to be quirky. Pottersville succeeds (for me at least) because of how sincere it is. It has quirky elements, but it never rubs them in your face, and is pretty laidback most of the time. This makes the out-there moments stand out better, and feel more earned. 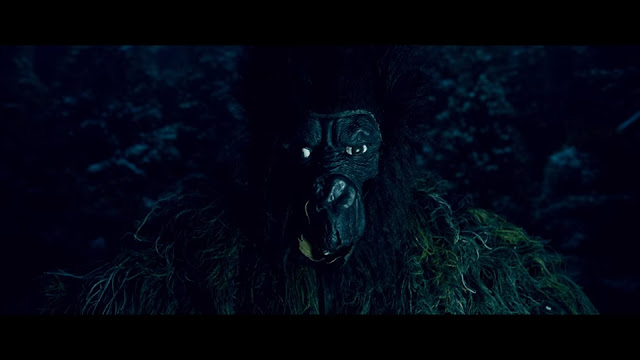 Perhaps the strangest thing about Pottersville is its name-Why Pottersville? I'm not sure what anything here has to do with It's a Wonderful Life, or the dark alternate reality of its climax. The marketing team clearly knew what they were doing too, since the film's tagline is 'It's a magical life'. The movie itself has nothing to do with that film, which you probably figured out after you read Bigfoot, and even before you read Furries. But the end is reminiscent of the story, in a nice way, and not too ostentatious or saccharine like other imitators. I'm impressed by how subdued it was. 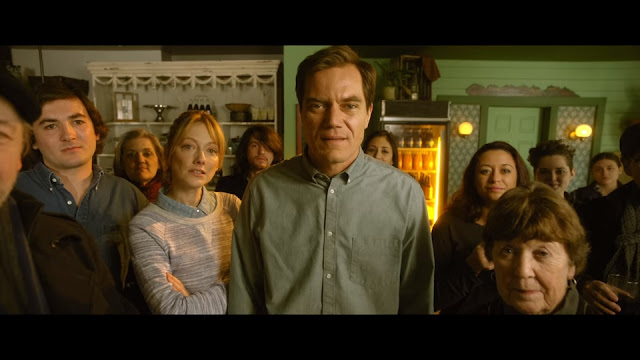 For such an overlooked movie, Pottersville has got quite the cast! Michael Shannon stars (doing well in a role I'm not used to seeing him play!), with Judy Greer as a cute love interest and Christina Hendricks as his bitchy ex. Ian McShane is a neat presence. Thomas Lennon is over the top, with a stunningly awful accent, until the reveal which changes everything, and makes me view his performance more favourably. Ron Perlman has an amusing supporting role, along with his daughter Blake (who I swear I keep thinking is named Rhea!)
The score is made up mostly of some neat 1940s versions of Christmas songs, which are always nice to listen to. A couple of the more modern tunes sound a bit weird, but are over quickly enough.
And lastly, the setting is neat! It captures the cosy small town in winter feel, with a Christmas-sy charm in each snowed up street lane. 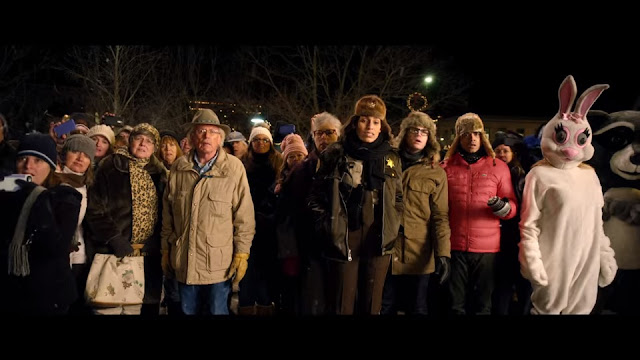 Pottersville is a great example of how to use time-worn ideas in a fresh way, and should serve as an inspiration to all those endless Lifetime movies on how they should stand out. It's worth checking out for any holiday season...
Posted by Chris at 7:31 AM