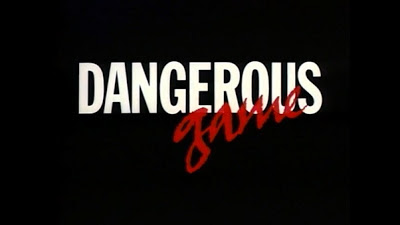 So, here I am to continue my Aussie horror-athon with 1987's Dangerous Game, which I found on Youtube (By the way, good luck if you ever try and search for this film online on eBay, or something of the like! You'll be totally swamped by hundreds, if not thousands of results for The Most Dangerous Game (any damn version!), and the Harvey Keitel-Madonna film of the same same). The film is about a psycho cop hellbent on revenge against a group of university students.

By the way, as if the guy's hilariously old computer wasn't funny enough, look at how this guy is dressed and done-up! 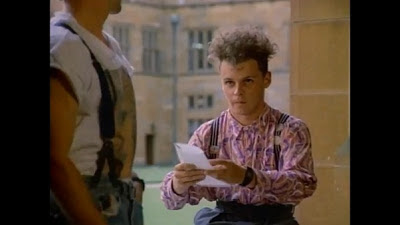 As the day goes on, the three guys make friends with two women-Ziggy (Sandie Lillingston) and Kathryn (Kathryn* Walker), both of whom have a crush on David and Jack, respectively

*Really, movie? Well that must've been a stretch!

Jack, however, is continuously victimised by Murphy (Stephen Grives), a cop who hates Jack's guts, due to issues he had with Jack's (now deceased) Police Superintendant father. 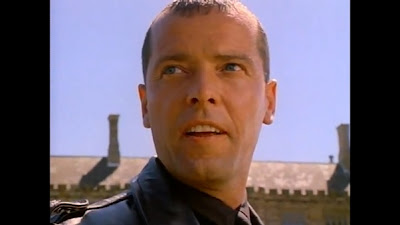 After Murphy moves Jack's car into a No Parking zone, then tickets him for it, Jack has had enough, and he goes to the police station to report him. Just as he arrives, a crazed Murphy, speeding faster than the Millenium Falcon, crashes his squad bike into several others, trashing them.

Murphy is dragged out of the wreckage and brought to his boss. Murphy is suspended (yaheah!), and is told that he'll have to have appointments with a psychiatrist. After an outburst in the locker room, a disturbed Murphy leaves the station.

While Murphy has a breakdown at home, the group go to David's house, where he's trying to prove that he can hack into any security system. David hacks into the nearby Markwell's Department Store, and the disbelieving group want to see for themselves what David's hacking has done to the store. In order to win the bet, David opens the back security door, and the gang head off to look. 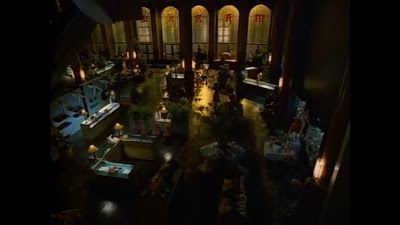 They drive to the department store, and unbeknownst to them, they are followed by Murphy. The security door does open, and they go inside. They traipse around the dark, empty store for a few minutes, and are about to leave when Murphy covertly shuts the security door with the nearby manual override switch, then steals the key. 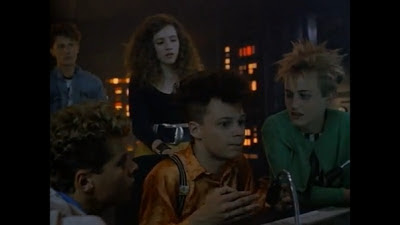 Now that the gang are trapped in the store, they decide to entertain themselves until morning, then pretend to be customers when the store opens. Soon enough, a few weird things happen ('courtesy' of Murphy), like the lift moving up and down, or the lift phone ringing, and no-one being on the line when the group answer it.

Unluckily, Murphy doesn't wait long before getting the full attention of the group, and the psycho cop begins his insane rampage!... 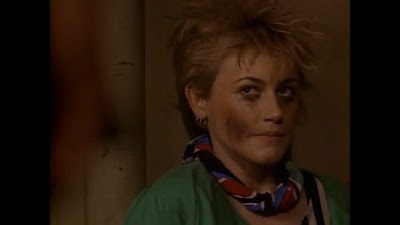 Dangerous Game is like a slasher film without a body count. While not all of the group make it out alive, most of them survive. The film isn't about Murphy sneaking around, picking the gang off one by one, but rather about the gang trying their best to survive against Murphy's onslaught. And it definitely works!

The acting is all very good, with the standout being Stephen Grives as psycho cop Murphy. 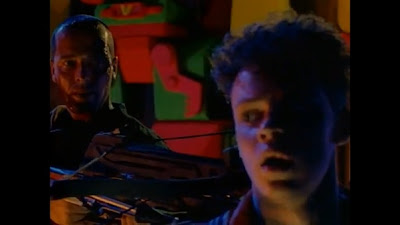 The film does a great job in setting up the character of Murphy. Just twenty minutes in, and we already know more about Murphy that we ever find out about, say, Jason Voorhees, or Michael Myers in a dozen films! That's why I will always prefer these kinds of movie slasher killers!

However, it does get a little silly at times how much damage Murphy can handle, and how tough he is! Not to the extent of Roy the Paramedic in Friday the 13th Part V (who could crush people's skulls with only a belt, and break down doors like they were made of plywood, even though he wasn't really Jason and didn't share his somewhat supernatural prowess), but still pretty ridiculous!

The film's main characters were likeable enought that I was kinda bummed out to see one of them die. Here's how I see it-If I like a slasher film's characters enough that I wish there was a comedy TV show about them, then I'll preferably want them to live* (and if I don't, well then bring on the carnage!).

*The only other slasher film that I feel this way about  thus-far is April Fool's Day. 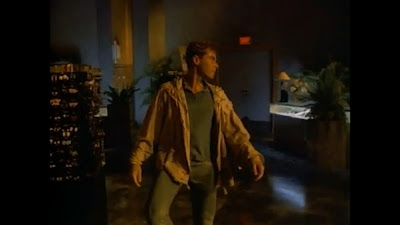 Onto Kathryn, specifically. She did barely anything during the film, but I was pleased with her character by the end, considering her hulking out at Murphy!

As well as Murphy's durability, the other ridiculous thing about the movie is how impossible it is for the characters to get out of a department store! It's just a department store, not a fucking fortress! This place is just as stupidly tough as the apartment building from Demons 2!...Ok, not THAT tough! That was, after all, by far one of the stupidest things from that movie...

Also, I may be wrong, but what the hell kind of department store stocks crossbows and guns?! Either they do, they did (this was the 80's, after all), or this film is just stupid.

The film had one big holy shit moment, and that was during Murphy's breakdown. His tv was on, and playing was...Strike of the Panther! You know, the Aussie Commando-type movie? About Perth-bound karate spy Jason Blade? No?... 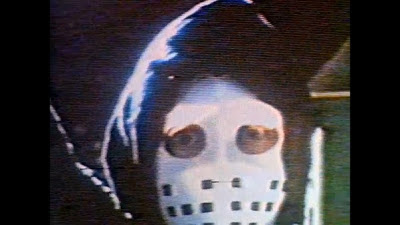 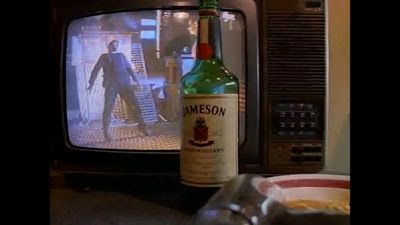 So, to finish, I had a lot of fun with Dangerous Game! I have no idea why it was called Dangerous Game, but it's the first Aussie horror I've reviewed for May Monster Madness that I can wholeheartedly recommend, and didn't piss me off in any way! That's gotta count for something good now, doesn't it!...