Sorry for the wait everyobody, my internet conked out for some reason for several hours, so I couldn't post this until now.

Ah, it only took three movies before I got to an Australian nature-strikes-back movie! Unfortunately, 1978's Long Weekend contains no scenes of wombats punching people in the shin, or koalas dropkicking tourists and violently removing their necks. It's a very different kind of beast than stuff like, say, Food of the Gods, Frogs, Day of the Animals, Slugs, etc. The killer wildlife is largely in the background in Long Weekend, which is almost a good thing, but more of a bad thing...

Also, who wouldn't rather watch a film about killer koalas?! They're already vicious bastards-think how they'll act if exposed to sinister chemicals, or something of that ilk! It'd be awesome! And the movie could also contain the sinister, rarely-seen species-Drop Bears! A terrifying breed of animals that already have a taste for human flesh in real life! What? Why are you staring at me like that?! Drop Bears do exist! We Aussies didn't just make them up to scare tourists! That's ridiculous!


So, Long Weekend starts off with near-estranged and very unhappy couple Peter (Peter Hargreaves) and Marcia (Briony Behets) heading off to a beach to go on a camping.

Soon after carelessly tossing a still-lit cigarette out his car window and into some bush, Peter gets freaked out when he accidentally runs down a kangaroo

The locals strangely tell Peter that they've never heard of any beach nearby, and he leaves with what he bought-a huge box of beer! THAT'S how you can tell that this movie is Australian! Look at how much beer Peter bought for a weekend camping trip! haha! 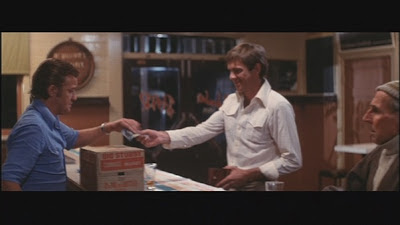 The couple continue driving through the night, but when Marcia sees a familiar landmark (a directional arrow engraved into a tree), she angrily assumes that they've been driving in circles. Peter disagrees though, claiming to have been driving straight ahead the whole drive since the previous arrow. They stop the car and decide to find the beach during the day.

Come morning, the couple arrive at the beach, and set up camp. 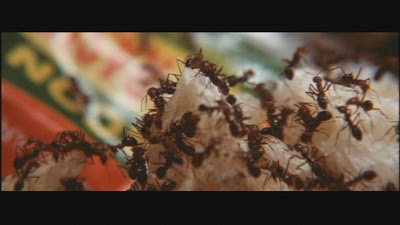 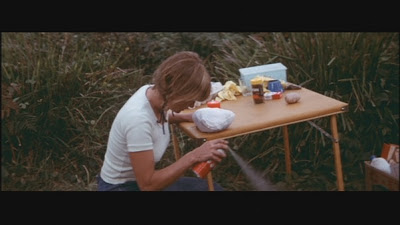 Despite their hostility to each-other during the previous night, the couple seem very loving. That doesn't last long, however. Soon strange things start happening. After Marcia sprays a mass of ants in her way with pesticide, she nearly gets skewered when Peter's spear-gun goes off on its own, despite being on safety, then the frozen chicken they have thawing for lunch goes off way faster than it should've, and later, after Marcia has grown more and more impatient about what she sees as a boring camping trip, a strange wailing is heard on and off, and Peter is attacked by an eagle, which causes Marcia to cruelly break an eagle egg they found.. 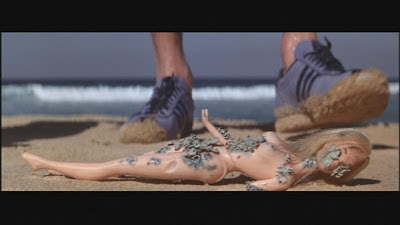 Peter also spots another van a short distance away, but he leaves, and when he comes back to investigate, the van's gone. After a night of being bitten by a possum, Peter now wants to leave as badly as Marcia, but he wants to go to the van on the beach first (severely angering Marcia). When he investigates nearby, all he finds is an abandoned camp. Then, after seeing a wave breaking, Peter sees the top of the van in the ocean. He swims in, and find bodies in the van.

Soon, things gradually get worse and worse for the hostile couple as nature strikes back!... 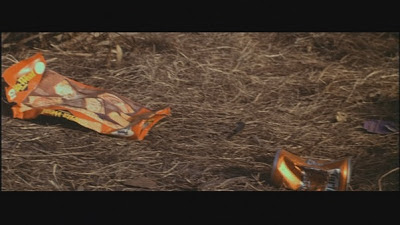 ...Or not, since this movie's climax isn't very good at all!

The crux of Long Weekend is the couple, especially since other than a few minor characters in a bar for a few minutes, the only people in the film at all are Marcia and Peter. So, luckily the acting by John Hargreaves and Briony Behets is very good! The two characters are very toxic to each-other, and also don't give much of a shit about nature. Peter shows enough compassion towards animals to be shaken when he runs one down, and to love his dog, but he doesn't give a damn about tossing lit cigarettes out the car window and into some bush, or about shooting glass bottles up in the ocean. Plus, as well as having a bad habit of using a loaded rifle as a telescope, he likes shooting randomly all around him (sometimes quoting westerns!) like freakin' crazy! Did he bring enough fucking ammo?! He must have brought close to a hundred rounds with him! Dude, you're having a long weekend camping trip with your wife, not liberating a predator camp in Val Verde! 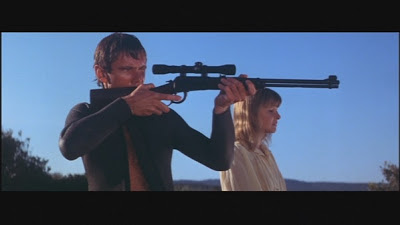 The film's musical scoring is mostly good, but some of it sounds like the composers were torturing guitar strings!

Long Weekend isn't very atmospheric to begin with (in my opinion) as nothing's wrong, minus some locals trying to divert the couple away, and the strange repetition of a directional arrow carved into a tree. As the film goes on, not much happens at all really. I did think the movie dragged at first, but after a while, I got over that, and once it got to the last half-hour, the film really started being eerie! But then the ending came and retroactively ruined everything! There's not much animal action over the course of the film, but since there's not much in the final ten minutes, the movie as a whole started to piss me off! Especially thanks to the finale's other problems! 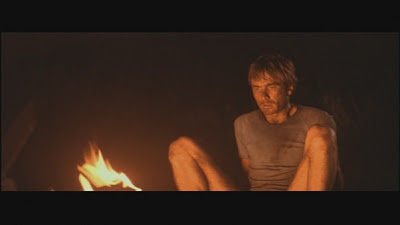 The biggest problem with Long Weekend is that it focuses too much on Marcia and Peter's relationship, and not enough on nature and animals. Animals are barely focused on for a long while, and do almost nothing to the couple for well over an hour! And even then, they don't do much at all!


We never see Marcie die! We see her running away from the car and into the night after a chase with birds, then BAM, we see her body in the scrub come morning! And as if having a character die offscreen wasn't bad enough, Peter's death is way too abrupt! He's mildy pestered by nature, and before anything can happen to him at all, he's hit by a truck. CUE END CREDITS.


I guess I recommend Long Weekend, because, while it has issues, it does have good qualities too. 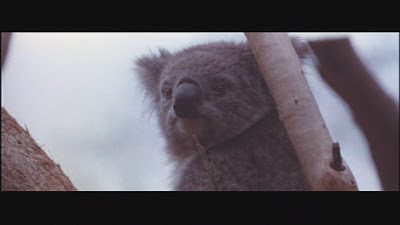 So, as this movie teaches, I think I will pay more respect to nature and all the lovely animals in this country!......Nah, if I see a Huntsman spider in my house, it's deader than Dillinger!...