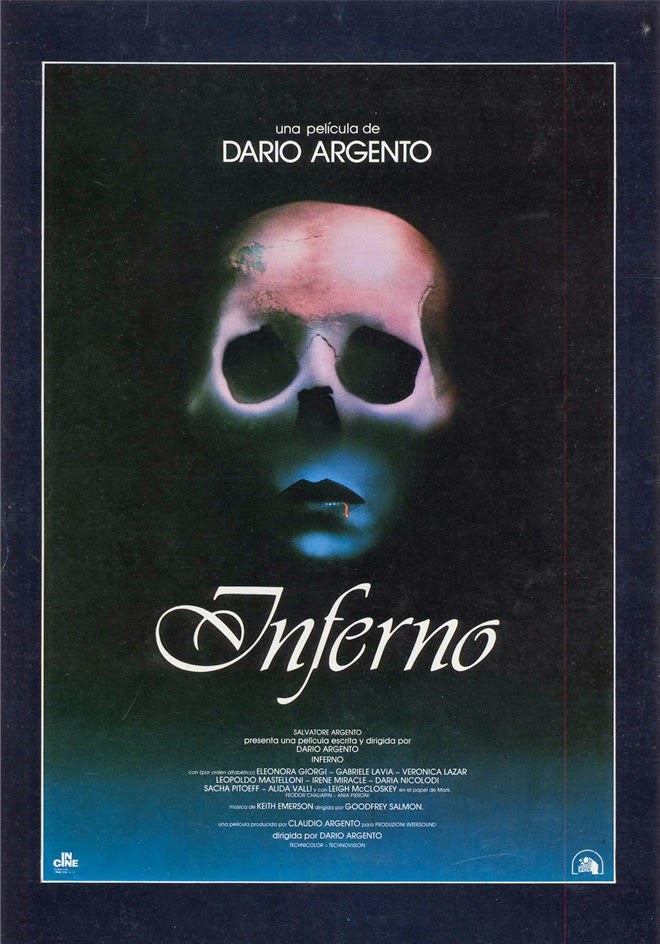 Italian horror legend Dario Argento built himself a big reputation over the years, making some extremely popular movies. One of his most famous is the witch-centric Suspiria, which received a follow-up in 1980. Tonight I'll be looking at the second installment in Argento's Three Mothers duology, Inferno...

In New York, a woman named Rose Elliot is obsessed with finding out about the building she lives in. It's a large garish apartment building, with a history tied to a mysterious old book called The Three Mothers, which tells of a triumvirate of evil witches-Mater Tenebrarum, Mater Lachrymarum, and Mater Suspiriorum. These sisters rule their parts of the world from their lairs of festering decay, and Rose comes to the disturbing realization that her home is the dwelling ground of the cruelest of the three witches-The Mother of Darkness... 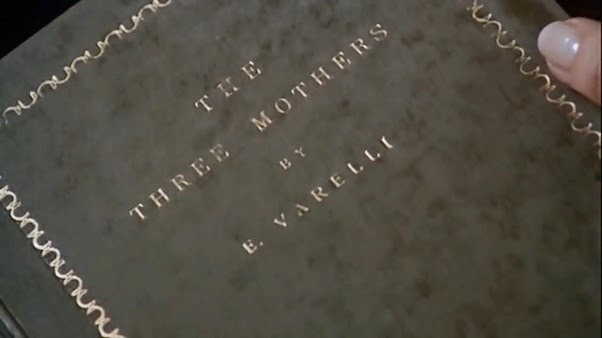 Inferno is a really good movie, but has pretty big issues. It starts off really good, as it has a great atmosphere, and a compelling story. The problem is that the story never advances.

Possibly Inferno's biggest problem is that it can't pick a lead and stick with it! First, it follows Rose, then it cuts to Rome, where Mark is too busy being useless to be the lead, so Sarah takes the reins for a while before getting a knife in the back, and from then on, things continue switching around before settling on Mark. This movie kills off the likeable protagonists, leaving us with Mark! Now, he's not unlikeable, or painful to watch, but is just very, very dense! Throughout the whole movie, he has exactly two notes-"I don't understand" and "Where's my sister?". He's dull, and completely ineffectual. He doesn't even kill the antagonist-A random accident does her in! 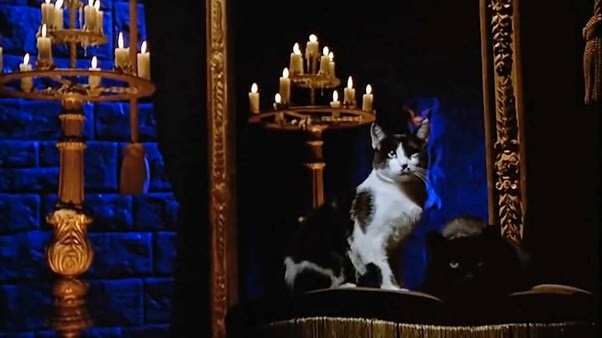 As a sequel to Suspiria, Inferno almost does a good job at expanding the universe, but the lack of plot sinks that potential. Come the end, it feels like the story's only now just starting, then it abruptly ends, just as it was starting to get really interesting!

The ending to Inferno is just plain baffling, but in an almost great way. Mater Tenebrarum's monologue is great stuff, and sounds so cool and stylish! It's just a shame that the movie then decides to instantly end, totally cutting off where the speech was going, resulting in it not making a lick of sense.

Inferno's pace is slow, but effective, although certain parts are just plain boring, such as a really annoying, near 10-minute scene involving a character drowning cats. The scene is interminably long, drawn out, as well as sure to depress animal lovers. Overall, Inferno is a bit too long at nearly two hours. 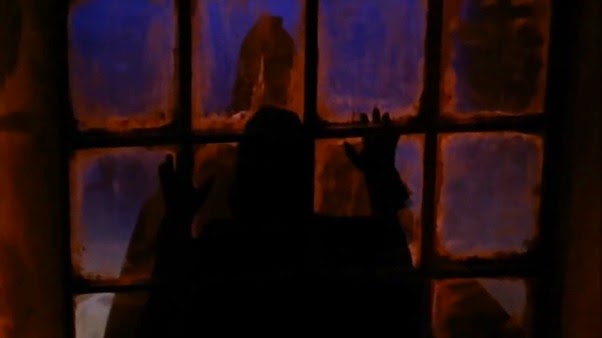 The villain in Inferno is confusing. For a start, who's doing all the killing? The movie never bothers to explain if there's just one killer, or many, and if this is mind control, or what. Some people get pretty annoyed that Mater Tenebrarum never kills anyone herself in the movie, but I don't see it that way. It's more in the nature of the Mother of Death to orchestrate the act, rather than commit it herself.

One part of the movie that really fails concerning its antagonist is the ending, where Mater Tenebrarum does nothing to prevent the fire in her house, for no reason, even though I assume she could, and this results in her death!

The death scenes in Inferno are mixed. They're not all that gory, but the real issue is how many are stabbings. Thankfully there is at least some variety. Onto other effects, they're mixed too. The house burning down at the end looks fantastic, but the figure of Death that Mater Tenebrarum turns into leaves a lot to be desired! It's a really fake rubber skeleton! 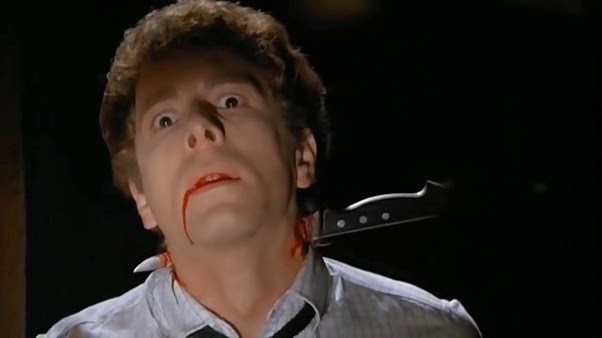 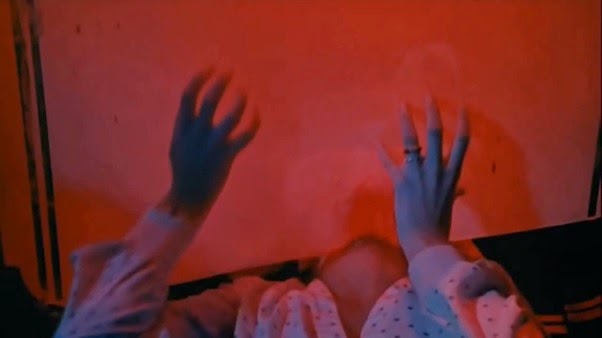 Inferno's direction is great, for the most part, which is very surprising, given Argento was in a debilitating condition thanks to Hepatitis as he made the movie. Some scenes he couldn't do though, so it fell upon genre legend Mario Bava to direct, such as the underwater scene at the start. The direction in this movie is stylish, framed very well, and the only problem I have with it is one scene where a character pricks their finger on a car door, which is rather clumsily edited.

Believe it or not, I don't actually like the awash colours in either Suspiria or Inferno. They certainly look stylish, but I just can't get past how out-of-place they feel. Where in the name of he underworld is all this bloody blue and red lighting coming from?! Is all New York and Rome lit like this? Why is it even like this in cabs?

The acting in Inferno is quite good! While some performances don't impress much (namely Leigh McCloskey as Mark), while the actress who plays Mater Tenebrarum is fantastic in her brief role. On that note, I wonder if that's really her voice in English at the end, or dubbing. If it's the latter, I wonder how good a job she does in the original Italian. 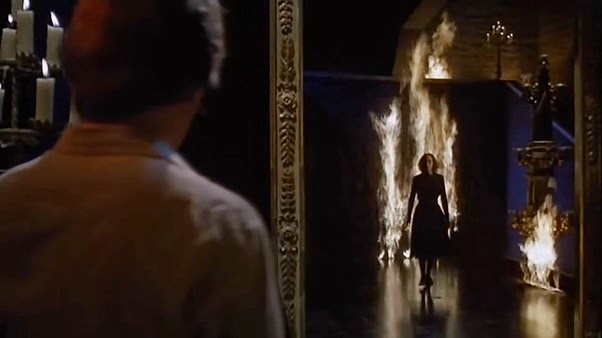 Finally, let's talk about the score. It too is mixed. There are a friggin' lot of mixed things about this movie! The score is very varied, with soft piano music, to more eerie tunes, and a bombastic Latin chanting choir, which completely ill-fits the movie's tone, and starts playing really abruptly when it occurs. I don't think it fits Inferno's tone all that well due to how over-the-top the piece is, but it sounds awesome regardless.

Despite its negative qualities, Inferno is a very good horror film, and I highly recommend it!...
Posted by Chris Hewson at 7:53 AM