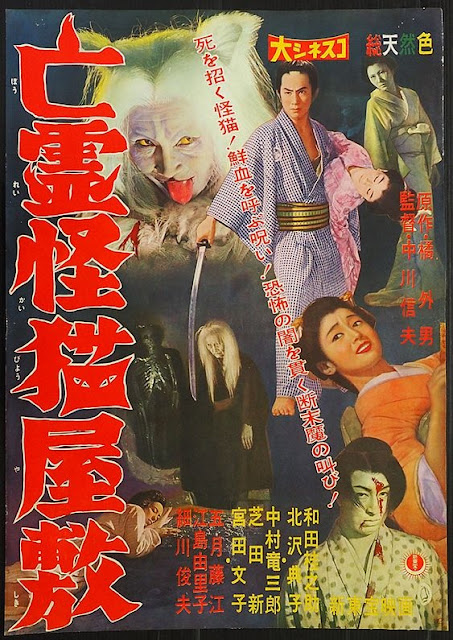 Doctor Kuzumi and his ailing wife Yoriko are moving to the small and quiet village of Kyushu, to help with her health. They move into a centuries-old house, and Yoriko sees many unexplainable things, from people who appear and disappear, to footprints that go nowhere. Her husband is skeptical, but soon enough the haunting becomes violent, and the vengeful ghost of an old woman tries strangling Yoriko repeatedly. Dr. Kuzumi and Yoriko's brother seek the local priest to find out what happened at this house in the past...

Ghost Cat Mansion is a nicely spooky little horror film. It's not great, and there are probably more intense scares to be found elsewhere in Japanese cinema, but I still quite enjoyed this. It shows a very good understanding of the horror genre, in part due to its direction and staging, and the themes it covers. 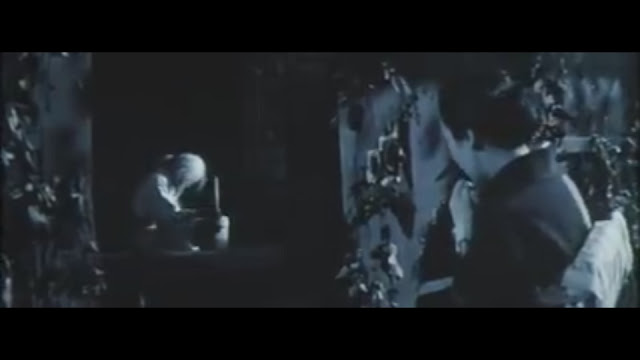 One oddity regarding the structure is that it's technically a flashback within a flashback! This sounds stupid, self indulgent, and confusing, but it's no such thing here. I think it's because the framing story is just the lead sitting in his hospital listening to nearby footsteps and basically going 'Man, sounds in the night sure can be creepy, like this experience I once had...' and the rest of the movie (bar the final minute) is set back then. So never fear, we don't jump constantly between 1958, 1952, and hundreds of years in the past every 5 minutes. However, I feel that the story jumps around too little. Once the flashback to Feudal Japan starts, we don't leave it until the final 7 minutes of the film. I wish there was a little more time given to Story A,  because it doesn't end up feeling complete. There's not even enough time for a satisfying climax and conclusion. It all happens very quickly, and a little too easily, feeling a little unclear. Also, perhaps because the Story B was such a relentless downer (a fact we know throughout all its runtime), the present day's ending is amusingly sunny and upbeat!

Story B is decent, moving along at a good pace, feeling relatively comfortable telling its shorter story within its constraints. The plot starts out simple enough, but then gets a bit overcomplicated for its own good, and is further marred by a silly death scene. The cat ghost in all its glory looks pretty laughable too, but if that's what they look like in Japanese folklore, I won't complain. There's a possibility this section may explain and show too much for viewers who like things more of a mystery.

The characters are a good mix of likeable and loathsome. While the story is a downbeat foregone conclusion for pretty much everyone, we at least see the evil Lord Shogen get his comeuppance. The guy's almost unbelievable as the hair-trigger temper guy who tries to cheat at literally every move when playing Go, and murders his teacher for electing not to continue such a game, or to let Shogen win. Due to those transgressions and more, he's quite deserving of a thorough haunting by a ghost cat, don't you think?

The ghostly lady has a bit more depth to her in this part of the movie than she does in the present, which makes sense I suppose, since all her real enemies are long since dead by that point, and she's just running on centuries old hate, basically on autopilot.  It's a shame she never learns that Shogen's son Shinnojo is actually a decent person, undeserving of her curse, although even without that interference, his dad's machinations still would've screwed him over even if she hadn't.

The cast in the present day are serviceable. Yoriko is the one who sees the haunting, but is consistently told by her husband that she's clearly seeing things. Thankfully her brother is more endearing and actually believes her, even taking the husband to see the priest, winning him over.

The performances here are all pretty good, if sometimes over the top.

The cinematography Ghost Cat Mansion is superb, with well-framed shots that are effectively creepy. The scenes set in the past are less good though, because of their very set-bound nature. They feel a bit like watching a stage play. It improves as it goes on though, with one great death scene done in silhouette. Perhaps the most interesting thing about this movie's appearance is the colour shift between the two stories! I'll say no more... 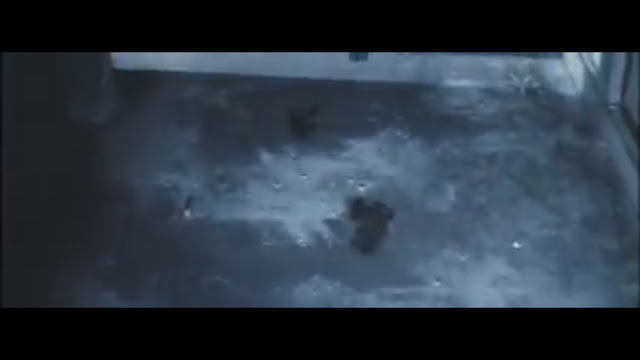 This movie's effects are pretty decent, if quite visibly low-budget at times. The ghostly Kokingo and spirit cat lady look well-realised, even if the latter might elicit more laughs than scares. Finally, I'm glad the crew didn't get a black cat for the film. It's nice to see some equal opportunity representation of mystical and/or evil felines in cinema.

One final thing to note. The title does conjure up to mind something different than what the movie delivers though. I was expecting a mansion full of spectral kitty cats roaming the hallways, when instead we just get a regular ghostly old woman in the present, and the single cat woman in the past. Not really a disappointment, since the movie technically never promised more than that, but still, I wanted a manor house full of ghost cats!

Ghost Cat Mansion may not be perfect, but it's a worthwhile watch if you're into the old-fashioned horror movies that were more likely to have unexplained creaking, doors opening by themselves, and other such frights as opposed to more gory setpieces...
Posted by Chris Hewson at 7:23 PM