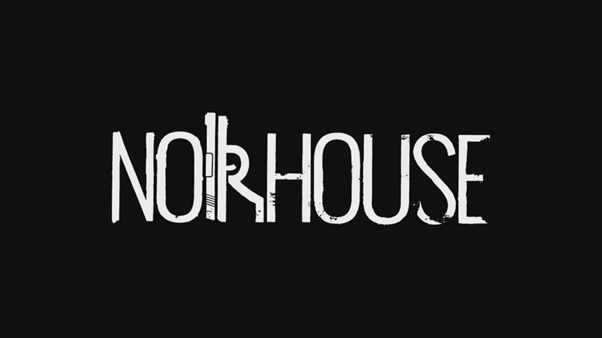 Noir parodies can be tough to pull off. One runs the risk of making the finished product annoyingly self-referential if they handle it poorly.

The idealistic detective 'Dick', seductive and duplicitous Nadia, and violently psychotic yet level-headed Ivan the Russian all live together in their sharehouse, but face difficulties when applying for a new roommate, who turns out to be trouble, and is murdered. In the midst of trying to dispose of the body, the three are beset by more problems, such as the presence of the killer, and a looming conspiracy... 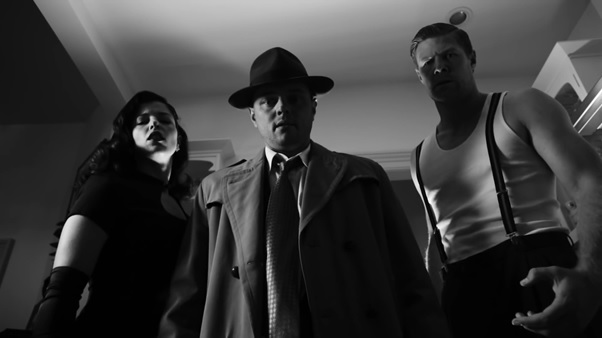 Noirhouse is a sort-of webseries (I think it was on TV too?), running at about 5 to 7 minutes per episode, and made up of two seasons.

At first, I found this series to be not that great. I actually dig the concept of cliche noir characters who are involved in a typical hard-boiled case, yet are still overly concerned with sharehouse rules and bickering, but it feels like the story is caught between this approach, and wanting to be a noir parody proper, with a proper crime to investigate and everything. I guess the short length makes this more of a problem, since it's over in only 17 minutes. The plot doesn't make a whole lot of sense, such as certain surprise reveals only being done for cliffhangers, and not actually meaning anything. I liked how it all wrapped up though, and the ending is pretty funny. 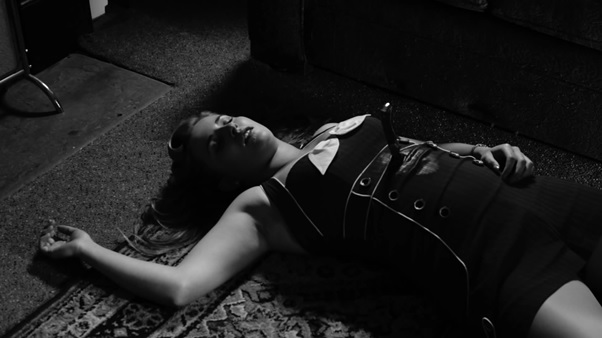 I enjoyed Season 2 a lot more, as it focuses more on a legitimate plot. Still somewhat farcical of course, but it's better than just a thin excuse for hit-and-miss gags. Not all the humour in this season landed with me, but more than enough did, and I enjoyed myself a lot. The plot is a bit hamstrung by it rarely leaving the confines of the main living room though. There's also a retcon that totally screws up Season 1's plot, very nearly irreparably. Still, it leads to a funny ending. And come the end, there are enough loose ends to possibly allow for more episodes, if that ever happens.

There are little effects in Noirhouse. A bit of what there is is practically done, but there's some not-so-good computer effects too, like some unconvincing CGI blood in one episode, which feels out of place in a noir parody. What's worse is that the actor doesn't move convincingly to match up with his wound. 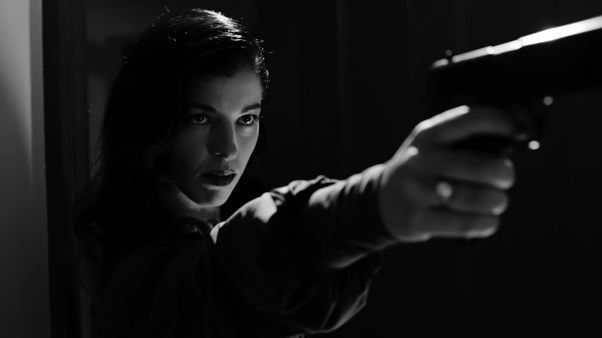 The acting here is quite good. It feels a bit off at first what with the show's over-the-top direction, and exaggerated performances, but everyone soon finds a good balance, and they do great jobs with their characters. The put-on American accents by the leads also aren't half-bad either, and while they sometimes slip, this is the kind of program where that's probably not that big a deal, being a silly parody after all.

Another positive to Noirhouse is the direction. It's framed very well, with a few shots looking very stylish. Finally, some of the episode titles (such as Spare Doom for Rent, No Point Dying Over Spilt Milk, The Long Miss Goodnight, etc) quite amused me. 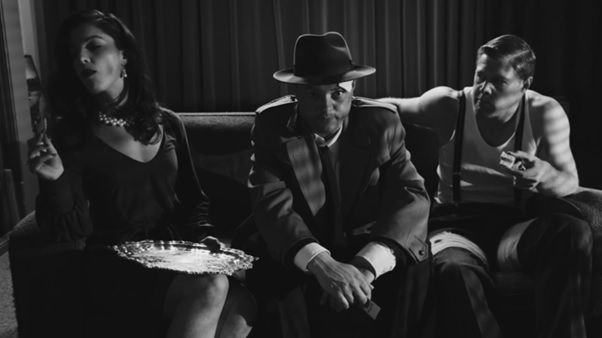 Not yet having a DVD release as far as I know, Noirhouse is available to watch on its Youtube channel, complete with a few bonus videos too, some done in a Q&A fashion while others are brief word definitions, and they're a hoot! While I found the series a bit shaky at first, it found its footing soon, and I recommend watching it.
Posted by Chris Hewson at 8:35 PM