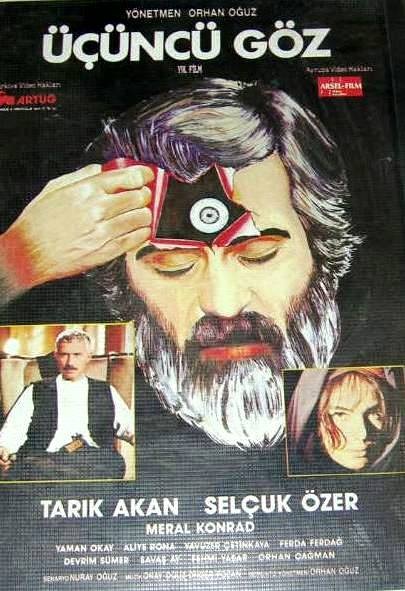 I've seen dozens of Turkish films at this stage, from various genres, but until recently I'd still yet to see any arthouse ones. By complete happenstance, I stumbled upon Üçüncü Göz, aka The Third Eye, which seemed to fit in with that description!...

Tunç is a lonely middle-aged man, eking out a meagre existence in the small town where he lives. He tries his best to help people, but is perpetually unhappy, especially when it comes to the story he's trying to write. About a homeless woman in an isolated village trying to find a new home for her baby, Tunç struggles for inspiration, occasionally being struck with further ideas, but losing track again just as quickly. Life gradually becomes more difficult psychologically, until he has a bizarre encounter... 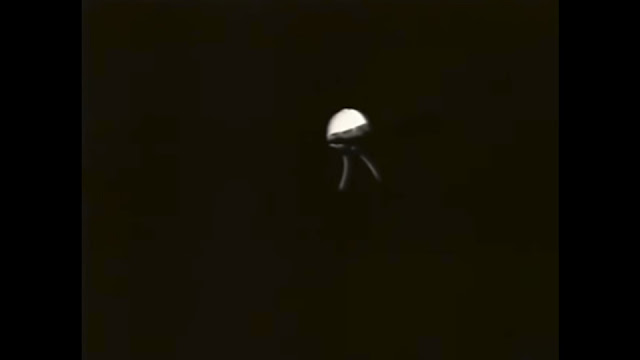 Üçüncü Göz is a strange film. Database entries online describe one of its genres as Fantasy, but as I watched it, that seemed very far from what I was witnessing. This was just a simple story of a small-town guy's day-to-day life and the depression he faces, interspersed with glimpses of a story he's writing. The movie was weird to me precisely because of how not weird it was...Then we get to the more fantastical moments, if you can call them that!

After a particularly bad attack, wherein I wasn't sure if the lead was being sucked into his fictional world, or just suffering from a stomach ulcer, a comatose naked man is teleported into his living room. This is a low-budget film, so of course we don't actually see this. There's just no-one there, Tunç looks away, and when the camera pans back, look, there's suddenly a mystery man on the carpet. Like magic! Upon waking, the man suddenly appears in clothes and a gun, and the proceeding 40 minutes of the movie are a ranting monologue delivered by Tunç to this mystery man (pausing every now and then to sleep on his typewriter, or consider answering his phone). No other locations from this point on, not even in the fictional 'world'. They're gone, without any resolution (unless that last one was meant to be the end, but it didn't scream finality to me, so I couldn't be sure). The ending itself didn't really impress me. If this is all meant to be taking place in Tunç's head, then it feels pointless and depressing. If it's all real, then I have no idea what to make of what I see, and it also feels a bit pointless and depressing. 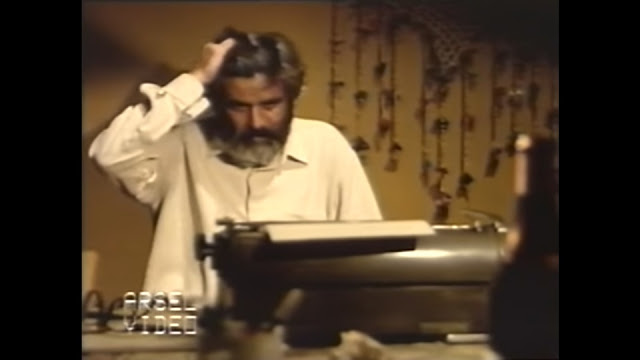 Overall, I wasn't really impressed with Üçüncü Göz, and never felt it came together properly. It feels like one thing for too long, so by the time the movie started becoming more abstract, it was far too late. I also didn't find the lead's journey interesting enough to sustain a whole film, not because it isn't potentially compelling, but because we just don't see as much of it as we could have. Most of what we see is him struggling with writer's block, and feeling depressed that he can't write, and that's pretty much it. As for the fictional interludes, I'm not quite sure how they're meant to relate to the story as a whole. There doesn't seem to be a connection between them and either Tunç's life or the mystery man who shows up. I also have no idea how the title comes into things. Throughout the movie Tunç does a 'third eye' gesture with his hands, but that's it.

One last note however is that I only half speak Turkish so far, and saw this unsubtitled. There's not that much dialogue here, and what little there is (barring the long monologue at the end) is either clear, or stuff I actually understood. So while I'm reasonably sure of everything I've said in this review, I"m just bringing this up in-case a line of dialogue I didn't understand explained everything.

The direction by Orhan Oğuz is fine, looking really good in some places, with great cinematography, taking full advantage of the decaying setting. Also, if I'm not reading too much into it, the lengthy opening shot in a train tunnel could be visually representative of the titular concept!

The acting here seems really good! I made a joke while watching that this was probably Tarik Akan's attempt at an 'oscar bait' style film, but I was half serious. He's genuinely really good here, in a role far removed from the romantic-comedies of his younger days that I'm more familiar with. 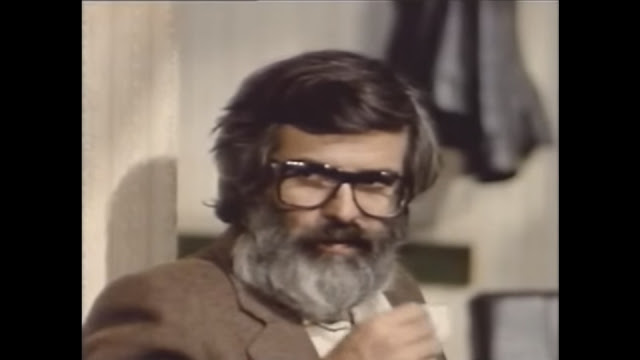 On another note related to the lead performer, normally I wouldn't comment on how old an actor's looking, but he is only 39 years old here! What the heck happened?! Are beards really that effective at aging people up? A similar thing happened with George Lazenby, who looked youthful before and after Universal Soldier (not that one), but not during, when he had a full-on hippie look, with beard, long hair, and sideburns.

In some spots, there's little music here, with the film instead going for a more minimalistic approach soundwise. The music we do get is good. Kinda jazzy in sound, but unrelentingly depressing to listen to when you hear it for too long! Well, that's the Blues for you... 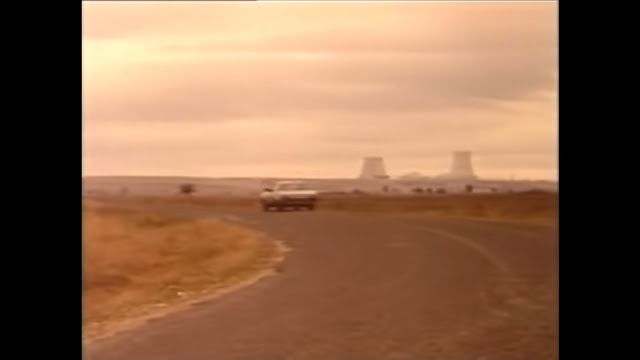 Given the low budget here, this is very light on effects, and that's perhaps one of the reasons this felt more like a 'magical realist' movie for the longest time rather than outright fantasy. There is one moment in the climax that really surprised me though! Think Lucio Fulci meets W. Somerset Maugham!

Üçüncü Göz is a somewhat interesting odyssey, but I otherwise don't really recommend it. Perhaps a good film to see cliff-notes of though!...
Posted by Chris Hewson at 1:04 AM