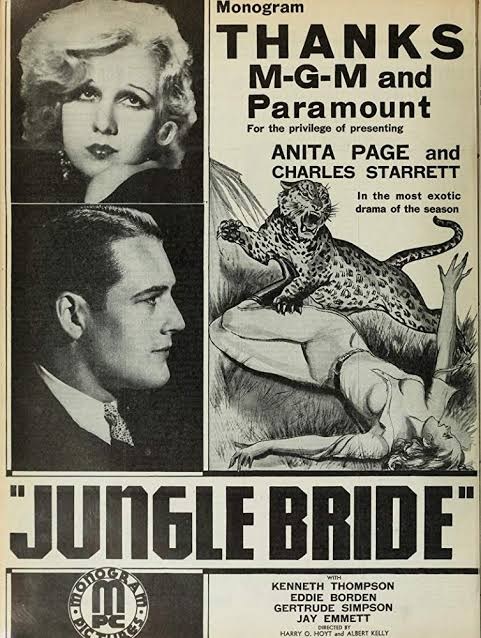 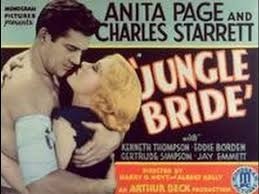 Doris Evans is on a cruise ship with her journalist fiancee John Franklin. Together they're hounding the man believed to have murdered a gangster and left her brother to take the blame for it. This man, Gordon Wayne, has another story, which neither of those two are willing to hear, but he's made a good pal in amateur showman Eddie. One night, the boat is suddenly capsized, and the four are cast away on their lifeboat to the shores of Africa. There's hostility at first, but Doris gradually becomes more comfortable with her previously unwanted company, soon realising after Gordon saves her from a lion that he's not a vicious/ruthless killer after all... 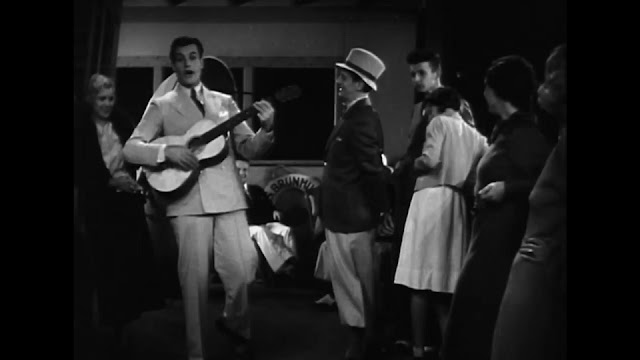 Jungle Bride starts off pretty amusingly, with a dash of intrigue, before suddenly turning into Titanic! From here on the movie is good, but a little too staid. The characters never really make much of an effort to go exploring, and instead just stay   It's like the script was written for characters stuck on a deserted island, but was changed sometime during production to Africa, which has the effect of making you wonder why the characters just don't trek for the couple of miles that'll no doubt take them to a populated city, like Johannesburg or something.

There are some neat scenes as we progress, and though they don't quite give the movie enough oomph for it to be great, they're still certainly engaging. The ending is pretty abrupt, and leaves a fair bit unsaid. It's decent as far as getting across the bare minimum goes, but is otherwise a tad unsatisfying. The 'Fin' title card at the end however is very well designed! 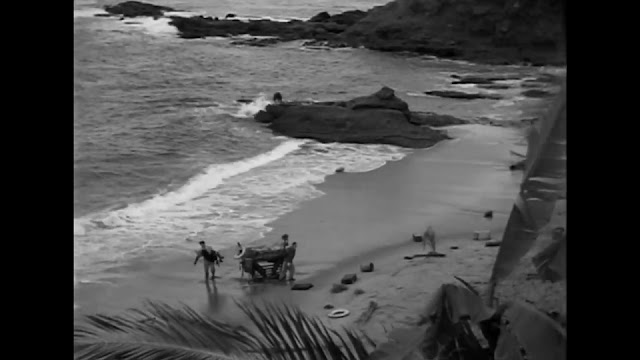 The characters are a fine bunch to be shipwrecked with for the duration of a motion picture, with plenty to them. Doris begins as a woman determined to get revenge for a perceived crime, only to gradually soften after life in their new home. I feel the romance develops well. Even though Doris doesn't know for sure what really happened yet, her newfound love for Gordon either overcomes that, or allowed her to understand the truth instinctively. Gordon is enigmatic at first, and becomes a heroic figure once we realise the truth, though I feel he's a bit gutless in the end, with how he doesn't tell Doris the truth about her brother, with her coincidentally hearing a report on the radio confirming his absolute guilt. Given he got into a brawl with his best friend over the matter of telling her the truth, I feel he should've been the one to tell her. 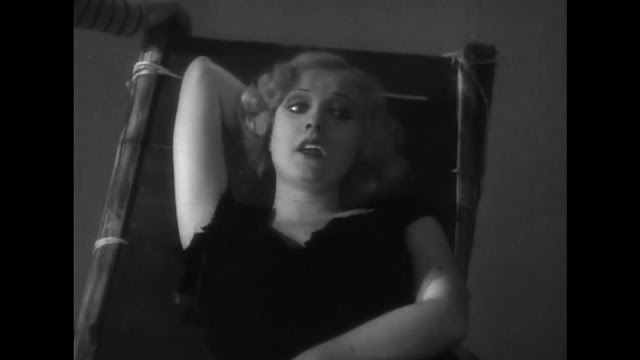 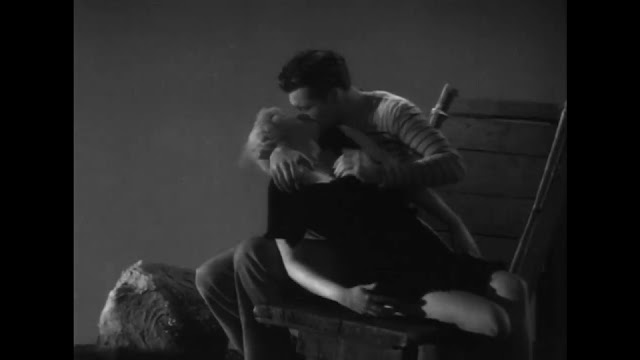 John makes for a believable antagonist. I like how his overly macho 'alpha male' posturing basically turns him into a law enforcer  It's reflective of his forceful and arrogant personality, I think, how he immediately tries to settle into a dominant position when given the opportunity and power. Lastly, Eddie is a bit weird at first, but he's pretty endearing, even getting a few effectively dramatic moments.

The acting is fine all round. Anita Page in particular looks like a silent film star. On that note, I wonder where she's getting her make-up from. Desert Island Cosmetics Ltd.? Charles Starrett does a good job with his character, leaving the audience unsure as to what the truth really is, with it becoming apparent to the audience through his actions first rather than any exposition, as well as other non-verbal moments. Eddie Borden proves/shows himself to be more than just comic relief. Kenneth Thomson is likable enough to begin with, then undergoes a well-executed/handled transformation into a real asshole after the lion fight. 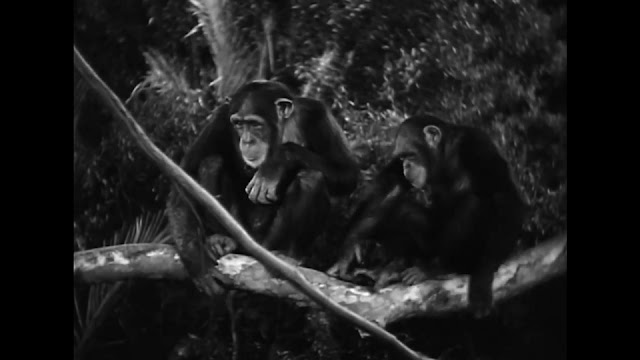 There's interesting direction in more than a few places, such as the funeral pyre ship, and the fight interspersed with the signalling to a boat near the end. The location work is great, always looking convincing. The presence of local African animals also feels authentic, and you can plainly tell little to no stock footage was used, even if it does sound like the monkey noises are guys offscreen going ''Unh, unh'. Lastly, I don't know how these guys managed to make a friggin' hut as good as the one they've got, but it loos really fancy! I wouldn't mind staying there myself.

The score is quite nice, with a few good songs  one tune almost sounds like that famous Hawaiian guy's version of Somewhere Over the Rainbow. A coincidence of course, as this film predates even The Wizard of Oz by nearly 10 years. 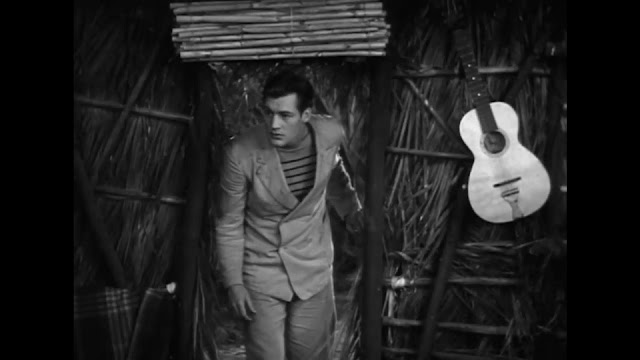 Perhaps better titled Beach Bride, or Island Bride (and even that's putting it too strongly, given they never even explore that much land!), Jungle Bride is a decent watch, and while it's not the best Hollywood film to make use of Africa's landscape, it's not awful at all, and worth checking out.
Posted by Chris Hewson at 5:48 AM