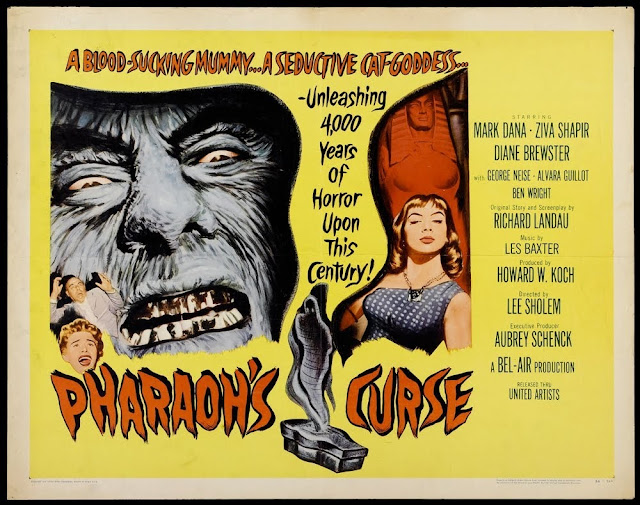 Out in the deserts of Egypt, an unauthorised expedition has set out to find the resting place of the Pharaoh Rahoteb, led by the unscrupulous Robert Quentin. Wishing to keep an eye on him and get him back if possible, the British military assign Captain Storm and two soldiers to go find the professor. The Captain and his men are accompanied by Quentin's wife Sylvia, who soon begins to take a liking to Storm. Along the way,the group come across the mysterious Egyptian woman Simira, who warns them of great danger at the digsite, and insists they follow her shortcut. The suspicious team refuses, but when strange things begin to befall them, they follow the woman's advice. Have they arrived at the tomb to late though to stop whatever evil may be unleashed?... 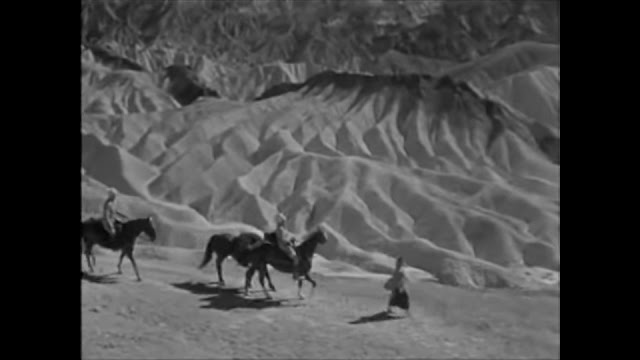 Pharaoh's Curse starts out as quite an interesting little horror film. It makes good use of its Egyptian setting, and the time period it's set in, taking place during a time of great native unrest to the colonial British. I also feel the movie does a great job at showing off the line between archaeology and desecration. A good mystery is built up, and you look forward to the gradual reveals. 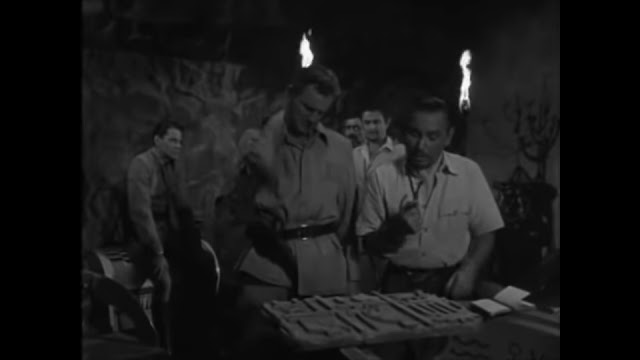 The characters are alright. Captain Storm is pretty milquetoast, but he's a likeable enough hero, and he has a bit of chemistry with Sylvia. On that note, what really impressed me about this film was the depth of her characterisation with her husband Robert! In films such as these, the husband who's in the way of the love story either gets killed, finds another woman, or turns out to be evil, but here we actually get quite an in-depth examination of why their relationship isn't working out. The actors really sell the feeling of a couple who have since lost all chemistry they once had.

Simira is genuinely enigmatic, and comes across as less cliched than I thought she would on first glance. Unfortunately this is the start of the movie's problems. She gets far too little to do! Most of her fleeting screentime is spent standing around silently, doing nothing. Even in the end where her actions apparently save the day (it's hard to tell since it all takes place offscreen, with no explanation), it felt like Leonard Nimoy's last scene in that Simpsons monorail episode 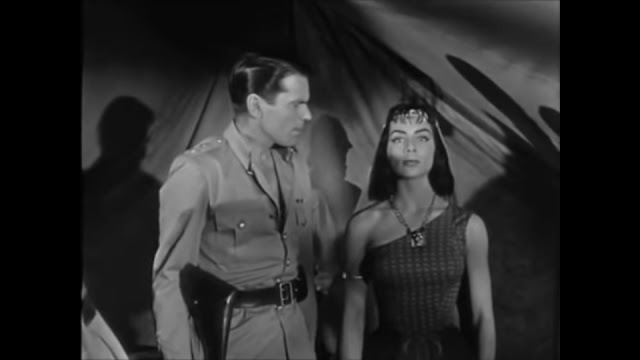 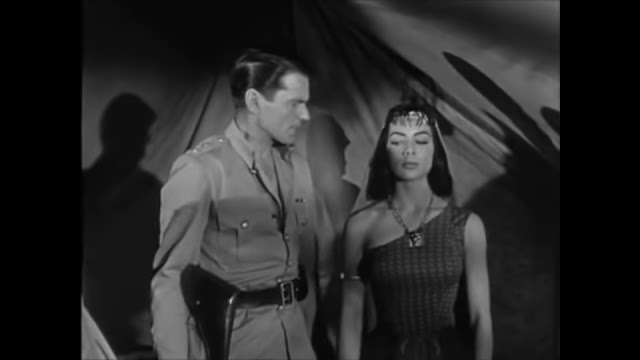 There are perhaps a few too many supporting characters. I liked the two comic relief soldiers with the Captain, but I lost track of all of Quentin's expedition, who all seemed to be somewhat silly cannon fodder. With that in mind, it's a shame some of them survive whereas not all of Storm's men make it out ok.

Despite starting off strong, the movie loses steam in the last act. Too little happens, mainly due to Simira getting so little to do, nor any other characters for that matter, with the majority of dialogue being commands and exclamations rather than any interesting character interaction. All of this culminates in a pretty unsatisfying ending. I wasn't even sure what happened! Just that the heroes make it out ok, despite not really having done anything to save the day that I could tell. 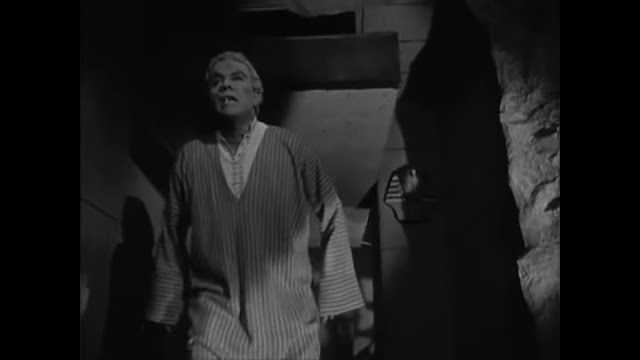 The movie looks good. The locations and landscapes are convincingly Egyptian, regardless of where they may have actually been filmed at, and the sets look fine, even if a little too clean at times to look properly ancient. The mummy however is a mixed bag. Some elements are quite good, like Numar's first changes, and the severed arm, but the mummy itself doesn't impress, looking like a confused old man who's wandered in from a retirement home. He doesn't look like he could go for more than two feet without breaking a hip let alone suck the blood of the living!

The music sounds decent and ominous at times, with some tracks creeping up on you, and building a good sense of tension. 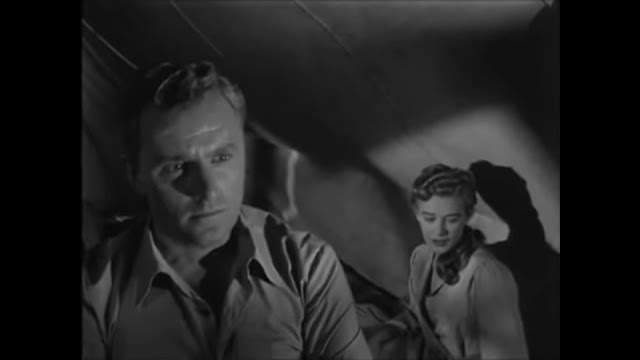 Pharaoh's Curse is an interesting movie, but it could've been better, certainly. With a few extra scenes to liven up its story, and more for the cast to do, it could've been one of the better mummy horror films. As it stands though, it's still a good enough example of the genre...
Posted by Chris Hewson at 6:24 AM