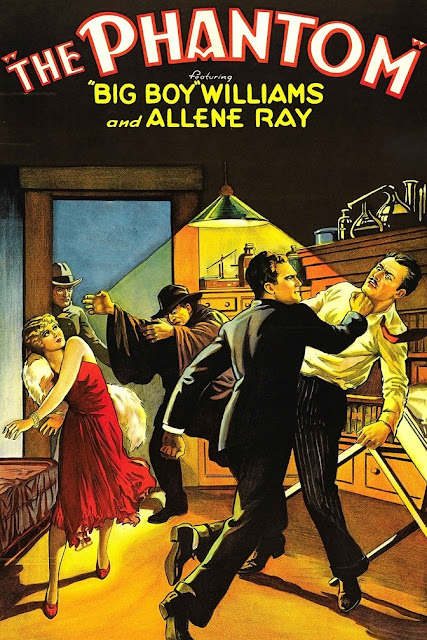 The terrifying crimelord known as The Phantom has conducted a daring jailbreak on the eve of his execution, and he has his eyes set on revenge. He sends an ominous note to the District Attorney responsible for sending him up the river, who's given round-the-clock police protection, along with his daughter Ruth, whose journalist fiancee Dick has also come along to investigate the Phantom's sinister promise. What could he want? And what does he have to do with the sinister Doctor Welden at the creepy old sanitarium?...(Nothing. He has nothing to do with him, I tell you!) 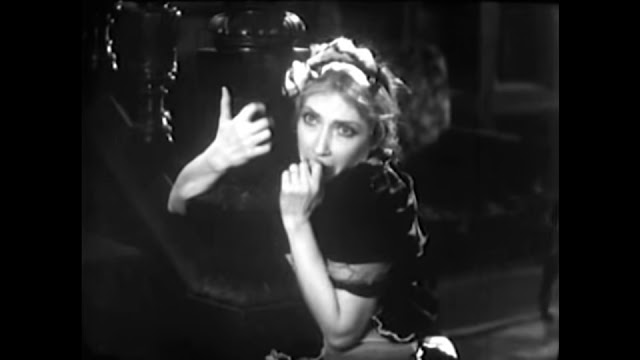 What in the name of the Socialist Republic of Yugoslavia did I just watch?!

I had read a few things about 1931's The Phantom before I watched it, which described it as a 'comedy chiller', or 'one of the looniest films of the horror-comedy cycle'. Now that I've seen it, I can tell you that it's neither chilling nor funny for the most part, but if there's one word that could describe this film in a nutshell, it's weird! It's not weird in a straightforward way, like a detective film starring a unicorn private eye with a chip on his shoulder solving the mystery of unpaid parking tickets that rewind time, but is instead weird in the sense of how mundane and uninteresting it all seems for the longest time, before suddenly veering into a bizarre plot about mad doctors, deranged freaks, and human brain transplant.

The Phantom starts out pretty normal, with a plot concerning a devious master criminal known as The Phantom escaping prison just before his execution in order to get revenge on the people he blames for his capture. So far, so good. Then he makes a mysterious proposition with the District Attorney, which we're not privvy to. The plot thickens! Because we didn't hear this straight out the gate, it must be important! This meeting is interrupted by the arrival of the police, and the Phantom flees...And is literally never seen again! 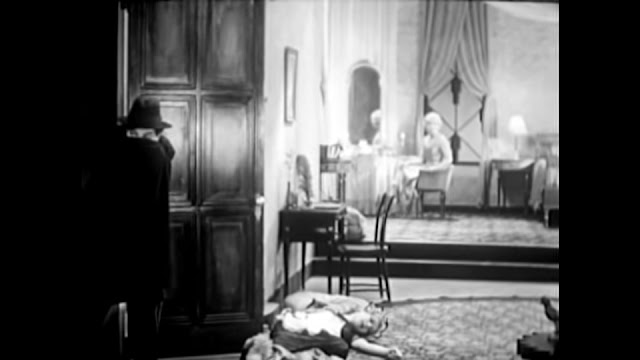 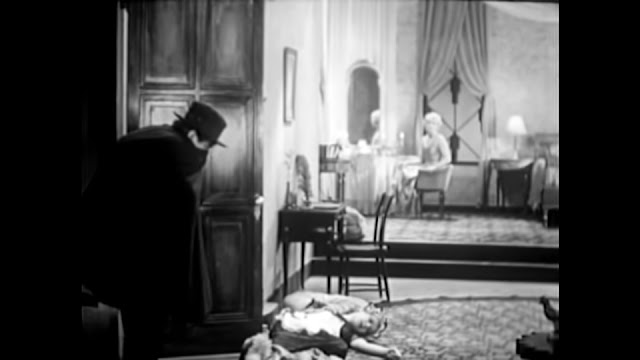 The first 23 minutes of the film are devoted to building up this escaped convict after revenge story, but after he leaves the meeting at the 21 minute point, the story suddenly shifts gears into this completely different insane asylum story. Making things weirder is that the characters frequently refer to the Phantom as if he's still present and playing an integral role in events, even though he's clearly not.

The asylum portion of the story doesn't make much sense. If this doctor was forced to go on the run after a (murdered) dead body was discovered on his property, how come he's still running an insane asylum packed with patients? If this place is still full of patients that suggests it's still operational, so why is it so run-down and abandoned-looking? Did it officially shut down, but nobody ever noticed that it was still filled with howling loonies?

The characters are largely negative, but with some high points. The two leads are wholly unremarkable, and often disappear into the background. Despite his spooky name and fearsome reputation, The Phantom is just a garden variety mobster, and since he vanishes, there's nothing of note from him. The DA is likewise set up to be important, before becoming largely irrelevant.

The sanitarium villains are interesting, though underdeveloped. The doctor is typically mad. We never find out who the mystery 'thing' in the fancy clothes is, nor what he was doing in the Hampton household to begin with when he took a fancy to Ruth. The Dutch or Swedish inmate/servant Oscar is also a little confusing as a character in that at first he seems like he's gonna be one of the baddies, but...isn't? He's almost helpful to the heroes in a way. 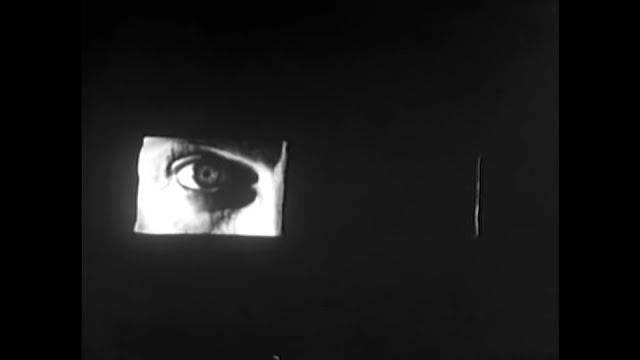 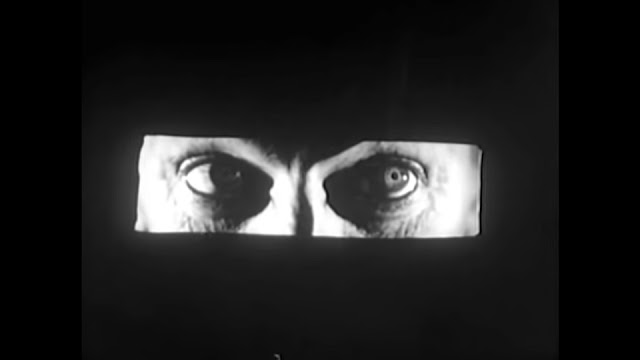 The most distinguished characters are the family servants Lucy and Shorty, who are both equally hysterical scaredy cats. They get the lion's share of the screentime, and while they can sometimes get grating, they're by far more entertaining than the two heroes, and get some funny moments.

Lastly, one character that got a surprising amount of depth was Ruth and Dick's boss, who's in love with her, but finds it isn't reciprocated, and he concedes graciously and helps the two young lovers rather than being vindictive and vengeful. I thought for sure he'd end up being the villain and try to split the two apart, but nope!...But then in the final act...Nothing happens. There seemed to be a few suspicious glances, but otherwise he's totally innocent of any wrongdoing, and is always honest. Because his acceptance of Ruth and Dick's romance isn't a ploy, it aids in fleshing out his character to an interesting degree for a silly little horror film from this time.

The acting is pretty bad. Some performances are better than others, but a lot of them don't impress, namely the screechy Janet Gaynor-like voice of leading lady Allene Ray.

Another off-putting thing about The Phantom is the complete lack of a score! Not even any background or incidental music! It's really quiet, and makes the dull scenes drag out even further.

The best thing by far about this movie is the cinematography, which is beautiful! Say what you will about the movie itself, but the direction cannot be faulted! Just a shame it wasn't for a better movie. 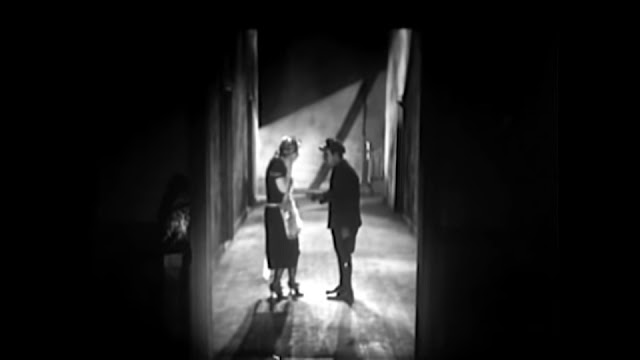 The Phantom is a truly bizarre little film, equal parts boring, annoying, and unsatisfying. I guess I'd recommend it for the visuals, but really I screengrabbed some of the best moments in this very review, so you probably needn't go further than this very post. Still, if you're in the mood for something truly strange, you certainly couldn't go wrong with this!...
Posted by Chris Hewson at 5:49 AM