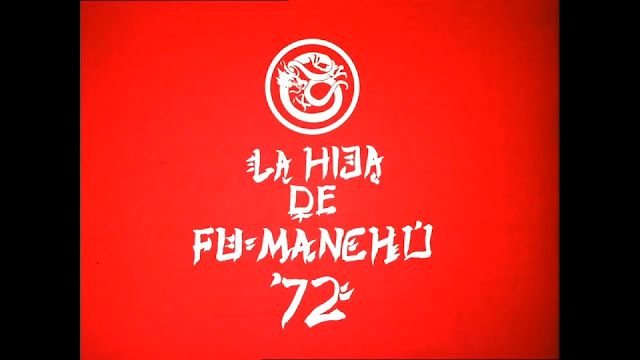 Spanish actor Paul Naschy was a latter day veteran of horror. Inspired by all the multi-faceted and multi-faced icons of the genre such as Boris Karloff, Christopher Lee, Bela Lugosi, and the Lon Chaney's, he carved himself out a considerable career in his home country. He managed to play all the classic monsters, from a Wolf Man (more than twelve times, in fact!), Dracula, Frankenstein, a Mummy, Dr. Jekyll and Mr. Hyde, and even a few distinctive characters of his own.

18 years after the dreaded Fu Manchu was seemingly stopped for good by the noble hero of Scotland Yard, Sir Nayland Smith, his daughter returns to wreak trouble for her old enemies... 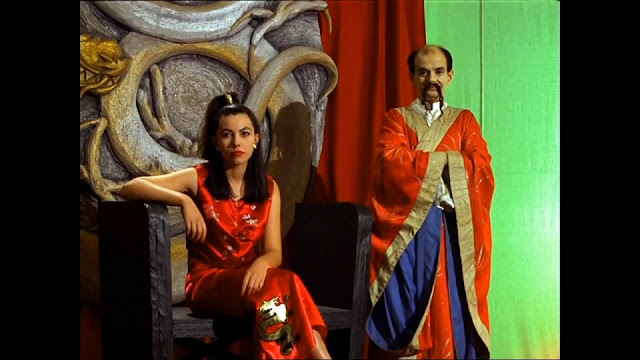 A short film for a Spanish comedy TV series, I think, La Hija de Fu Manchu is quite a fun watch to begin with! The biggest problem right out of the gate though is the fact that the titular antagonist barely appears. I kept waiting for him to show up again, lurking in the shadows as he watches the arcane tortures of his prey, but nope! He's actually dead I guess (except he's not?). Really, the fact that the movie's name is The Daughter of Fu Manchu probably should have tipped me off.

The film is a good mix between parody and homage. It pokes fun at the old films and plays everything with a silly tone, but never in a mean way, and you can tell the people behind the camera really cared for the source material. The humour works most of the time, getting a few laughs, such as during a torture scene where the interrogator has to tear away the heroine's already ridiculously skimpy outfit.

Some moments are more farcical, while others are played pretty straight, such as the portrayal of Fu Manchu himself, who wouldn't be out of place in a proper entry! One moment that didn't feel as fitting though was the torture scene. It certainly could've been funny, but what spoils it is the bloody (literally) effects, making it seem a little too brutal for you to feel like a lighthearted chuckle. Really, that whole scene could've been cut down by half, since the movie's only 19 minutes long, and almost a third of it is devoted to Fu Manchu's daughter victimising this lady with various means.

Unfortunately the ending left me unsatisfied. Not much really happens and it's kinda anticlimactic, and what we get is a 'comedically' subversive ending that I'm not quite sure I understood. It's rather quite unpleasant and depressing, really. 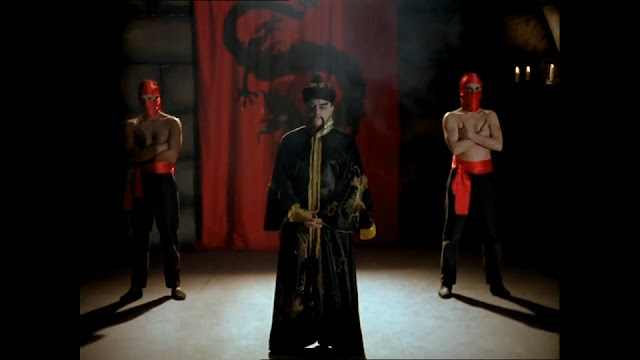 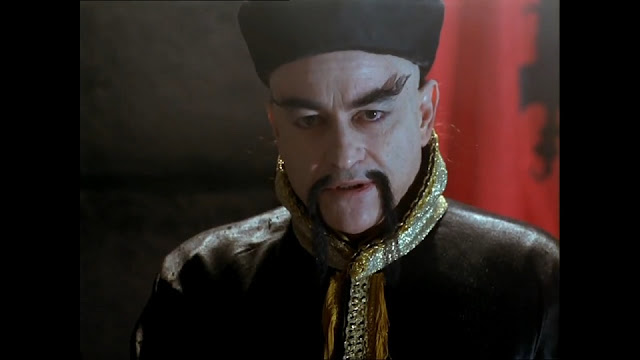 La Hija de Fu Manchu is strange at times. It's relatively light on dialogue (so not speaking Español is no excuse to give this a miss!), has dreamy music, and a weird psychedelic dream involving filtered stock images of Bruce Lee. This has the effect of making you feel like you're watching a student grade arthouse film at times.

The acting here is pretty exaggerated, with reaction times being intentionally either too slow or unnaturally fast. Some play it straight though, namely Paul Naschy himself, who does a fine job, despite appearing so fleetingly. The actress playing his daughter does an alright job too. Not so much so that I'd rather see a Fu Manchu feature with her at the helm rather than Naschy, but ok.

The sets and effects are all convincing and convincingly reminiscent of old pulp films. Because this is trying to imitate the effects of older films, it actually manages to look very good for a no doubt low budget TV short! The best effect has got to be the miniature for Fu Manchu's castle. It's obviously a miniature, but it's a good one! 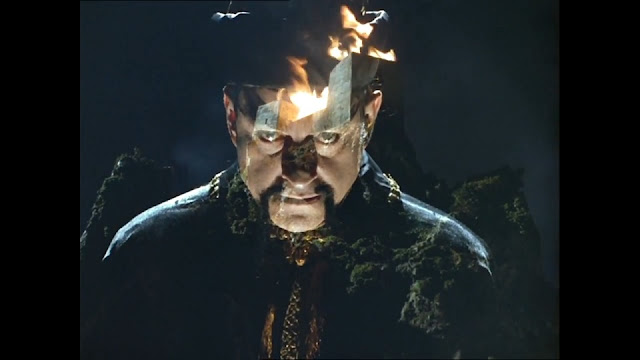 Overall, La Hija de Fu Manchu isn't great, but it's certainly an interesting curio, and if nothing else it allowed Paul Naschy the chance to cross off another horror icon off the list!...
Posted by Chris Hewson at 1:54 AM