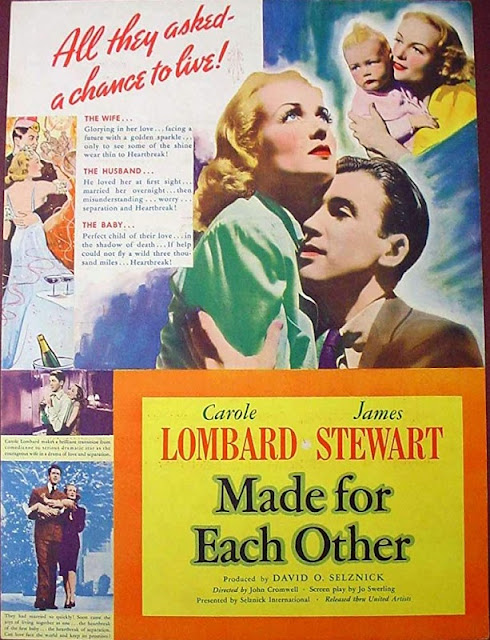 Newlyweds Johnny and Jane have gotten married only days after meeting, much to the surprise of his friends and family. They're about to embark on their honeymoon cruise when Johnny is called back into work to complete a court case. Since he's eying a promotion to junior partner at his law firm, Johnny reluctantly takes charge of the case, but it's all for naught as a less talented coworker gets the position thanks to nepotism. Time passes, and eventually the couple have a baby, but life is hard for them, with the Great Depression tightening their belts, and Johnny's position in life not really changing. Things come to a head when their baby comes down with pneumonia during a blizzard, and desperately needs a serum only available on the other side of the country... 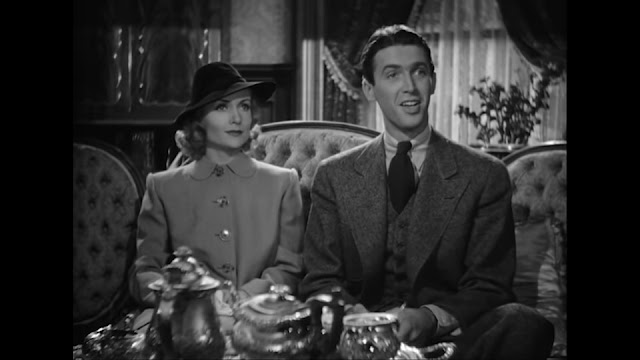 Made for Each Other is a pretty stellar example of 1930s drama, and Hollywood in general. When you watch it, you really get a sense of how great these older actors were, and why they're still fondly remembered! Does this mean I found the film to be perfect though? Oh god no!

The big problem I had with Made for Each Other is that it feels like two different movies in one. More specifically it feels like the first half of one movie, and the second half of another. It starts out as a typical 1930s screwball comedy, with a well defined cast, plot, and tone. You expect to see the couple being torn between fiiinally going on their honeymoon cruise, and completing Johnny's important new case before he gets fired. Then things suddenly take a turn for the more dramatic, and time starts passing quite considerably, with the two now having a baby! This time jump kinda effects the main conceit of the movie, of the blossoming romance between two people who've only known each-other for a few days, and also torpedoes any kind of character for Eunice, or even so much as dialogue. 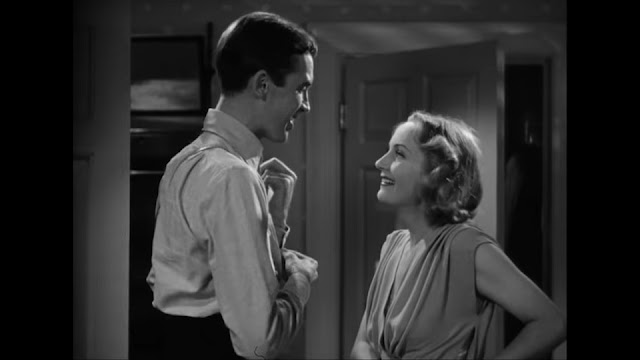 The drama begins to ramp up after the non-promotion. It gets a little depressing, honestly! For every little victory there is in Johnny's life, something gets in the way and ruins it, and isn't solved for months, meaning these poor people are wallowing around in misery for simply ages before getting any respite. This never lets up until the final minutes, and the film never goes back to being a comedy, which is a shame, as it was funny early on!

As for how the drama is handled, it's really good. You feel for these people! Something the film accomplishes really well is the oppressive feel of the Great Depression. It's so well portrayed that you feel your wallet is a bit tight too, like the Depression's only just happened two days ago, and not 80+ years!

The characters here are well written. Despite only having me days before their wedding, Johnny and Jane never have any problems with each-other, and not a moment goes by when you don't doubt these people deeply love one another. 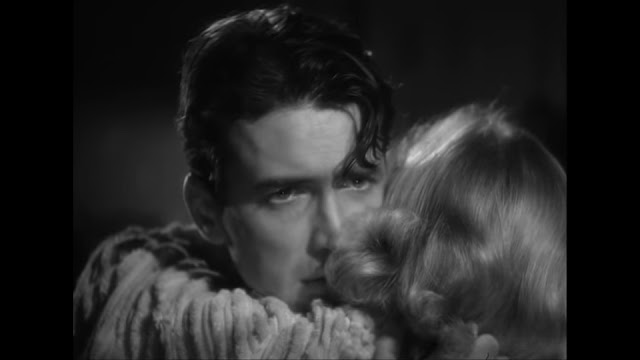 The mother on the other hand is just as annoying as Mrs. Stevens from Bewitched. She's such a negative, passive aggressive, ultra critical bitch that it's genuinely hard to watch. To give an example, she'll intentionally aggravate people by constantly harping on something, then act all innocent when they dare complain, then try and shift the blame on them, and act like a poor defenseless lamb being persecuted. By the end I was hoping she'd die of pneumonia! She does redeem herself somewhat in the final 20 minutes though.

On the other end of the spectrum, Judge Doolitle might be a touch abrasive, and nigh impossible to deal with, but he does come across as a good boss most of the time, and feels human and likeable in places.

One thing I feel is really effective is Doollitle's deafness. It really hammers home just how impossibly difficult Johnny's life is, and the sheer insurmountable odds the couple faces, with Doolittle's stubborn ear being a perfect visual representation of all these troubles.

Lily the maid is a nice presence, adding a sweet charm to her scenes. Another character I really liked is the pilot in the climax. He's only onscreen for a few minutes, and you expect the one who undertakes the mercy run to be the seasoned and mature veteran, but no, instead it's the goofy comic relief guy who takes his life into his hands to fly the serum to New York! Very impressive! 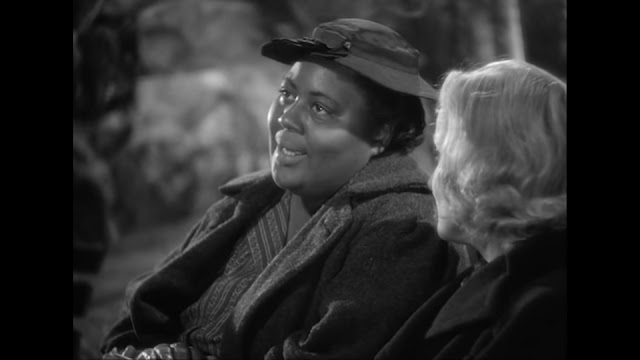 The actors in Made for Each Other do fantastic jobs, and really allow the title to come true! Carole Lombard is fantastic, really nailing purely visual moments, such as the look of admiration she gives when Johnny decides to stick with his honeymoon. Jimmy Stewart is equally great, although a little glum for much of the second half. It kinda brings you down, with how good he is at playing sad! Charles Coburn is fine at the obstinate boss, and Lucile Watson does too good a job at playing unlikeable, though she 's far more palatable in her later scenes

Despite her small role, Louise Beavers' part isn't stereotypical at all, which isn't surprising given what I've read about her. She may have gotten pigeonholed in serving roles but she made the most of it, often doing such a good job that even typically un-inclusive mainstream media publications took attention of her. 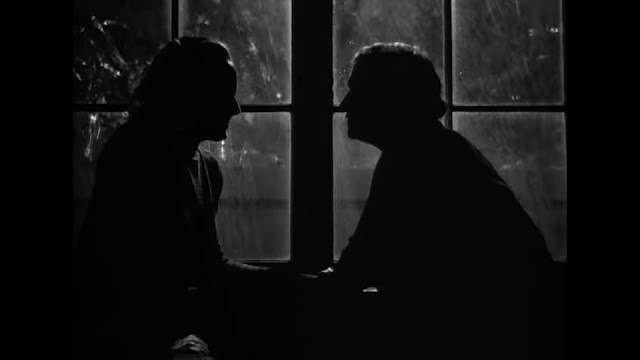 There's some inspired direction here, with well thought out shots, including one from below a staircase, and one scene filmed entirely in silhouette.

Made for Each Other is a very good movie, though one I'd recommend you be aware of its tonal shift before you start. That may well make the movie feel less abrupt if you know what's coming. As far as classic Hollywood goes, in both filmmaking and acting, this is great stuff!...
Posted by Chris Hewson at 6:55 AM