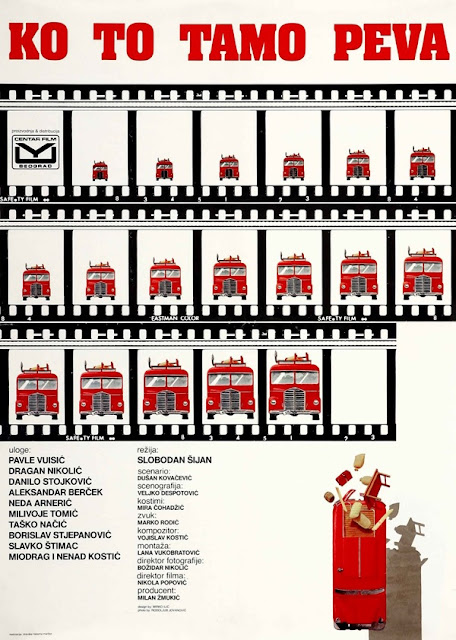 On the 5th of April 1941, the eve of the German invasion of Yugoslavia, a collection of varied and often at-odds people end up stuck together on a long bus trip from the country to Belgrade. Along the bumpy ride they come across many trials and have plenty of misadventures, all while hoping they get to Belgrade before the day is out... 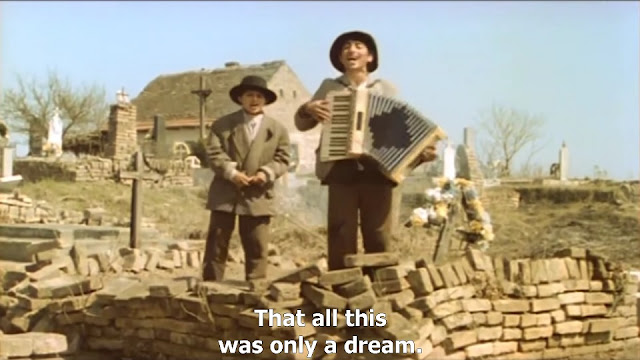 Who's Singing Over There ('Ko to tamo peva' in its mother tongue) is an interesting comedy courtesy of Serbia (then Yugoslavia). Isolated to a single bus for a lot of the running time, the movie is devoted entirely to the antics of its cast. Never boring or ill-paced, this is very funny, and utilises its concept well. It feels in a way like a microcosm of the people of Serbia, with all their quirks, similarities and differences, and failings present, often colliding with each-other like a chemical reaction.

There are about a dozen characters to keep track of in your head here. It may seem overwhelming at first, but since the movie is set in this confined space with pretty much just these guys, you memorise them all eventually, aided by the distinctive and quirky personalities they all exhibit. While we never learn the names of a lot of them, their personalities shine through and make you recognise them straight away. There's the dishonest busdriver and his simple son, the constantly late hunter, The fancy singer with his eyes on any woman in the area, the naive and travelstruck newlywed and her lustful and blissfully unobservant husband, the hypocritical and nazi sympathising businessman, the perpetually downbeat hypochondriac, and many more.

Each of them gets their chance to shine, such as Miško's blindfolded bus drive, the hunter's explosive mishaps, the 'roll in the hay' the young lovers partake in and their pervy audience (leading to one of the film's funniest lines), and many more. A lot of the dialogue here is golden, and very quotable, having become popular staples among Serbian people! 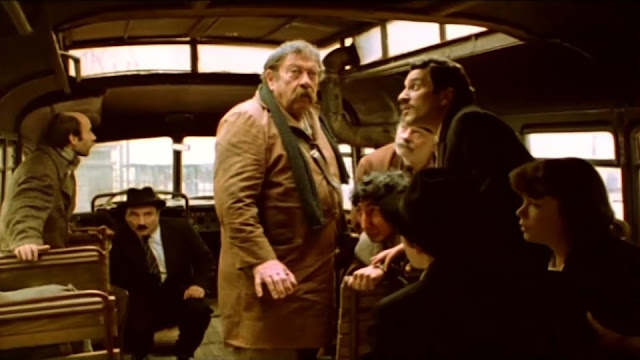 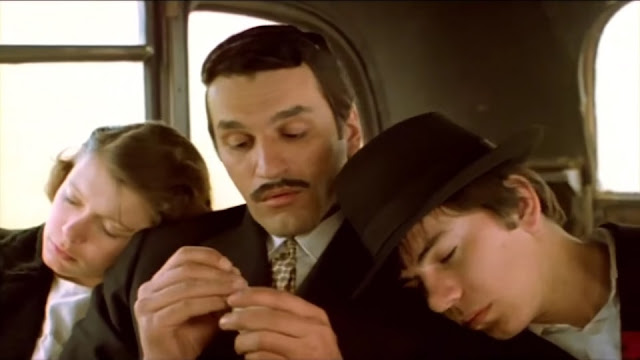 As the film progresses, there are many setpieces and amusing confrontations, with the group never getting a moment's rest even when simply trying to sit down and have lunch or fix a tire. They can never just follow the main path to Belgrade either, because there's always something in the way, like a cosmic practical joke. Military checkpoints, irate farmers, and broken down bridges are some of the things opposing these folk from reaching their destination

Even in its darker moments, Who's Singing Over There is never overtaken with depression, keeping a fun tone all the way through. When it begins to feel truly confronting is in the ending, showing the danger of stereotypes and hostility. 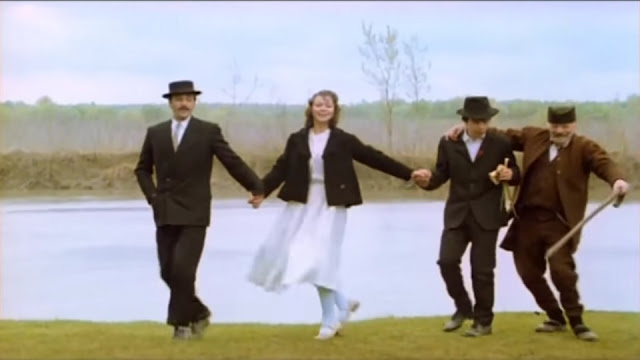 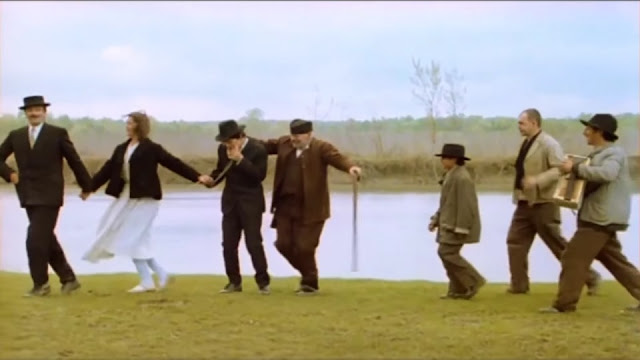 Filmed on location in the countryside, there are many nice bits of scenery to look at! The desolate surroundings give the movie a definite ambience, and you really feel like you're in the middle of nowhere, and just like the passengers on the bus, you feel every single mile of the journey alongside them.

The actors here all do good jobs, with not one of them feeling forgettable. Quite impressive given the number of them! Even minor characters really pop out from the screen.

My complaints with the movie are minimal. My biggest would have to be with the score. It's mostly very good, with its boing boing percussions, almost spaghetti western style tune, and of course the Gypsy songs that act like a Greek chorus of lamentation. The only issue I have is that the western bits are sometimes a bit piercing. 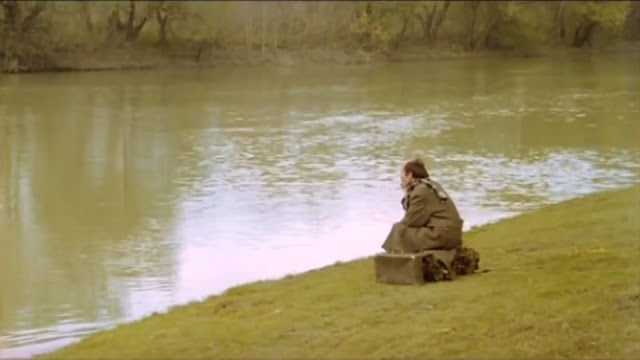 Still popular in Serbia even to this day, Who's Singing Over There is a fine example of their cinema, showing the great promise the Yugoslavian people have for film! I recommend it if you're interested in foreign pictures, as well as thought-provoking comedies in general...
Posted by Chris Hewson at 5:02 AM