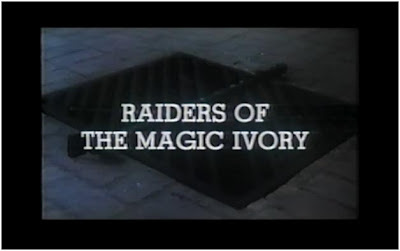 So, I'm back to Italian actionsploitation (complete with Japanese VHS subtitles, which always add to the charm of movies like these!), this time with a Christopher Mitchum movie, Raiders of the Magic Ivory...

After opening credits over a dull, minute-and-a-half static shot of a grate, with only the sound of clinking chains-no opening music or anything!-the movie starts off at a jail. Mercenary, Mark (Chris Ahrens) breaks Rogers [nicknamed Sugar] (Christopher Mitchum) out of the jail, and the two fight their way out to safety. 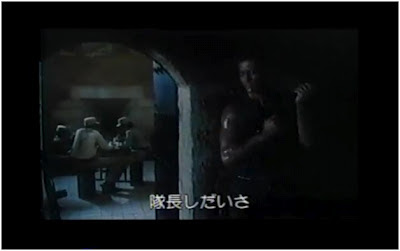 The next day, the two are talking about stuff. It's revealed that Sugar was in the jail because he tried to overthrow the country's government, and that his rescue from his two month stint in the jail was funded and organized by Li Chang, a rich Chinese businessman. Chang calls on the two mercenaries and tells them of the mission he wants them for. He want them to go to Vietnam and get ahold of a certain ivory tablet. He claims that if he doesn't get the tablet before he dies, his family will be cursed. Sugar is reluctant, but Mark convinces him to agree. 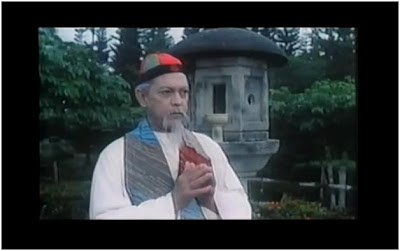 The tablet is located in a region known as 'hell from which no-one returns', where it is in the possession of a religious sect. The duo are sent into Vietnam along with Tau, one of Chang's bodyguards, and they trek through the country's forest until they come across a boatman. The three need to get to the other side of the river, and they pay their way across. When they get to the other side, they are ambushed by Vietnamese soldiers. Mark and Sugar fight, but are betrayed by Tau.

Mark and Sugar are tied up and beaten, but when the Vietnamese colonel tries to question them, he and his men are all gunned down by Tau. He only sold Park and Sugar out so they wouldn't all die in a gunfight. 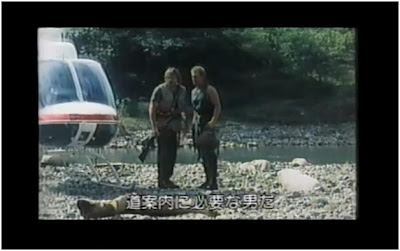 After another gun battle, the trio venture into the 'hell from which no-one returns', which has no life at all-no animals, no birds chirping, no sound at all. They find a boat, with a skeleton onboard. They pull it off, take the boat, and sail deeper into the jungle. Tau tells them about the sect that inhabit 'hell', who are practicians of black magic. All the while, the group are being watched by a masked phantom... 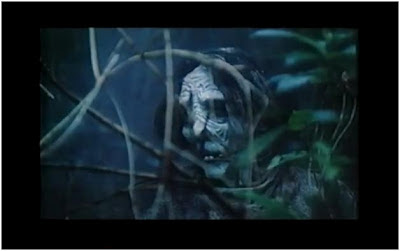 The group eventually find a mysterious masked person, who they shoot...and he gets back up... After a bunch more shots, the person just walks away...then blows up somehow (um...yeah). A day later of trekking, the trio see a mass of the same masked people, who have a woman with them. They follow the people, leading them into a large cave system. 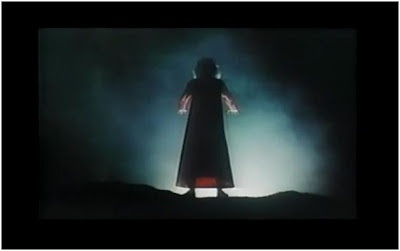 They eventually find a congregation of the 'monks' and their leader, who are about to sacrifice the woman. Mark, Sugar and Tau attack the monks, killing several, and they save the woman. As they try to leave, the sinister head monk summons fire and demon-heads to stop them!...And Sugar just assumes that they're illusions, saying "it's some kind of bullshit, man", and the group just walk straight though them no problem! 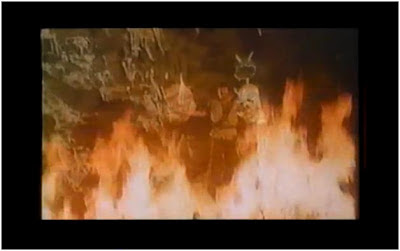 They escape the caves with the sacred ivory, and the woman introduces herself as Meli, last of the keepers of the celestial peace. The group head off to escape the forest, and the monks are hot on their trail. But the monks may not be the biggest problem anymore...

Raiders of the Magic Ivory (or Raiders of the Lost Ivory, as I keep mistakenly calling it!) is one fun movie! It has cool actng, it's full of fun, goofy action, and the best thing about it is the buddy team of Chris Mitchum's Sugar and Chris Ahren's Mark! 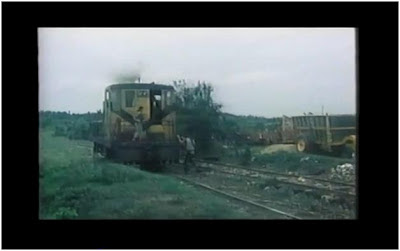 There are only two real problems with the movie. One is the dull-as-hell opening credits, and the second is that the evil head monk guy from the caves is never seen again when the guys leave there. There is what could be seen as a problem, which is how lax the heroes (and Meli) are to everything, but I find that as part of the film's charm!

The actress (and probably dub actress too) who plays Meli does a terrible job, not because she's bad, but because she's never fazed by anything, like, nearly being brutally sacrificed! Her performance doesn't add to the film's charm. 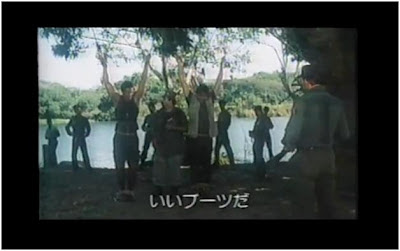 One huge positive the film has is the ending. With a film like this, you'd think that after killing the main villain, the heroes would walk off and the film would immediately end, but no, it doesn't! After they walk away, the film cuts to later, and Raiders of the Magic Ivory gets an actual ending!

The film has heaps of great dialogue, all from Mark and Sugar. I would write some down, but I only just saw the movie, and I can't be bothered to go through it again looking for the fun quotes. They are present though, and they are cool!

So in closing, Magic of the Lost Ivory is a very entertaining movie, and I definitely recommend it!

Park and Sugar-I wouldn't ask for anyone else to be the sacred keepers of the celestial peace!...
Posted by Chris Hewson at 8:26 AM