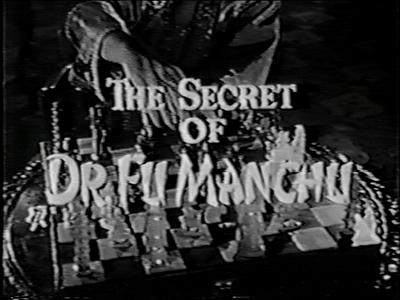 The Secret of Fu Manchu proves itself to be one of the first episodes of Adventures made, as it opens with the same horrible opening voice-over that was in the opening of Prisoner...

The episode opens with a newspaper. The news-a US government guy, Franklin Arnold (John Bryant) has been appointed to the European defense alliance. The ep then cuts to Fu Manchu's lair, where Arnold has been kidnapped and taken to. Fu tells Arnold that he has been abducted because with his position on the European defense alliance, he 'will know the exact position of every man, every gun, every plane' on the defense line, which Fu wants to know before the American government does. Arnold refuses, but Fu blackmails him, saying that he has information on his father proving he was a double agent against America. Arnold doesn't believe Fu, claiming that his father was a patriot, but Fu plays a (hilariously clunky!) tape recording proving his claim. 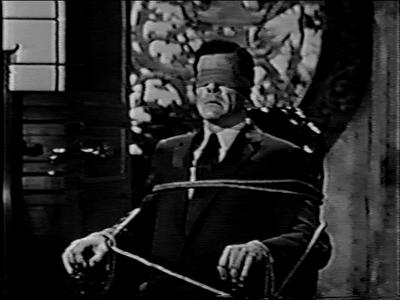 Arnold is drugged and thrown out onto the streets, where he is picked up and examined by Dr. Petrie. Also in the room is Nayland Smith (who was dragged out of bed at midnight, not for the first time-"I'm used to it by now, Mr. Daniels. This isn't the first time the infamous Fu Manchu has disturbed my sleep or cut short my holiday. Of course, I'm always hoping it'll be the last time!"), and a secret agent, Daniels (Stuart Randall), who question Arnold about his father. Arnold mentions how his father was a secret agent back during World War II. Arnold considers resigning, but Smith implores him not to let Fu Manchu win.

Arnold's father was onto something involving Fu Manchu before his convoy was bombed at 'Manila Harbour' (an event Petrie was present at) and his papers and everything were sunk with the ship. Smith suggest going down into the ocean by Manila Harbour to find the papers, hoping they can prove Arnold's father innocent 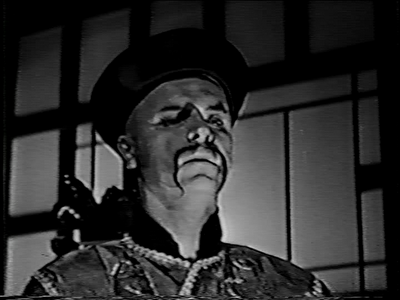 The group decide to perform an undercover salvage operation, and Arnold's disappearance from government is explained by him being ill (which is something that has 'an air of mystery' according to news reporters, who are apparently stupid enough to think it odd for people to be in the best of health before getting sick! HOW DO YOU MORONS STILL HAVE A JOB?!). Smith, Petrie and Arnolds are by an airport, waiting for Betty, who's late, which is making Petrie hilariously sexist! "Women!" Petrie sighs when she's late, and when she arrives, "Oh well it's about time. I suppose you went to the beauty shop, got yourself a manicure and a permanent wave...". Probably the only reason Betty hasn't killed Petrie by now is because she has the most action-packed secreterial job one could ask for!

Just as the group leave for the plane, Arnold is given a paper by a 'certain little person' under the employ of Fu Manchu-Kolb... 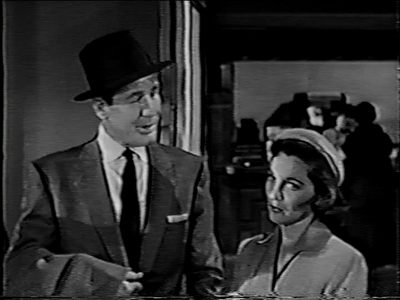 the episode cuts to Fu Manchu, who gloats evilly...and really needs to work on his analogies! "And now...the little mice...will lead the cat...to the cheese...and the cat will watch...and the little mice...will nibble themselves...to death!" And yes, Glen Gordon really does make that many pauses whenever he talks! And I didn't even mention the constant stream of 'ah''s! Here's a made-up line of something Fu'd be wont to say, and here's how Glen Gordon would say it!-'I-ah will...destroy-ah Sir-ah Dennis...and-ah he will-ah see...his-ah country-ah crumble!'-what an actor! 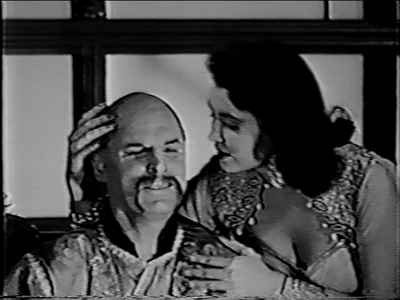 Our heroes are taken to Manila, and go out on a boat to the rough position where the ship convoy was sunk. One of the group goes down to investigate, but encounters trouble, courtesy of Fu Manchu...

Will our heroes get the documents on time?
Will the sunken ship blow up with Petrie onboard?
Will all this stress evenually make Betty snap and murder Dr. Petrie?

The Secret of Fu Manchu is an entertaining episode of Adventures, and it doesn't share the same problem plotwise that Prisoner did-Secret has more than enough time in its twenty-five minute running time to develop and play out its plot. 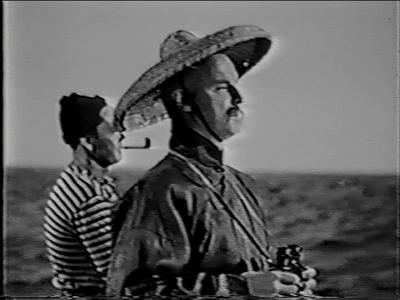 As for the episode's acting, most of it's good, and the only bad actor is, of course, Glen Gordon (who still churns out an entertaining performance).

The episode's attempt at special-effects is kinda laughable, as it looks like an obvious doll whenever someone is being lowered down underwater, but it's understandable, considering the trouble it'd take to actually film those underwater scenes in the 1950's. 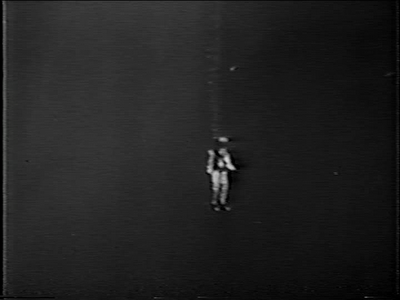 The episode has a few unintentionally hilarious moments, from Dr. Petrie's kinda sexism to one scene near the end, when our heroes are on their boat, by the sunken ship's coordinates. The guy who dives down starts choking, and is brought back up, and found in his breathing tube are steel shavings. Everyone realizes that there is a traitor aboard, and that it's Mr. X (I'm calling him that because he's never named) and X takes Betty hostage. He demands that Nayland Smith drop his gun and throw it to him, which Smith does. Then, Mr. X, in a huge moment of stupidity, completely lets Betty go and leans down to get the gun (which iskinda far away from him), turning his back to the people trying to capture him! With stupidity like that, you don't need to be a rocket surgeon to guess that Mr. X is gonna end up a meal for the sharks!...Yeah, as soon as he falls into the water, he's immedately found and devoured by a random shark!

The episode features plenty of Kolb, but Karamenah again only acts as background. Betty also gets her usual amount of screentime, rather than being offscreen making coffee for the whole episode, which is good. 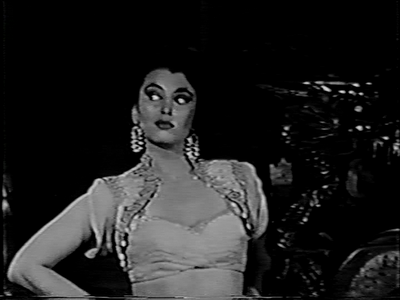 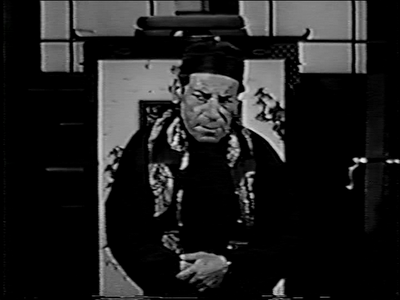 So, to finish up, Secret of Fu Manchu is a fun as usual episode of The Adventures of Fu Manchu...
Posted by Chris Hewson at 12:21 AM