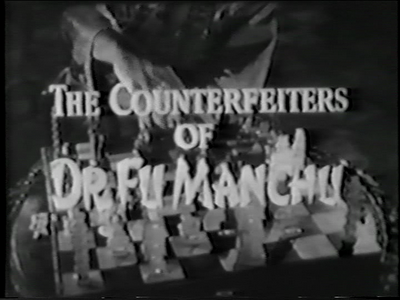 I'm back, with Episode 10 of The Adventures of Fu Manchu, where the insidious mastercriminal plots to destroy America... 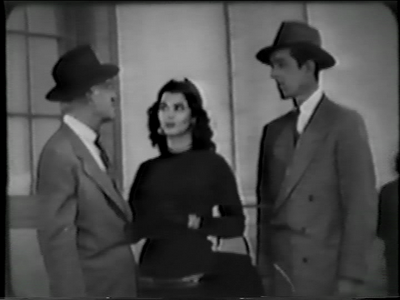 The episode opens with Petrie narrating about Walter Stafford, 'the happiest man in the world'. Stafford (Howard Wright) is about to go on a cruise with his wife when he's kidnapped by Karamenah and a dacoit lackey. Stafford is taken to Fu Manchu's evil lair (Mark 33637879) where Karamenah forces him to take a pill. Hey! Two minutes in, and not only has Karamenah actually had a line of dialogue, but she's actually doing something! Nice! Stafford asks (clunkily) "what's in that pill you forced me to take?", and Fu Manchu comes into the room. Stafford used to be part of the 'bureau of ingraving' as the creator of a special ink used in American currency, and Fu wants to use his services. When Stafford refuses to aid Fu, the effects of the pill start, wracking Stafford's body with pain. Fu gives him the antidote to the previous pill (which was set to cause unimaginable pain and death), and Stafford agrees to help the 'devil doctor', on the condition that he can contact his wife each day. 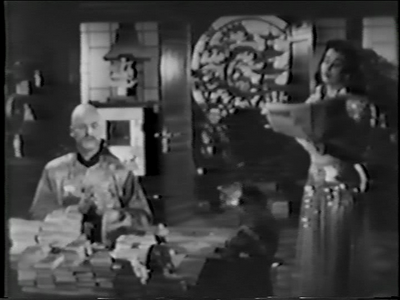 Sometime later, Stafford's wife, Martha (Dorothy Bernard), goes to see her and her husband's old friend, Dr. Petrie, due to his connections with the police. She tells him that Walter is missing, and he calls the police. Later, Petrie and Nayland Smith are with Martha, and while talking, a letter is delivered to her house. It's from Walter, and Martha reads it and realizes that it's a coded message (Walter and Martha used to be codebreakers during World War II). She deciphers a set of coordinates, then her phone rings. The call is for Nayland Smith, and  the person on the other end of the line tells Smith to turn the TV on.

On the TV is the news, reporting on an event in New Mexico, where a plane dropped a million dollars worth of money onto the city, all of which was declared legit by banks. "I wonder why someone wanted us to see it?" Nayland Smith thinks. WHAT DO YOU THINK, YOU MORON?! A person responsible for working on the main thing that makes money legal tender rather than worthless paper has been kidnapped, and a mysterious phone call directs you, the investigator to said person's possible kidnapping, to a news report of an unexplained money drop! I guess you must have left your thinking cap at home, Nayland Smith! 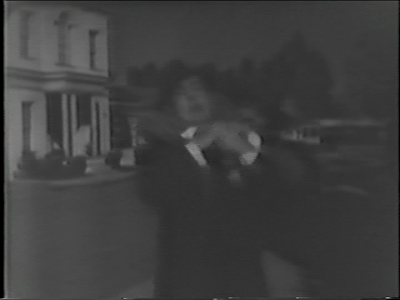 When Smith leaves Martha's house, he's attacked by a henchgoon, who Smith dispatches. He questions the thug, who says that Fu Manchu wants to see him, and tells him that it'll be 'the most important thing you'll ever do'. When convinced that he's not walking into a trap, Smith is blindfolded and taken to Fu Manchu's lair. Fu tells Smith of a top secret American power plant in development, that plans on using 'anti-proton' power. Fu demands that he be given the plans, or else he will drop millions of dollars in every city in America, shattering the economy with a flood of money.

Later, Smith and Petrie are talking with a board of...people...who talk about...stuff, etc... 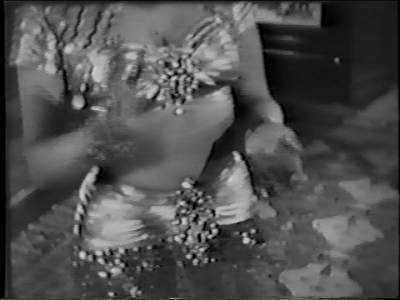 After the conference, Smith is taken again to Fu's lair, where he asks about Walter Stafford, and Fu gets a cool villain line!-Nayland Smith: "Are you holding Walter Stafford prisoner?"-Fu Manchu: "That is a simple deduction not worthy of you. Besides, what difference does it make?"-Smith: "It makes a great deal of difference to his wife. She's old and sick."-Fu: "Then that should make even less difference!". Smith spins a story to Fu, telling him that the power plant plans were scrapped due to dangerous over-radioactivity, but Fu doesn't believe him and think's he's stalling. 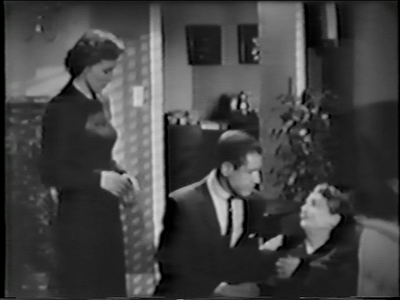 A massive search is done for any clues on Fu Manchu's whereabouts, but with only two hours left until Fu's deadline, the economic future of America is in extreme question... 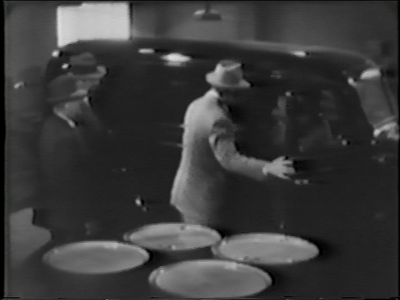 Will the Devil Doctor's counterfeiting plan suceed?
Will Fu Manchu finally realize that he can just kill Nayland Smith?
Will Fu's background monkey ever get more to do?

The Counterfeiters of Fu Manchu is a fun episode of Adventures, though, it unfortunately makes little use of Kolb or Betty. Karamenah gets to do a bit more than usual, so that's cool!

The episode has a really unintentionally funny moment at the end. Smith and Petrie have located where Fu was keeping his counterfeited money, and after taking care of the henchmen there, the phone rings. Smith answers it, and the caller is Fu Manchu. Fu asks how everything's going, and Smith says, "oh, Dr. Fu Manchu! This is a most amazing coincidence!", and then, Fu Manchu says the stupidest thing he's ever said in any iteration of his character!-"Who is speaking, please?". Are you kidding me, Fu?! You seriously don't recognize Nayland Smith's voice?! After your constant battles with your arch-nemesis, and the long talks you had with each-other you had not even a day ago, and YOU DON'T RECOGNIZE HIS VOICE?! 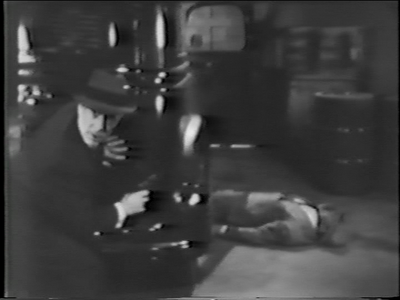 Another thing the episode has a bit of is a monkey in Fu's lair. For one, it is cute, secondly, it's on the DVD cover! (Not my DVD-R copy of the entire series, but the public domain tv DVD). Yeah, I'm probably making too big of a deal of the fact that the episode contains a cute monkey, but...IT'S CUTE!

Another positive the episode has is a couple of cool-ly framed shots! (Or at least, they'd loook properly cool if the film quality was better) 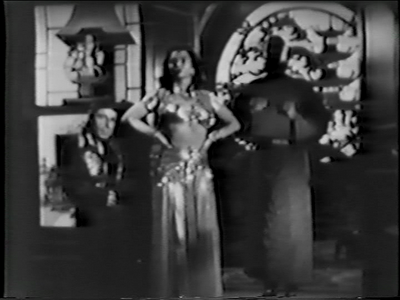 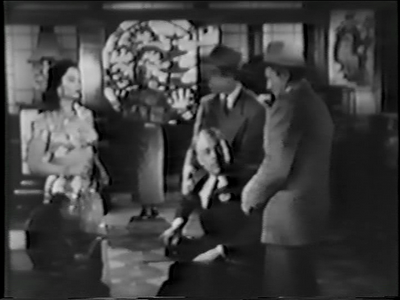 Am I the only one who's reminded of the poster to Demons 2 (as well as that particular scene in the movie) when I see that second picture?

A problem with Counterfeiters' plot is that Smith and Petrie never find Fu Manchu's money cache, as well as the kidnapped Stafford through any inteligence or hard-work of their own, but only because of the coded message Stafford sent.

In closing, The Counterfeiters of Fu Manchu is an entertaing episode of Adventures, even if it does have a couple of problems...
Posted by Chris Hewson at 8:56 AM