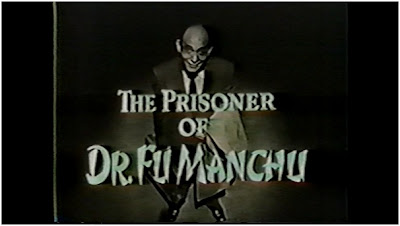 Oh, hey! This episode-The Prisoner of Fu Manchu-is in colour!ohwait, no, the film print is just that bad!

This episode of the Adventures of Fu Manchu was originally the first, best to my knowledge. It was aired first, and probably made first too. How can I tell? Well every episode has the opening narration about Fu Manchu, and it's always done by the same voice...except in a couple of episodes, where it's done by someone who's doing a terrible voice-over! He doesn't try any depth, or effectiveness, he just acts like he's halfheartedly reading it from a script-he's as underdramatic as you get get! 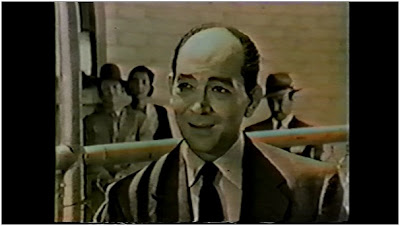 The Prisoner opens up with Professor Hugh Yan (Leonard Strong) leaving Asia for Washington (I guess) for a conference between nations, to which he can possibly make peace between the West and the East possible. Yan gets off the plane and talks with a reporter (who I think is actually played by an Asian guy! Not common for something from this era).

The ep then cuts to Fu Manchu's evil lair (Mark 762354. Fu Manchu has as many lairs in this series as rabbits have kids-all normal apartments, with added Eastern decor that all probably costed around forty bucks-FEAR THE DECOR OF FU MANCHU!), where he has Betty Leonard hostage. He hypnotises Betty, and instructs her to go to the airport where Hugh Yan will be arriving at, and drug him. 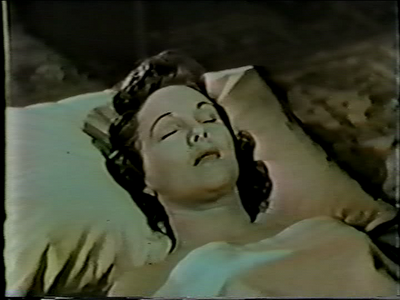 Dr. Petrie, at the airport for delegate health reasons, takes Professor Yan in for a Smallpox vaccination, and Betty, entranced into thinking that Yan is sick and needs an immediate injection, sticks him with a hypodermic. Just as it happens, Nayland Smith walks in, and deduces that Betty was acting under post-hypnotic suggestion. He also mentions that a mission he was just working on was a wild goose chase, possibly to divert him from whatever might happen to Professor Yan. Also in the room is Karamenah and a  dacoit lackey. When I first saw this scene, I did think 'THEY'RE IN THE ROOM WITH YOU, DUMBASSES!!', but if this was originally the first episode, I suppose, the the heroes might not have encountered Karamenah yet. 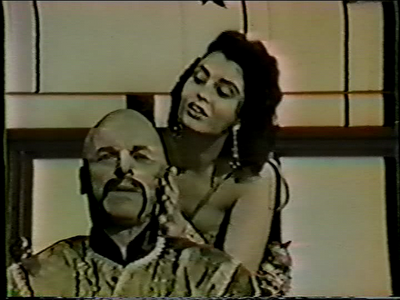 The episode cuts to Fu Manchu in his evil lair, who's having a case of the grumps because Professor Yan didn't recieve the full injection of the hypodermic Betty had. Then Fu hilariously waxes sexist to Karamenah
"A woman is eternally unpredictable, and can upset the best laid plans...If there is any weakness in my plan, it is because I have used a woman!"-Ah, 50's, how 'charming' you were... Fu then orders Lauder, a henchman, to kidnap Professor Yan from the hospital he was admitted to.


While Dr. Petrie is testing the cotents from Fu's hypodermic, Professor Yan is kidnapped. The scene immediately cuts back to Fu Manchu's lair, and he tells Lauder to make sure that the testing on the hypodermic substance is not completed. Umm, Fu, WHY ARE YOU TELLING HIM THIS NOW?! Seriously Fu, you call yourself an evil criminal mastergenius?! You should have gotten Lauder to screw the serum test up, then kidnap Yan! 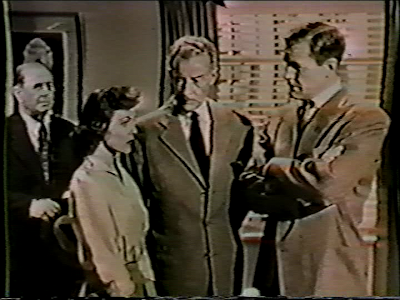 The conference of nations starts, and America is willing to share its new invention, a radiation shield, if the other nations share their own secret industrial plans. America plans to use its nuclear reactors for peaceful means, to grow crops for 'the hungry masses', and stop any need for war. One delegate says that he got a call from an anonymous source claiming that one of the nation's present at the conference was responsible for kidnapping Professor Yan. Nayland Smith arrives at the conference, hearing the delegate's claim, and dissuades him from the thought, and he tells the conference about Fu Manchu. The delegates think Nayland Smith is crazy (and Smith's paranoid rant doesn't help either! Choose better words, Dennis, or everyone will think you're cuckoo for coco puffs!), then, suddenly Professor Yan arrives at the conference, safe and unharmed...but with nefarious intentions... 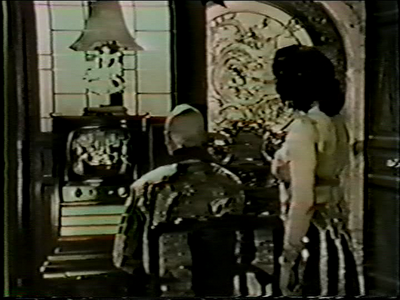 Will Fu Manchu's plot destroy world peace?
Will Lauder destroy the hypo serum?
Will Nayland Smith see a specialist about his obsession with Fu Manchu? 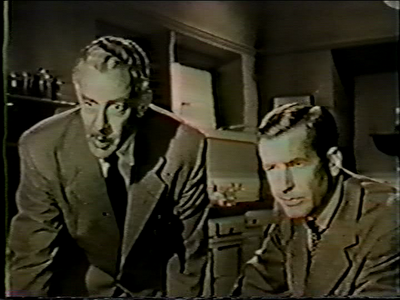 The Prisoner of Fu Manchu is a fun as usual episode of Adventures, but it suffers from having not enough time to tell its story. Also, several things aren't explained, like Fu's henchman Lauder being part of Dr. Petrie's medical team. That was only revealed in the last few minutes of the episode, and he's killed almost immediately' and there was also how the imposter managed to make himself look so identical to Professor Yan. Those aren't big problems though. 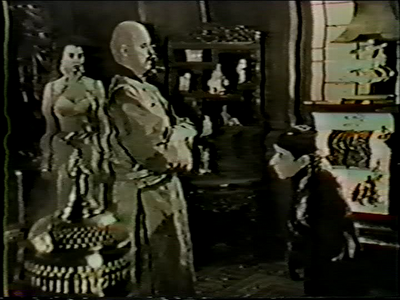 Betty gets her usual amount of screen-time (about as much as Smith and Petrie), but both Kolb and Karamenah get shafted, as Karamenah acts only as background throughout, and Kolb is background for two short scenes. 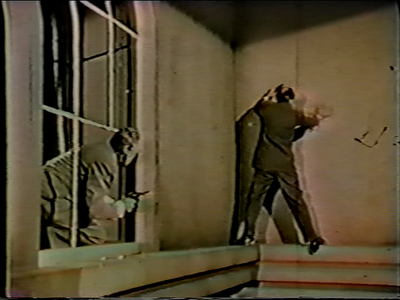 So, in closing, this is a good episode of The Adventures of Fu Manchu, and you'd better believe that the crappy second (well, technically first) opening narrator, as well as the piss-yellow camera tint both make a return sometime down the line...
Posted by Chris Hewson at 5:30 AM